When Apple adopted the USB in the early 2000s, it led to a greater need for USB keyboards. This was among the first 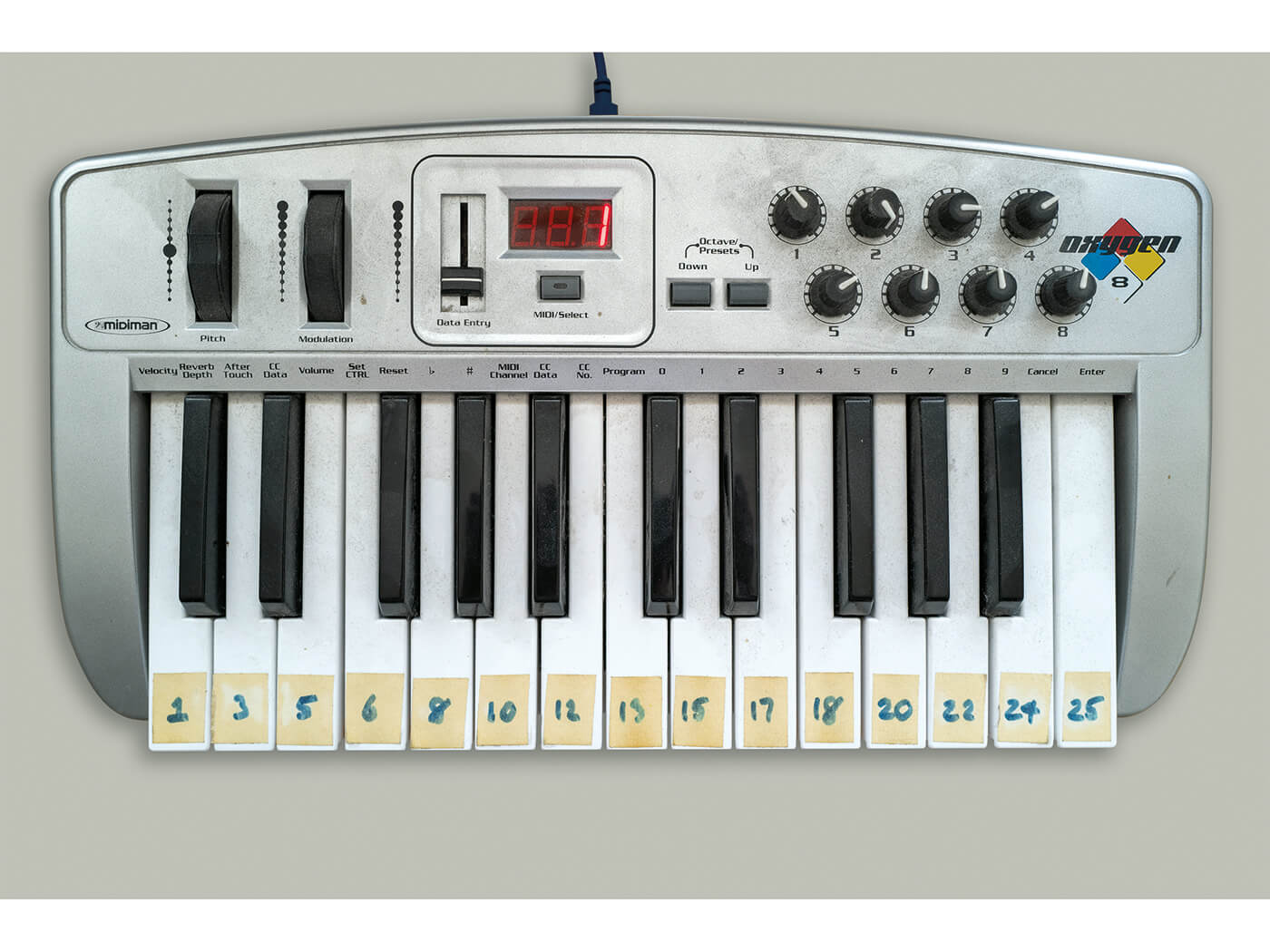 Back in 1998, Apple caused jaws to drop when it released the original Bondi Blue iMac G3. That design was enough to cause extreme reactions from both positive and negative critics, but what really provoked computer-music types was its connectivity. Bye-bye SCSI. The iMac was all about USB.

Back then, I was lucky enough to own an iMac (my first computer) so I came in clean. I didn’t have a collection of legacy devices. I recall using a budget Edirol USB audio interface for a while and then, out of the clear blue sky, I picked up the Midiman Oxygen 8 keyboard.

The Edirol interface didn’t stay long; interfaces were evolving apace. But the Oxygen 8 proved more durable. It’s still in my studio today, the wear and tear of the intervening years evident from the images here. I’m not really a proper keyboard player, so the Oxygen 8’s format suited me well – with 25 full-sized keys, it doesn’t take up too much space. It doesn’t require another mains plug too, as the unit draws power from USB. 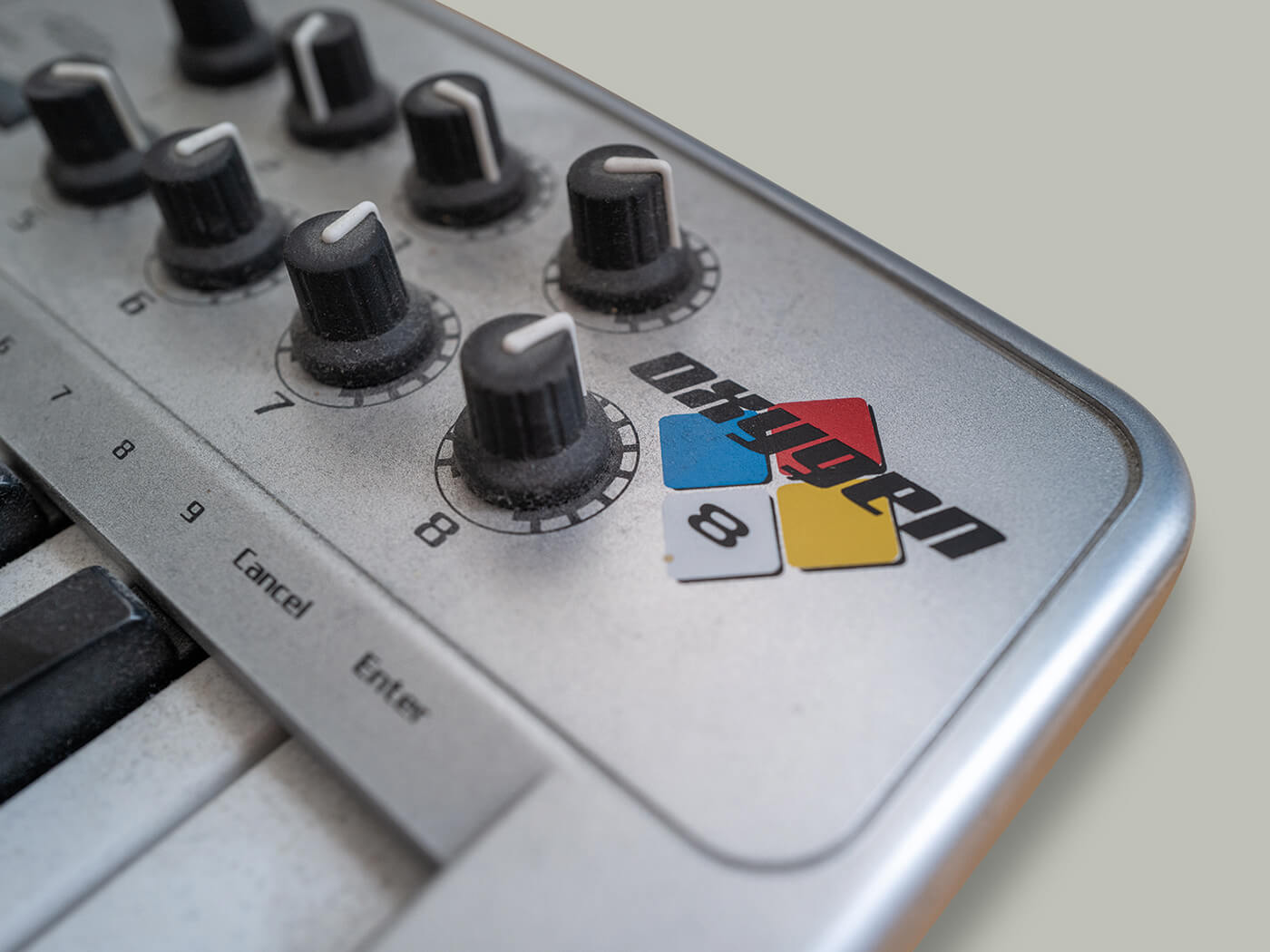 If used away from the iMac, it could also run off a nine-volt mains adaptor or six AA batteries, inserted underneath. The keys are velocity-sensitive, with pitch and mod wheels placed above them. But it’s the eight control knobs that typically see more use in my setup. The octave buttons allow the keyboard to transpose up or down over eight octaves, and there’s a healthy level of assignment potential, available through using the MIDI/select button in conjunction with the other controls, including a data-entry slider and the keys themselves, all labelled according to their particular assignment functions.

All external connections are at the back of the unit: sustain pedal, two MIDI outs, USB, power switch and mains input. Though the vast majority of us, myself included, have largely moved on to more creative hardware controllers such as Ableton’s Push, Novation’s Launchpad and Native Instruments’ Maschine, there is a simple joy that comes with using a small keyboard for the same functions. When I first started using the Oxygen 8, Ableton Live didn’t have MIDI tracks, instruments or effects, and I was composing with the underrated DAW Metro from Sagan Technology, which is still going at sagantech.com.

What Live did have though, was MIDI mapping, so the knobs and keys on the Oxygen 8 were put to full use – launching clip and scenes, and controlling audio effects – which is part of the reason why it has so many now-yellowed scraps of tape stuck to it. I expect it’ll be a bit of a job cleaning those off now… 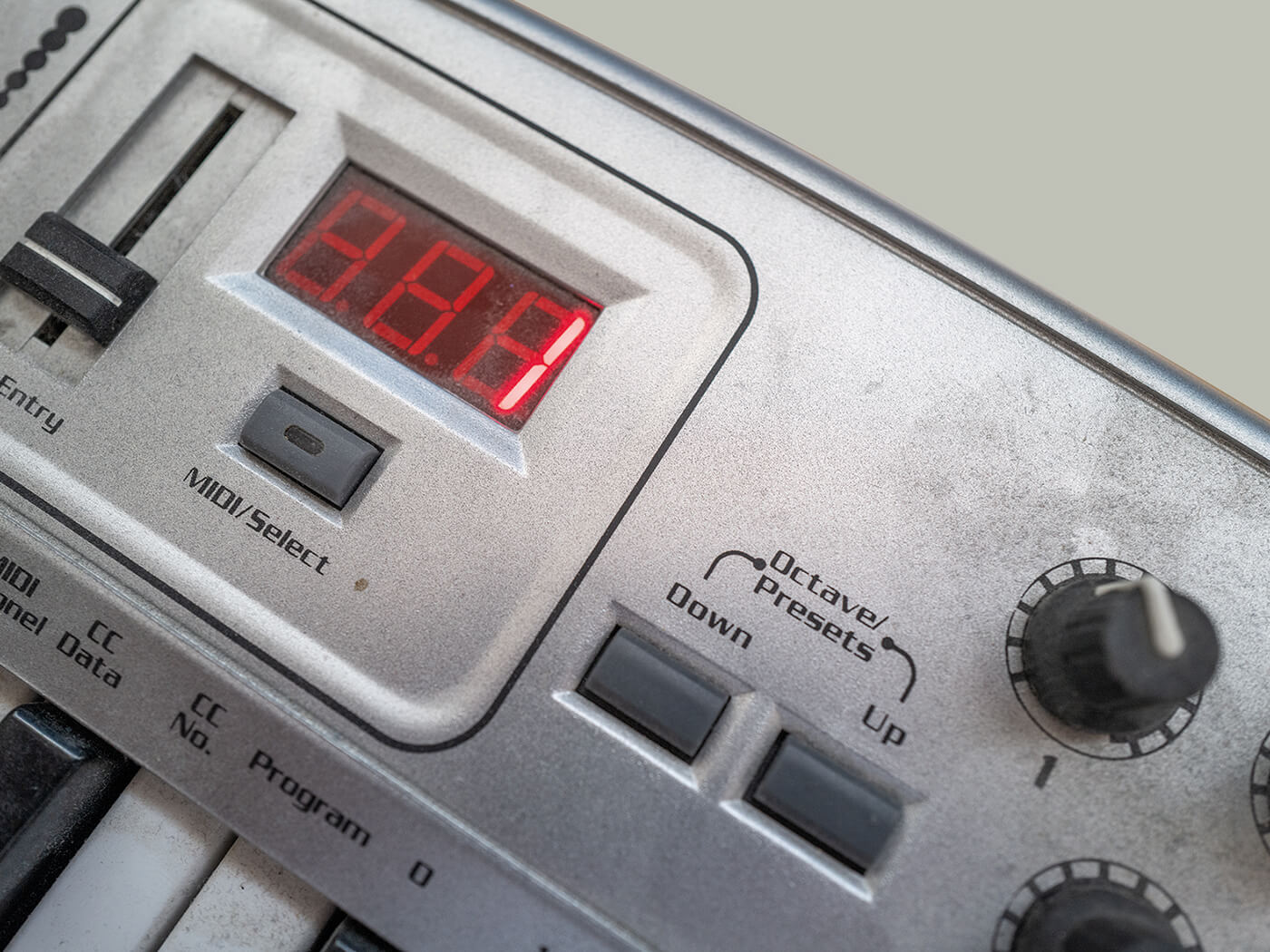 Given how much gear I’ve amassed since 2002, it’s amazing that the Oxygen 8 has survived. I even still have the box. Unlike more recent class-compliant hardware, software drivers were required for macOS 9 and Windows 98 and higher. Therein lies the issue with using it in 2020. Though it remains physically solid, those drivers are out of date. Midiman would eventually evolve into its next form, M-Audio, which in turn was taken over by Avid, and official support sadly ended long ago.

I have been able to find the drivers online, shared by fellow users. But each macOS update pushes the Oxygen 8 further and further into obsolescence. We’re more used to some level of instant mapping for our hardware these days too, and everything on the Oxygen 8 has to be physically assigned. I’m beginning to consider giving this one away to somebody who uses older computers. Where it might be most useful is with hardware synth or sampler modules – power the Oxygen 8 via nine-volt or batteries and connect to hardware using the MIDI ports. It’s certainly worth a try, and this new role could extend its life by another 20 years. Here’s hoping.