Everybody needs at least one rack module – it’s good to experience different working methods and to use gear that doesn’t need a computer – just add a MIDI keyboard! 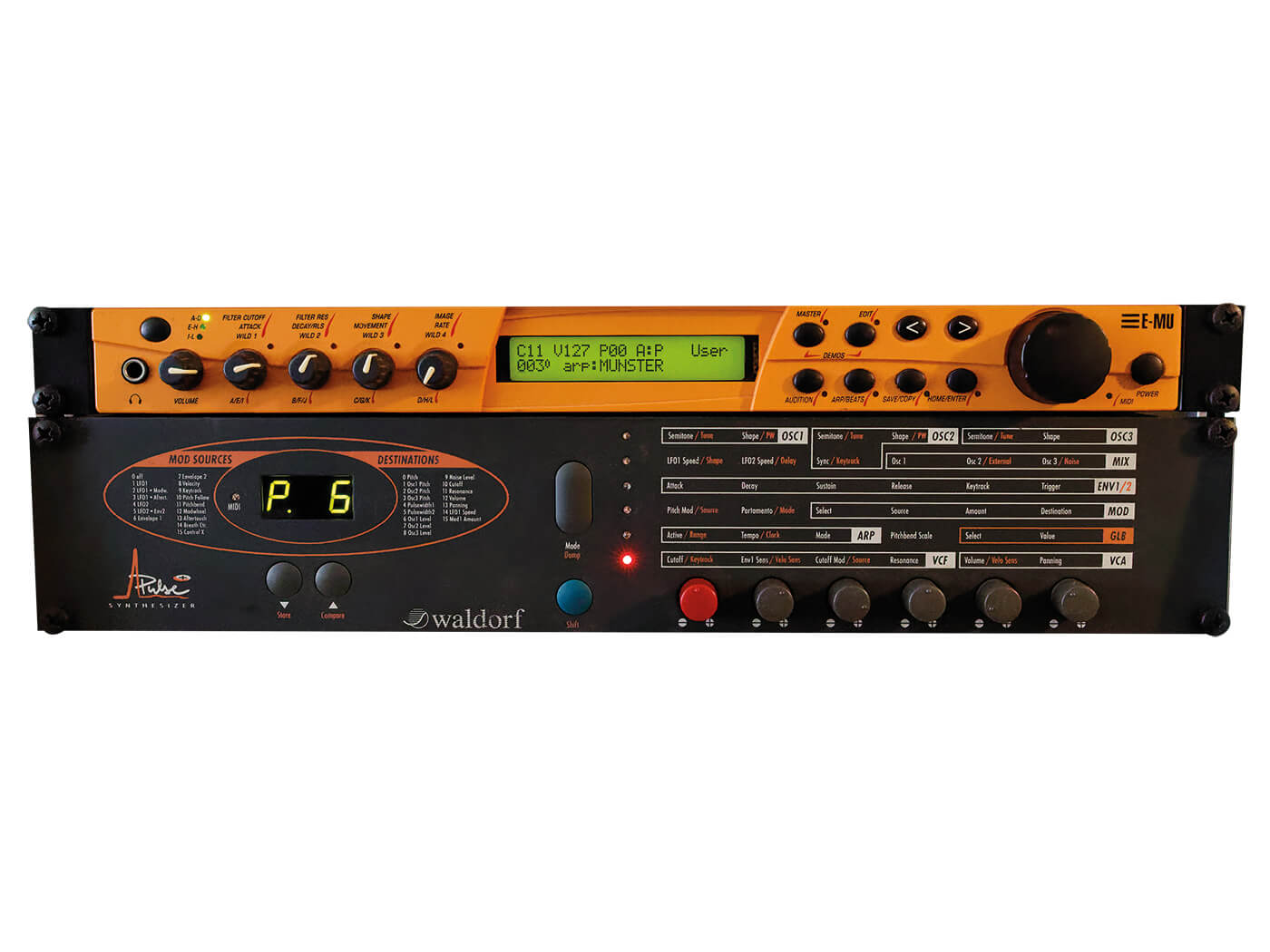 For a while, nobody wanted 19” rack-mounted instruments – it was all about the table-top module, then the modular rig. But now the humble rack synth is enjoying a comeback, and the E-mu Xtreme Lead-1 is a good example – a sound module with an array of instrument sounds and effects that doesn’t do much until connected to a computer or MIDI keyboard. There are pros and cons to such devices. These things are often cheaper than plug-ins, and they offload processing tasks from your computer. They don’t need much space, and by the time you’ve strung all those little Korgs together, they’re not so compact. On the minus side, a 1U rack device won’t have any kind of desirable user interface.

Furthermore, it’d take a lot of modules to equal the quantity of sounds available in software. Then there are the cables, power supplies, and MIDI and audio interfaces. Dating back to the year 2000, the Lead-1 is a digital synthesizer/sound module, issued as part of a series of genre-specific devices based on E-mu’s Proteus. The Lead-1 is a fast way to recreate those 90s dance sounds, with pianos, organs, pads, leads, basses (some very nice squelchy ones), FX, and beats. You can make an entire tune with this for maximum retro bliss, or mix and match with more contemporary sounds for fresh textures. The front panel features the obligatory backlit display, and a bunch of knobs and buttons.

The rear panel includes MIDI In/Out/Thru, as well as left/right 1/4” audio outputs. USB? – nope! However, the Lead-1 is expandable in other ways thanks to two internal slots, which take cards from other devices in the range. There’s also a ‘Turbo’ version, which adds further MIDI and audio outputs. There are gloriously dated onboard demos, which nonetheless represent what’s achievable, and an ‘Audition’ button that triggers the presets via onboard sequences. It’s very well specified for MIDI, and capable of a lot more than just playing the notes, from loading presets based on bank and program messages, to an extensive modulation matrix. 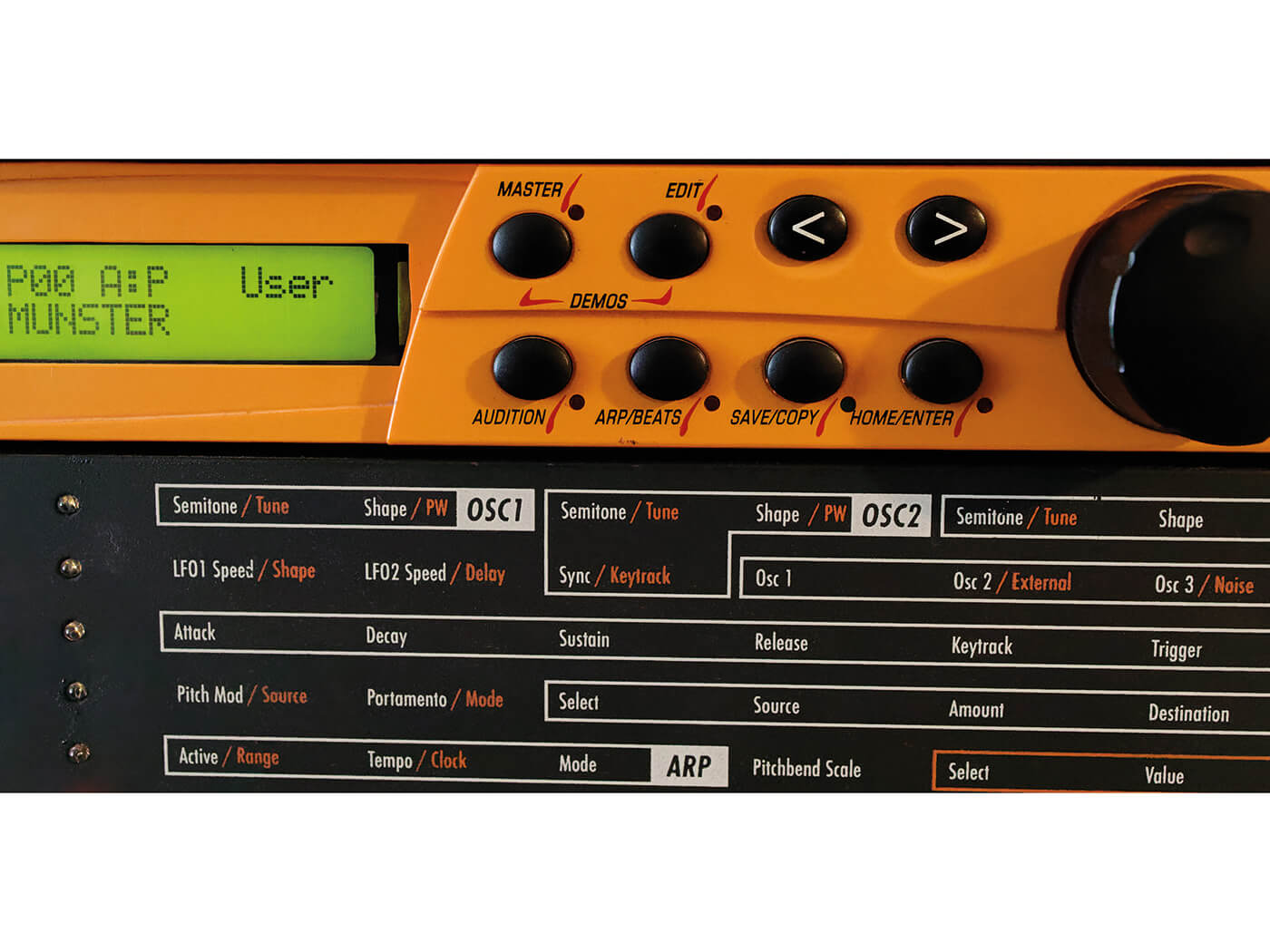 The Lead-1 is based on 32 MB of samples, playing sounds at 16 bit/44.1 kHz resolution, with 4 oscillators, 16-part multitimbrality, 64 note polyphony and 1024 preset slots. Voices can be stacked to create more complex patches with switching and fading between up to 4 layers. The presets are enhanced by 24-bit stereo effects, including reverb, delay, chorus flanger, and distortion. There’s also a filter, naturally, with various modes including 12dB Slope (2-pole), 24dB Slope (4-pole), 36dB Slope and Band Pass, alongside others. Really, it’s rhythm that is the Lead-1’s secret weapon.

Arpeggiator patterns can be added to each part, which is where things get really interesting and hypnotic, and the factory patterns are very editable. Each arpeggiator can send MIDI out, as can the front panel knobs. There’s also the Superbeats Mode, which basically represents the triggering of preset drum patterns from MIDI notes. These are laid out across the keyboard with a separate note for each part, i.e. kick, snare, hat. These are latchable, and can also be grouped so an entire beat is played from one note if preferred. This is a major step in making the Lead-1 function as a self-contained unit.

The Xtreme Lead-1 is a great, groovy, MIDI-friendly instrument and it has more features than you’ll ever use (I haven’t even mentioned the user-definable alternate tunings). It’s still a brilliant, creative addition to your set-up. It shows up on eBay regularly, and while you’re there you could also look out for the XL-7 desktop version (currently around £314), and the XK-6 keyboard version (currently around £390).