A look back at the Yamaha VL1, a groundbreaking modelling synth

Yamaha is celebrating 45 years of great synths. One of the more innovative stars of that history is the VL1 – it was a groundbreaking synth, but was it just ‘wrong place, wrong time’? 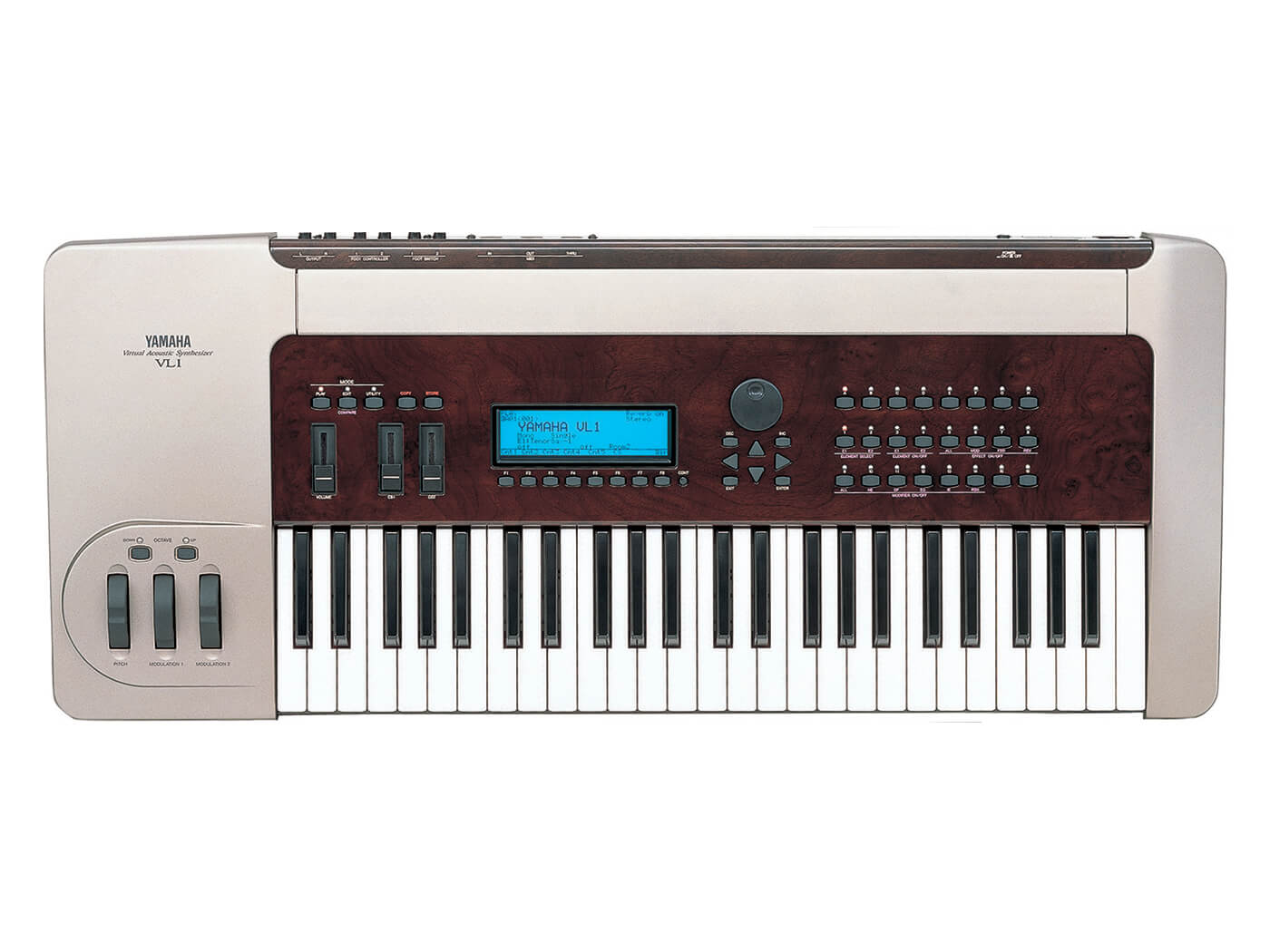 We’ve been celebrating Yamaha’s 45 years of synth development in recent issues and one of its most groundbreaking models – although not ultimately as popular as the company might have liked – was the VL1.

It was the mid-90s when the VL1 was announced and, at the time, it seemed like the ideal point to launch something different in the world of synthesis. People were tiring of black sample-based synthesizers, drawn more to the analogue machines of the past, thanks to the worldwide phenomenon that was (and still is) dance music, a genre that very much uses analogue acid sounds at its core.

The news that the VL1 used Virtual Acoustic (VA) modelling initially made me think it could be a good fit into this world. After all, digital modelling was starting to be used to create virtual analogue-sounding machines that were very much aimed at dance music producers.

However, at the best part of four grand, Yamaha quite rightly had to aim VL1 much higher than your ‘one bassline, one drum machine’ techno head, so the new keyboard was very much heralded as being a totally new way of creating expressive, breathy, organic and highly realistic ‘proper’ instrument sounds – think wind, string and brass, although it could quite easily create out-of-this-world versions of these, too (and to me, these were its main highlight, but what do I know?).

The VL1’s Virtual Acoustic modelling technology used a signal from a sound generator (called an Instrument) which was then shaped by a Modifier to control the sound of the model. You could use a mouthpiece as a Modifier, so VL1 came with a wind controller to make the best of its onboard modelling. The synth really could pull off some amazing sax and trumpet sounds, with all the necessary subtle changes in pitch and timbre being manipulated with both the breath controller and keyboard.

Indeed, the success of the VL1’s sound was largely down to how it could be so expressively shaped and played with any external MIDI controllers – not just wind – making it an incredibly innovative instrument for performance.

This was a major plus, yes, but VL1 was released at a time when other synths were reaching a peak in terms of their more traditional processing power. Yamaha’s own SY synths and workstations, for example, were packed full of polyphony, sequencing and multitimbral playback, so any synth layman of the time would (and did) assume the VL1 was far less well endowed. Just two notes of polyphony for that price? You must be joking.

This incorrect perception of VL1’s power, combined with the need for skilled breath control and an understanding of VA to get the best from it, meant that the keyboard never shifted in huge numbers. It was also a time when the synth market split into two main areas. There were the former sample-based synths adopting more workstation features to appeal to wide-ranging studio and live musicians, while a whole new breed of virtual-analogue machines – from the likes of Access, Clavia, Novation and Yamaha themselves – were the main choices for the fickle dance producers. VL1 was arguably the synth that fell between two (sample-based and virtual-analogue) stools.

Yamaha wouldn’t give up on the cutting-edge tech, though, and the VL1 led to further Virtual Acoustic models, including the VL1m and more polyphonically endowed VL7, all still great buys for today’s sonically adventurous producers (although they are increasingly rare). Push the VA extremes and you really can get some gloriously alien sounds out of them.

The final irony is some producers have now claimed you can get a mean TB-303 squeal – the original acid sound of dance – out of a VL1. Okay, it was an expensive way to do dance in the mid-90s, but could this have been the machine that dance music was waiting for after all?