Matt Wiggins Interview – Take Me To The Church

Matt Wiggins has been nominated as Recording Engineer Of The Year at this year’s MPG Awards. As well as engineering with Paul Epworth, Matt recently set up his own studio at Strongroom for mixing and production duties. He has worked on records by everyone from Adele to Florence and the Machine and also engineered and […]

Matt Wiggins has been nominated as Recording Engineer Of The Year at this year’s MPG Awards. As well as engineering with Paul Epworth, Matt recently set up his own studio at Strongroom for mixing and production duties. He has worked on records by everyone from Adele to Florence and the Machine and also engineered and mixed tracks on the Glass Animals album How To Be A Human Being which is up for this year’s MPG Album Of The Year… 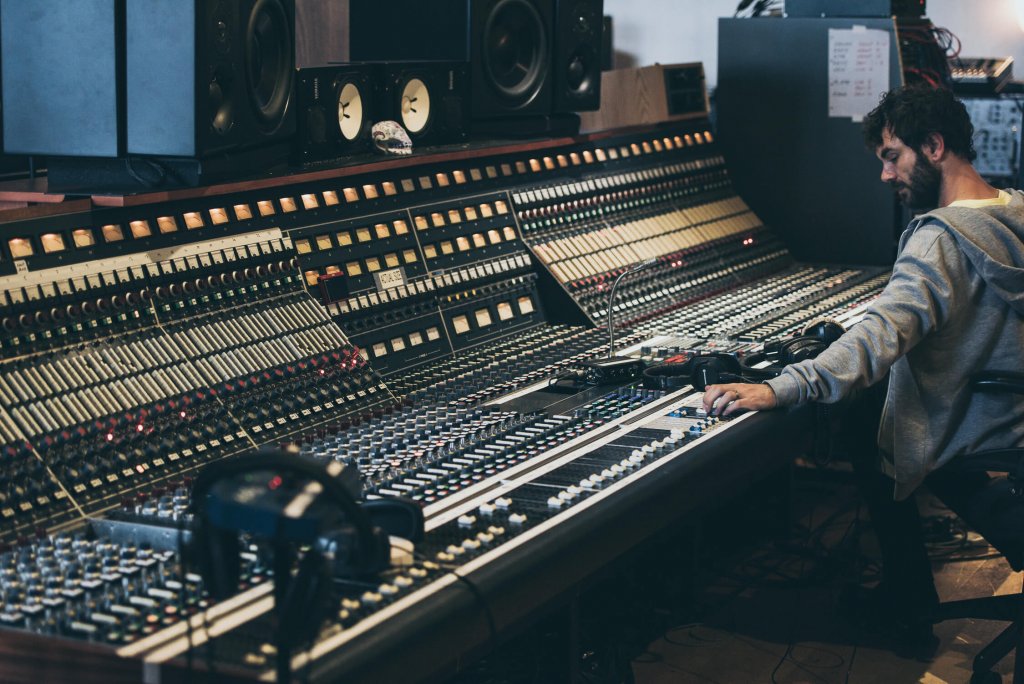 MusicTech: Tell us a little about your background and how you got into engineering and production

Matt: “I guess my interest in the production and technical side of music came from DJ-ing and collecting records. Some of the records came across a lot louder and more impressive than others and I wanted to know why and how that was done. I decided to study music technology at college in Salisbury and got a lucky break as when I finished the course; I knocked on the local studio door [Studio 360] and the assistant there was just off to London. I learnt a lot there but it ran its course and the studio shut down so I went to University at Southampton. Between the first and second year I came up to London and did work experience at Miloco Studios. When it came to going back to Uni Miloco offered me the chance to stay on so I deferred for a year and that turned into another, then another…”

“It was great because Miloco had a range of studios across London so I got to learn on everything – SSLs, old Amek desks, EMTs, VR’s, a range of stuff – and in tracking rooms and mixing rooms of all different sizes. It was a great environment and you had lots of different producers and different genres coming through the door, so you could take aspects of each of those and apply them to what you were into.”

“At some point they changed the system to having one assistant per room and I was lucky enough to get The Pool Studio, Ben Hillier’s room. That’s when I started assisting Ben and then Paul Epworth who was a regular there. I did some great records assisting with him: the first Florence [and the Machine] record [Lungs] and the second Jack Peñate LP amongst others. After a few years I progressed to engineer and at the same time Mark Rankin (Epworth’s engineer) had moved on. I got the call from Paul asking me to be his engineer and I obviously jumped at the chance, it’s been amazing to work with him on loads of great records.” 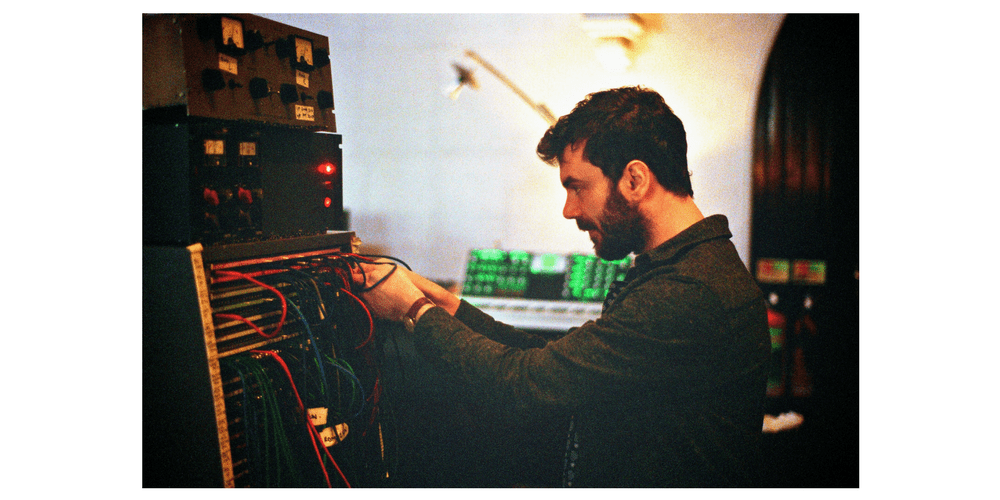 MT: Are you still doing work with Paul?

“I still do bits of engineering for him so still work at [Epworth’s studio] The Church but I’ve just had a recent move into my own space at Strongroom Studios – it’s really cool.”

MT: You’ve been pretty spoilt with the studios you’ve worked in then!

“Yeah, very lucky I guess! Ive got to work in the top studios around the world which has been amazing and The Church itself is obviously next level. It’s nice here [at Strongroom] because, like The Church, it’s a bit more of a complex. There’ s a tech department, they’ve got a Neve room an SSL room and there’s lots of people around that you bump in to, it’s a really nice atmosphere here.”

MT: How did the Glass Animals project come about?

“Glass Animals are signed to Paul’s record label Wolf Tone. We recorded the first album ‘Zaba’ in Paul’s previous studio and with the second record [How to be a Human Being] I engineered that at The Church and also mixed tracks from that record there too. It was a lot of fun as we’d known each other a while and they had such a great idea and theme for the record. The band came with a strong idea of what they wanted the record to be. They’d been touring a lot and that time travelling around shaped the theme for the album, from ideas, phrases and characters they’d met along the way. Getting the chance to mix tracks on the album was great, having been involved from the beginning of the record I had a clearer idea about what the guys were trying to achieve, it was incredible to see it through to the final stages. 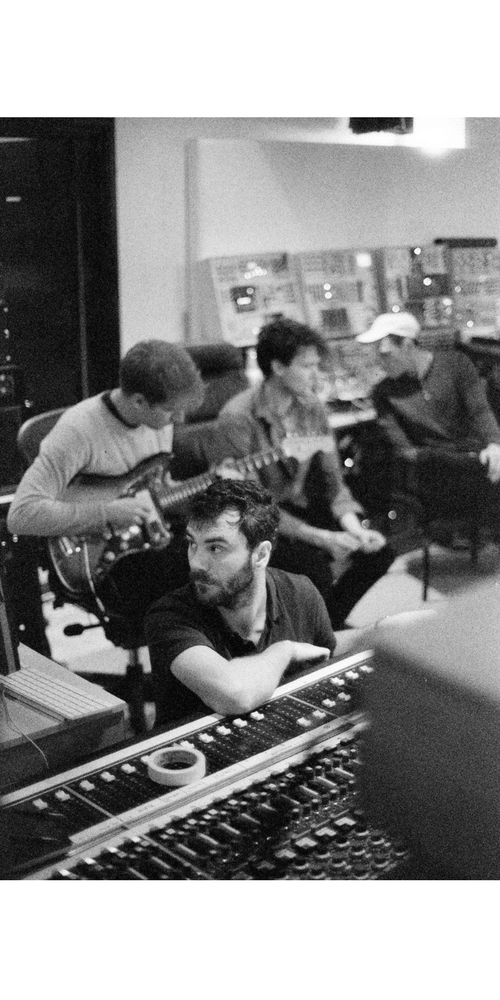 MT: Tell us about getting the MPG nomination – when did you hear and how did it feel?

“I’m just so pleased to be nominated really. The standard is so high that just to be considered is brilliant.”

MT: Tell us about your own studio set-up – what’s at the core?

“I use Pro Tools. I do have Ableton for programming but primarily it’s mixing and recording in Pro Tools. I have a Universal Audio UAD-2 Octo Satellite [DSP system running UA plug-ins]. I also have some modular synths, tape delays, and spring reverbs. I’ve got an 1176 Anniversary Edition compressor which is wicked and some Kush compressors. For monitoring I have NS10’s off a Bryston and my very detailed PMC TwoTwo 6’s.”

MT: Which plug-ins do you use the most and why?

“I’m mostly in the box with a few hardware inserts as well. So I use a lot of the UA plug-ins – I like using the mic pre amp channels as inserts, for example on the UA SSL channel you can flip onto mic level input and distort everything. Their new EL8 Distressor is awesome and the Neve 33609 compressor is cool too. I use the air band in the Maag EQ a lot on vocals. The tape machines are very flexible as well – anything you can kind of scrunch stuff up with is generally good. I also use a lot of Fabfilter plug ins for the more sensible subtractive side of things.” 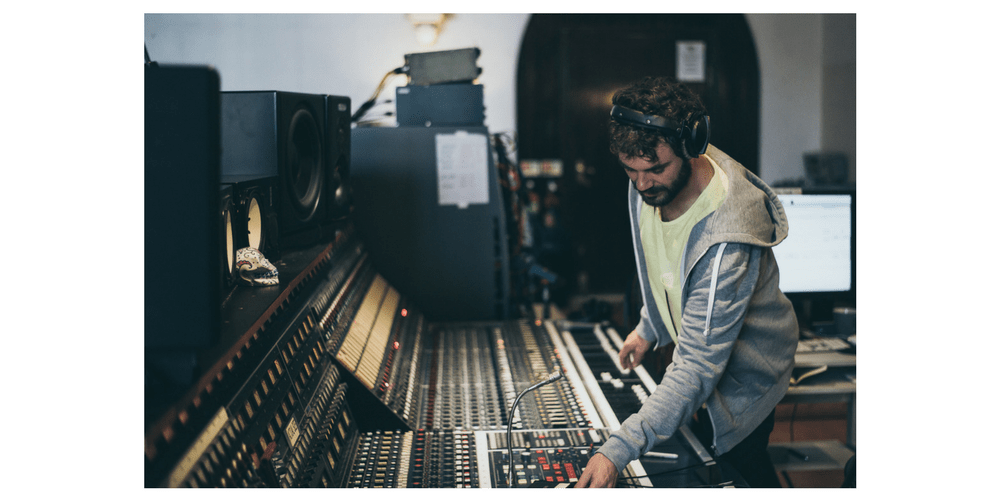 “The Chandler units all look awesome, I’d like some of that and maybe some Empirical Labs stuff. Then just constantly on the look out for some more interesting springs and delays really…”

MT: What is your number one piece of advice for working with artists in a studio?

“Being open to ideas and having the time to try different approaches is important, and not shut down any ideas before they’ve had time to develop.”

MT: And your top recording/mixing/production advice?

“Try and listen and be aware of what is happening around you instead of just burying your face in Pro Tools. If you can have one ear or one eye on what people are doing behind you or in the live room you won’t miss it when someone is trying out an idea on a synth or looking to record something.”

“Also, be prepared for anything that could happen ever in the studio! For example always have a vocal mic up even if you are coming in just for mix tweaks because you can guarantee someone will just want to drop in a vocal. I’m lucky that we have old Neumann mics around the studio so I start with them and if they are not working, I’ll go for a dynamic mic like a Shure SM7 or maybe a Josephson or something that might suite the voice a bit better.”

MT: And finally your advice for anyone wanting to do what you do!

“Keep sticking at it and watch and learn what is going on around you and take it all in.”

More on Matt at www.mattwiggins.co.uk