MusicTech catches up with Jem Godfrey, songwriter, remixer and producer behind some of the most successful pop tunes of the last couple of decades – and a man with a studio mission and his own prog band… We try and cover people from all walks of studio life in our MusicTech interviews and with our […] 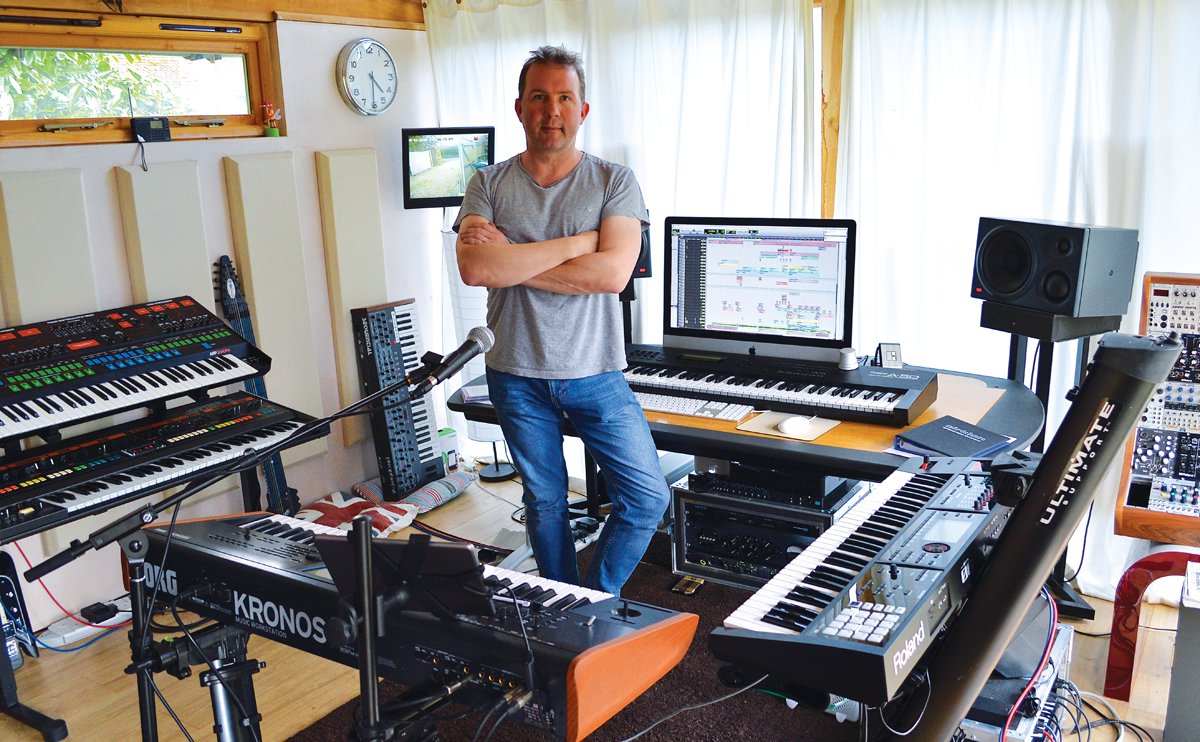 MusicTech catches up with Jem Godfrey, songwriter, remixer and producer behind some of the most successful pop tunes of the last couple of decades – and a man with a studio mission and his own prog band…

We try and cover people from all walks of studio life in our MusicTech interviews and with our Industry Guru series, we have been able to speak to many of the people behind the scenes, including gear manufacturers, record-label owners and high-profile producers. This time, we turn our attention to the talents of songwriter, remixer and producer Jem Godfrey, whose long list of credits includes Atomic Kitten’s Whole Again, Shayne Ward’s That’s My Goal (the fourth-fastest UK selling single ever), as well as production and remix work for such luminaries as Gary Barlow, Holly Valance, Blue, Ronan Keating and Samantha Mumba.

Then there’s the music that Jem did for Game Of Thrones, a stint on national radio, playing with Steve Vai and Joe Satriani, not to mention his own prog band, Frost*. Jem Godfrey has a lot of irons in a lot of fires, and a lot to get off his chest…

MusicTech: Hi Jem, so tell us how all of these different strands to your career started…

Jem Godfrey: I got into music after seeing Brian Eno on TV when I was about seven. He was dressed like an alien baddie from 1970s Doctor Who and he playing an EMS VCS3. That was it as far as I was concerned.

14 years later, I finally accepted that I wasn’t going to be a rich and famous pop star after all, so I got a job at Virgin Radio in London as an assistant producer. Things went very well and two years after this, I got headhunted by BBC Radio 1 to join their on-air imaging team.

Three years later, having now made a few contacts, I got a chance to join a music-production team and get out of radio, which was precisely what I wanted to do by this point. The first proper release we had sold over a million copies and stayed at number 1 for a month.

We then had three further number 1 records, a variety of top 10s and I won an Ivor Novello Award in 2006 for best-selling single of 2005 [That’s My Goal by Shayne Ward]. Since then I’ve started a prog rock band called Frost* with whom I’ve just finished a new album called Falling Satellites, toured with Steve Vai and Joe Satriani on keys and I also continue mixing and co-producing other artists, too, such as Holly Johnson and Jennifer Lopez with Gary Barlow.

MT: What do you bring to the songwriting or production process?

JG: My background in radio makes me think about how things need to sound to work well on air, so I try and aim for radio-friendly mixes of whatever I’m doing.

Working in a radio station for years subconsciously teaches you arranging, too, as you hear nothing but hit records all day. Mixing singles is a thing I get asked to do more and more now, perhaps because of that.

MT: Tell us about something that perhaps defines the Jem Godfrey over others, or reveal a studio secret!

JG: Playing with phase is a great trick. Bear in mind that most music these days is listened to on headphones, so you can have fun putting things out of phase a lot more often, as nothing is really heard in mono anymore – so ‘out of phase’ isn’t the cardinal sin it used to be.

There’s a lovely ‘plastered on the inside of your head’ effect that putting things out of phase has, and it can be really effective in small bursts. It’s equally fun to put whole mixes out of phase to reveal things like backing vocal parts and FX when listening to records. It’s like finding secret stems hidden or written in invisible ink.

MT: Is there such a thing as ‘the Jem Godfrey sound’?

MT: With your production hat on, how would you describe your role in the studio?

JG: There’s a scene in Walt Disney’s Fantasia – the sorcerer’s apprentice section – where Mickey Mouse has fallen asleep after mucking about with a bit of magic and he’s suddenly faced with hundreds of marching broomsticks that he’s created, all carrying buckets of water, running amok and causing total chaos.

Then the actual sorcerer appears and sorts everything out by glaring at everybody, flapping his arms about dramatically and casting loads of spells… I’d define the role of a producer as being both Mickey Mouse and the sorcerer at times.

MT: And what about as a mixer?

JG: Mixing is always involved. It helps me get to know the music better than anything else for one thing. I’m very fortunate that people seem to trust me and say, ‘Here’s what I’ve done so far, can you take it away now and do that thing you do to it?’

MT: What advice have you picked up from working in the music industry that you can pass on?

JG: Listen more than you talk. Remind yourself when projects get into a bad place that none of this will matter in six months’ time, and you will be alright. Say ‘yes’ to everything, worry about scheduling later. Make sure your bullshit detector always has fresh batteries in it.

MT: Now answer the same question but from the perspective of working in the studio?

JG: Obvious stuff… Don’t mix loud, don’t mix with your eyes. If you get stuck, go out and do something else, preferably mundane and on your own. Sleep on a mix before sending it off, if there’s time.

MT: Tell us a little about your studio: the main components, and how it came together?

JG: My studio is called The Cube. It’s a purpose-built room in my garden, which is based around a Pro Tools HDX system. I’ve been using Pro Tools since 1994 when Pro Tools 3 first came out, so we’re old mates now. Everything else is pretty fluid. I monitor with Klein and Hummel O300s which are great for this room. 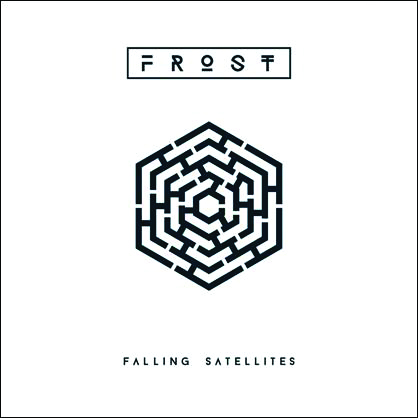 MusicTech: What are your favourite synthesisers, keyboards and sound generators?

Jem Godfrey:: I recently picked up an ARP Quadra, which I’ve been looking for for years and years. It’s not the most reliable thing I’ve ever owned, however. It was at the menders within 14 days of getting it after having a bit of a stroke, but it has an autumnal sound all its own.

I also play a Chapman Railboard. Emmett Chapman kindly set up a custom tuning for me in fifths and octaves and I play horizontally like a piano – it’s great when played with an eBow or hit with those little rubber string mutes that piano tuners use.

I use it like a cross between a prepared piano and a 10-string guitar. It goes through a POD 500X in which I’ve made a load of custom sounds. It’s all over the Frost* album.

MT: Do you have any favourite outboard hardware or software?

JG: Guitar Rig is great for keyboards. I also use vocoders a lot, Waves’ Morphoder in particular. Elastique Pitch is also great at creating interesting results on vocals when played via MIDI.

I have a little modular setup which sounds very organic when you set it up to potter off on its own, and I’ve got a little world-band radio that I like to feed into it too, all these lonely, far-away sounds bouncing off the atmosphere and into a bunch of voltage- controlled traps. Lovely.

MT: What’s on your wish list for The Cube?

JG: A Focusrite Liquid Channel and an Eventide H3000, the original version.

JG: Something like Mainstage on an iPad Pro that had a Thunderbolt port on it in addition to a lightning connector would totally do it for me. I hate all the cables and peripherals that come with gigging – too many things that could snap or break or fail or get lost or stolen or wet.

Give me any old 61-note synth action controller hooked up to a big tablet running a stable Mainstage-type app and I’d be in wire-tidy, portable heaven. Korg make killer music apps – how about it Korg?

MT: Do you have a songwriting process?

JG: I tend to accrue loads of little sound snippets on my phone – vocal, piano or whatever, then I forget about them completely. I write on piano mostly, so if I’ve got something good going on, I’ll go back through the phone stuff and see if there’s anything that might go well with what I’m playing around with.

Quite often, that’ll then set the song off with a verse and a chorus or a bridge and from there, it’s easy to put the rest together. Lyrics are what I struggle with; they take forever. 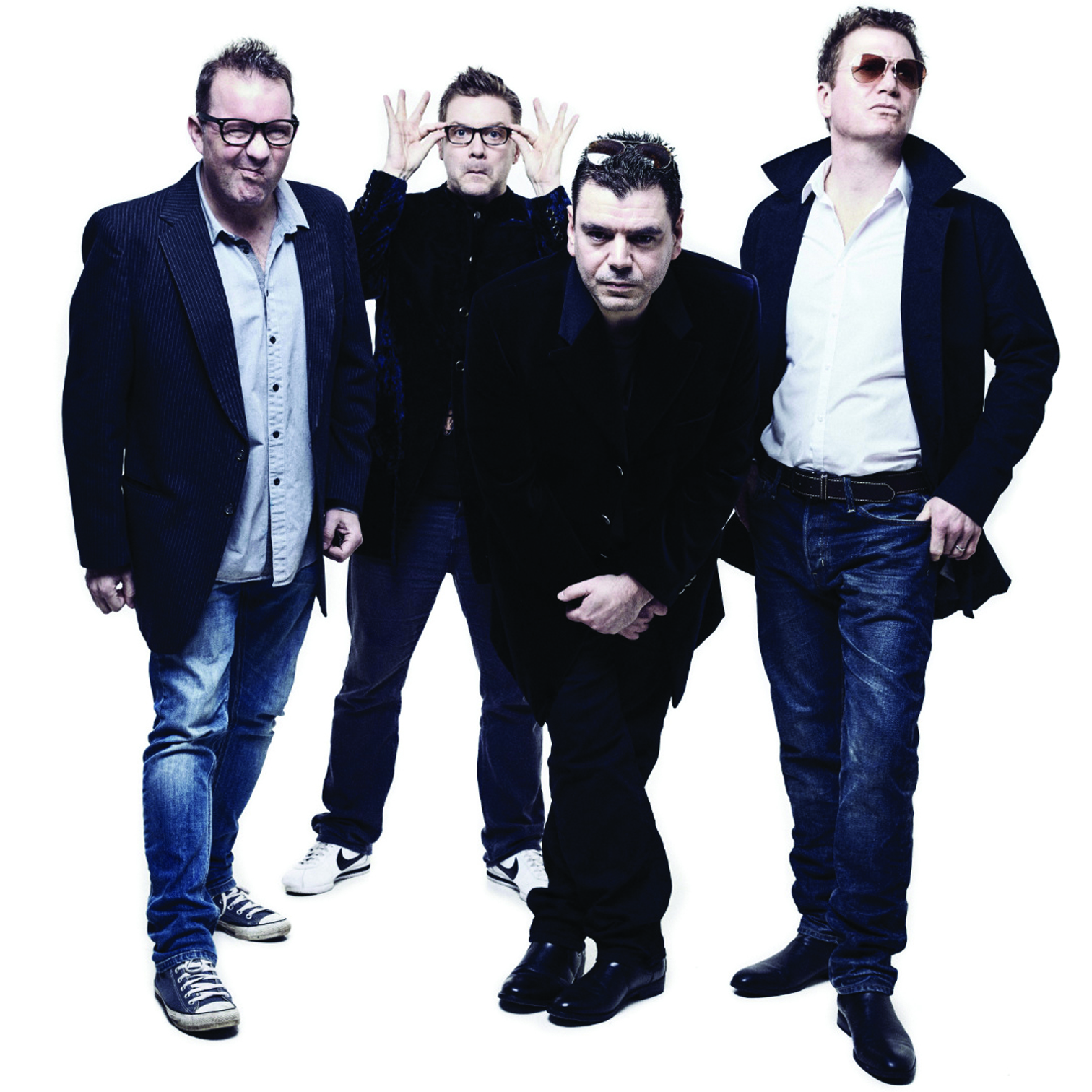 MT: Tell us about the latest Frost* release Falling Satellites. Feel free to plug away!

JG: It’s about chance and life. The astronomically unlikely chance of being conceived to start with and then surviving to old age… The near-impossible odds of the things that happen to you in life benefiting you rather than killing you are gigantic, yet it happens all the time.

It’s about celebrating how extraordinarily rare the period of us being alive is and how we should take more time to appreciate it while we’re here. We’re a long time dead at either end of this brief little flicker. About four weeks before I finished the album, my dad died. What had been an album about an imaginary man at the end of his life looking back on everything suddenly became incredibly personal.

I was with him when he died, it was just me and him in that room and then it was just me and it made me realise that we should be grateful for the time we have, because it’ll be gone before you know it. The message of the album is ‘Be alive while you’re alive!’

MT: Finally, what have you got planned next?

JG: A bit of a lie down, then get ready for the gigs!