From Dr Dre to Meghan Trainor, Snoop Dog to John Legend, Jason Schweitzer’s studio CV and album credits read like a roll call of US music talent. In this detailed interview he reveals his insider tips to mixing top artists and the studio tools he can’t live without… Jason Schweitzer’s path to becoming one of […] 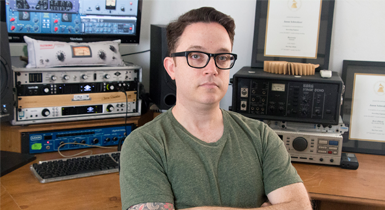 From Dr Dre to Meghan Trainor, Snoop Dog to John Legend, Jason Schweitzer’s studio CV and album credits read like a roll call of US music talent. In this detailed interview he reveals his insider tips to mixing top artists and the studio tools he can’t live without… 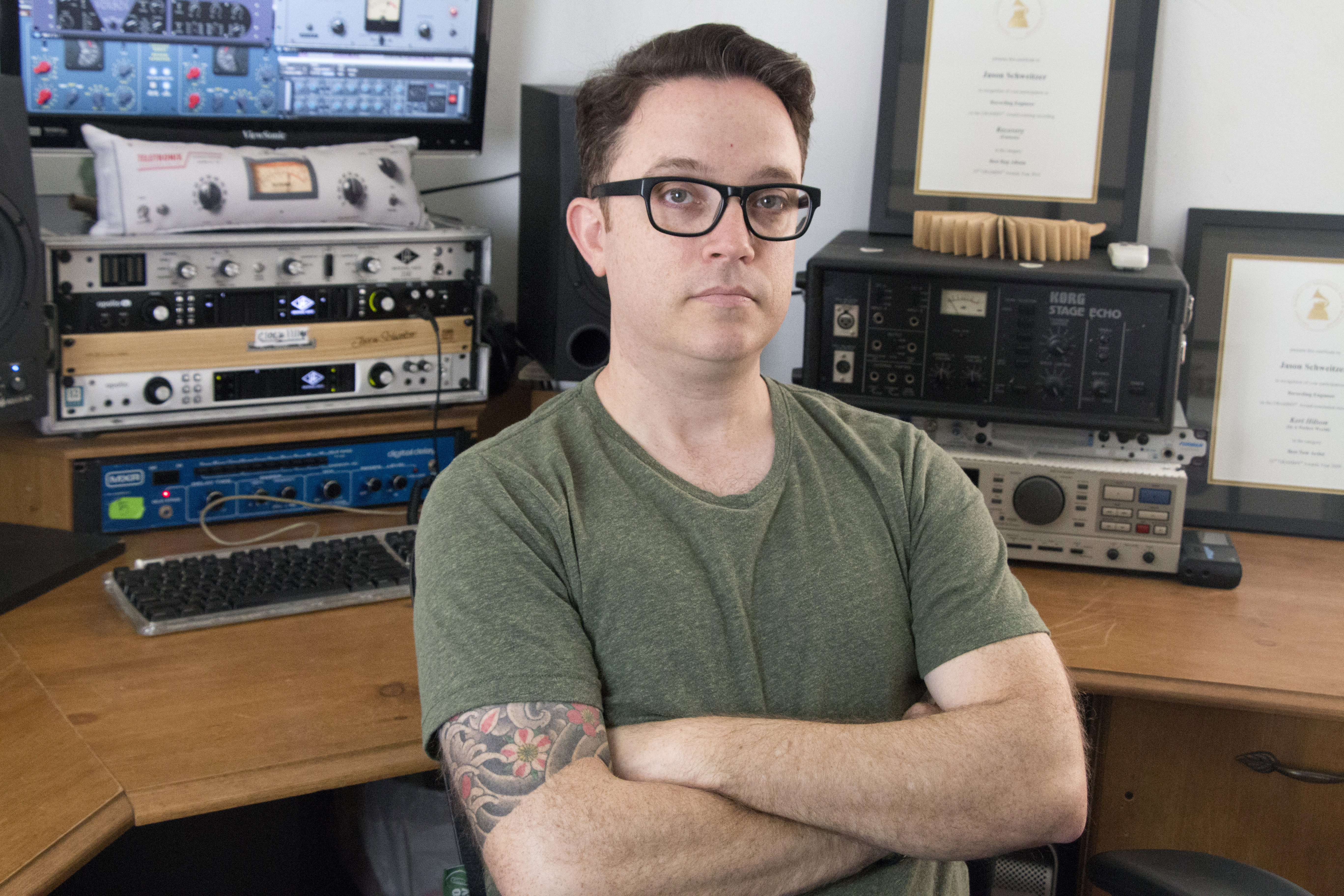 Jason Schweitzer’s path to becoming one of today’s in-demand mix-producers wasn’t one he initially intended to take. After majoring in music performance and recording he was destined to study for a Masters in Jazz Composition at Berklee College, but the lure of the studio was too great so he decided to move to LA landing a job as a runner at Larrabee Sound Studios. Nearly 20 years on and his studio experience has been incredible, working with some of the best artists – and studio gear – that you can imagine.

Jason looks back at his time at Larrabee and how he moved up through the ranks there. “I started as a runner and then moved to assistant engineer. Then one day it was one of those things where the engineer wasn’t there and they opened up the door and said: ‘Jason, in!’ And that was it, it started like that.”

And it was quite a first session to be involved in… “It was on a Dr Dre session. I was working with Mel-Man and Mike Lynn, his two biggest beat programmers. It was more exhilarating than intimidating because I knew most of those guys. As a runner I ran while they were working on [the 1999 Dr Dre album] Chronic 2001 so they knew me.” 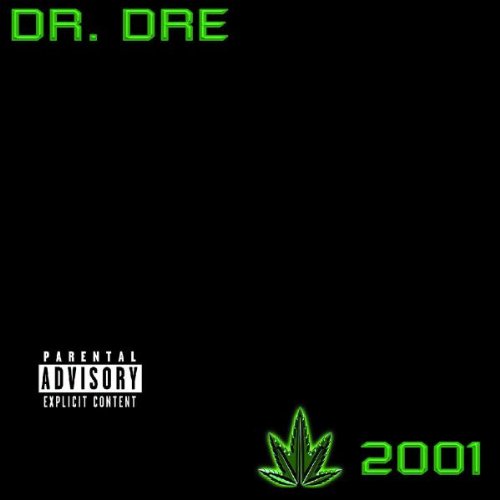 Jason became an independent freelance engineer a couple of years later. “When I started I did mostly rap. I fell into it probably because I got along with all the artists and producers. The highlights would be working on those Dre sessions but I mixed and recorded four Xzibit albums which was a major part of my early career. I really enjoyed working on the Kurupt’s Space Boogie: Smoke Oddessey album and I worked on it and many others with Fredwreck. That was a stand out as he’s a great producer. I did a lot of recording with him and even played flute on the track The Hardest…. It was like one of those situations when you think ‘this is exactly like I wanted this to be and I hope it’s going to be like this forever!’”

“There’s not really anything that I don’t enjoy and over the last five or six years I’ve done a lot of pop, a lot of R&B, jazz records, I’ve recorded a couple of rock bands, mixed Nashville blues, regular blues… I guess I am known as a rap guy but I’m like: ‘No! I like so many styles of music!’”

Jason has certainly diversified and now also become involved in video game and film music. “I started working with a composer named Christopher Tin. He scored the theme tune to Civilisation IV which he won a couple of Grammys for – it’s called Baba Yetu and he plays it all over the world. I mixed the main theme to Civilisation VI and the in game music for Offworld Trading Company with him. With Civilisation it was a full orchestra and two choirs including the London Philharmonic Choir. There were horns, woodwinds, a couple of hundred tracks of strings – I was in heaven, it was awesome. I majored in music so was able to use the skills I have so got to be a little more involved. I also mixed a movie soundtrack with him, a Chinese film called Suddenly 17 – all the music is in surround and that was challenging but fun.” 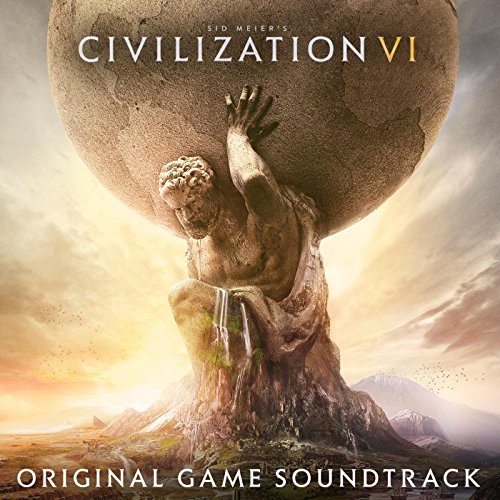 Jason is just completing his next project and it could be his biggest yet. “I’m just finishing up an album for the hip hop artist Rejjie Snow. We’re doing the last little touch ups, and cleaning. I think we’ve released four songs of his already and each of the YouTube videos has got 2, 3, 4 million views.”

In the Jason mix

“I’m lucky in that a lot of the people that search me out want my opinion,” says Jason as we turn to his process and mix tools. “I do most of my mixing from my home studio now and once I see the song laid out and get it mixed I might come up with some ideas which I send to the artist and a good percentage of the time they like it. I like to be known as someone who leaves depth. I want people to think ‘man it feels like I’m part of the music’. I want people to think that they are in it, almost like a live experience. So I guess my role can be what you might call mix-production – if someone tells me they want to take a song to another level, I can do that. ”

Jason has seen the best of both worlds when it comes to gear. He has mixed on some of the greatest Neve and SSL consoles ever made but now enjoys the freedom of in the box mixing, although he uses his experience from those bigger setups to great effect.

“I mix in Pro Tools with a Universal Audio Apollo interface plus UA, Waves, Plug-in Alliance and Sound Toys plug-ins. I keep it real small. I also use a UA 2192 master clock and convertor. I love that thing. If my apartment was on fire that would be one of the things I grab. That, my cats and my sax!”

“I mix in the box as I would on a console,” he continues. “I lay it out the same. I do some compression, EQing and general gain staging. I love parallel compression – I might use it for colouring, or harmonic break up to add the colour you are looking for. Universal Audio’s plug-ins help here because you can push them and get some of that harmonic distortion.”

However Jason is not a fan of over processing. “My biggest pet peeve is when someone puts a compressor on and turns the gain up to +15 to make it loud enough to be heard. There’s zero reason to do that. My favourite saying is that ‘I use a lot of compression a little’. But I’m not necessarily trying to compress or limit something – I’m trying to get a sound that gives me a vibe.”

“I feel that UA has made this process fun because you can say ‘I want to sound like an SSL’ and they have something that sounds like an SSL. All of my mixing when I first started was on SSLs –my first mixes were on 4000s – so I’m intimately familiar with the SSL sound. UA’s SSL 4000 E really does sound like an SSL and it’s my favourite emulation. I firmly believe I could do a whole mix minus vocals just using that plug-in! It sounds incredible and it’s close enough that it makes you smile when you put it on. There’s this nasally grittiness that gets me right in my sinuses when you’re on an SSL and the plug-in gives me that feeling. You start hitting the compressor and start turning some low end up and you get that crunch that SSL has.” 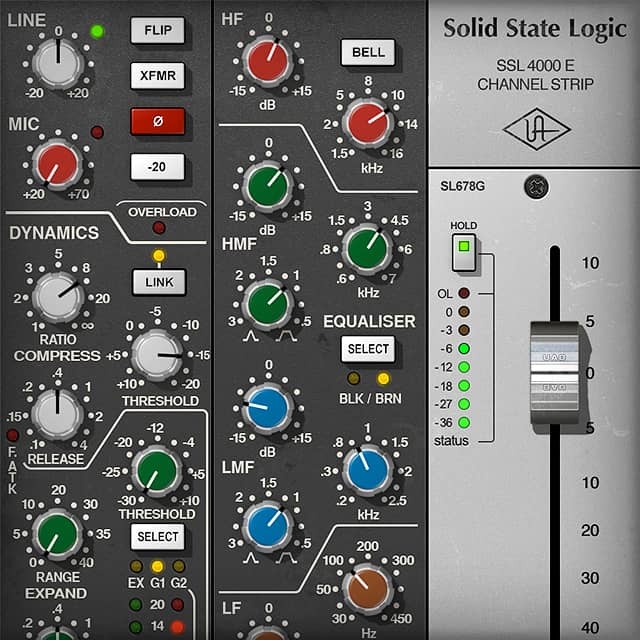 “I do use the Neve stuff too,” he continues. “It’s a different colour, but the cool thing with the UA stuff is that when I use the Neve 1073, 1081 or 33609 it gives you that Neve feel. You can overdrive the 1073 plug-in and distort the preamp – just as you can do with the actual piece of gear – and it sounds amazing. Plug-ins like that offer different colour palettes to work with and offer that vibe – they let me mix how I learned how to mix which was on a console.”

“My most used plug-ins are the UA LA2 and the LA2A silver. I use the Neve ones and both EMT reverbs on every single mix and I also love the 1176AE. The Ampex ATR-102 sounds fantastic for tape emulation. I don’t think there is anything else on the market that beats it.”

Does Jason have anything on his gear wish list?

“I would love to get a really great summing set-up – a good 16 to 24 channels – I really believe that summing is where it’s at when it comes to mixing. You get a certain something that happens in analogue with phase and correlation that sounds incredible. I’ve tested a few, my favourite was the Manley 16×2.”

And any remaining ambitions?

“I want to be the guy a band comes to with 12 songs and I say ‘let’s do this, let’s rehearse, and let’s see where we can take these songs when we record them’. I have to be involved in music. Even if I worked in an office, I guarantee you would see signs there saying ‘The Jason Schweitzer combo playing every Friday night.’ I can’t imagine not doing something music with my life. It would be weird.”

“Find someone to be your mentor. Do the research, learn who the great engineers are, pick someone who you know does a good job. Don’t just go for what people think is popular because that comes and goes. I had Mike Schlesinger and I probably learned more about recording and mixing from him than anyone else. It was a school of hard knocks, it wasn’t a walk in the park but I’ve never had a session where I’ve freaked out thanks to him.”

Go with the flow

“The biggest piece of advice I have for people is to learn signal flow. A lot of people don’t know signal flow any more because they are in the computer but I was lucky enough to start when it was all still tape and consoles. Signal flow will save your life. Period!”

“Whether you think you are going to be using one or not, if you know a console inside out you will know any DAW inside and out. You will understand signal in, where it goes and where it processes. A computer program works a lot like a console. You might not have traditional analogue summing but there are algorithms and mixers behind the scenes blending everything together and if you learn how those processes work, just like on a console, you will do better at mixing and recording.”

“When I was an assistant it was pounded into you: ‘notate, keep things organised, know where things are going’. It’s no different because it’s in a computer. I can’t tell you how many sessions I open where I think ‘how can you even work like this?’ They have a drum here, a guitar there, bass over there. Lay it out, get it organised!”

“Being a musician is the most important thing you can do as an engineer – it just puts you in a whole other mindset. I know a lot of great engineers who are not musicians but I do think that knowing music gives you an intimate knowledge of how a song is made and will give you an insight into the vision they have for when mixing. If you can see these things then it makes the mix better.”