Plug-ins I Actually Use: Steve Darko

The Dirtybird producer shares how to makes leads cut through busy mixes, how he adds a unique flavour to pads and what free plug-in he needs. 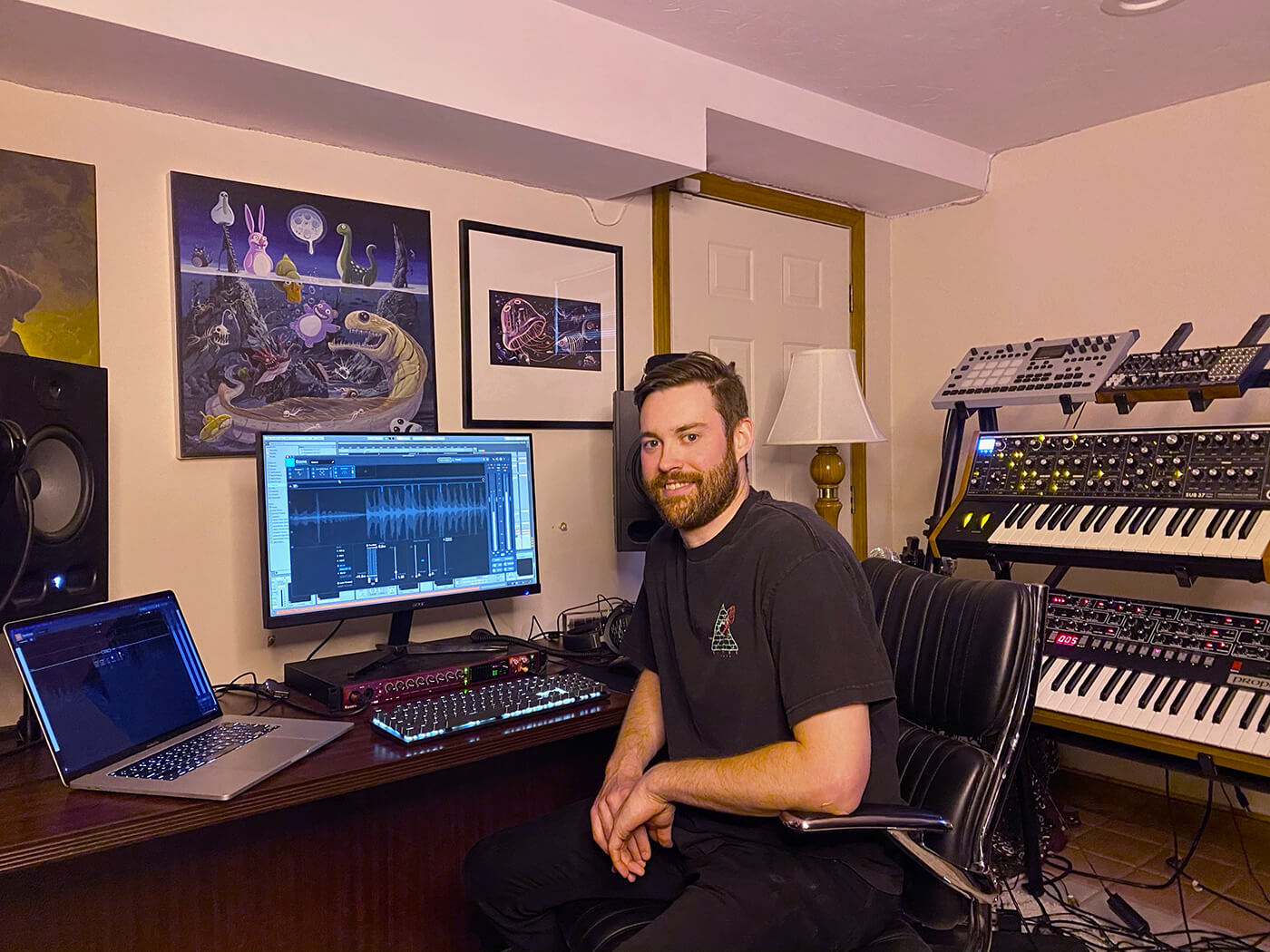 It’s hardly a surprise Dirtybird-signed producer Steve Darko has some strong opinions about plug-ins – he’s also a developer at iZotope. But it’s his adventurous blend of techno and house – not his coding – that got him noticed by Claude VonStroke’s label and tastemakers at mau5trap, Box Of Cats, Slothacid, and even Pete Tong.

Following his 2021 LP Midnight Swim where he collaborated with VonStroke, Nala and VNSSA, he’s keeping up the pace with a two-track EP, Small Things, and some sage software suggestions.

Find out how Steve Darko makes leads cut through busy mixes, how he adds a unique flavour to pads and what free plug-in he uses all the time. 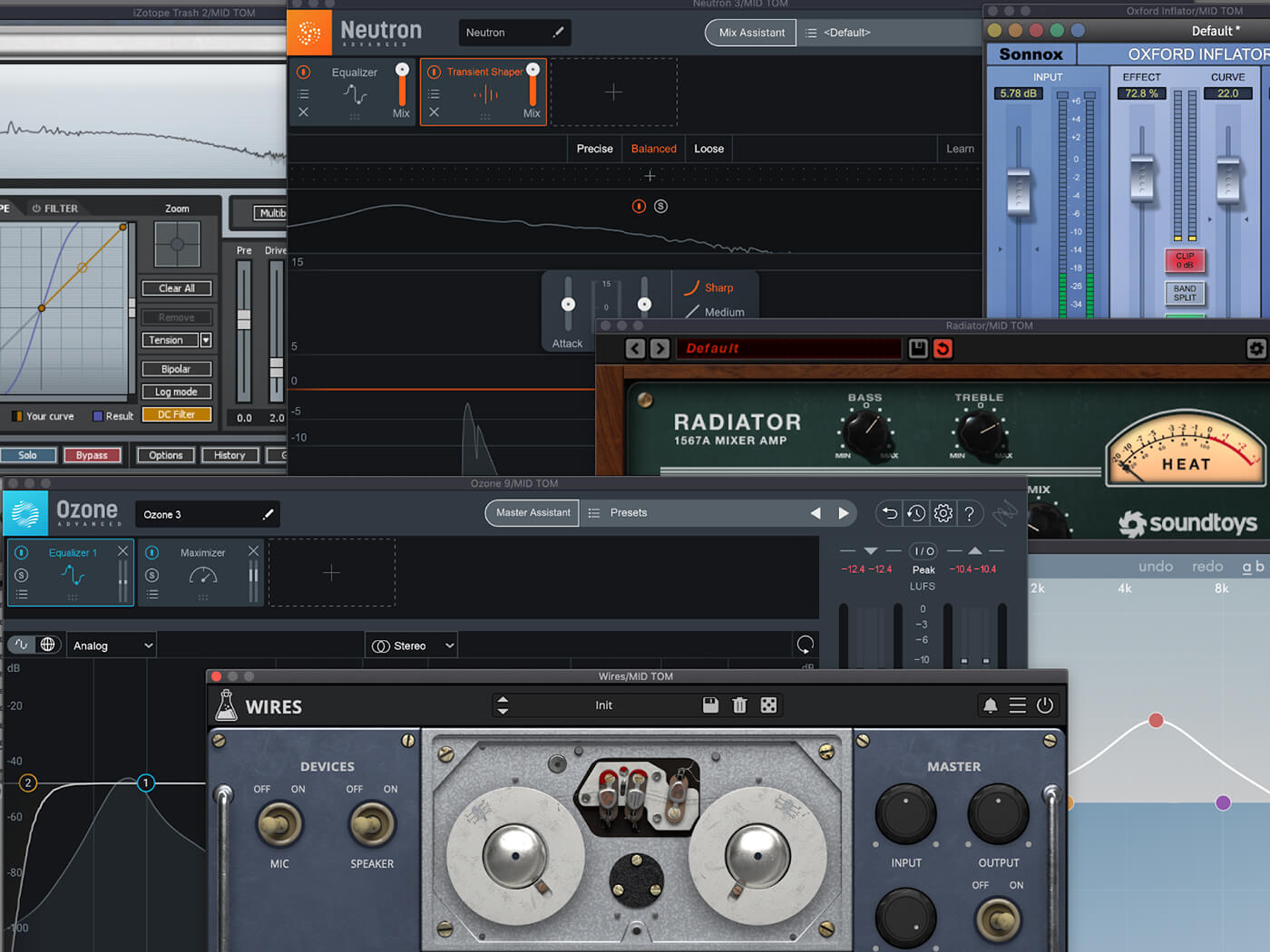 What was your latest plug-in purchase?

Wires by AudioThing. This plug-in is pretty obscure and wacky, but very useful for adding some colour and, dare I say, “vibe” to tracks. Wires emulates a 1970s-era Soviet magnetic wire recorder, which really sold it for me. It has a similar feel to other tape emulation plug-ins out there, but sounds totally different. I typically use it on synth leads, pads, and drums – usually keeping the wet mix down below 20%. It helps add some nice texture, and detuning to spice up otherwise dull-sounding tracks.

The presets sound great, but I typically just tweak from the init patch. I’ve had no issues with stability. Definitely worth it, in my opinion, but not something I end up using on every project. 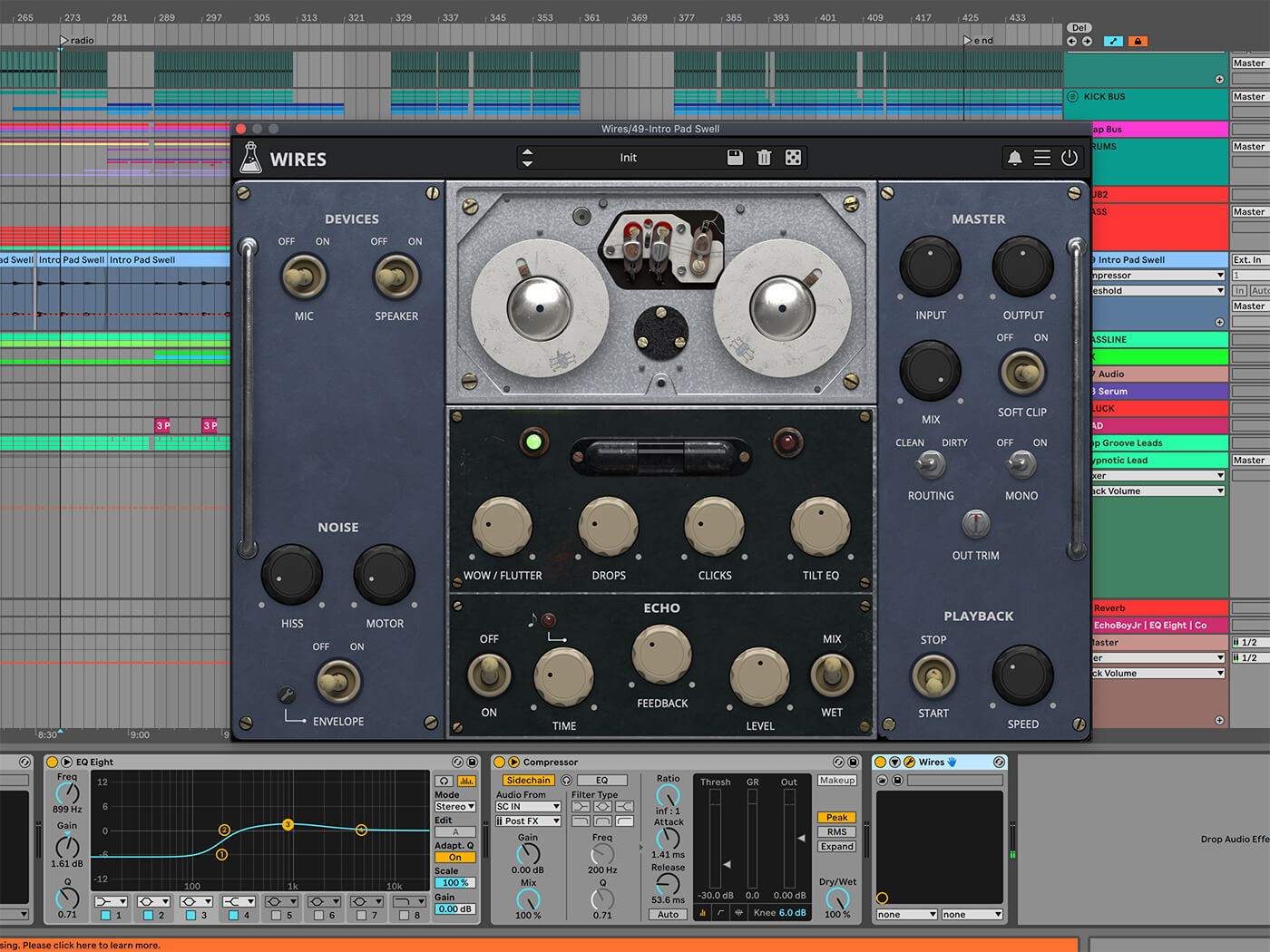 iZotope Vinyl. I’ve been using Vinyl for many, many years – it’s perfect for adding some movement to individual tracks and getting that old vinyl sound we all know and love. It’s been around for twenty years or so, but recently received a nice facelift. The new UI looks amazing, and it’s dead simple to use. I mainly use the warp modes, which emulate how a record would sound when played on a wobbly platter. I also love the new Lo-fi mode, which adds some bitrate artefacts that you might hear on an old sampler. 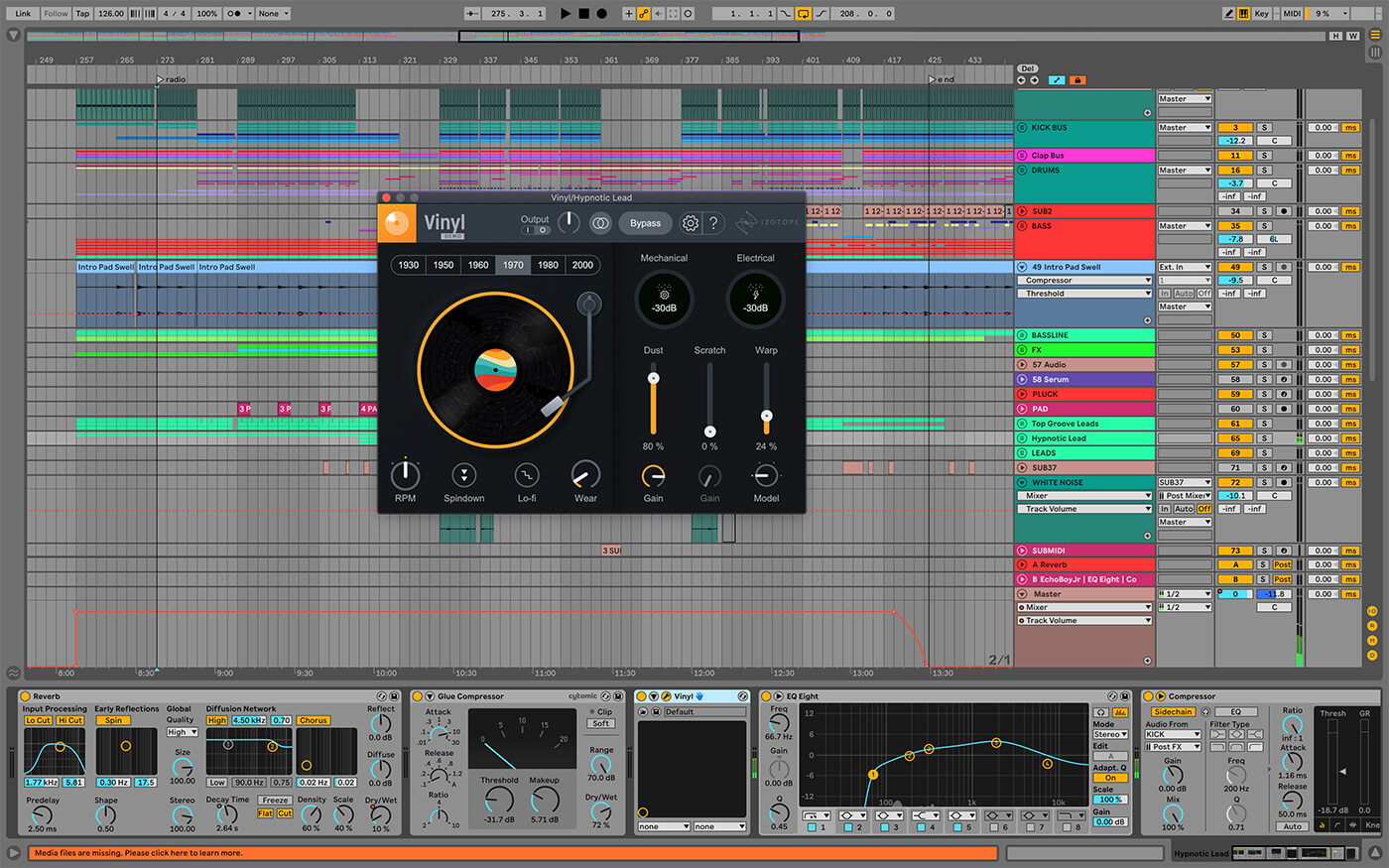 How about the best value plug-in you own?

Wavesfactory Trackspacer. Trackspacer has come in handy for solving some tricky masking problems during mixing. It works similarly to a sidechain compressor – you send it a sidechain signal, and it ducks the incoming track when the sidechain signal is present and above some threshold. What’s different is it only ducks frequencies that clash with the sidechain input signal, preserving It preserves the rest of the signal, just cutting out problem frequencies so the track it’s loaded on can shine through the mix. I use it mostly for vocals and prominent leads that need to cut through a dense mix with other elements that occupy the same frequency range. 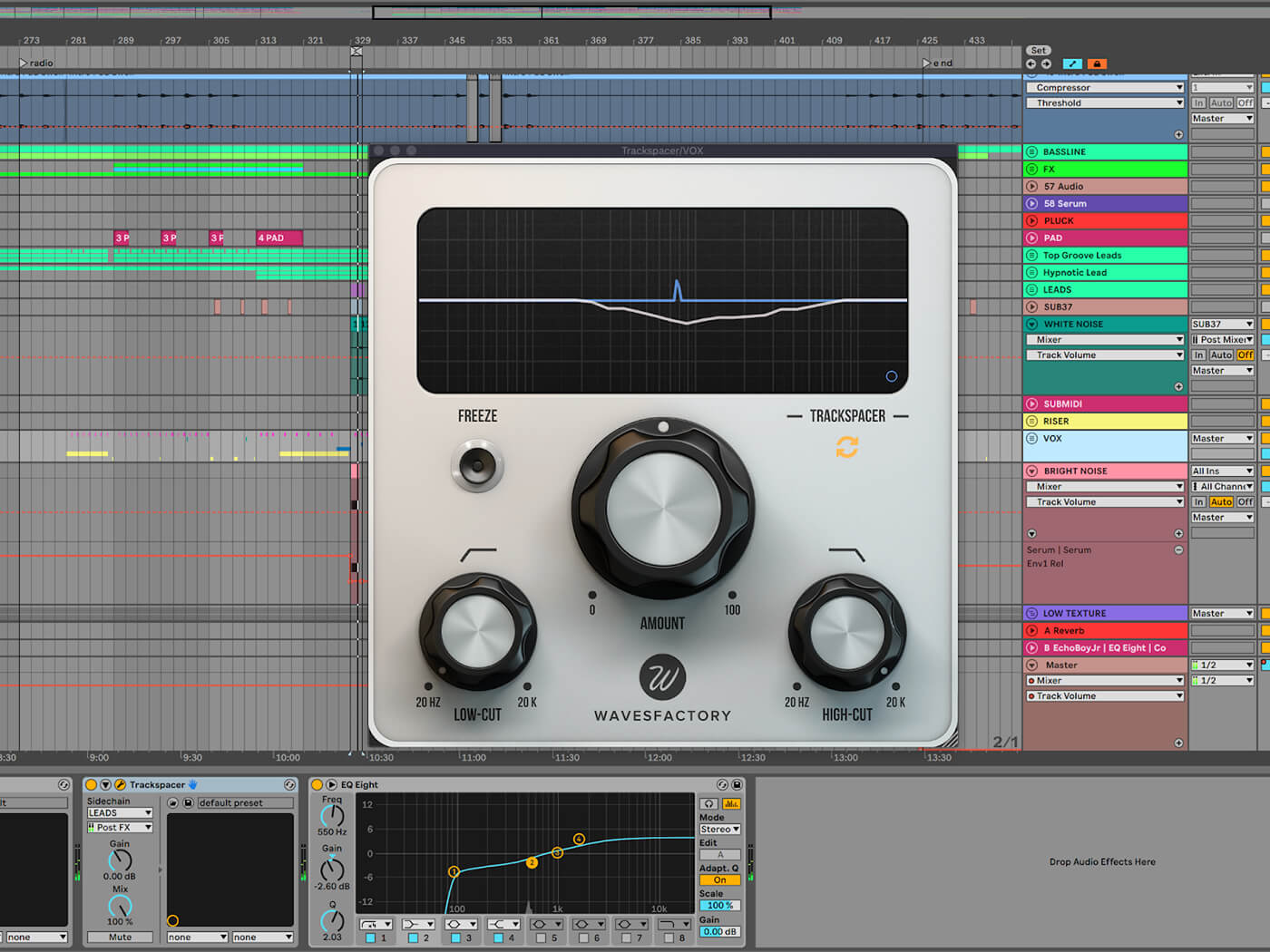 I think Soothe 2 has been the most expensive plug-in I’ve bought recently. I’d say it was worth the money, but I find that sometimes Neutron’s Sculptor module’s Tame Resonances preset sounds a bit more transparent than I can get Soothe to sound. I don’t regret buying it, but if you’re on the fence, it might be worth trying out Neutron as well since it comes with so much more than just “harshness taming” DSP. 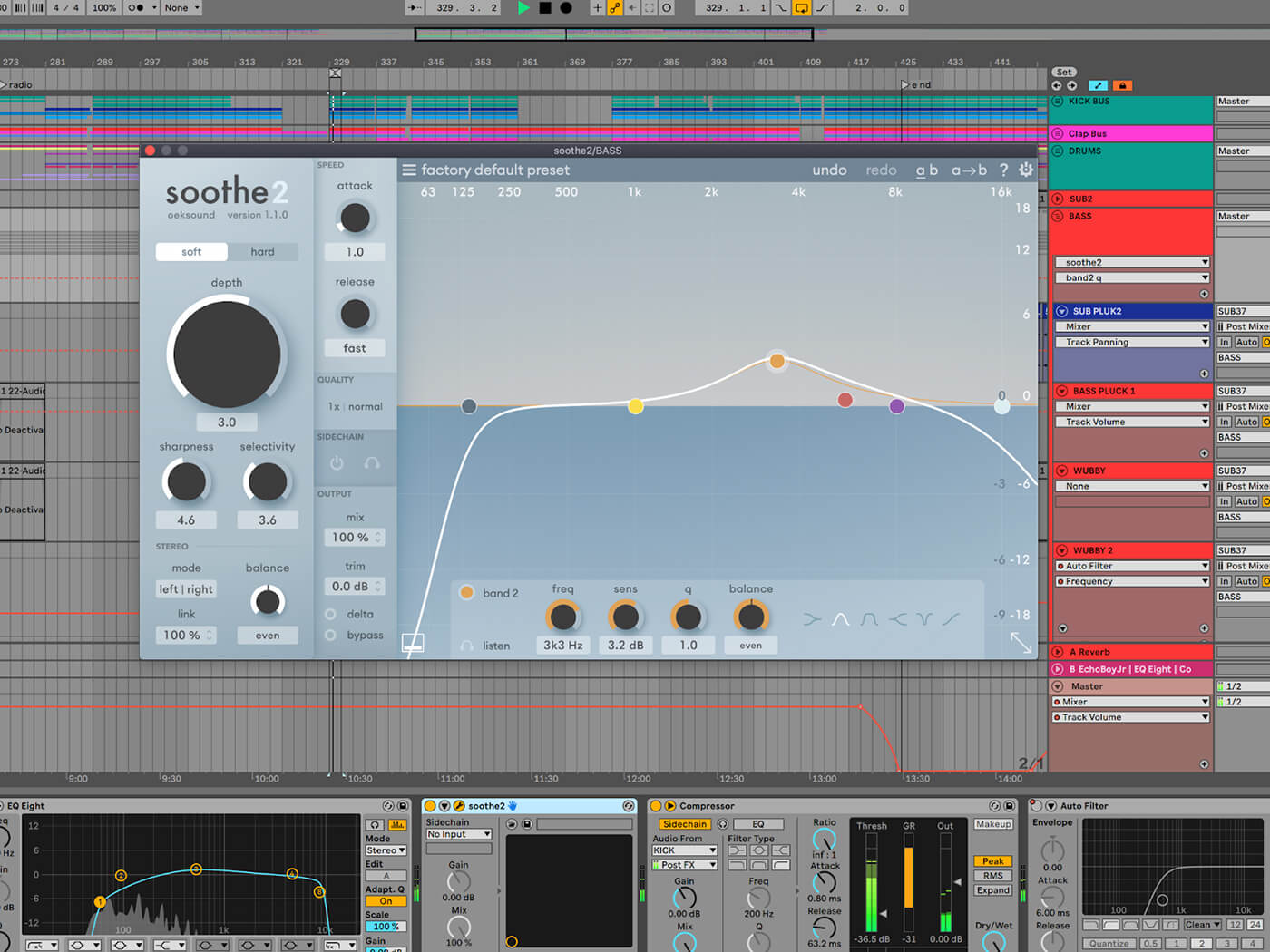 Ableton Frequency Shifter is my go-to for getting wonky with drum sounds and percussive leads, but I’ve used it on nearly everything. It’s perfect for creating metallic, robotic sounds and automating the Frequency parameter is a blast. I don’t know of any third-party plug-ins that do frequency shifting and ring modulation so simply, and I think that’s why I reach for Frequency Shifter so often. I’ve got to give Valhalla Freq Echo a shout out as well, though – it’s free and does similar things very well. 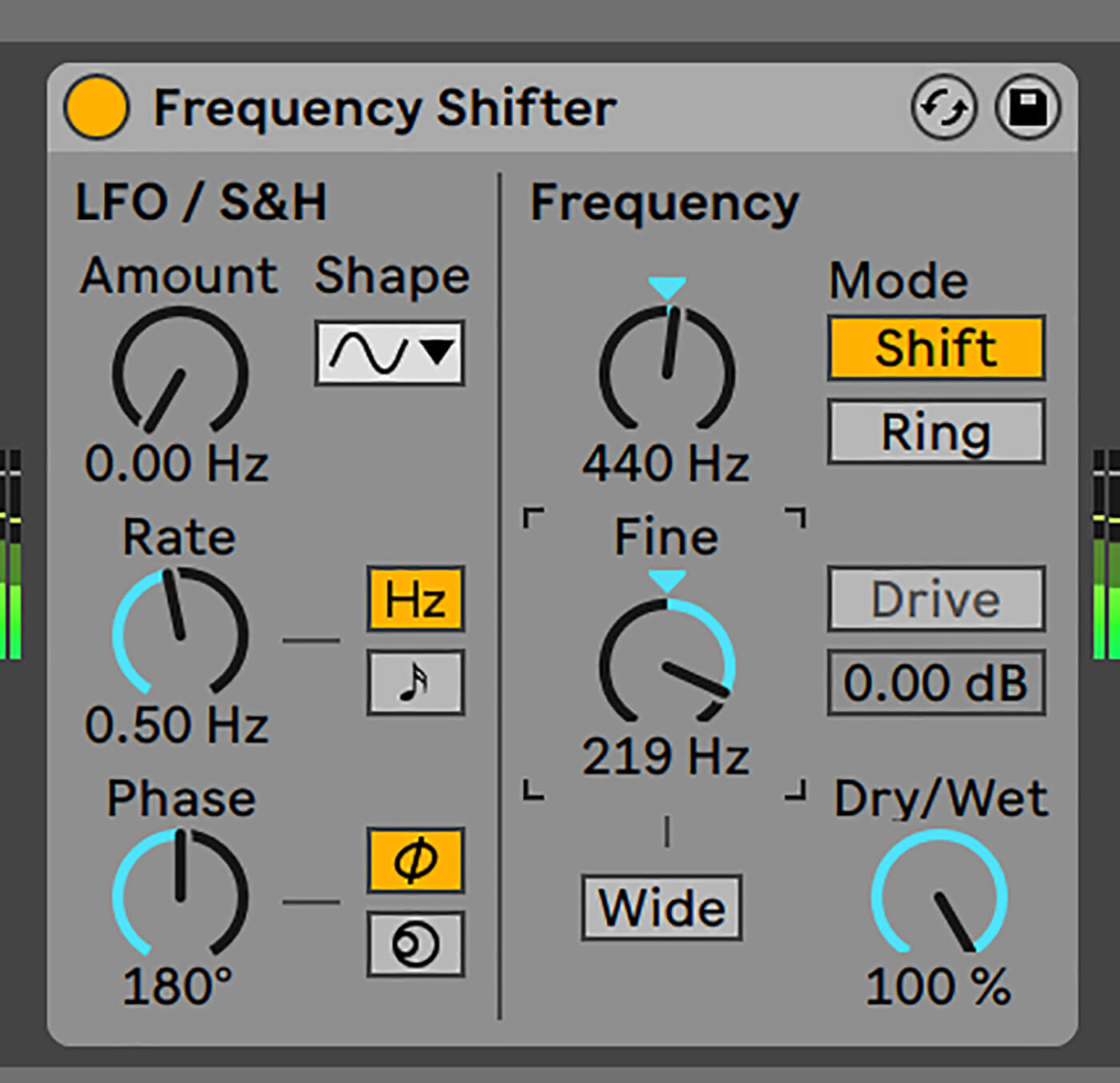 iZotope Ozone Advanced and Tonal Balance Control always. iZotope Trash 2 or Soundtoys Radiator before Ozone, sometimes. I usually throw Ozone on the master bus pretty early on during mixing to hear how the mix sounds when it’s louder and more compressed, but I toggle it on and off throughout the mixing process. The Ozone Maximizer can be pushed hard without distorting or pumping, which is crucial for getting tracks loud enough to stand out on and hold their ground during DJ sets on club systems. I’ve also been reaching for Ozone’s Low End Focus module pretty often. It can be a lifesaver for glueing together the low-end and getting it nice and punchy. 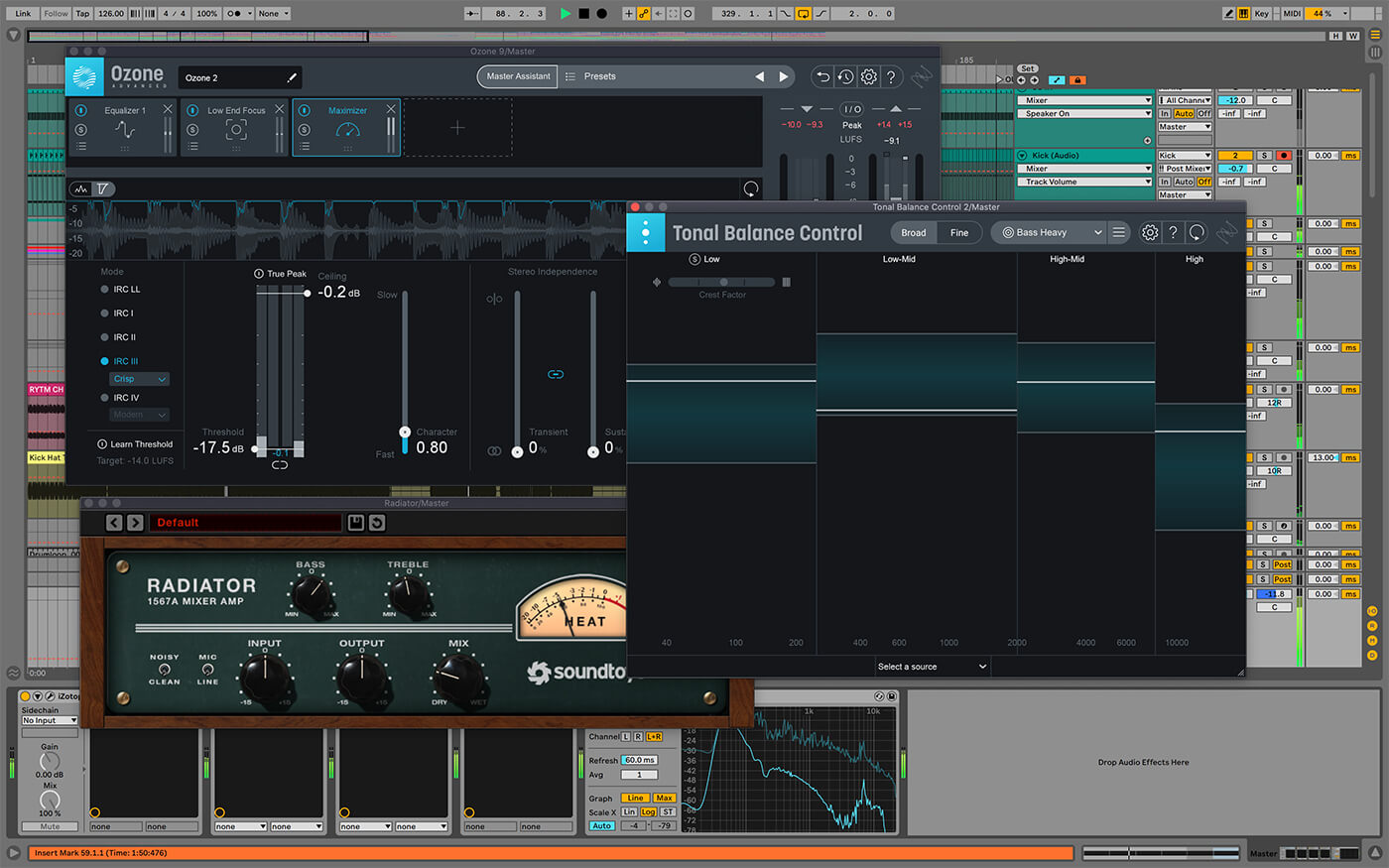 For your new track, Small Things, which plug-in would it not be complete without?

iZotope Neutron 3 was crucial for mixing Small Things. We recorded tons of different synth parts from the Moog Sub 37, and Neutron’s EQ and Sculptor modules were lifesavers for cleaning them up and getting them to sit nicely in the mix. We also used Neutron’s Transient Shaper on lots of the drum tracks to add some extra punch and tighten them up. 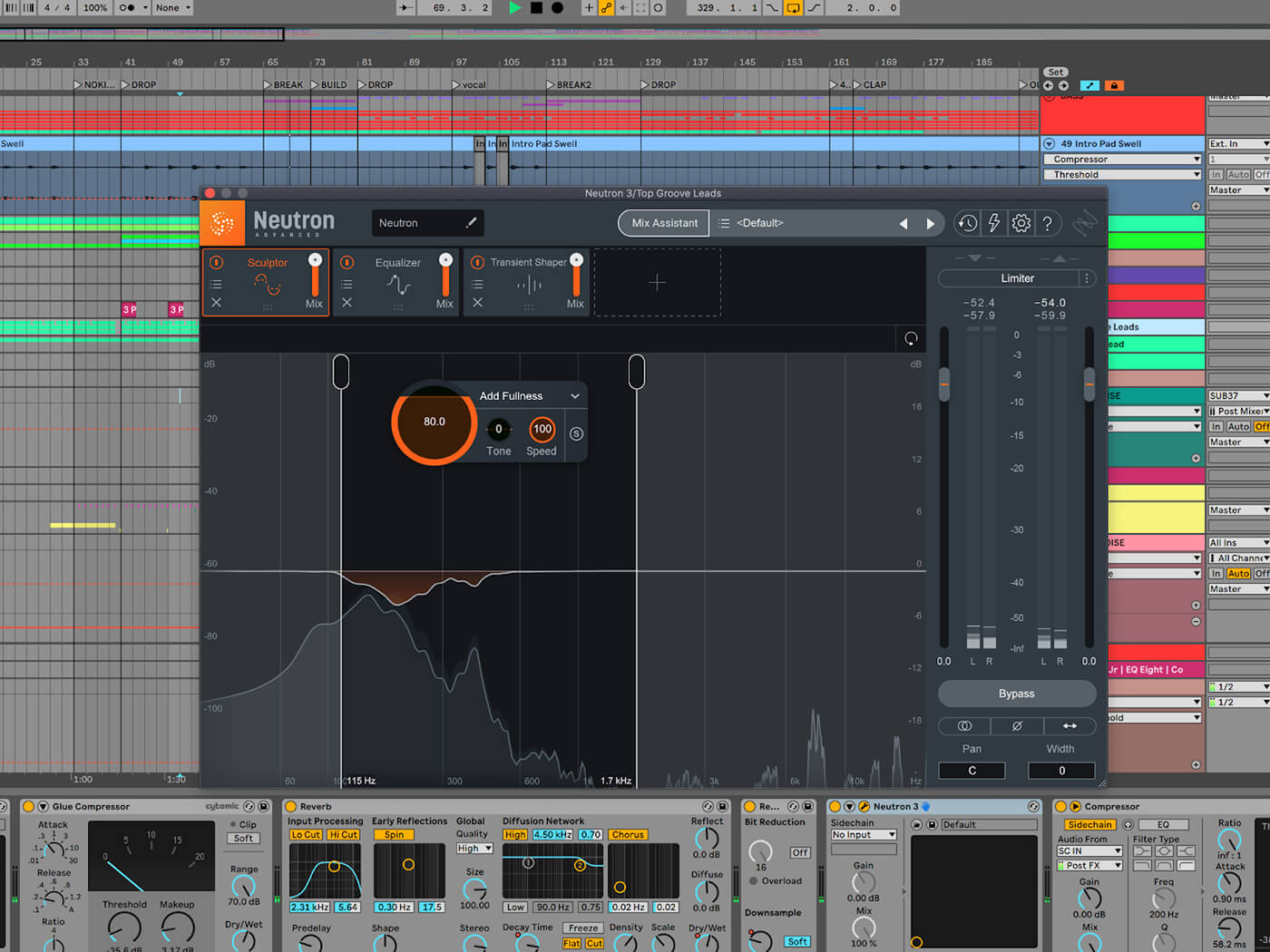 iZotope Trash 2. How could you go wrong with throwing Trash all over your entire mix? It helps add more life to tracks by adding and enhancing upper harmonics. You should be careful not to be too heavy-handed with it, though – it’s easy to overdo and make the mix sound too harsh. I usually keep the wet mix down around 10% or below when using Trash. I love the Blues Driver wave shape! 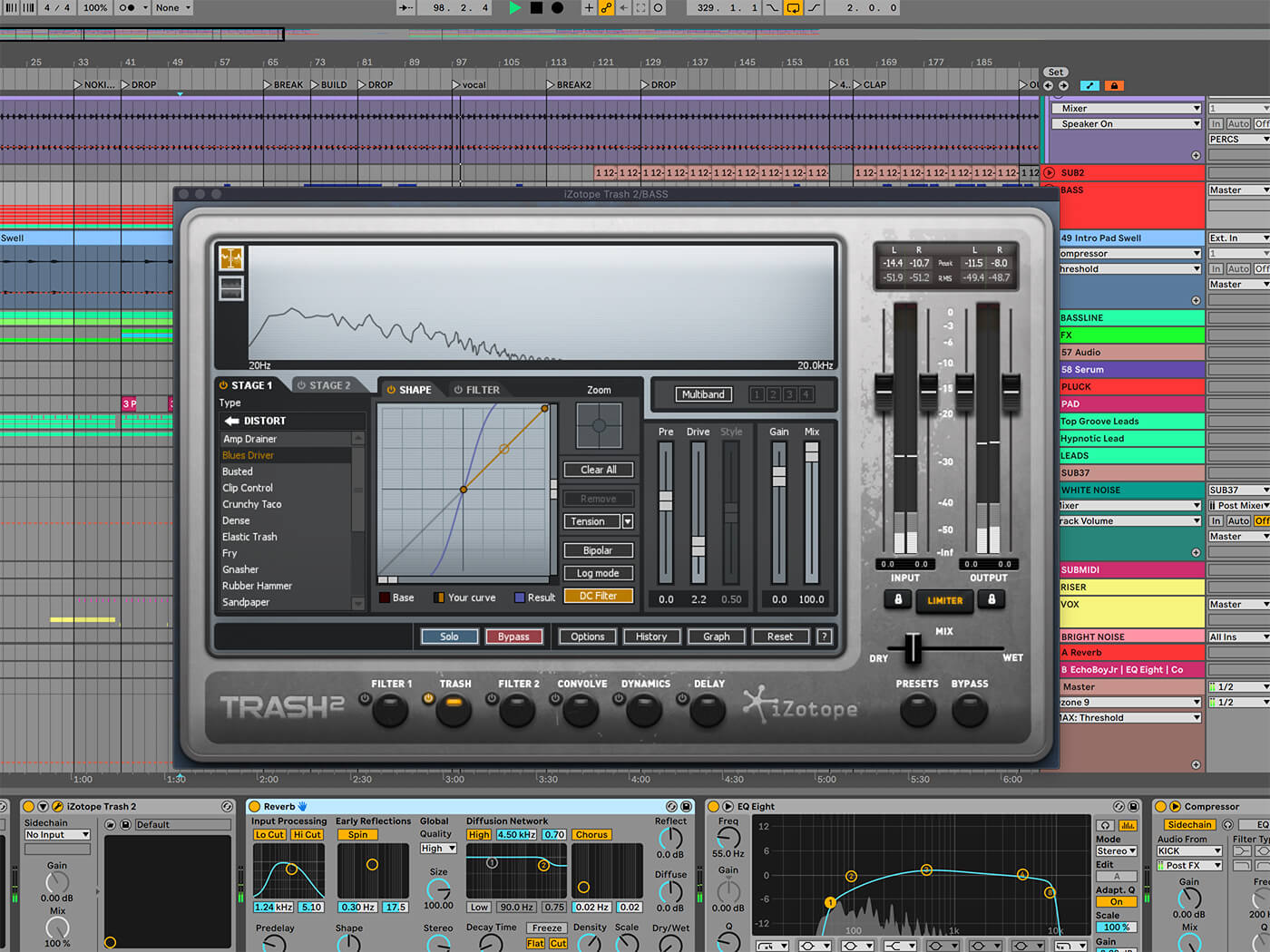 OTT, although I started using the Ableton Multiband Dynamics preset that the plug-in is based on once I discovered it. I used to use Sausage Fattener all the time, but it stopped working for me a few macOS versions ago, and I haven’t looked back since, for better or worse!

What plug-in do you use without fully understanding?

Sonnox Oxford Inflator. Sonnox is very vague about what the Oxford Inflator is really doing under the hood. I’d guess some sort of multiband compression/excitation, but whatever’s going on, it sounds great! I use this little plug-in all the time to add extra body to tracks. It’s able to add some solid, low-mid weight without sounding muddy, which can be difficult to accomplish with a normal EQ. I highly recommend giving it a try. 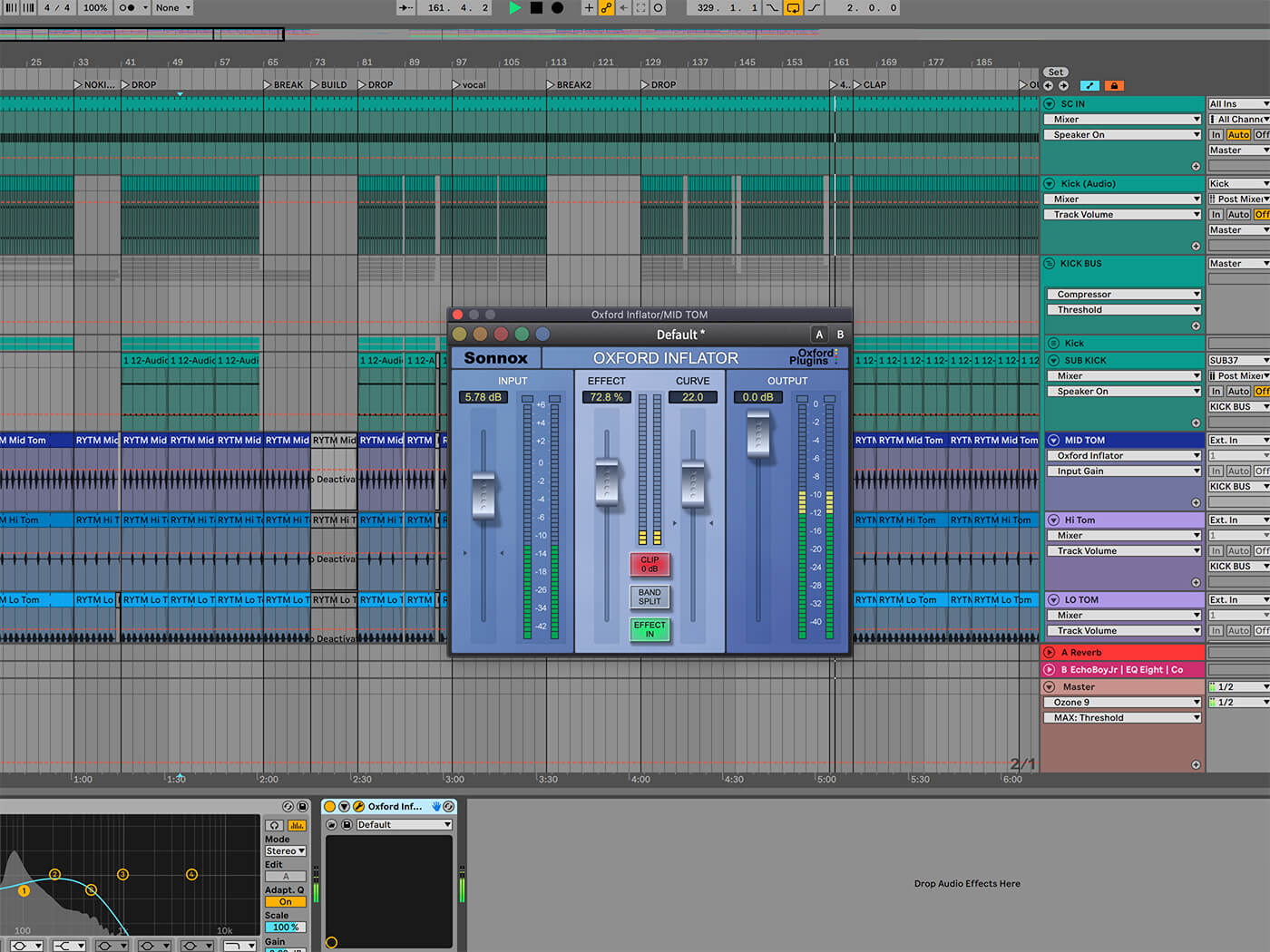 Small Things by Steve Darko and Nik Thrine is out now on Dirtybird. Listen here.

Stay up to date with Steve Darko on Spotify / SoundCloud / Instagram.