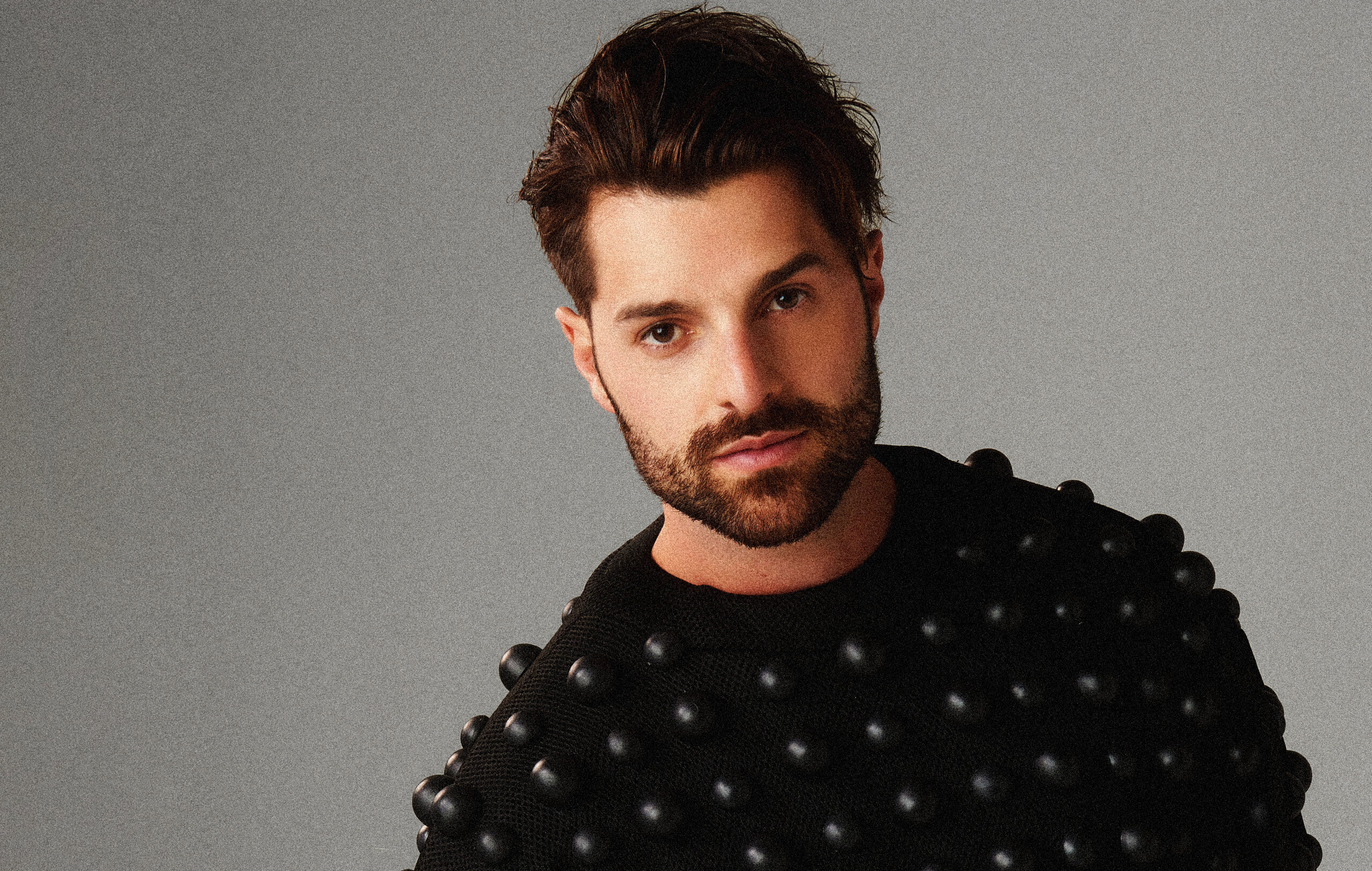 Brazilian megastar producer and DJ Alok tells us how he’s fused classic tracks with dancefloor energy to become one of the world’s most prolific producers.

‘Is DJ Alok real?’ is among the top suggested Google searches for the Brazilian-born DJ and producer. With 20 million monthly listeners on Spotify, almost 28 million Instagram followers and a raft of accolades and roof-raising club tracks to his name, you’d be forgiven for believing that Alok exists in a different realm to ours. Still, a Zoom call on which he’s charming and enthused confirms that he is indeed human, despite having worked with some of music’s most titanic icons. Everyone from the Rolling Stones and Zara Larsson to Jason Derulo and Tove Lo has benefited from his Midas touch. So how does he do it?

“I often get asked, ‘What’s your style?’,” he says of his productions. “I’m a free soul and free spirit. I don’t just pursue Brazilian bass. I work on pop, hip-hop, funk – my creativity is not imprisoned by borders, I just go wherever it takes me.”

Alok’s freewheeling approach has led to head-spinning successes. Named the world’s fourth-best DJ in DJ Mag’s Top 100 poll amid headline performances at festivals such as Tomorrowland and Untold, his beginnings are a far cry from the glitz and fireworks that now surround him. His parents – Brazilian DJ Ekanta and her husband DJ Swarup – are proponents of psytrance, a more niche and hallucinatory strain of dance music that he used as inspiration to propel his own productions.

“They’ve been pioneers of this psytrance scene in Brazil and South America,” he says. “Since I’ve been very young, they were always my biggest inspirations. It was a great privilege to have my parents as DJs and producers. They gave me the freedom to think I could also be a musician.”

Alok’s early experiments with sounds and beats came as a teenager, working alongside his twin brother Bhaskar. After spending his childhood obsessed with computer games, Alok gradually and with the help of his family developed a love for making music.

“I started producing by exchanging my passion for video games with the DAW Logic Pro,” says Alok, with a laugh. “That’s how I began, from seeing how my parents did it. My brother and I then started producing our own music from the age of 12.”

After tasting some success in Brazil alongside his twin as one half of production duo Logica, and pursuing a tougher underground sound influenced by his parents, Alok left the country to study in London and push his career further.

“I started as a barback at The Prince in Brixton,” Alok says of his time in the UK as a student. “One day, we were having a party upstairs at the pub and one of the managers asked if I knew who Logica were, as he’d seen them recently play. I told him I was part of them. The latest chapter in my journey really started from there.”

After hitting reset and going solo, Alok took advantage of as many opportunities as possible until embracing revere in 2019 with Hear Me Now, a track produced in collaboration with Bruno Martini and featuring Brazilian-American recording artist Zeeba. Alok was in the studio sharing music with Martini and discussing some of the tracks from a forthcoming Zeeba record when the shape of this song first came into view.

“It was a bit different to some of the other material and really stood out to me,” he explains of the earworm, which features a deceptively simple melody and whistled top line. “I felt like it was something unique at the time and had real potential to go down well in the clubs.”

Released via Spinnin’ Records, it became a global viral phenomenon, thanks in part to his DJ sets. Before it was officially released, it became one of the most Shazam’d tracks in Brazil.

“There’s no real explanation to why certain songs like this go so big,” says Alok. “I can tell there’s some good energy in there. But if I knew what was going to be a hit, I would only do Hear Me Now-style tracks. There’s no such thing as a formula.”

Alok’s recent tune Always Feels Like takes its hook from Rockwell’s 1984 hit Somebody’s Watching Me, which features vocals by Michael and Jermaine Jackson, and revitalises it for dancers in 2022. It’s a method that sees classics licensed and galvanised for today’s club and festival tastes. Rather than trying to outdo the original, Alok’s creations are designed to sit alongside them – only injected with dance euphoria and bass wallop.

“I can never compare these versions. They are two different tracks,” Alok says. “The song I’ve done is about connecting with the dancefloor and taking elements of the original into a new place.

“I did a remix of Pink Floyd’s The Wall. I love the original and it’s 100 times better than my version,” he continues. “But my reworking is about bringing this initial energy and transforming it for an electronic music-loving crowd. I had the same feeling when I heard System of a Down’s BYOB. There are some hooks that catch me and I just have to do something with them.”

The Rolling Stones’ Mick Jagger might be Alok’s most iconic collaborator. He first met Jagger in Sao Paulo, where they discussed a remix for his 2017 track Gotta Get a Grip.

“I was beyond excited after we spoke and the next day I started my residency at Las Vegas,” says Alok. “As soon as I got there, I received the email with all these stems and acapellas – it was really happening. My dad is a huge fan of the Stones and even has a tattoo of their logo on his hand. He said to me, ‘You are in real trouble now, son. What are you going to do for Mick Jagger?’”

It took a number of different versions to hit on one that worked for both parties, with Jagger encouraging Alok to push his production into new pastures. As a follow-up, Alok was then asked to work on the 2019 Stones track Living in a Ghost Town. For this remix, they hit double figures in terms of production iterations.

“From our collaborations, I understand how Mick is such a perfectionist and very methodical – which is why he is where he is,” Alok says, with a laugh. “For Living in a Ghost Town, we did the final version and he called me saying how much he loved it. I told him I understand why he did a song called (I Can’t Get No) Satisfaction, because, quite literally, he never can!”

Alongside Ed Sheeran, Dua Lipa and John Legend, the Stones frontman is one of myriad high-profile musicians to have tapped Alok for his productions talents. But the Brazilian isn’t compelled to seek out such stars. Rather, he’s motivated by uncovering creative connections.

“I never make music thinking about who I’m going to collaborate with,” he says. “I don’t knock on people’s doors. Instead, they find something in what I’m doing that they can relate to and work with. That makes it a real honour to come together, as I truly believe we’re being our authentic selves.”

Forging relationships and capturing the resulting sparks is essential to Alok. His discography glitters with headline hook-ups but his approach to remixing and collaborations feature distinct studio strategies.

“I never try to imitate or create something better than the original version of a track,” he says. “Sometimes the remix becomes bigger – it can happen. It’s like a diamond you have to polish.”

When it comes to collaborating, this is more of a musical dialogue between him and his accomplice. A key part is giving each participant the space to air opinions and allow their accompanying sounds to interact freely.

“Everyone in this process is entitled to their own perspective, personality and point of view,” he says. “Respect needs to be there. If it’s not, then I will end it. You need to be true to yourself when entering this kind of shared creative space.”

Like many musicians, Alok’s live schedule was disrupted by the pandemic. However, the upside was that he had extra time to dedicate to the studio and production. WIth many musicians being locked in stasis and reflection, Alok thundered through about 40 track ideas. His advice to aspiring producers and remixers is to relish the time they spend writing and working on music. Every experience contributes to artistry, no matter whether an idea is deemed good or bad.

“There is never an idea that’s lost, even though I have hundreds of projects I have not released,” he says. “You’re experimenting and practising – you’re never losing time when you’re producing music, it’s an ongoing creative process.

“You can’t think you will write a hit every time. It puts too much pressure on you. Sometimes it works and sometimes it doesn’t. You can only deliver when you’ve found something that moves and excites you.”

Alok became an international artist just as the Brazilian dance scene exploded. This fervour for electronic music, particularly homegrown talent, came in the wake of an economic crash caused by the country’s volatile infrastructure.

“Historically, Brazil’s scene has always been inspired and influenced by international talent,” says Alok. “But after this financial crash, promoters couldn’t afford to take chances or book these kinds of artists. As we couldn’t bring them to Brazil, we ended up creating our own scene and sounds. It’s been crazy how fast it’s happened.”

Alok is spearheading the scene, and his rise seems unstoppable, both at home and abroad. “It’s interesting now that when international artists come to Brazil, they need to adapt their sound to succeed in our scene,” he says, with pride. “We have a lot of artists we can be thrilled for and it’s an undeniably exciting time. The majority of music loved here is by local producers.” 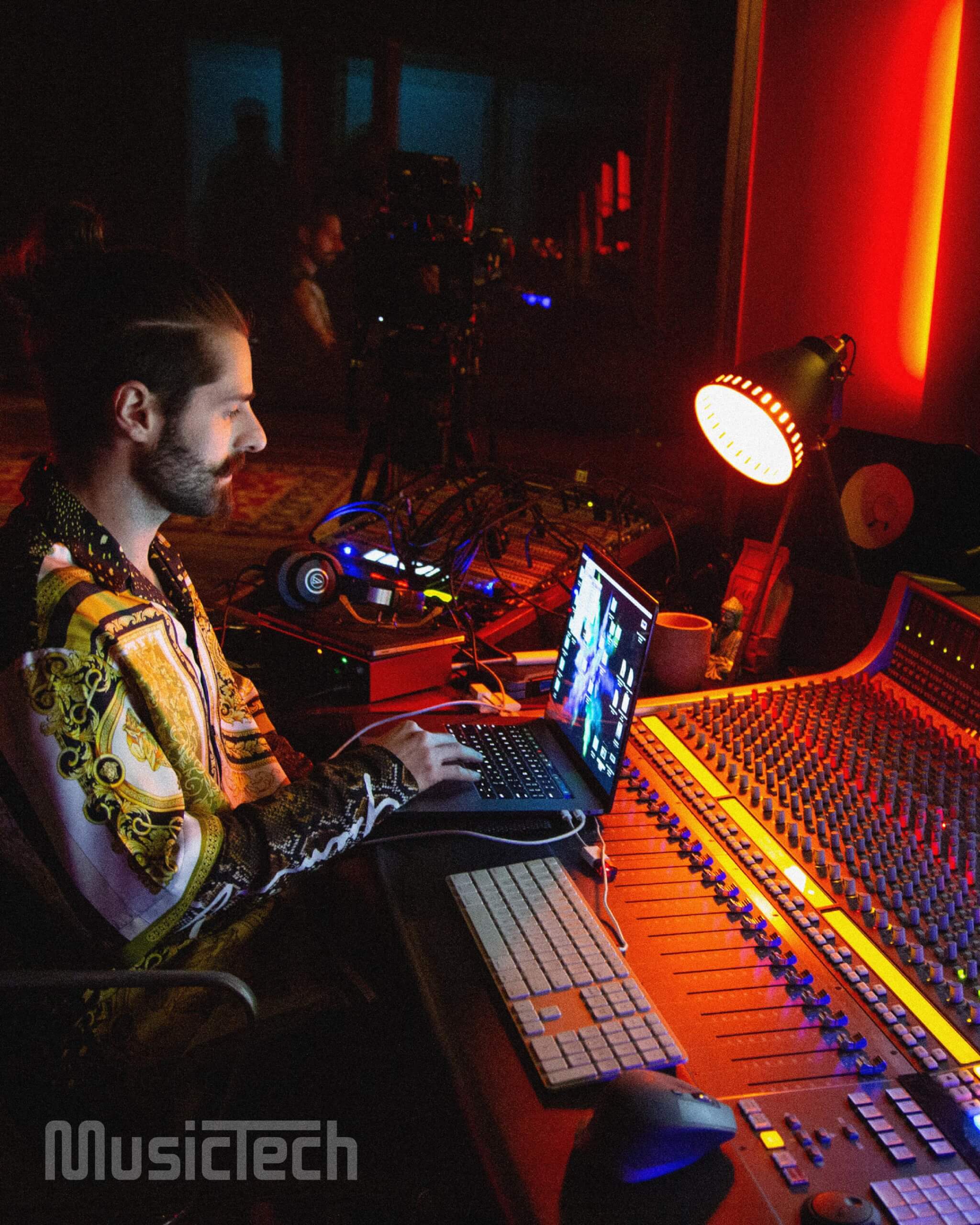 Image: PressThe coming months are shaping up to be as exciting as Brazil’s music scene. Alok’s new track, All By Myself with Ellie Goulding and Sigala, is due in October and revolves around the melody of Depeche Mode’s iconic Enjoy the Silence.

Meanwhile, the producer is exploring his homeland and the indigenous roots of its people. “I’ve realised that most of us are disconnected with the environment around us and I knew I had to bring back awareness to it. This is why I feel the future is ancestral,” he says.

“I did this performance in the middle of the Amazon with Global Citizen to highlight the impacts of climate change and global warming. It’s probably one of the most important projects of my career.”

Alok’s latest chapter, then, links to elements touched on in previous releases. From his Brazilian roots and love of collaborating to reworking older sounds for contemporary times, he’s all about connecting the past and present.

“It’s not about me,” he says. “It’s about the planet and also amplifying the voices that need to be heard.”