Friction Interview – Picking up Friction in the DJ World

One of the country’s top D’n’B DJs as well as the former host of a high-profile Radio 1 show, Shogun Audio label owner Friction (aka Ed Keeley) checked in with us to discuss his newfound love of music production, the changes in the DJ world over the last 20 years – and some key advice… […]

One of the country’s top D’n’B DJs as well as the former host of a high-profile Radio 1 show, Shogun Audio label owner Friction (aka Ed Keeley) checked in with us to discuss his newfound love of music production, the changes in the DJ world over the last 20 years – and some key advice… 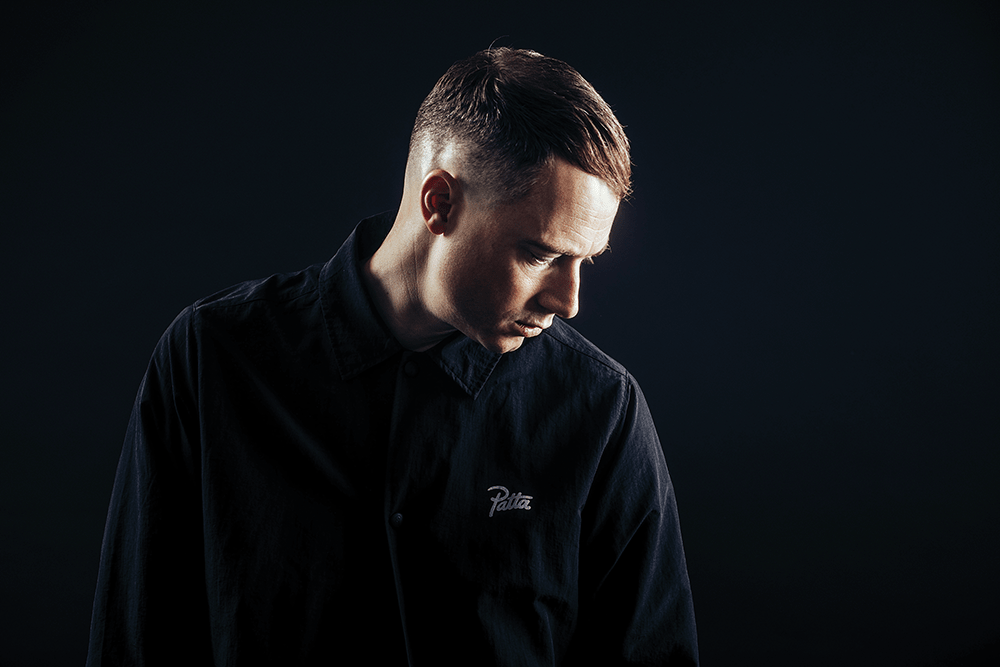 With a career that spans both high-profile DJing as well as remixing and composition for others and on his own terms, Friction is poised to once again take to the stage in his hometown to dispense some wise words of wisdom at this year’s Brighton Music Conference. We caught up with him to get some insight into his multi-faceted career in the music industry…

MusicTech: Can you give us a bit of background to your career and how you started making music?

Ed Keeley: “I started off as a DJ – I went to jungle and drum ‘n’ bass clubs. I’d go out to wherever I could get into. I looked quite young, so it was often hard to get into clubs, but I’d go to raves and stuff. This was me getting my head into the scene, really. I saw the light, DJs like Randall and Andy C were very inspiring and made me realise ‘that’s what I want to do’. I’d get gigs in a few places, I’d be only paid like a fiver or something back then. So eventually, that started taking off and it kind of went from there, really. I made a lot of headway as a DJ, primarily. Over the years, I became more involved with track-building and production, but early on, I’d get an engineer to help me. It’s only the last five or six years that I’ve really embraced production as an art. I engineer, mix and produce totally on my own two feet now.”

MT: How do you begin a new track – do you start with individual elements and build incrementally, or start with larger ideas in your head?

EK: “It depends, really, how I’m working. I might hear a track or something rhythmically that inspires me. I’ll go into the studio and put some drums together. But if I’m working on a more ‘musical’ kick, then I might start with some pads and mess around with different keys and build everything up around that musically. If it’s a more dancefloor-orientated track, then I’ll start with drums and a bassline. It all depends on the type of tune. I might go into the studio with a vocalist or songwriter and they might put down some of their material. Maybe I’ll then build some more music around that and we’ll write a track together. There are so many different permutations.”

MT: How does your creative approach change when you work on remixes compared to your own mixes?

EK: “Remixes are a lot different. You might get a house track at 120bpm and, you know, they might want a drum ‘n’ bass version of that. I’ll ask for the stems early on and put them in Ableton Live and begin chopping and changing things around to see, for example, if some stems sounds better 50bpm faster. How do I make it work? It’s a lot of experimentation. I’ll find something new that feels right to me. I’ll take the hook element from the original track, I bounce it out and put it in Logic and then incorporate those new modified stems into there, too. I’ll build the remix around those mutated samples.”

MT: How has DJing changed over the last three decades, and do you find there’s more of a crossover now between music production and DJing?

EK: “When I was starting out, it was all really about DJing and a lot of the producers weren’t really involved with DJing. The likes of Dillinja and people like that didn’t really DJ, they just made tunes. Now I think that, quite often, people are booked to perform DJ sets around the world because people have heard their music. The lines are more blurred. I think quite a lot of skill and the art of it has been slightly lost along the way, it’s almost like marketing and PR is becoming more important than having the actual skills of mixing. This is why, as a DJ and a producer, it’s so important to be at your best with your music.”

MT: What gear is central to your setup, both in terms of music production and DJing?

EK: “As a DJ, I play on four CDJs linked together, I’ve thought about a computer option, using Serato or Traktor, but I’ve never been quite comfortable having a laptop next to me while DJing. I’m quite traditional really, it’s just how I like to do it.

“Production-wise, I’ve got an iMac with Logic and Ableton Live. I use Live, like I say, for stretching and making samples and I use Logic for overall mixing. It’s always been something I’m happy to use. Often, folks have recommended I do everything in Live or try Cubase, but for me, Logic just works. I’m happy with it. I’m completely digital, really. I’d like to get into the analogue side at some point, but I’ve been writing an album for the last three or four years. If I did start getting into analogue stuff, it’d be another three or four years before the album got finished! I try and keep everything as simple as possible.”

MT: How has music making and production technically changed for you? Is there any older kit that you used to use that has been superseded?

EK: “Most of the time, I’d been working with engineers and collaborating with other artists, I would work with an AKAI or an E-MU for the first few years. To be honest, I’d be totally lost if you put one of those things in front of me now! That was how I started, it was a very physical thing. Now, it’s changed. When I was working with Dillinja, he showed me how to produce with a computer. I was blown away by what you could do with Logic. It took away a lot of time. Working with audio in a computer, everything was simpler. It made it very accessible, whereas before, I’d have to go to an actual studio to work with the gear. Suddenly, it was the case that I realised I could actually write and record a tune on my laptop.”

MT: What advice would you give to anyone wanting to have a similar career to yours?

EK: “I think what I’d say is: ‘Be hard on yourself and what you’re making’. Whether it’s experimental or commercial, whatever it is, make sure it’s the best that you can make it. Get feedback and perspectives from people who will be honest with you. You don’t want people just saying: ‘Yeah, I like that’. Critical feedback is important! Hone what you’re doing and get better.”

MT: What will you be doing at the Brighton Music Conference and what are your experiences of the conference?

EK: “I’ve been there a couple of times now and it’s in my hometown of Brighton, which is great. It’s something that I really want to support heavily, because it’s raising awareness of the dance-music scene in general and that’s something I’m very keen to promote. I’ve done a few talks before on various topics related to DJing, production and music making. This time, I think my focus will be more on being an artist in the D‘n’B/dance-music world and what that entails. It’s always great to chat to people on the level and give people a real insight into what you do. I’m really looking forward to it.”

MT: What is next on the agenda for you?

EK: “I’m currently in the process of remixing Fatboy Slim’s Right Here, Right Now and that’s followed by a new single in June and then the album is coming in September. It’s going to be called Connections.”