In the latest of our studio interview series where we chat to selected readers about their home studio setup we talk to the EarthTones Music Group about their magnificent setup… Images courtesy of Visual Thought MusicTech: Tell us about your studio? Claudio Cueni: My studio is located at my house here in Los Angeles. It’s […] 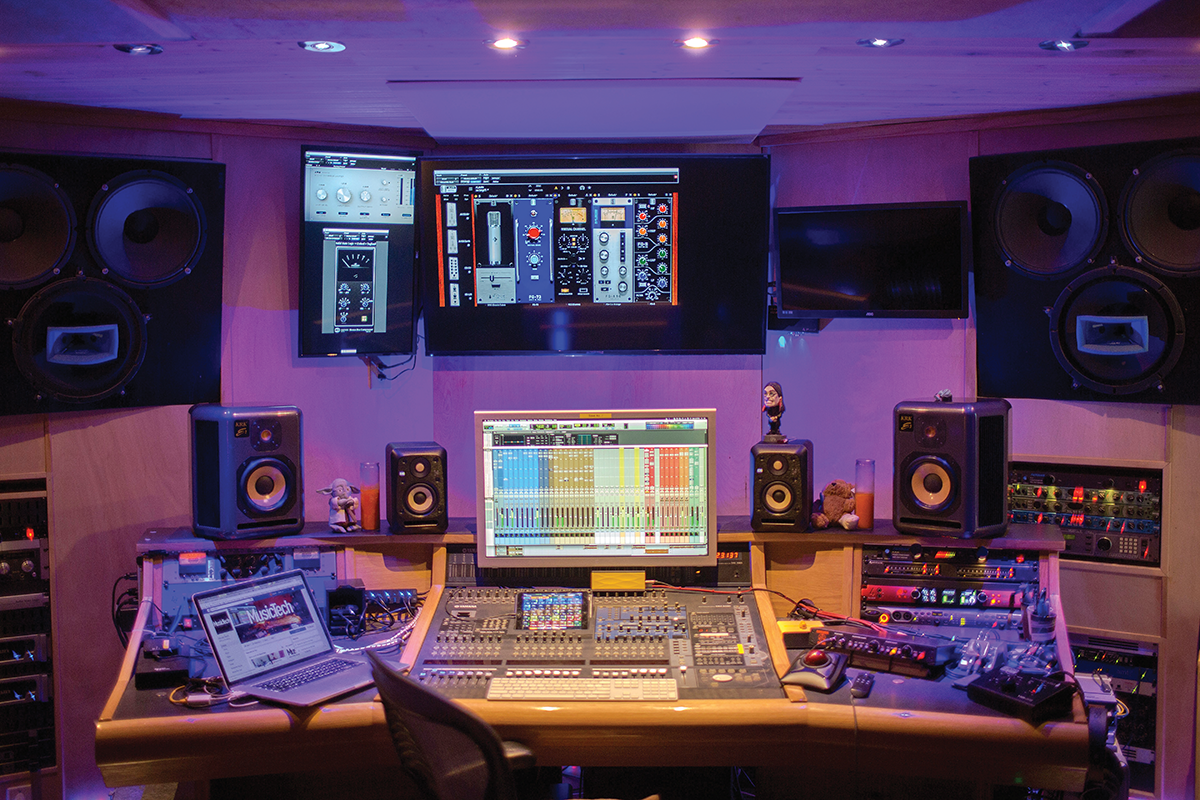 MusicTech: Tell us about your studio?

Claudio Cueni: My studio is located at my house here in Los Angeles. It’s a fully floated room inside a room construction. Although I’ve been working in all the major (and not so major) studios here in town for the last 25 years, I’ve always had a home setup that constantly grew over the years.

The transition to working fully at home came about 15 years ago while mixing some of the posthumous 2Pac records. For security reasons, the label didn’t want us to work in any commercial studios, so out of necessity, I started mixing in the box fairly early on.

I realised I loved working from my home (no LA traffic to fight, home-cooked meals), and I was getting the same-quality results as working in a big room. Although I have very patient and nice neighbours, they were probably sick of hearing me work late nights trying to meet deadlines. So, before the pitchforks came out, I built the nicely isolated and amazing-sounding room I have now.

MT: Give us a rundown of the gear in the studio…

A Yamaha DM2000 control surface. These days, I pretty much just use it as a control surface for my DAWs and as a mixer for the few keyboards I have. Although mine is about 15 years old, it never let me down and just always works. My main interface is a Focusrite RED 4Pre. For me, it’s the best-sounding interface on the market right now and also very flexible.

I’m using it with Dante for PT HD 12, Digilink for PT HD 10 (to pull up pre PT 12 mixes) and Thunderbolt if I want to use it with my laptop. My speakers: main mix tools are the new Series 4 KRK V4s – it’s stunning how good they sound and translate. I also use the old KRK Expose 7s with a 12-inch KRK sub, and if I, or my client, wants it really loud, I have modified Urei 815C monsters soffit mounted in the wall. Also important for checking mixes is my little Jambox bluetooth speaker.

My main microphone is the Slate VMS system. I own a few and have access to pretty much any vintage or modern mic I want. Slate absolutely nailed it with this system, and the flexibility to change the mic and/or mic-pre anytime after the recording is priceless. My favourite plug-ins are in the SSL Duende channel strip. I grew up on SSLs and the SSL plug- ins give me ‘that’ sound. Also, I love everything Slate and Plugin Alliance is making (the Passeq is sublime). 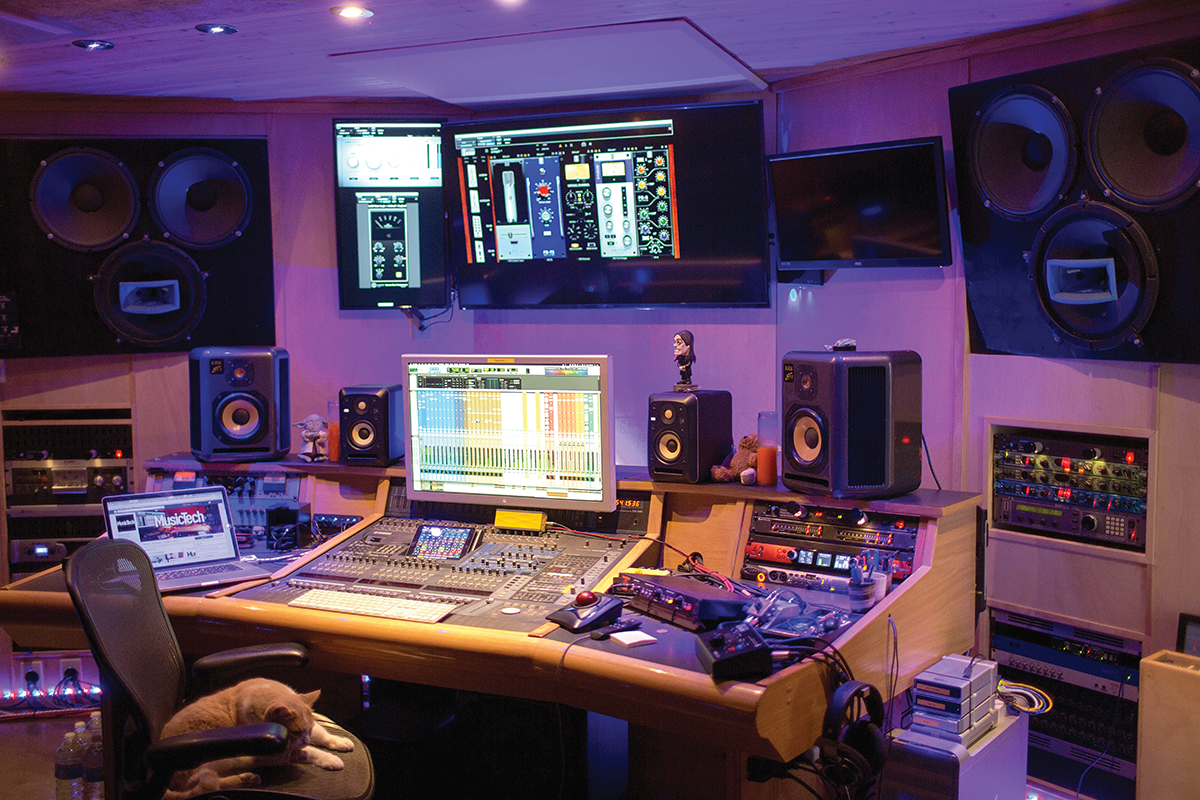 MT: Which DAW and why?

Pro Tools HD 12. There’s simply no better or efficient mix tool on the market. I mix music as well as post sound, and no matter what crazy routing or automation I’ve got going on, or if I need to do surround and stereo mixes at the same time, it never slows me down or takes me out of my creative flow. Also, the last time it crashed was about a month ago.

It’s a toss up between my Manley Variable Mu compressor (I haven’t done a mix without it on the stereo bus in 20 years), and my very comfortable Herman Miller Aeron chair, probably my most used piece of gear in the studio since, of course, I sit on it all day, every day.

MT: How much time do you get to spend in the studio each week?
I’m pretty much in the studio every day, at least six days a week, usually between 10- and 14-hour days. I love it and I still can’t get enough of it. 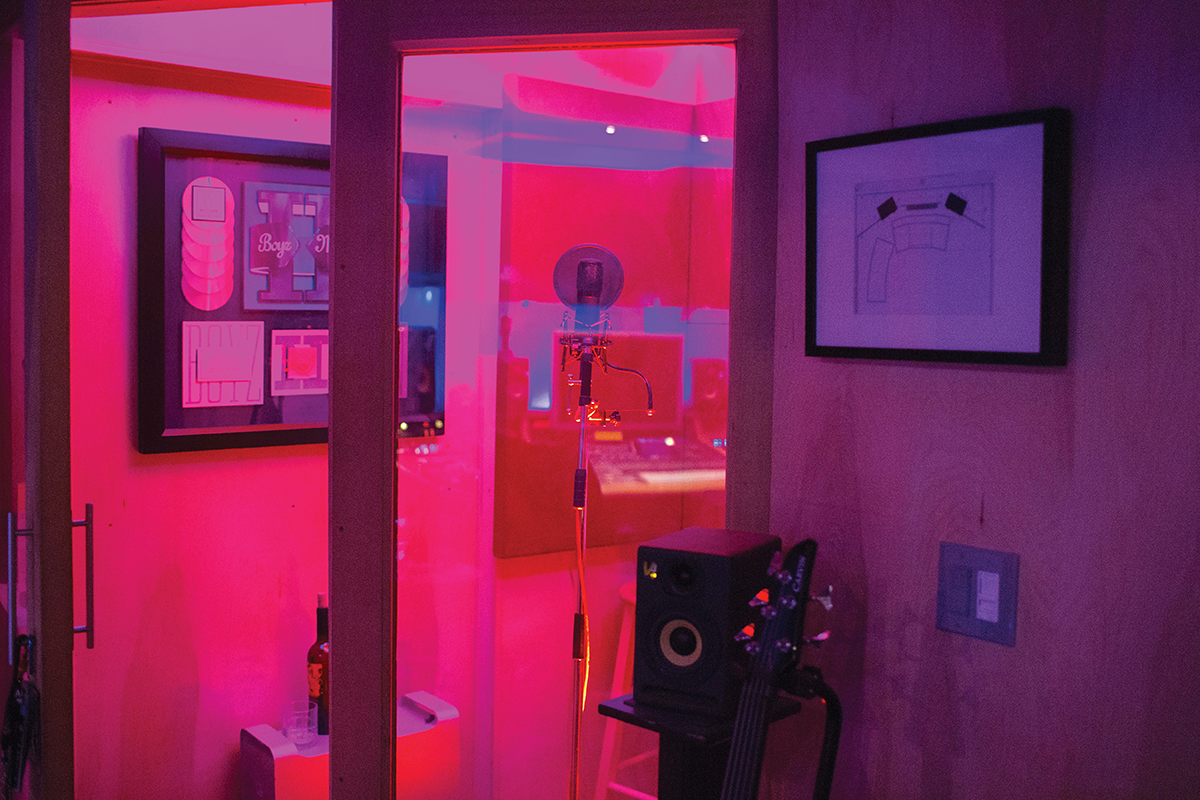 A replacement for my Yamaha DM2000. Since I’m now only using it as a control surface, I want something a little more modern and flexible, so I’m probably going with a Slate MTi touch surface.

I’m lucky that I already got to work with my dream gear. For years, I worked at Larrabee Sound Studios, Record Plant, Paramount and many others on monster SSL and Neve consoles. Those days were fun, and I still work on a ‘real’ board once in a while. But I’m just as excited that I can get the same quality out of my studio 20 feet from my bedroom. 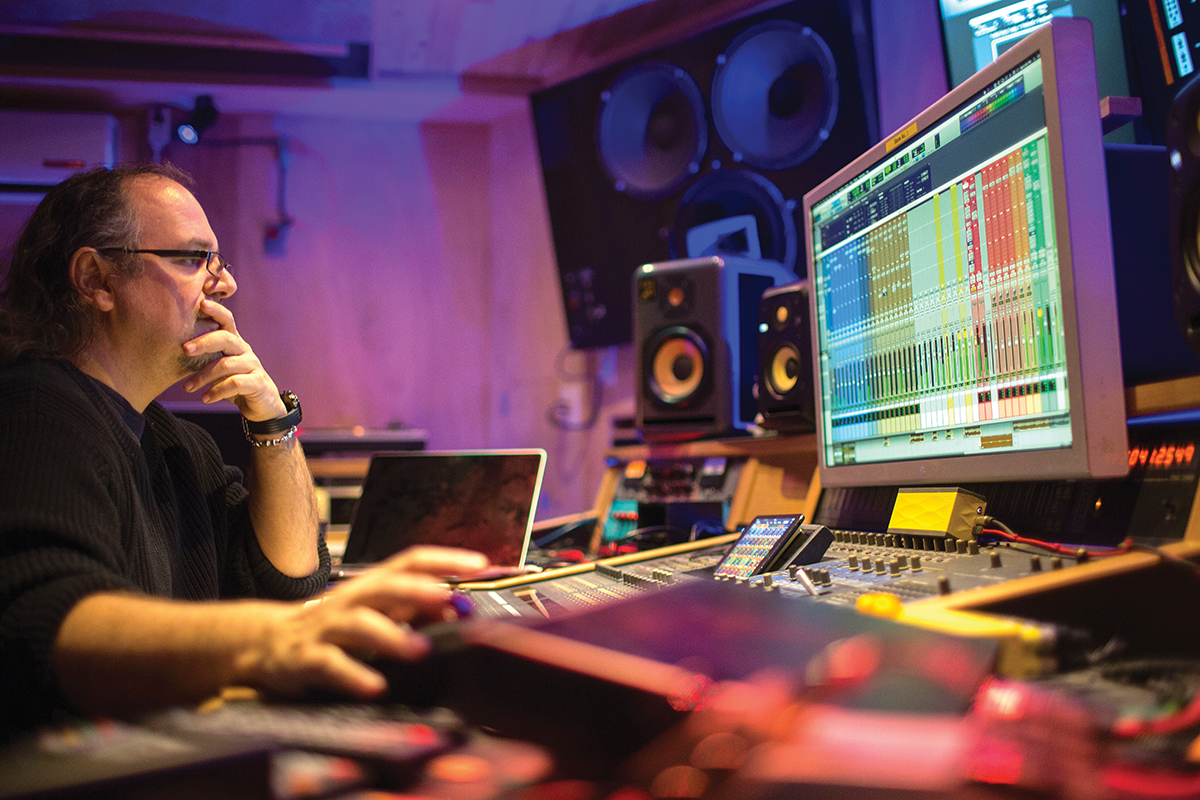 Don’t worry too much about chasing gear. I’ve heard amazing records being made (and being extremely successful) on very modest gear. Nobody is going to hate your song because you didn’t use a Neve preamp. Learn the tools you have and become better and more proficient then everybody else.

Skill, determination and creativity are always going to be the deciding factor in your career, and you can’t buy that at the pro-audio store… 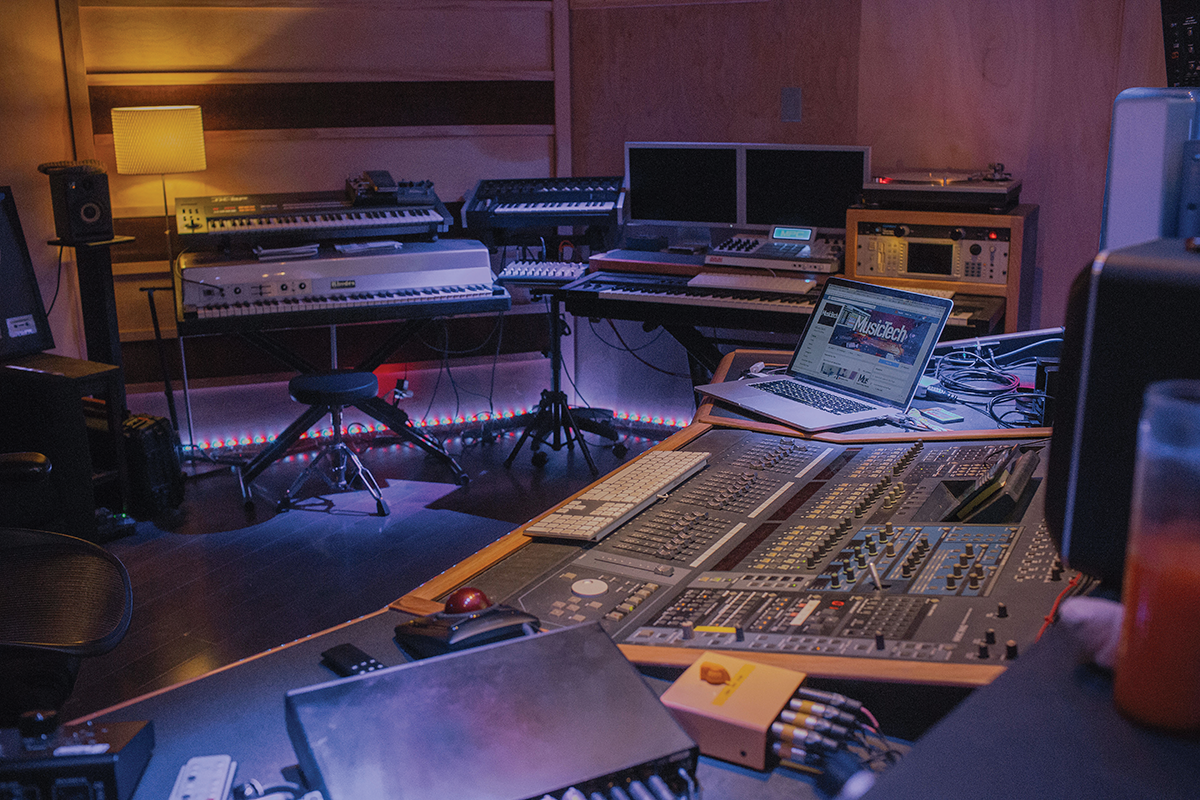