In this studio interview we’re covering the studio we featured on the cover of last month’s MusicTech magazine, it’s A Sharp Recording Studio which is based in Sydney. We chat to owner/Director Richard Lake… We particuarly love the Shadow Hills compressor in this picture, but the whole setup at A Sharp is incredible MusicTech: Tell […] 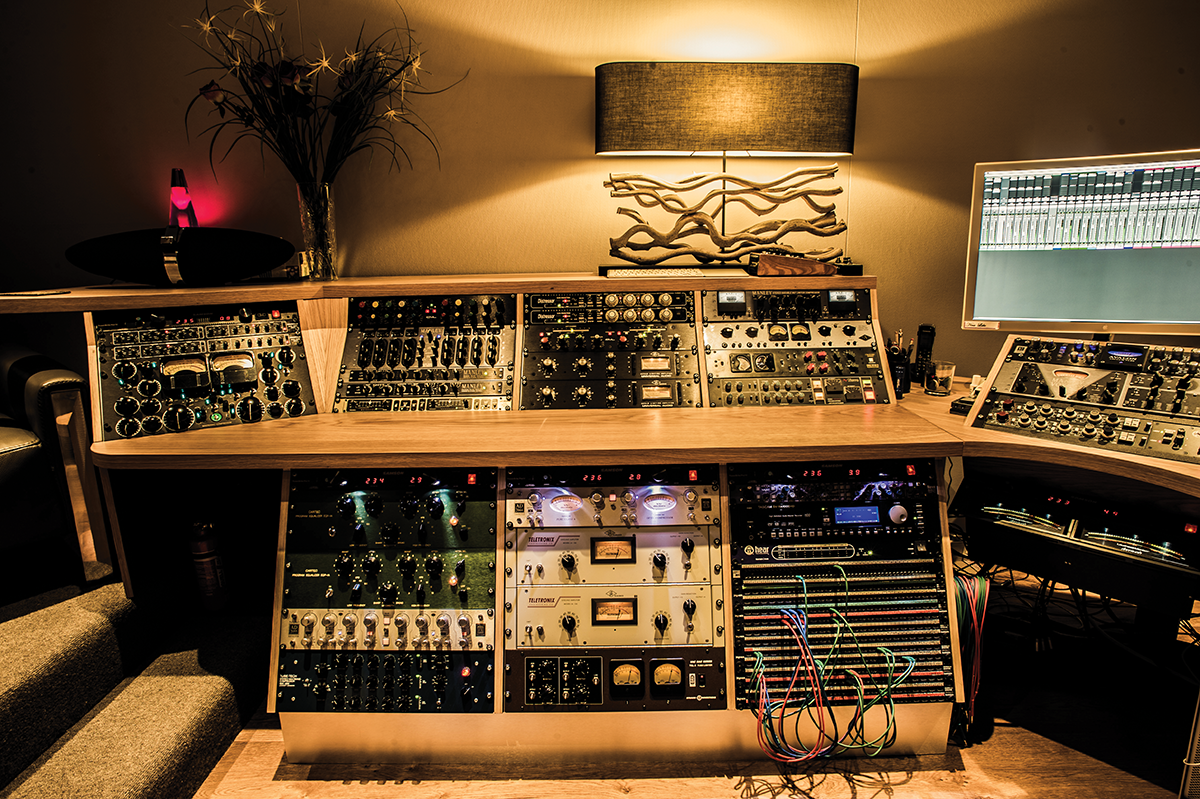 In this studio interview we’re covering the studio we featured on the cover of last month’s MusicTech magazine, it’s A Sharp Recording Studio which is based in Sydney. We chat to owner/Director Richard Lake…

We particuarly love the Shadow Hills compressor in this picture, but the whole setup at A Sharp is incredible

MusicTech: Tell us about A Sharp Recording Studio

Richard Lake: It was designed and built with acoustic and customer experience in mind. Producer Steve James, co-owner of A Sharp, and I wanted to build the best-sounding, medium-size control room in Sydney, with acoustics that producers and engineers could immediately trust.

Steve and I are both English and Steve’s the son of the famous English actor Sid James. It goes without saying that when the artist feels comfortable in a space, then they will perform – achieving the performance is key to the recording. This will help the reputation of the studio in an ever-changing market. We took time to understand how to use the limited studio space, agree on the principle design elements and we haven’t looked back. 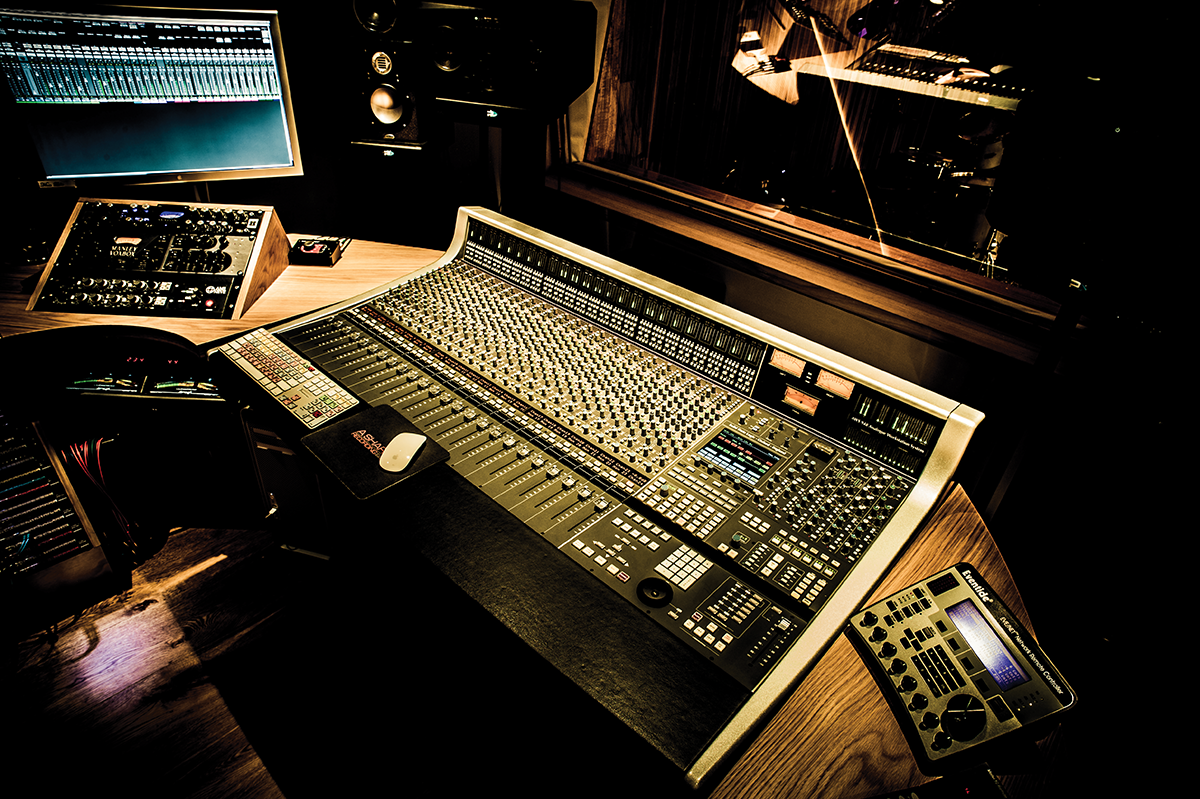 Assorted through the page: An amazing live room and the SSL desk, and a mouth-watering rack of outboard. All part of the best-looking studio in Sydney

Finding a desk that would respond to the modern hybrid analogue digital system and workflow was equally important and why we went for an SSL AWS 948. It was chosen for its workflow, 24 channels of mic pres, DAW connectivity and monitoring section.

As far as monitoring goes, we chose a pair of Adam S3X-Hs and an Adam Sub12 for the volume of the control room. We also provide an eclectic array of other monitors for the various producers that use A Sharp, including Unity Little Rocks, Genelec 8040s, Avantones and NS10ms, to name a few.

With freelance engineers in mind, we also installed a variety of mic pres, including Neve 1073s, 1081s, 8801s, VOXBOX and Avalon to complement the SSL and for a variety of tracking situations, be they drums, vocals or classical instruments.

The work at A Sharp Studio is quite varied, so in terms of mics, we’ve quite a few in the cupboard that cover a variety of situations including Neumann, Coles, Royer, Telefunken, AKG or the more staple dynamics that you find in studios such as the SM7B, 441 and 421.

There’s quite a selection of analogue outboard gear, again to respond to the needs of the producers.

We wanted to provide various types of compression – Vari-Mu, VCA, Optical, Diode Bridge or FET – and as such, would like to believe that we’ve nearly the best selection of outboard gear in Sydney for our size.

MT: Which DAW is used at A Sharp Recording Studio and why?

Pro Tools 12 HDX is a must, due to the nature of the industry and being a professional studio. Although many producers of certain genres of music prefer Logic, Reaper or Ableton as a DAW, we find that Pro Tools is a universally accepted DAW.

It changes depending on the project and what’s in the studio and session that week! We recorded piano and cello last week and, during the mixing stage, we used the Bricasti outboard reverbs. Clients are always surprised with this effect and honestly, nothing sounds quite as natural or musical as these units.

Like all studio owners and producers/engineers, we normally only have one life and that’s the studio – this is what the family would say, anyway! I’m in the studio at least 50-plus hours a week and when at home, I normally find myself working on other business-related tasks. It doesn’t stop, but I wouldn’t have it any other way…

MT: How do you use A Sharp Recording Studio?

The studio is in use seven days a week and is sometimes only shut a few hours, as we sometimes have several sessions during a day.

Primarily, the work is recording – but we’ve seen quite a bit of mixing taking place, with several very good producers who want to finish their mixing projects in a space with an acoustic that they can trust, and use analogue gear which they print back into Pro Tools for the recall ability.

MT: What’s next on your shopping list gear-wise for A Sharp Recording Studio, and why? 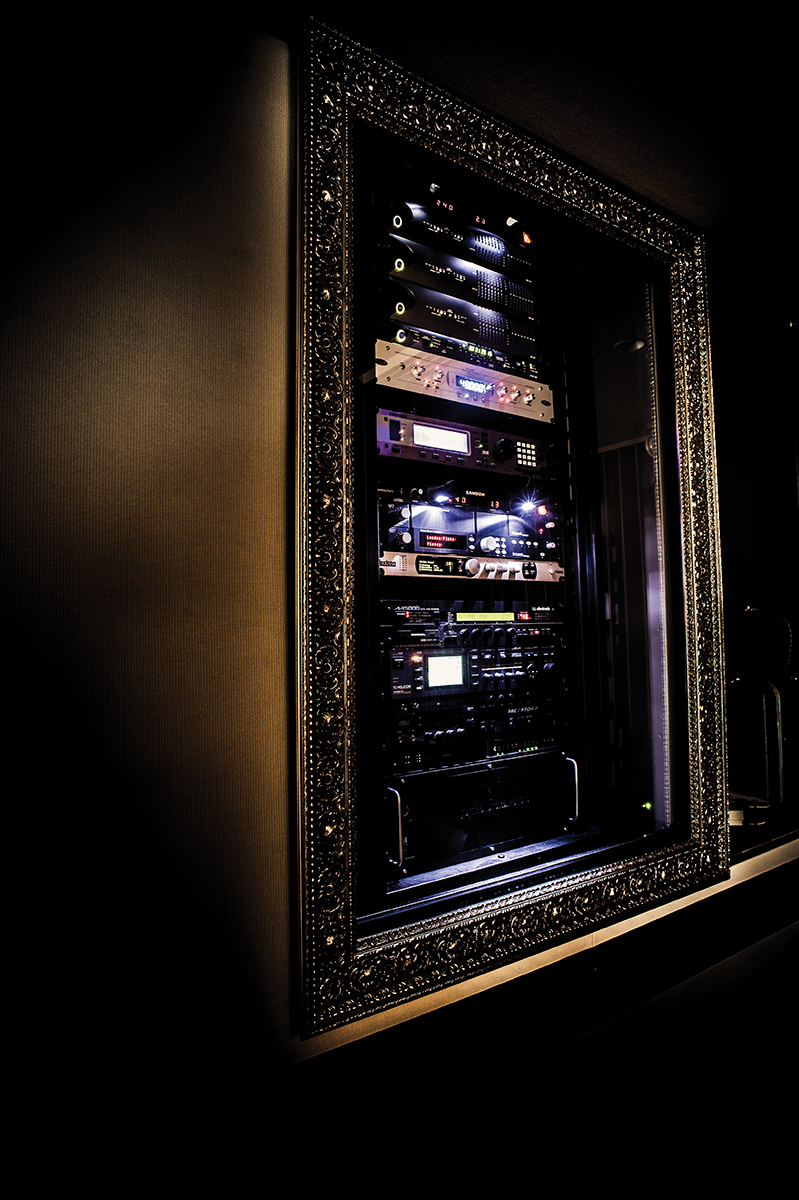 I’d like to buy a Telefunken ELA M 251. I used this microphone once and it was absolutely amazing. Perhaps one day we’ll be able to buy one…

It may sound crazy, but learn to use your ears and understand the sound you want to achieve. Too often, I see younger engineers ‘listen’ to the screen of the DAW and interpret the sound by looking at the waveform. 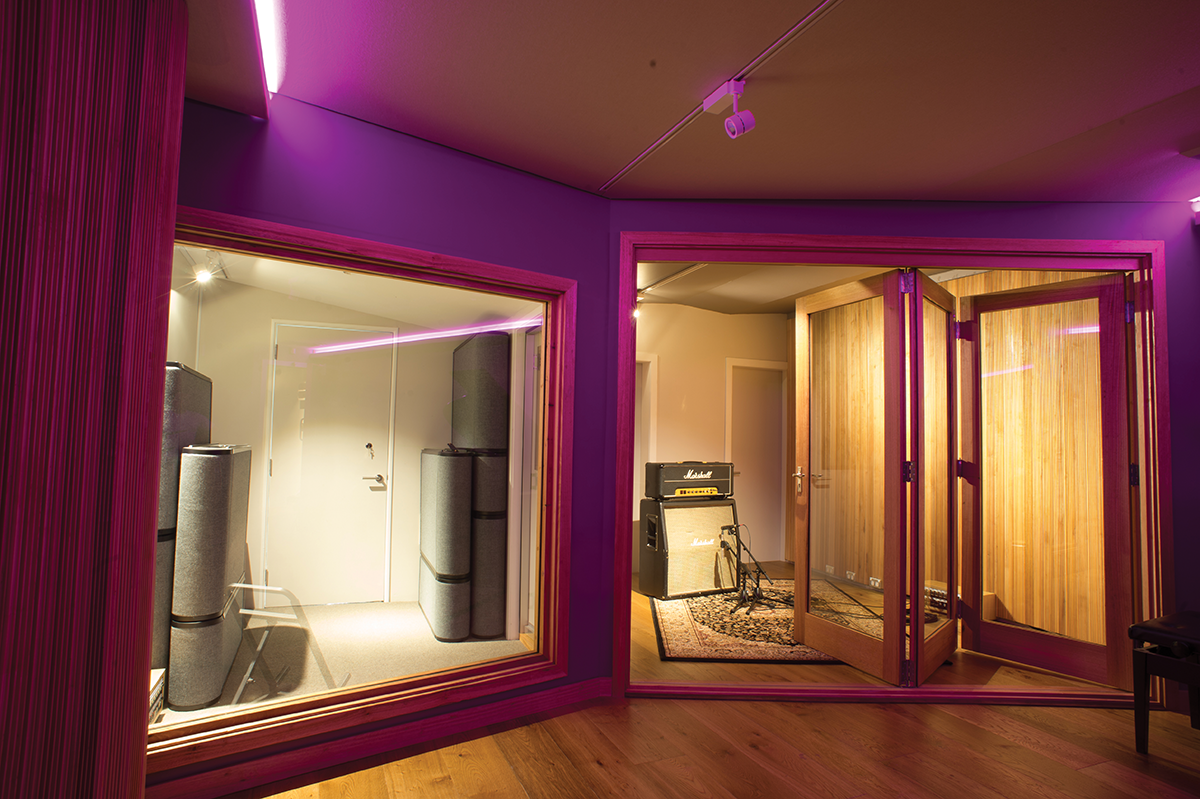 Also, if you’re spending time and money on building a studio, then you should have an acoustician come and measure the room and at least give you some indication as to how sound reacts within the space that you intend to use.

If the acoustics are wrong, then you’ll never trust your room and all those hours you spend trying to get the result for your client you want will be wasted. Time is money, so better spend it on the acoustician