The MusicTech Guide To What’s New In Reason 10

Reason 10 is here, so it’s time for Andy Jones to give us the lowdown on some of its new instruments and innovative features, as well as three step-by-step walkthroughs to create some monster sounds… Reason 10 is out now and is broader in scope than ever before. Far from being just a DAW for […] 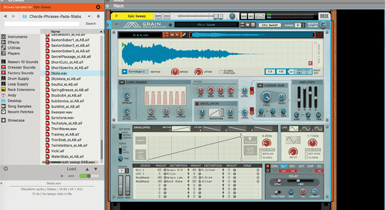 Reason 10 is here, so it’s time for Andy Jones to give us the lowdown on some of its new instruments and innovative features, as well as three step-by-step walkthroughs to create some monster sounds… 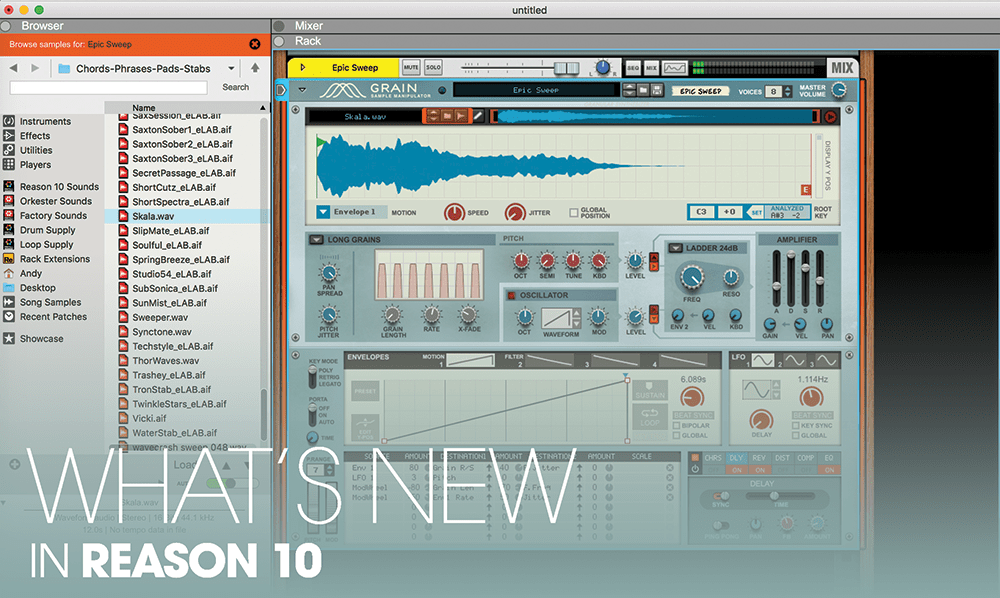 Reason 10 is out now and is broader in scope than ever before. Far from being just a DAW for dance- or electronic-music making, the software now comes packed with enough new instruments and effects to appeal to a wider variety of genre composers. With the addition of the new Grain instrument, it should appeal to sound designers and composers of moody and atmospheric music – we have a specific tutorial on that instrument.

In a moment, we’ll have a quick rundown on what you get with the latest version of Reason. But first, let’s recap on the DAW itself. Incredibly, Propellerhead Software first released Reason 17 years ago.

It came out at a time when software instruments were becoming a reality and when computers were just becoming powerful enough to process real-time, on-screen sonic manipulation. Rather than just releasing one instrument, however, Propellerhead’s Reason was a virtual rack of them.

The beauty of Reason has always been the workflow – the way that you can route everything through everything else, by ‘flipping’ the rack and plugging away. Reason’s instruments have become classics in themselves and some, like Thor, have developed a life of their own outside the software, as iOS synths. Another consistent selling point of the software has been its cross-platform nature and also how light on processing power it is for such a powerful audio workstation.

Reason was, however, a relatively closed ecosystem, with third-party involvement only happening by way of Rack Extensions from v6.5 onwards. That changed this year, with v9.5 of the software adding VST support – meaning that thousands of instruments can now run within Reason (some 7,000 were tested by the Props on launch).

Version 10 adds more of pretty much everything. There’s a large new sample library that refreshes Reason’s beats, loops, basses and many other sounds. However, the best news comes by way of two mighty new synths, together with three sample-based instruments that do their best to give Reason a more rounded acoustic and human feel.

Reason enough Grain and Europa alone make Reason 10 a fulsome and good-value upgrade. Just those two synths offer you extreme ends of the sonic spectrum and, as you’ll see over the workshops, can cover a lot of bases – they’ll probably end up becoming classic Reason instruments.

The first new synth is Europa, an instrument that has been described as a modern-day Thor (the synth, that is… not the hammer-wielding god, or the film). This is pretty much bang on the money, as it flaunts its electronic-music possibilities from the off.

It has a huge sound, massive presets and will easily fill the gaps in any thundering tune that requires big leads and basses. Grain, on the other hand, is that one we mentioned earlier; possibly an instrument for more considered sonics, off-the-wall and vivid textures, out-there atmospheres and experimental tones.

The three other instruments are Klang, Pangea and Humana. These are for tuned percussion, world-like sounds and voices respectively and while they’re not packed with masses of presets, there’s enough on offer to manipulate the sounds and all three definitely add more human and organic, acoustic angles to Reason’s electronic roots.

Our three workshops over the following pages offer an overview of some of Reason 10’s new instruments. We take a look at Grain to show you its sample-mangling, granular approach. It comes with some fantastic presets and a whole stack of modulation options and effects.

However, we’ll focus on the main four Motion options with a sample – how it is played in real time – and the four Playback options, which really can alter the sound dramatically. One of the other great options is the ability to load in any of your own sounds.

We’ve taken a drum loop which, with just a couple of drop-down menu changes, quickly morphs into something otherworldly.Europa takes you back to what Reason does best: big electronic sounds, and we show you that, like Grain, Europa may look complex, but is fairly straightforward and has a very logical signal flow and layout.

Finally, we’ll look at Reason 10’s more natural, sample-based instruments. Offering voice, percussion and world sounds, they also host a number of effects and other tweakable options. We’ll also look at how you can push them a little, although they are for quite specific purposes and fulfil these very well. Let’s get started…

Getting to grips with Grain: Step-by-step 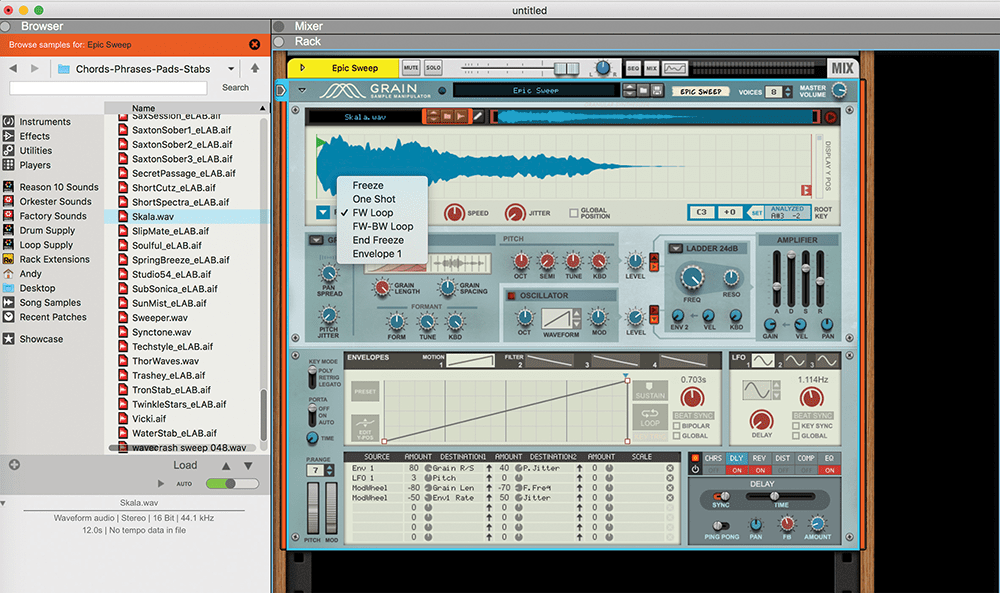 1. This is Grain, which comes with patches that contain audio samples shown as blue waveforms. You play this in one of six ways, selected by the Motion menu, which includes looping and freezing over certain points of the wave. 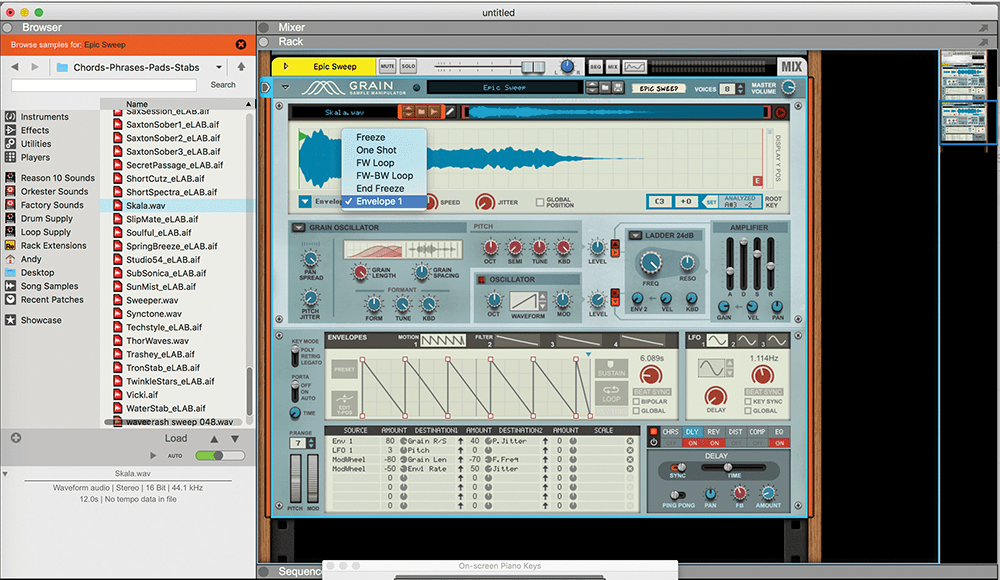 2. Select Envelope 1 from this menu and the sample plays according to that shape. In this case, we’ve selected a triangle-like envelope, so the sample plays back and forth. You can select the time it takes to do this, too. 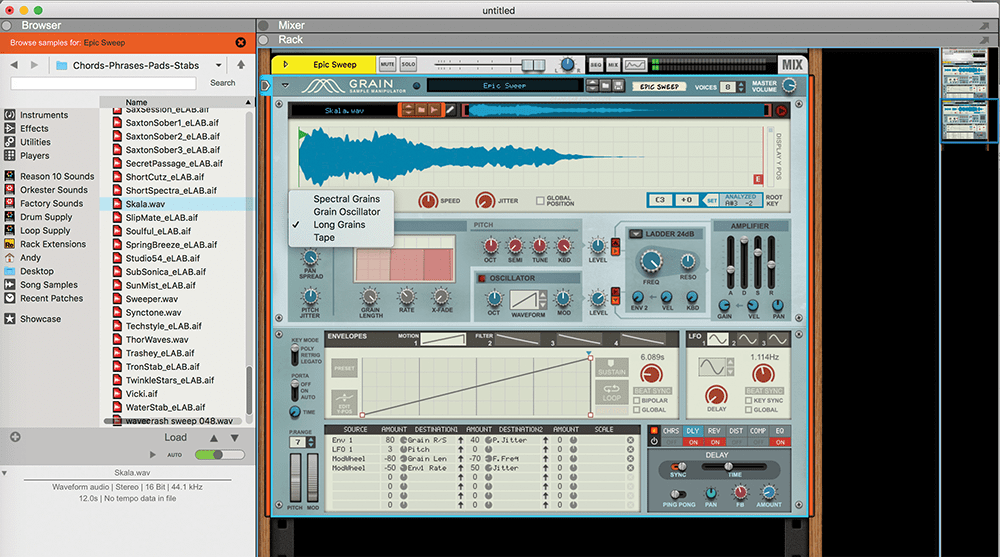 3. The Playback Method menu has four options, including Spectral Grains, Long Grain, Grain Oscillator and a Tape emulation. All of these can really dramatically alter the sound. The best one to demo is Long Grain. 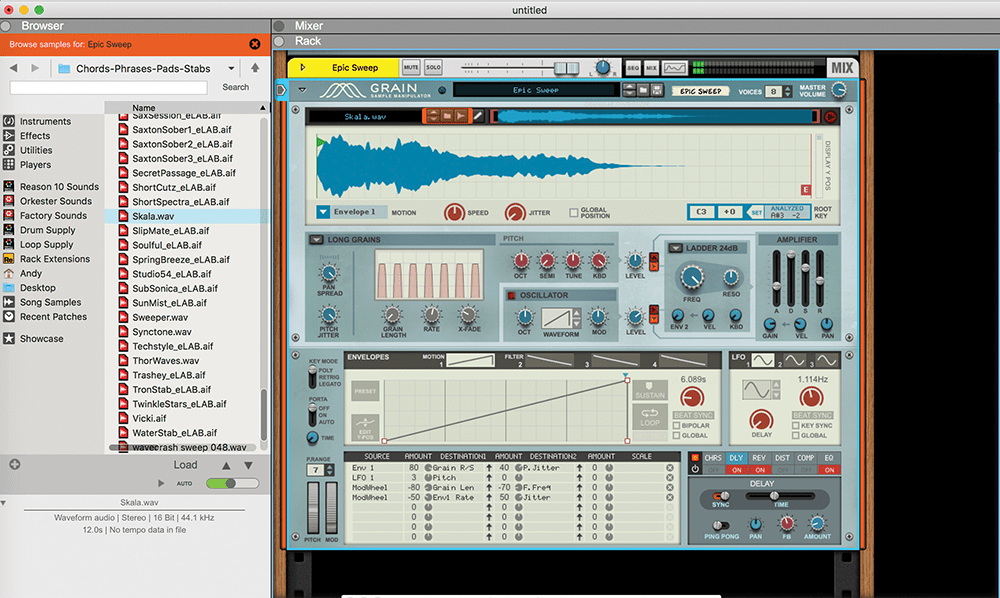 4. Decrease the Grain Length to give you a more audible granular effect. Increase this dramatically by upping the rate, and add a random pitch element by dialling in Pitch Jitter. Note the standard oscillator here, too. 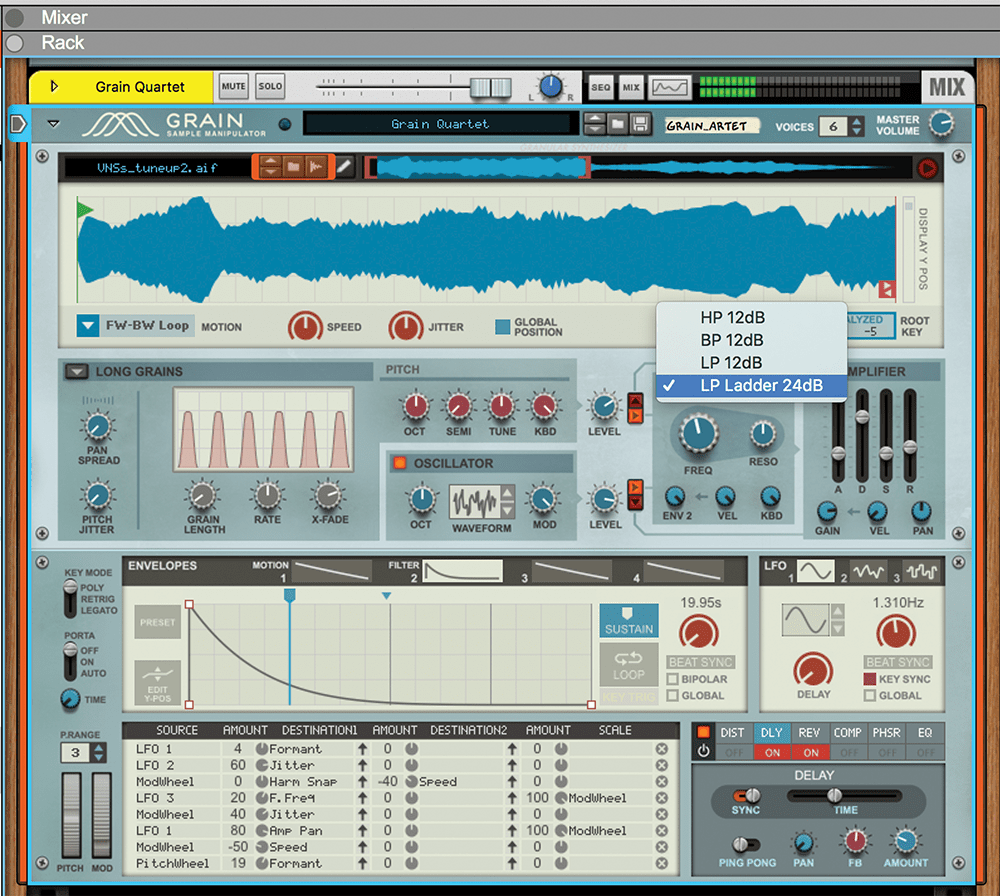 5. Switch the standard Oscillator on and select from six core waveforms (from Sine to Noise) to bring in a more regular tone. This is then mixed with the granular output before going into the filter (four types shown). 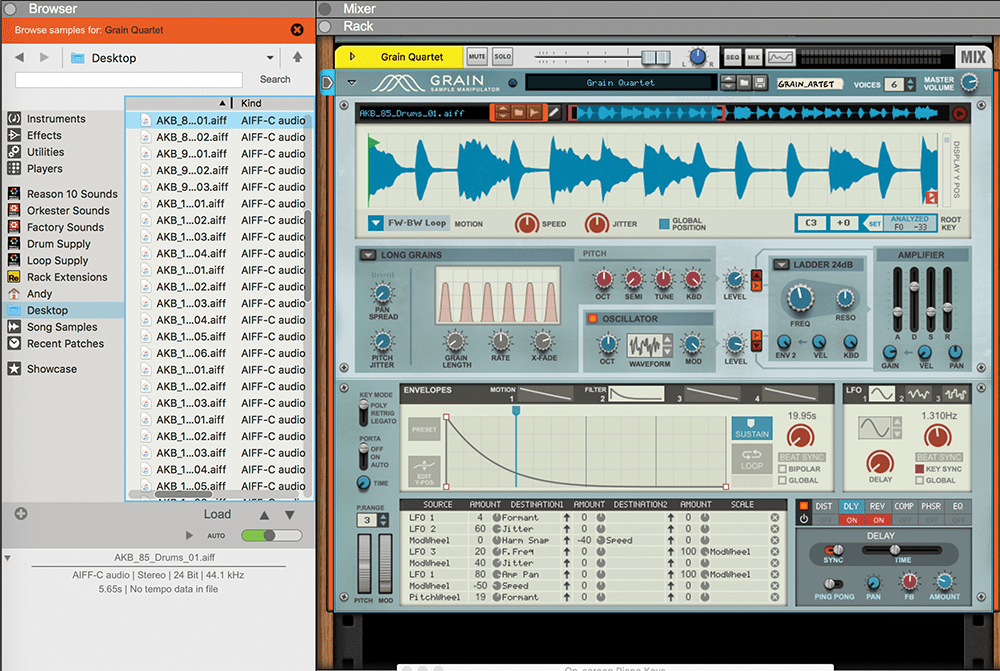 6. More fun with Grain can be had with your own samples loaded. In this case, we’ve taken a drum loop and can play it forwards and backwards, with the Long Grain playback method selected for maximum impact.