Clocking is an essential part of A/D conversion, but can it really make a difference to the quality of a recording? Mark Cousins marks time.  A dedicated word clock generator is a much more appropriate solution in setups comprising multiple digital audio devices.    Whether you’re using a simple computer-based setup with a single audio […] 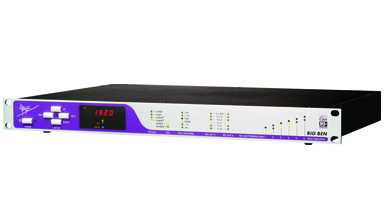 Clocking is an essential part of A/D conversion, but can it really make a difference to the quality of a recording? Mark Cousins marks time.

Whether you’re using a simple computer-based setup with a single audio interface or a complete digital production suite with multitrack recorders, a console and an effects unit all digitally connected, the way that your system is clocked can have a significant impact on the quality of your recordings. Understanding the qualitative impact of digital clocking, therefore, and how it integrates into the modern studio is an essential part of an engineer’s skill set. However, with multiple protocols to cope with and a variety of approaches on offer, the role and impact of digital clocking can seem bewildering. 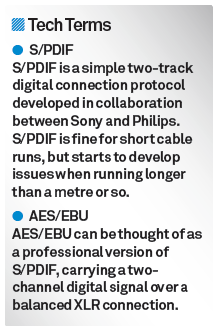 Clock works
To understand the role of clocking, we need to take a deeper look the processes of A/D and D/A conversion. In the case of A/D conversion, we need to transform a continuous analogue waveform into a stepped binary code – or a series of digital zeros and ones, in other words. To digitise an analogue signal its amplitude is sampled thousands of times each second – usually 44,100 or 48,000 times depending on your chosen sample frequency. To achieve such fine divisions of time A/D converters rely on small piezoelectric quartz crystals, much the same as the quartz crystals found in digital wristwatches.

The qualitative impact of clocking becomes apparent when we start to consider what happens if the divisions of time aren’t 100% accurate – in other words, if the clock ‘drifts’ slightly. If the A/D converter was presented with a sine wave, for example, any drift within the clock – technically known as jitter – would create small but tangible amounts of waveform distortion heard as noise, which ultimately inhibit the quality of the recording we capture. As well as the unwanted distortion and noise, problematic amounts of jitter can have a big impact on the depth and detail in a recording, with an increasingly unfocused soundstage that affects elements such as reverb tails and other more discrete parts of the mix. 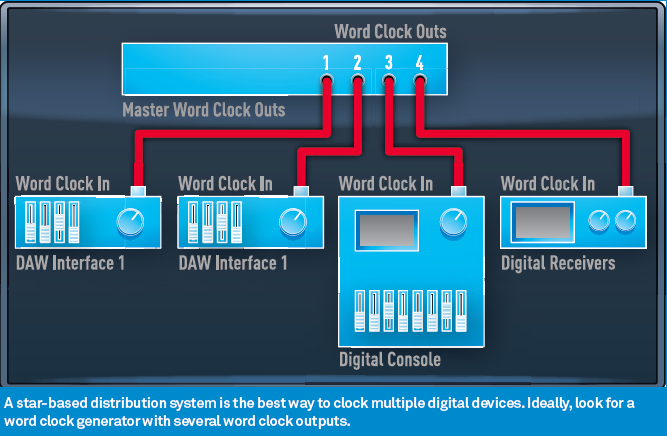 Turning to the D/A conversion process, clocking has an equally important role to play. This time the clock is involved with the reconstruction of the signal, outputting the series of stepped binary messages as a continuous analogue waveform. Again, high amounts of jitter create distortions in the reconstructed waveform, as well as the aforementioned points about a reduction in the depth and detail of the recording.

Thankfully, the saving grace of D/A clocking is that it affects only what you’re monitoring (assuming you’re working ‘in-the-box’, that is) rather than being irrevocably imprinted into your recording as it is with A/D conversion.

Key words
Since the early days of recording there have been some big improvements in the quality of digital word clocks, although there are still some big differences between clocking on a cheap prosumer audio interface and the clocking performance of a dedicated word clock generator or high-resolution professional audio interface.

Companies such as Apogee, Prism Sound and Rosendahl have invested a lot of money developing super-stable word clocks, as well as clocking systems like Apogee’s Sure Lock and Prism Sound’s CleverClox, which are designed to alleviate jitter issues from unreliable clock sources.

Beyond the mechanics of the clock itself, we also need consider the wider use and distribution of word clock around a complete digital audio production environment. Where a number of digital devices are used concurrently we need to ensure that devices are ‘locked’ to the same word clock. The process of locking devices together also entails defining one device as the master word clock generator and all subsequent devices as slaves, set to work to the external word clock source.

Transfer market
Word clock can be transmitted in one of two principal ways. Firstly, we can embed it directly as part of a digital audio stream – in other words, as part of an S/PDIF, TDIF, ADAT Optical or AES/EBU connection (or any other digital protocol you care to mention) between two machines. For direct transfers – such as a connection between AES/EBU outputs on a Pro Tools rig and a digital console, for example – the audio stream solution makes a lot of sense and is easy to configure. However, in more complicated setups or in situations where we want to use a dedicated word clock generator, we need to take an alternative approach.

As an alternative to clocking from the digital audio stream, therefore, we can also use a dedicated word clock connection (assuming that your devices are fitted with Word Clock In and Word Clock Out ports). A dedicated work clock link, established using BNC cables, offers a number of distinct advantages. Firstly, we can use a dedicated word clock generator – such as Apogee’s Big Ben, for example – rather than having to choose one of our existing devices (arguably with an inferior word clock) to act as the word clock master. Secondly, it’s also a far more effective and reliable method of clocking multiple devices, ideally when using a ‘star-based’ distribution system and avoiding a long daisychain of devices. 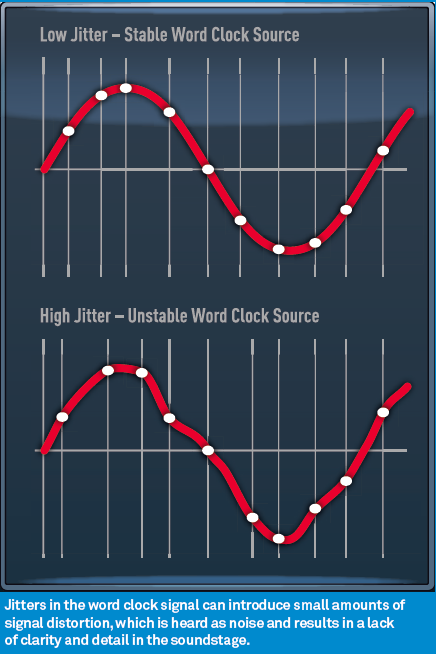 Star-based word clock distribution is achieved either by using a number of discrete word clock outputs on your master clock device (each connected to the word clock inputs of your receiving devices) or by using a number of BNC T connectors so that the word clock doesn’t need to be transmitted again by each subsequent device. If you do you use the BNC distribution system, though, you need to ensure that the last device is correctly terminated, either by using a termination switch or a 75-ohm termination plug on the last device in your chain. 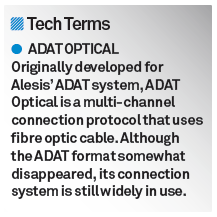 One of the other advantages of a dedicated word clock generator is the ability to create pull-up and pull-down variations of the basic sample’s rate, which is technically a form of varispeed. These kinds of minor adjustments to the sample frequency are occasionally necessary when moving between non-standard frame rates in film and television production (such as 24FPS to 29.97FPS, for example) although these procedures are much less common nowadays. However, these small varispeed changes can also be useful in musical applications, especially in situations when you’re working between two different tuning standards (440Hz and 442Hz, for example).

Clock maker
The use and distribution of word clock is the lifeblood of any digital audio production environment, arguably forming one of the defining ingredients of its sound and technical performance. Although users with a single audio interface needn’t worry too much about word clock logistics, it’s clear that the means of creating and distributing word clock around your studio becomes increasingly important as your setup expands.

Simply relying on the ‘clocking from the audio stream’ approach might be fine in the short term, but it won’t form a dependable backbone of a busy and sonically distinguished production environment.