All the tech knowledge and gear in the world won’t compensate for a lack of songwriting know-how, so Andy Price is here to bring your compositional skills up to scratch in the first part of a new series… Welcome to a brand new series here at MusicTech. In these tutorials we’re going to be looking […] 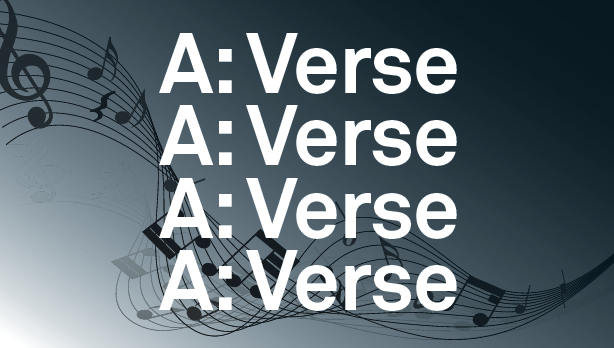 All the tech knowledge and gear in the world won’t compensate for a lack of songwriting know-how, so Andy Price is here to bring your compositional skills up to scratch in the first part of a new series… 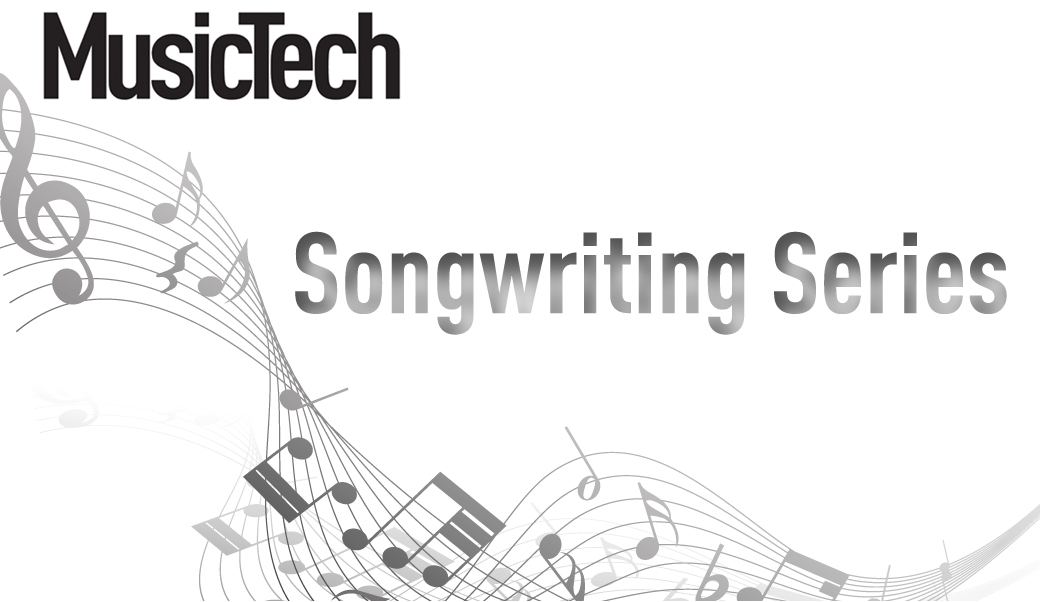 Welcome to a brand new series here at MusicTech. In these tutorials we’re going to be looking at a pivotal aspect of music making that is often taken for granted or forgotten about, and that is the actual song composition process itself. Songwriting in a traditional sense hasn’t really been covered in these pages before in any great depth, however it’s a technical aspect of music making which is crucial to all, from performer to producer to listener.

With this new series we want to take a song from its rawest, barest form and demonstrate how we turn that spark into a fully realised track, using our DAW, apps and any other technology available to help us make our decisions along the way.

Start your Engine
My DAW of choice over the next few months will be Cubase 7.5, and as we progress into the mixing stage further down the line I’ll highlight some of the important and creatively stimulating additions to this software that I’ve found when producing my own compositions. If you’re not a Cubase user, though, fear not, as the vast majority of these initial principles are applicable to any DAW.

Of course, perhaps the primary ingredient in any artistic endeavour is having that mysterious artistic drive to create. Don’t despair if you’re not feeling particularly creative, sometimes we all experience inspiration lulls (and yes, often complete blanks as well!).

Our technology is here to help not hinder, though, and there’s so many different routes to take with developing your songwriting that simply didn’t exist as little as five years ago (see Focus On… below for a few recommended tools) to jolt you back into a more creative and productive frame of mind.

Word of Mouth
Depending on what genre you work in, lyrics have varying degrees of importance. Arguably they’re a vital necessity for contemporary pop. We’ll be covering lyrical approaches in a future instalment but, as this is MusicTech and not Lyrics Monthly, most of our attention is going to be placed upon the music and arrangements of our songs.

I would argue that a good vocal melody with enough memorable movement is sufficient to hook in a listener if you’re not particularly adept with words and storytelling. Although I know that a vast swathe of songwriters will disagree!

In this preliminary part we’re going to be taking a look at song forms, ie, the overview and structure of your song. Most popular music operates with a typical verse/chorus layout, although it isn’t always the case that these elements must necessarily contain the central ‘hook’ of the song: intros, bridges, lead parts and even rhythms can stand out just as much and be considered the central motif of the song.

In the following steps we’ll explain the ins and outs of some of the most popular song forms that you can adhere to or simply use as starting points when planning your next track, ie, before you even pick up and plug in your instrument, turn on your computer or even simply start humming a new tune to yourself!

Song forms act as a map of your musical elements, directing your approach to song-building and acting as a template for you to challenge yourself by working a little differently.

Each of these forms requires that you approach your songs with different mindsets. For example, with an AAAA structure it is fundamental that the verse is both lyrically and melodically engaging, whereas this is less important in ABAB form which requires your verse to build to a chorus. Even if you’re not an instrumentalist then these techniques can still be applied.

Being a virtuoso performer is not essential, but getting to know your chords will become very important.

Sing, Sang, Sung
There are as many schools of thought on songwriting and songcraft as there are songs and, appropriately, this series is not intended to be a soulless and artificial guide to mechanically manufacturing a song by filling in the blanks on a template of some sort – it is a collection of the best forms, techniques and approaches to max out your songwriting resources so your creativity has a much bigger field to explore.

So let’s begin by going through some of the most common song forms and some basic exercises to kick things off.

Focus On: Using Cubase To Find Your Chords 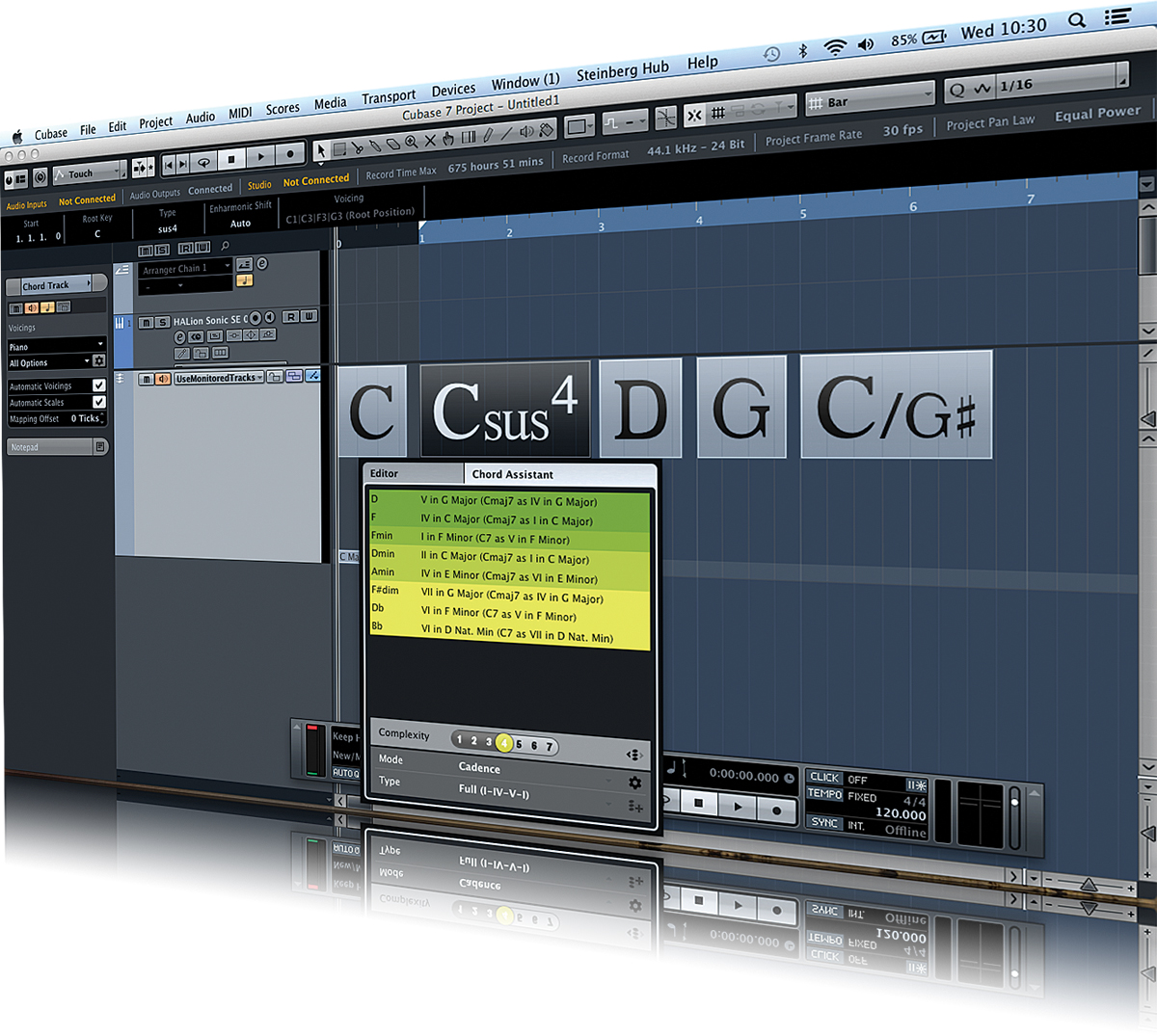 This latest iteration of Cubase (7.5)  features a range of helpful and flexible tools to assist you should you be facing a creative drought. Chord Tracks is perhaps the most useful, in particular the Chord Assistant tab from which Cubase automatically suggests a chord sequence based on your initial root chord. This can be scaled to varying degrees of complexity.

You simply add the chord ‘events’, which don’t generate sounds in themselves but act as instructions to your MIDI instruments. This feature has been invaluable not just for helping to fix songs that have reached a creative dead end but also to suggest possibilities that normally wouldn’t have occurred. There are several apps with similar functionality: ChordPolyPad, Chordion and Chordbot are recommended tools for the modern songwriter. 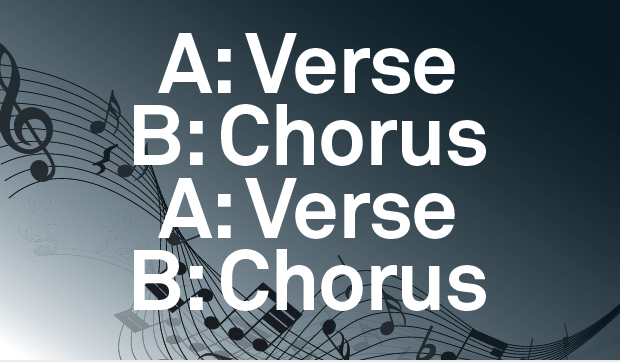 1:Certainly the most popular song form, and one which the vast majority of modern songs adhere to is ABAB form (aka, verse-chorus-verse). It is where most amateur songwriters start and is often the form songwriters can find themselves stuck writing in. 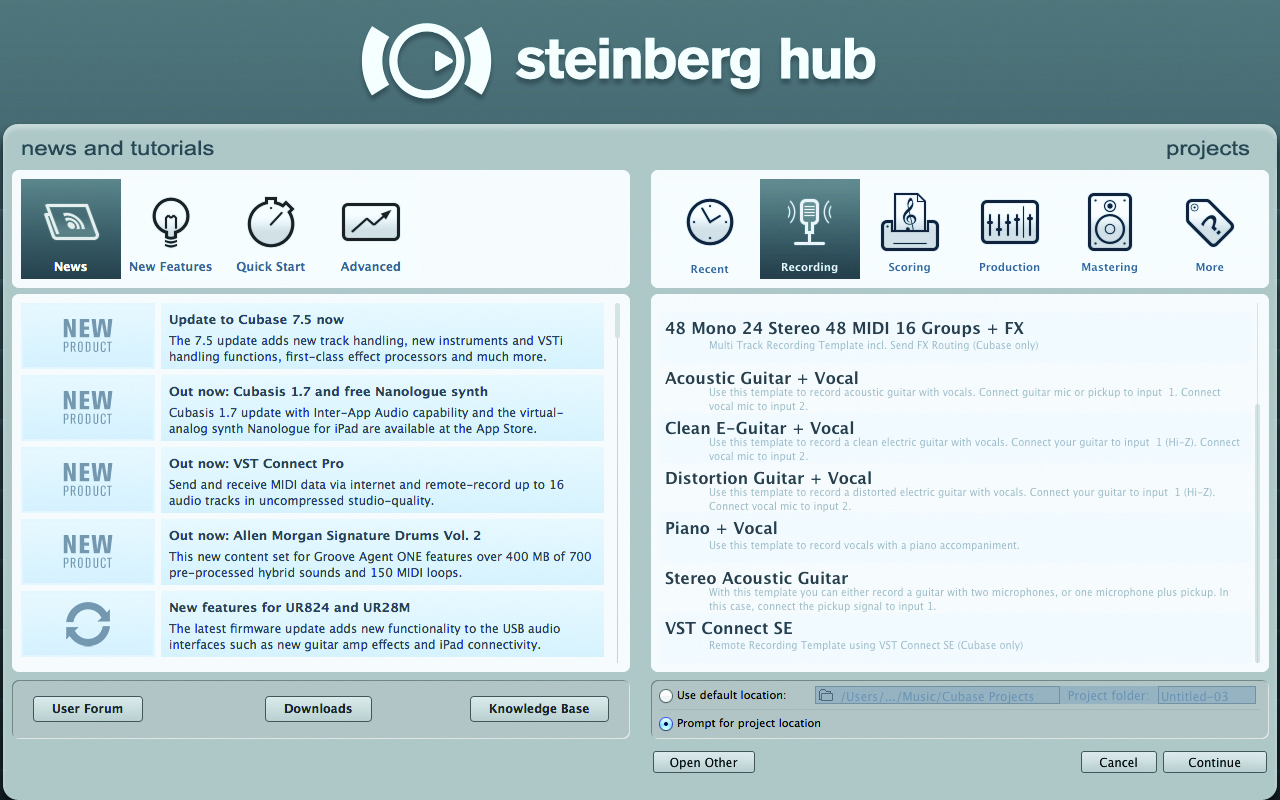 2: A strong chorus hook is essential and is very much the crux of the composition. Verses set up the lyrical and musical themes, and with the Cubase hub you can set up your project to be tailored to the song form you’re writing in to make life a little easier. 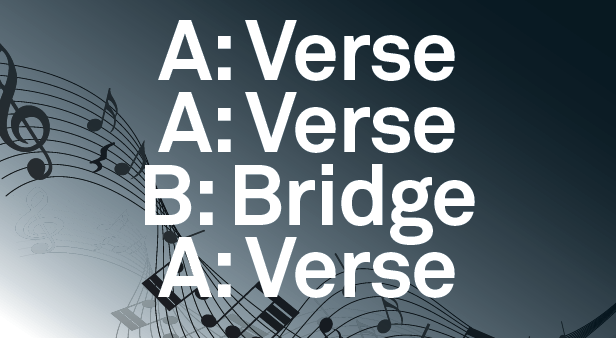 3: AABA form (also known as 32-bar form) utilises a bridge (the B part of the song, which can also be referred to as a refrain) but no standardised chorus. Instead the verse (or A) usually follows a rhyming, repetitive structure; for example, Deck the Halls.

4: Each section should consist of eight bars, including the bridge, before resolving back into the A section. You can also add an instrumental section (a second B) before the final A.

5: In AABA form the song’s hook must be included in the verse, as this is the central repetitive element of a chorus-less song. Most ABAB songs use the verses as a build to the chorus. 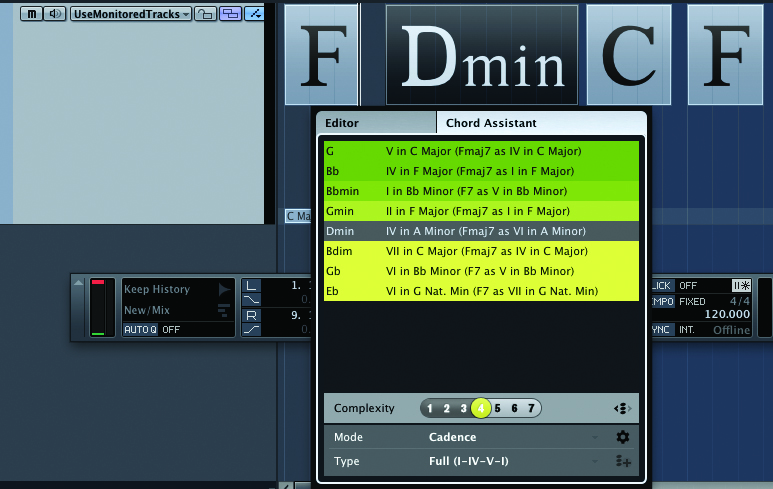 6: To avoid falling into your usual chordal routines in these forms, I strongly recommend upping the complexity on the Chord Assistant (or other such tools) to expand your ideas.

1: AAAA form (also referred to as strophic form) is the oldest song structure, being most popular amongst folk and country musicians. Artists such as Bob Dylan and Johnny Cash utilised this approach when writing their lyrically dense compositions. 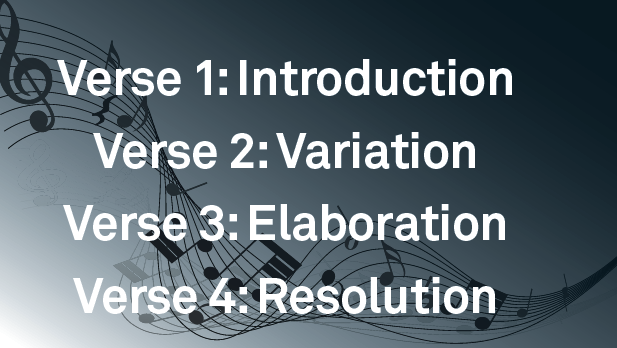 2: Writing an AAAA form song is straightforward in as much as all you need is one part. The key distinction with AAAA form is that there is no build to a chorus or bridge. Musically everything remains fundamentally the same to support an evolving lyrical narrative. 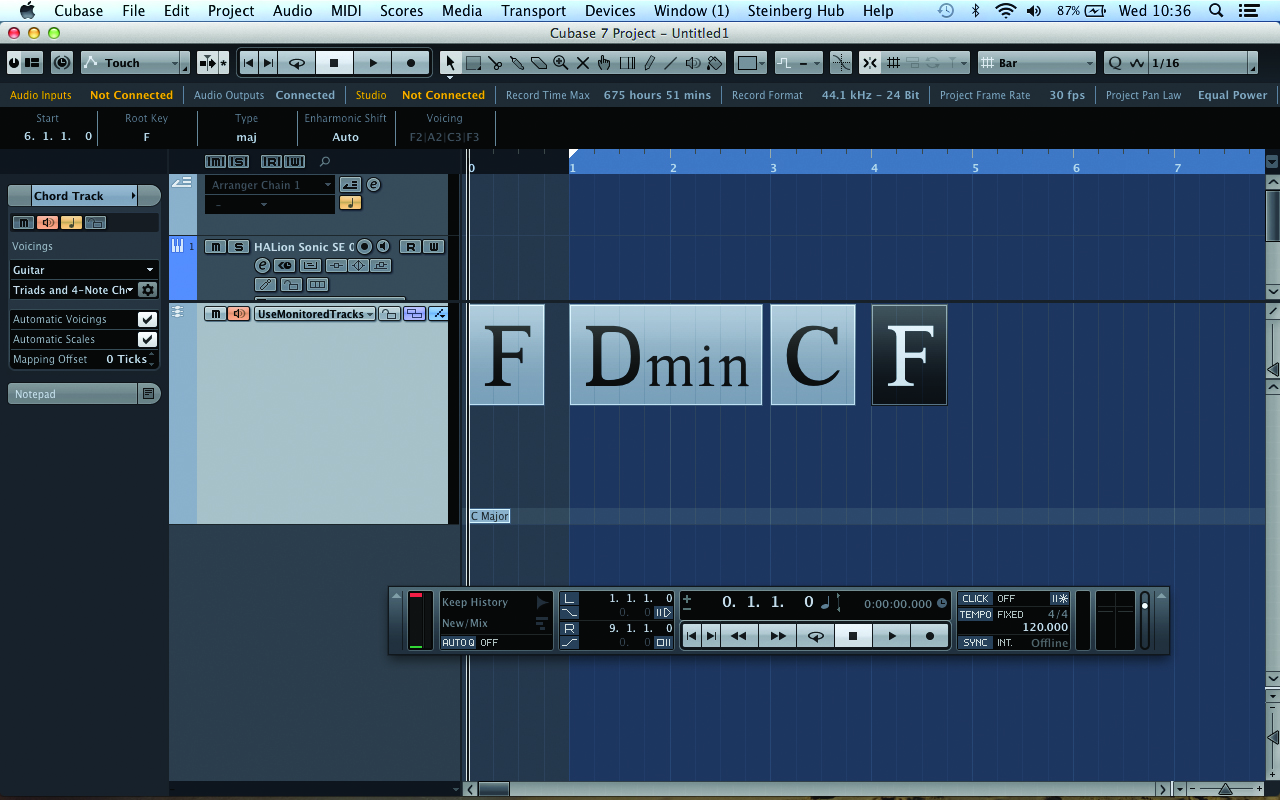 3: Write a simple three- or four-chord loop. What is essential for AAAA form songs is a sequence that resolves back into the initial chord at the end of each section. This loop will continue throughout the composition, so there is plenty of scope for melodic manoeuvre.

4: Alternatively listen to the above audio file (AAAA – Demo 1) and you’ll be able to hear how I’ve arranged a simple chord loop to demonstrate. The loop is played in standard 4/4 time at 110bpm, and consists of F, Dm, C and F 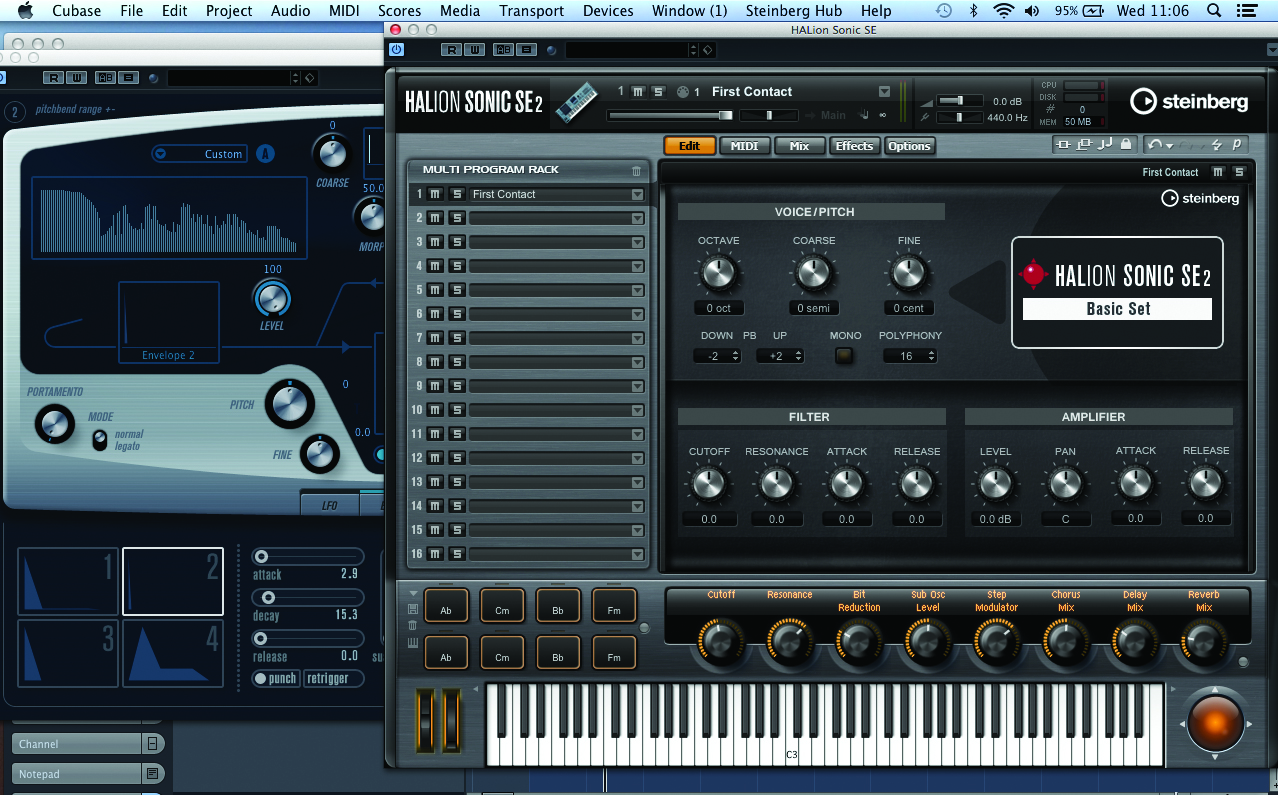 5: As you can hear, this constant repetitive loop sounds a little empty, but musically speaking we can add interest by improvising with instruments or plug-ins until we cotton on to some interesting hooks and melodies to keep the listener interested

6: Listen to the above recording to hear how I’ve added more interesting musical elements. See what melodies and/or lyrics you can add to either of these audio files or your own AAAA-structured songs and email them to andy.price@anthem-publishing.com