Turning a good sound into a great one isn’t as hard as you might think. By following a few simple rules and employing some choice techniques, you too can get a unique and memorable sound for your tracks. Hollin Jones explains how… Image courtesy of recordproduction.com Sound Selection and Tweaking 1: Be Choosy Tracks can […] 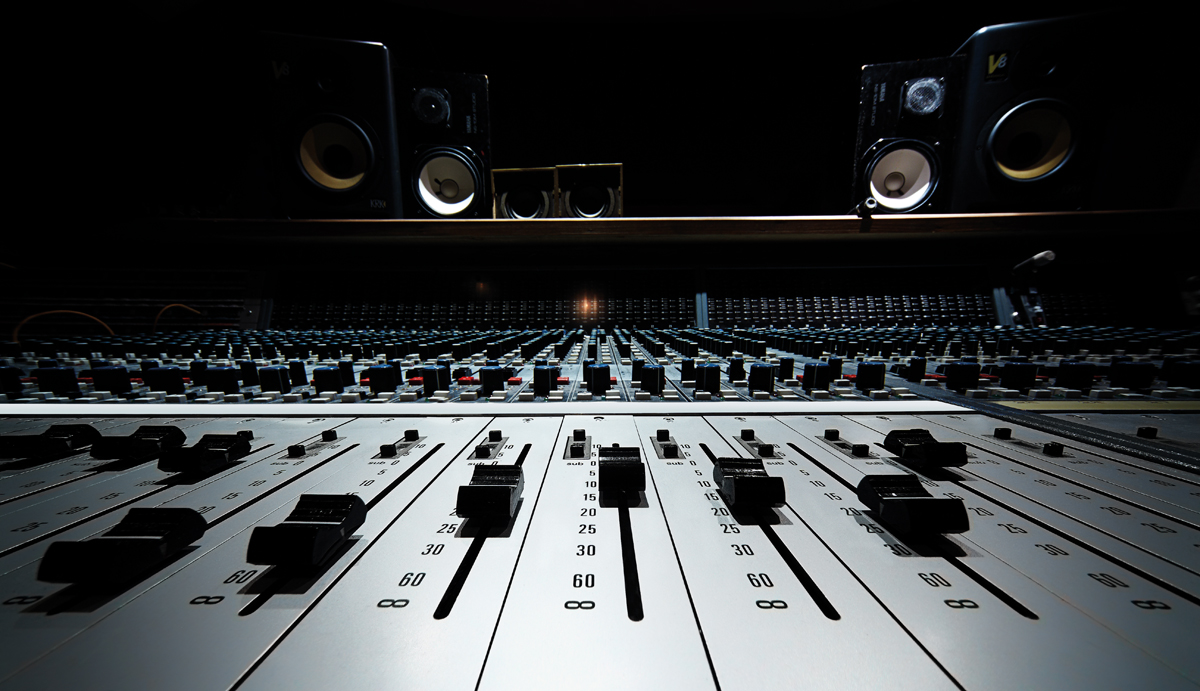 Turning a good sound into a great one isn’t as hard as you might think. By following a few simple rules and employing some choice techniques, you too can get a unique and memorable sound for your tracks. Hollin Jones explains how…

1: Be Choosy
Tracks can fail to reach their full potential when you simply settle for the first preset you come across. Many producers rarely do this and can spend a whole day agonising over getting a single sound just right. You don’t necessarily need to go that far, but if you have doubts about a sound, consider getting rid of it and finding something better. If nothing in your plug-in is doing the trick, try a different instrument. Some people use only a couple of sounds out of the hundreds provided with a synth.

2: Make Your Own Sounds
That synth bass patch that comes with Logic might sound good, but it’s likely that hundreds or even thousands of other people will have used it already in their productions. Making a patch your own can be as simple as changing a filter or oscillator and resaving the preset. If you’re feeling adventurous, virtually all synths let you design a sound from scratch. This can be much easier than you might imagine and will help you get a much more unique sound overall.

3: Layer Sounds Together
You can do this when sequencing, but many instruments, such as software synths and keyboard workstations, allow you to use several layers of sound mapped across a MIDI keyboard. By taking a patch and adding more layers, perhaps blending in some attacking or pad-like sounds, you can make your instruments sound fuller, bigger and more interesting. If your plug-in doesn’t allow it natively, get the same result by duplicating the MIDI part and assigning the copied part to a new instrument in your DAW

5: Add Movement
Many patches are stationary, meaning the sound has no movement. But adding movement can make patches much more interesting and bring a greater sense of rhythm to a track. The most common way to do this is to use modulation inside a synth via a mod matrix of some kind. A good example would be the use of LFOs to modulate the cutoff filter in a dubstep patch. Envelopes and even control-voltage signal can be used for the same effect, and many software synths make this easy to achieve. 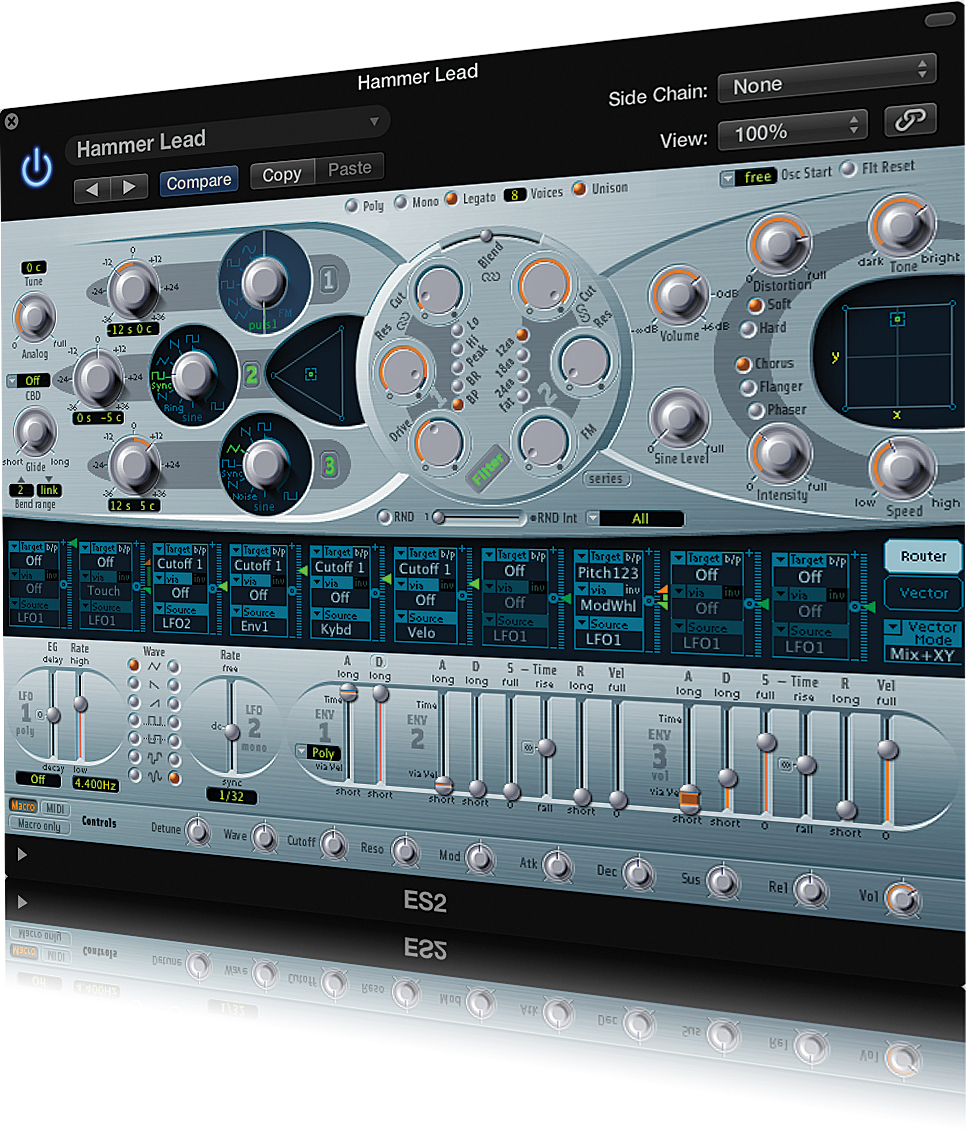 6: Automate Instrument Parameters
This applies to both hardware and software instruments and is an alternative method of dynamism to a sound. All DAWs support automation and if you’re controlling external kit this can be done by using MIDI CC channels routed out of your computer. Try automating filters, oscillators, octave settings, FX parameters and more to liven up your sounds. A related trick is to use MIDI effects like arpeggiators and randomizers to add variation to programmed synthesized sounds. 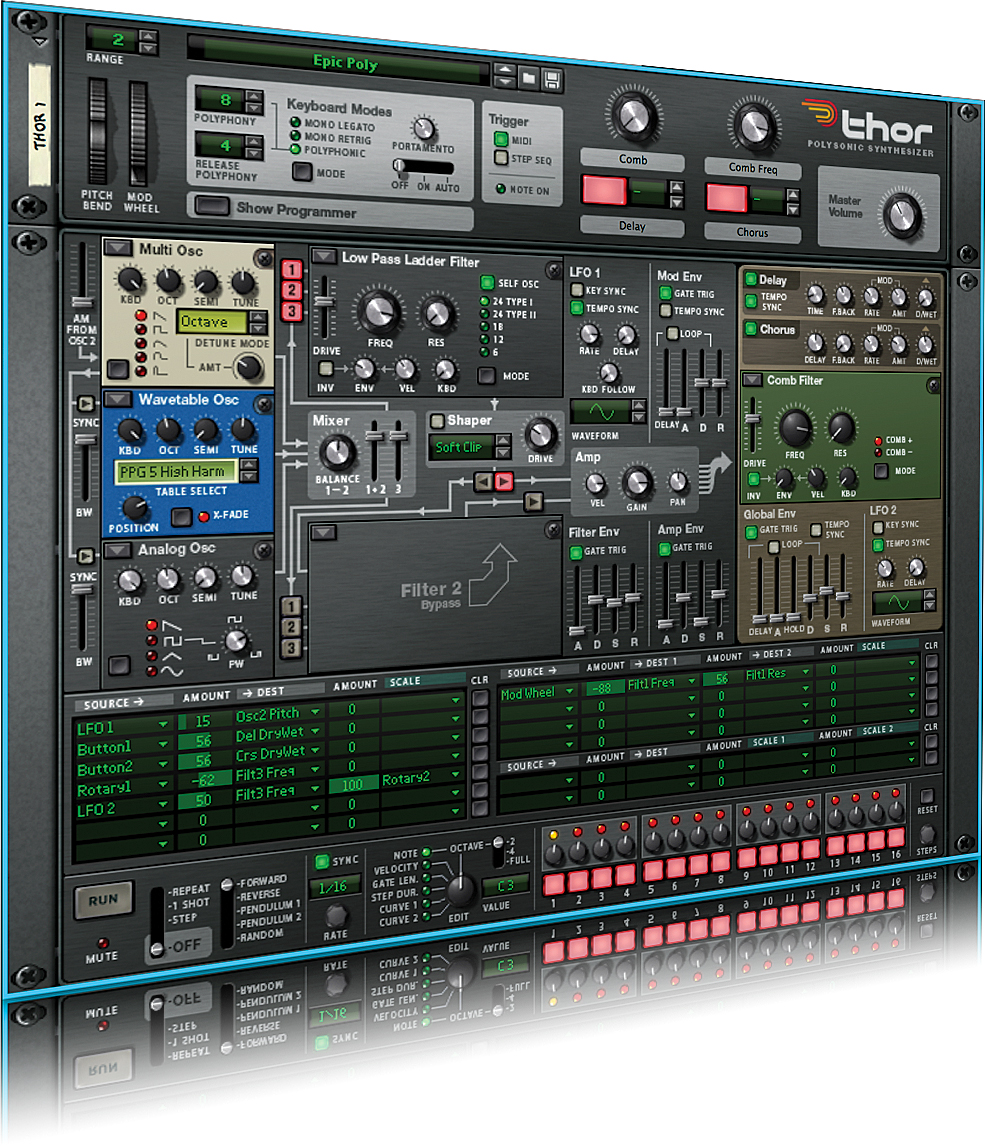 7: Aim High
If you record a cheap instrument that’s in poor condition it’s going to sound bad – and no amount of processing trickery will truly hide that fact. While we can’t all enjoy playing guitars, keyboards and drums costing thousands of pounds, you should try to beg, steal or borrow the best kit you can for a recording session. The usual suspects here are cheap drums and poor-sounding keyboards or synths, especially piano patches. If you’re recording in a studio, try to use any kit they may have if it offers a better sound than yours.

8: Try to Use ‘Real’ Kit
Software is excellent and has all kinds of benefits, but it’s great to use real kit if you have the opportunity. As well as imparting a more ‘real’ or human sound to a track, it also means you are likely to get a more distinctive and unique overall feel. This doesn’t mean everything has to be hardware – a lot of musicians and producers will mix together both real and virtual sounds. Try recording some real percussion, for example, or using a vintage synth to provide a bit of atmosphere. It can make a big difference. 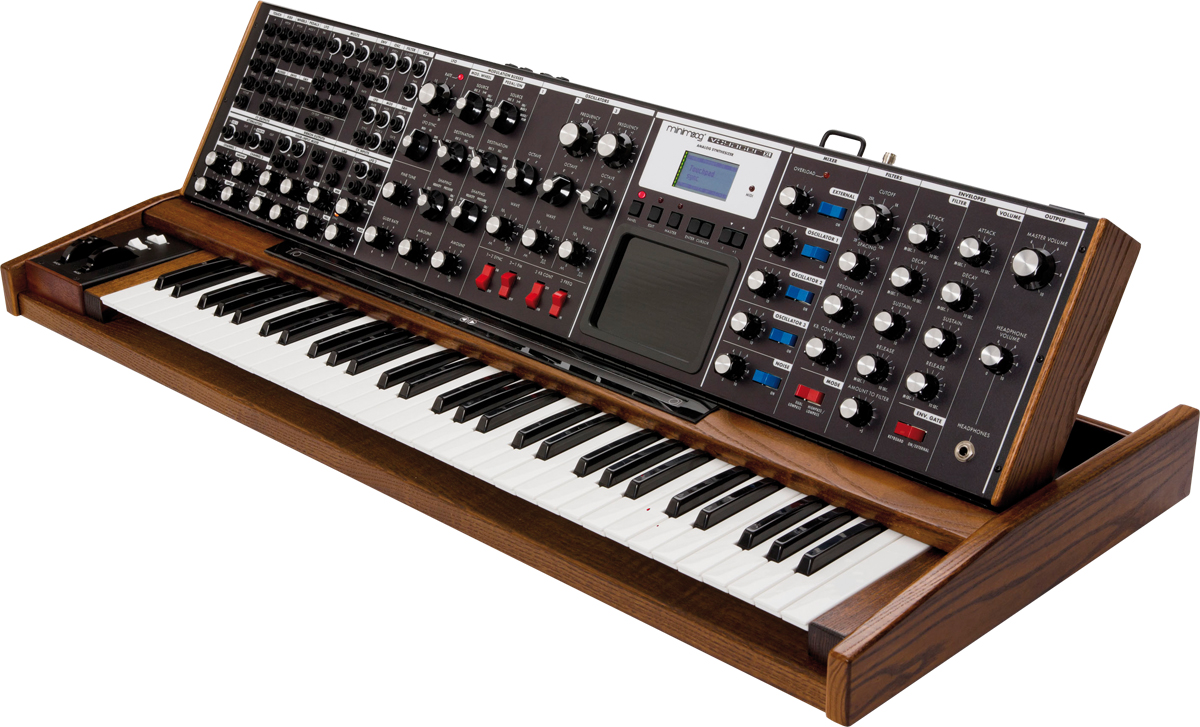 9: Add Sub and Noise
Synthesised sounds are by their nature quite clean as they remain inside the electronic world. Most synths enable you to add some extra signal to make a patch more complex and this can be a good idea to try. As well as adding more oscillators using different waveforms, you often get the option to add sub and noise. Sub will insert a frequency several octaves below the note you play, while noise lets you blend in some white noise to fill out the sound.

10: Sample your own Instruments
This isn’t as complex as it might sound, and tools such as Kontakt, Reason’s NN-XT, MOTU’s MachFive and others are geared towards helping you to create your own instruments. Sample individual notes at different velocities to build up full instruments or record drum hits to make your own kits. Tools like ReDrum, Maschine and others mean that you don’t have to be a programing expert to build your own sampled instruments from scratch. 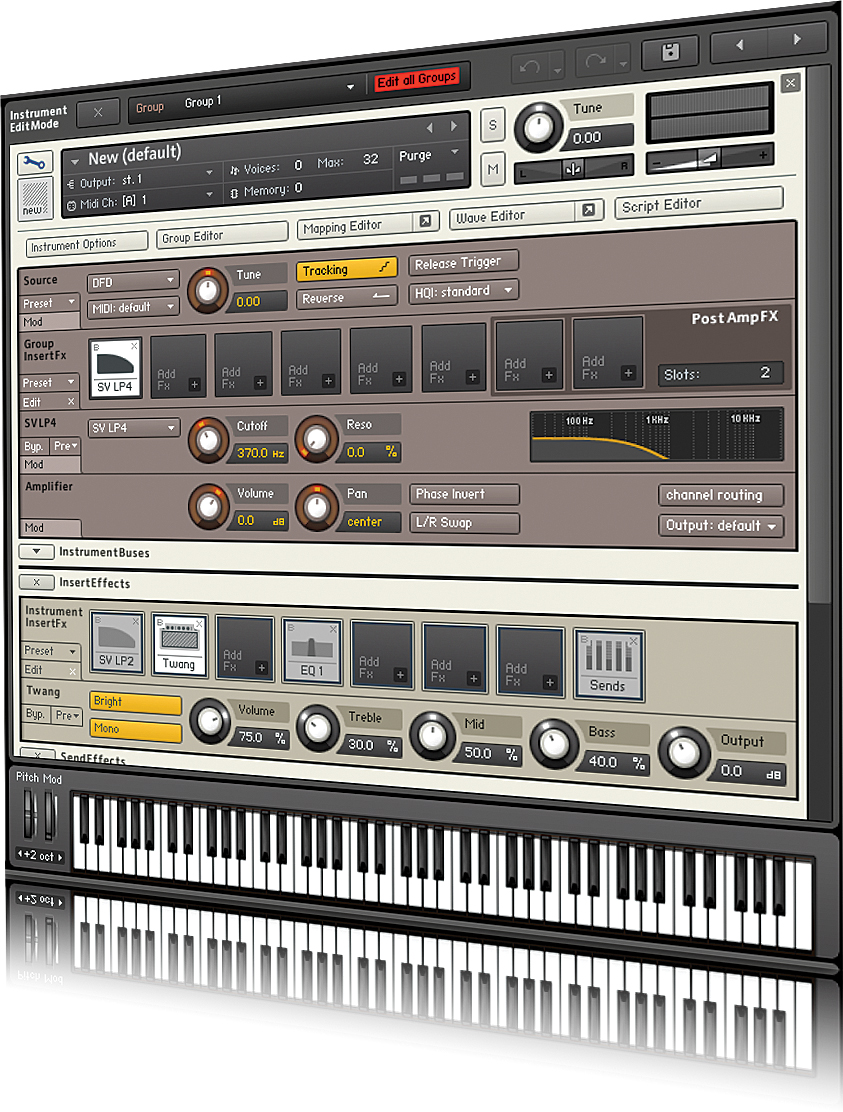 Multisample your own instruments and find a sound that is uniquely yours.

11: Learn about Mic Placement
The location and angle of microphones when recording can make a real difference to the end result. At one extreme, adding room mics to a drum recording setup will give you more ‘air’ to blend in with the tighter, drier signal you get from the close-mics. At a simpler level, adding a second, off-centre mic when recording a guitar amp will enable you to capture a thinner tone to complement the louder, thicker one your direct mic will be picking up. 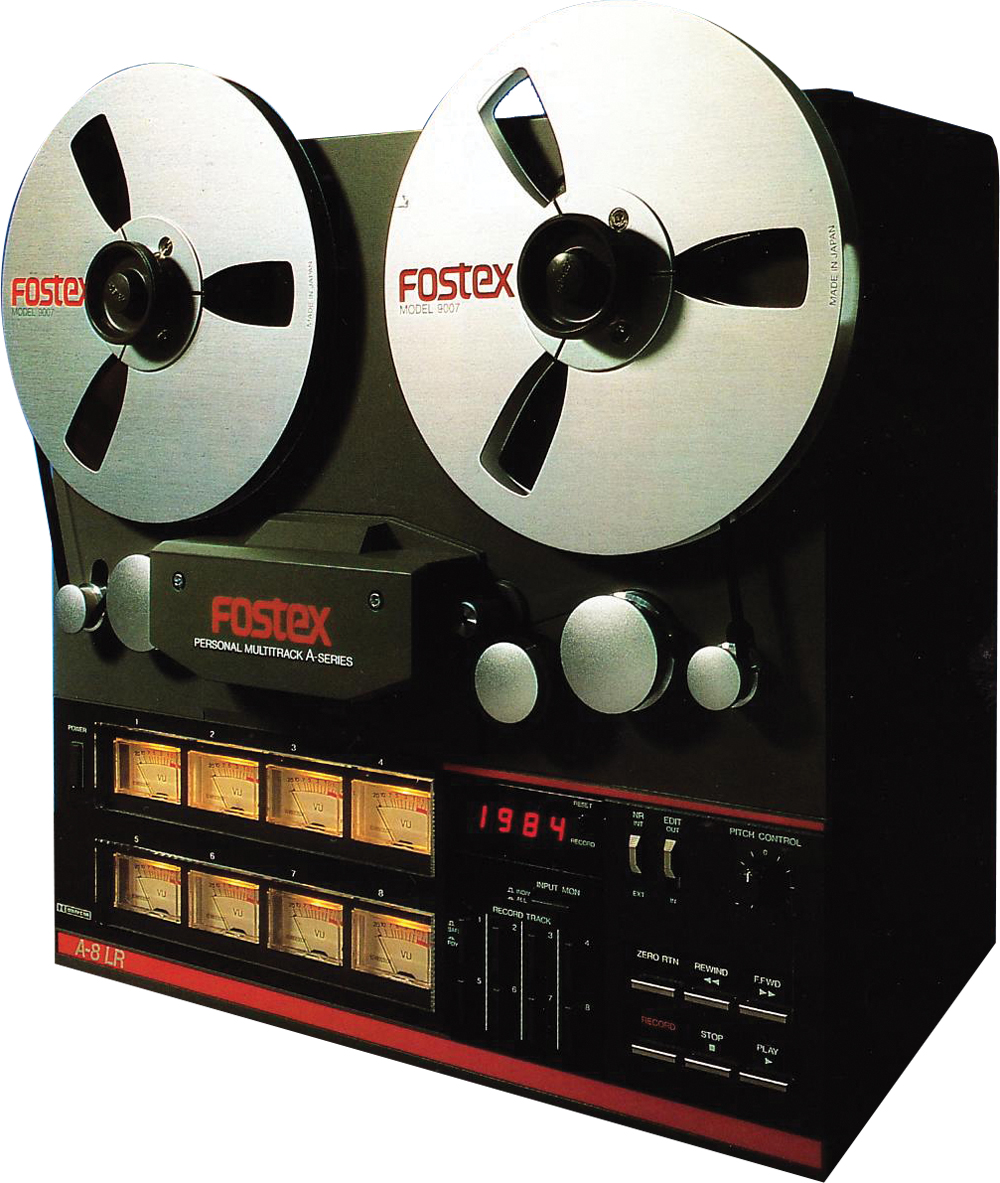 12: Isolate your Amps
Guitar amps, when cranked up, generate a fair amount of vibration and this can muddy the signal that is picked up by the mic. The same is true of bass amps, which can really shake the floor. By placing an amp on a crate or a sturdy box you can isolate it from pumping lots of sound into the floor and hopefully get a more accurate tone. You might also want to take a direct out from the amp when recording and capture it to a separate channel. This will give you more options when it comes to shaping your guitar tone later. 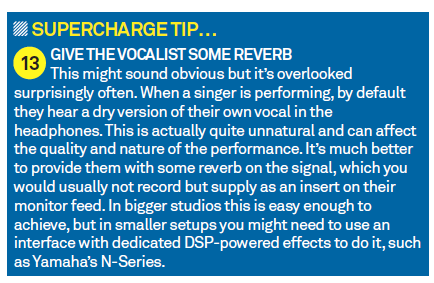 14: Be Experimental
There’s a lot to be said for trying out new things when you record. Indeed, history is awash with examples of bands making odd choices, such as setting up the bass in a stairwell or the drums outside and getting great results despite the apparently adverse environment. Bear in mind that it won’t always work – sometimes it will sound plain awful. However, you should learn some interesting tricks and in the process get a more unique sound. Too much isolation can suck the energy out of a performance, so consider putting the band members in the same room when recording, even if this means potentially more bleed between the microphones.

15: Be a Musical Magpie
Modern kit is extremely clean to record through, so to get a more unique sound you can use older gear, which tends to have a way of colouring whatever you put through it. This could be as simple as recording through an old broadcast mic, routing sounds through crusty old outboard, or using an analogue desk or even a tape machine or old sampler to process sounds before routing them back into your DAW.

16: Embrace the Chaos
Although a significant part of music is accuracy, it can be liberating to go in the opposite direction and introduce some randomisation into your projects. This could be as simple as using an arpeggiator to generate some MIDI sequences or re-sampling loops or beats into a tool such as Native Instruments’ Maschine or an MPC unit and re-sequencing them on-the-fly. It’s the digital equivalent of a guitarist layering up tons of delay and feedback and just going with whatever transpires.

17: Capture Everything
It’s a strange fact, but people sometimes give their best performances when they think they’re not being recorded. Without the perceived pressure of this being ‘the take’, performers can do something unexpected, more spontaneous or interesting than they would ever do when the pressure was on. So it’s worth recording everything, even warm-ups, although you probably shouldn’t tell the performer you’re doing it as this negates the exercise. Ideas captured in this way might be used or serve as reference for a better way to sing or play a part. 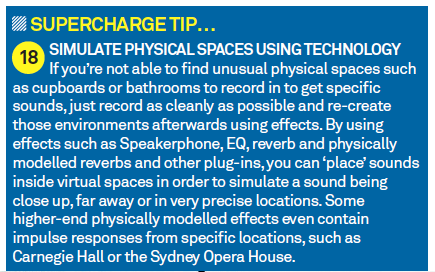 19: Use a Click Track
This is a slightly contentious issue since some drummers seem to think of a metronome as some sort of admission of failure on their part. If your drummer can keep perfect time by themselves, that’s great. To achieve similarly great consistency, however, it can be wise to use a metronome or click track routed from your DAW to feed to your drummer’s headphones. As well as ensuring no speed-ups or slow-downs, this will mean that programming and quantizing MIDI parts over the top of the drum takes should be trouble-free. 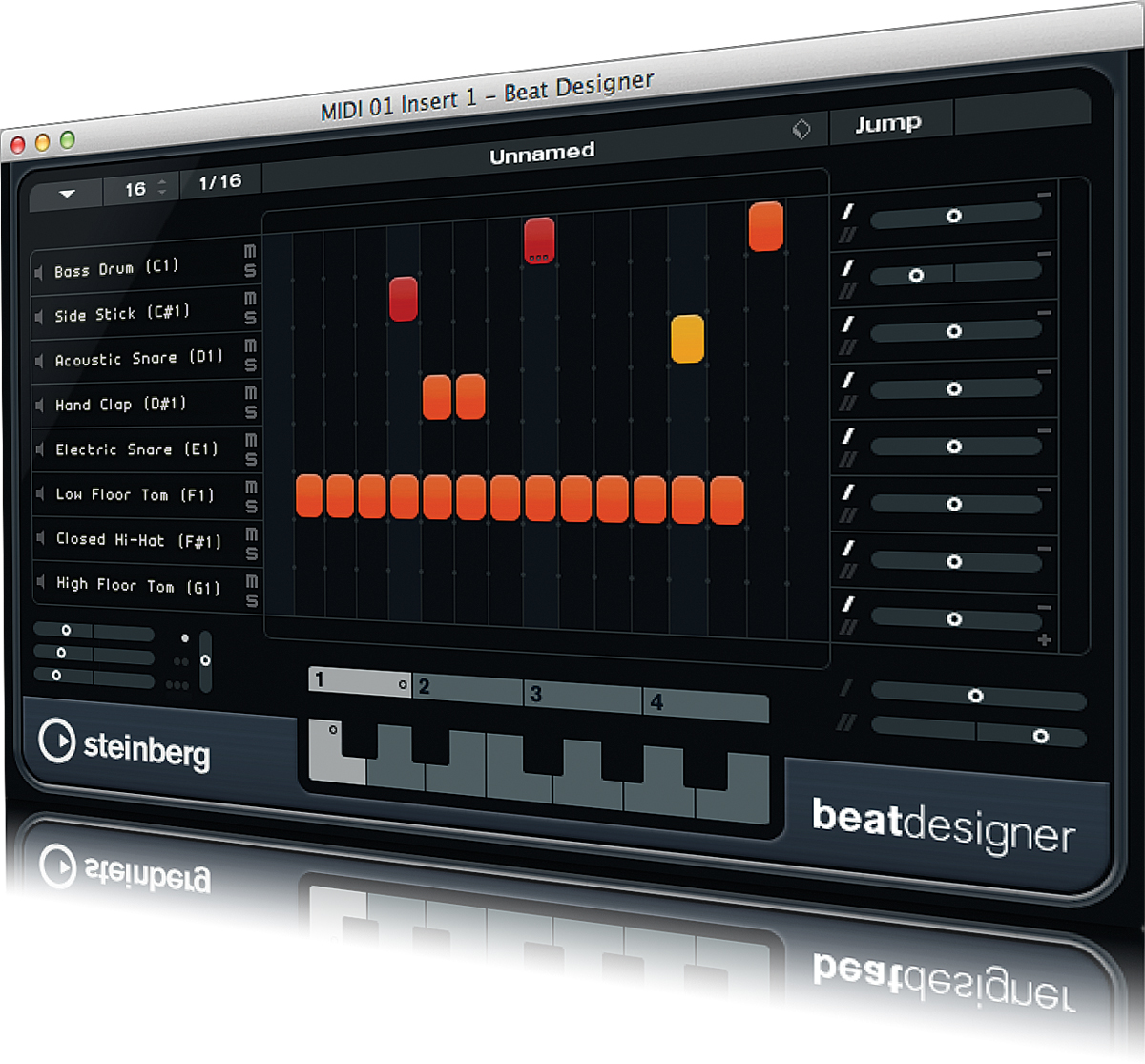 Knock together some beats or sequences in a mini-sequencer and you may be surprised at how good the results can sound. Don’t overthink it

20: Sort out your Studio Foldback
This can be a tricky one, since it might be in the hands of the studio rather than your own. When performing in a studio, many people use headphones to hear a monitor mix of everything else that’s going on. If this mix is a bit on the quiet side, as it often can be, it makes it difficult for a performer to really get into their stride and let rip. Try to get the monitor mix as loud and as punchy as possible (this may involve beefing-up your headphone amps). A good foldback system will always make life a lot easier for the people playing and singing.

Read the next twenty tips HERE