In the second part of our supercharge your sound feature Hollin Jones provides the latest load of tips – some small some large – that can fundamentally alter your music for the better, over to him… A phoneline EQ preset is a good way of quickly making a sound tinny Clever Use of Effects… 21: […] 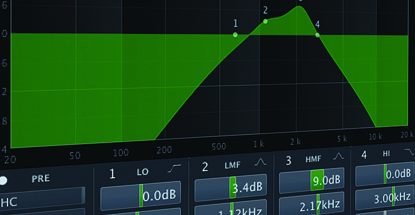 In the second part of our supercharge your sound feature Hollin Jones provides the latest load of tips – some small some large – that can fundamentally alter your music for the better, over to him… 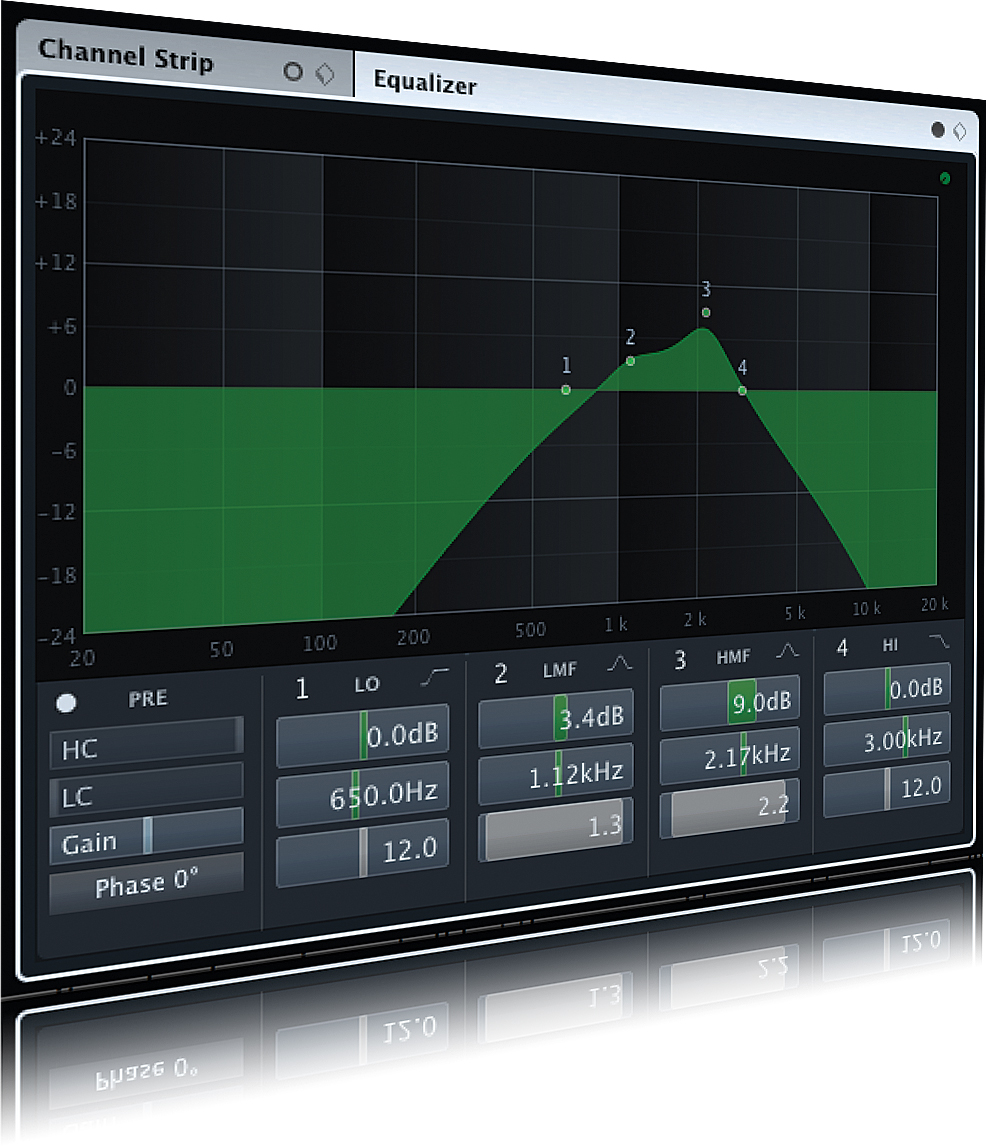 Clever Use of Effects…

21: Know When To Use Reverb
Reverb can be great, but it’s very easy to use too much and end up with a washy, far-off sound. Unless that’s your ultimate goal, go for much shorter reverbs that don’t muddy your mix. Some modules let you control the EQ of the reverb and this can be really handy, especially for reining in an unruly top end and preventing the ‘shimmering’ effect that can make a sound a bit too 1980s. It’s rare that you would leave a sound completely dry, although this can be an interesting approach if you’re looking to get a very specific kind of sound.

22: Be Creative with EQ
EQ isn’t just for taming unruly sounds – it can also be a creative tool. One of the more interesting uses for it is to create a ‘phoneline’-style’ effect for vocals, drums or guitars by dropping out all but the upper-midrange frequencies. The resulting tinny effect can be heard on many records and is a good trick for adding a little extra something to the feel of a track. It’s also easier than trying to record from a phone, although this is also possible of course. 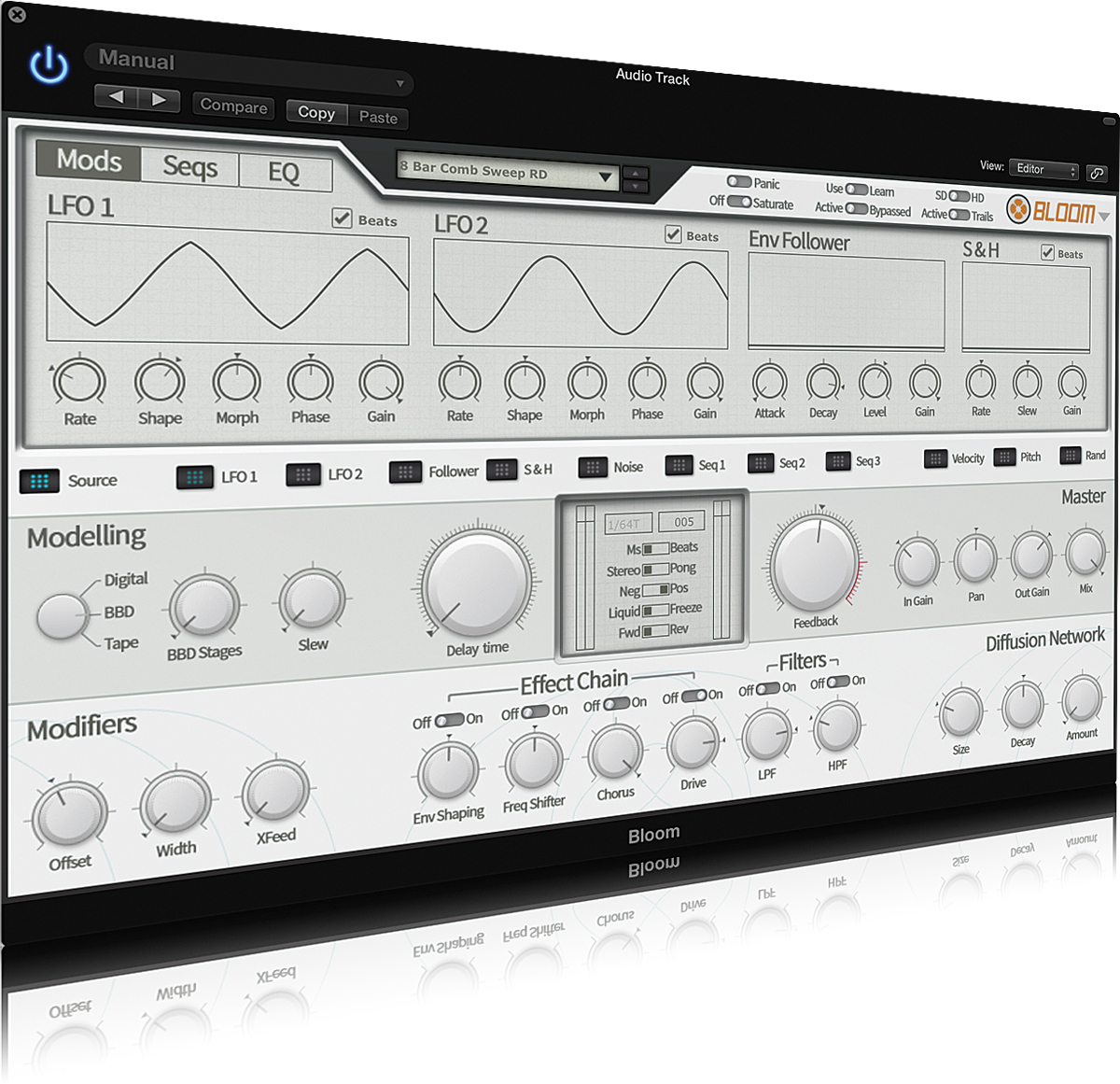 23: Do Delay
Echo and delay are excellent for thickening a sound or creating the illusion that a sound is bigger than it actually is. Use short, double-tap delays to thicken-up percussive sounds, or longer, multi-stage delays to create more atmospheric, swirling effects. A short delay on a vocal can sometimes be more effective than reverb, since it adds body without adding space. As such it’s a popular trick in hip hop production. A bit of delay, carefully applied, can make tracks sound deeper and move involving.

24: Learn about Compression
Everyone knows you need to use some compression in projects, but it’s important to know when to use it. Bass and drums usually benefit from a little more compression than average, as can vocals. A little compression applied across many tracks can result in a smoother and more coherent overall sound. Trying to simply compress the master channel is unlikely to sound great, although applying compression to groups or busses can work well. Using compression pedals on guitars and basses prior to recording is an interesting way to tame the sound before it is captured. 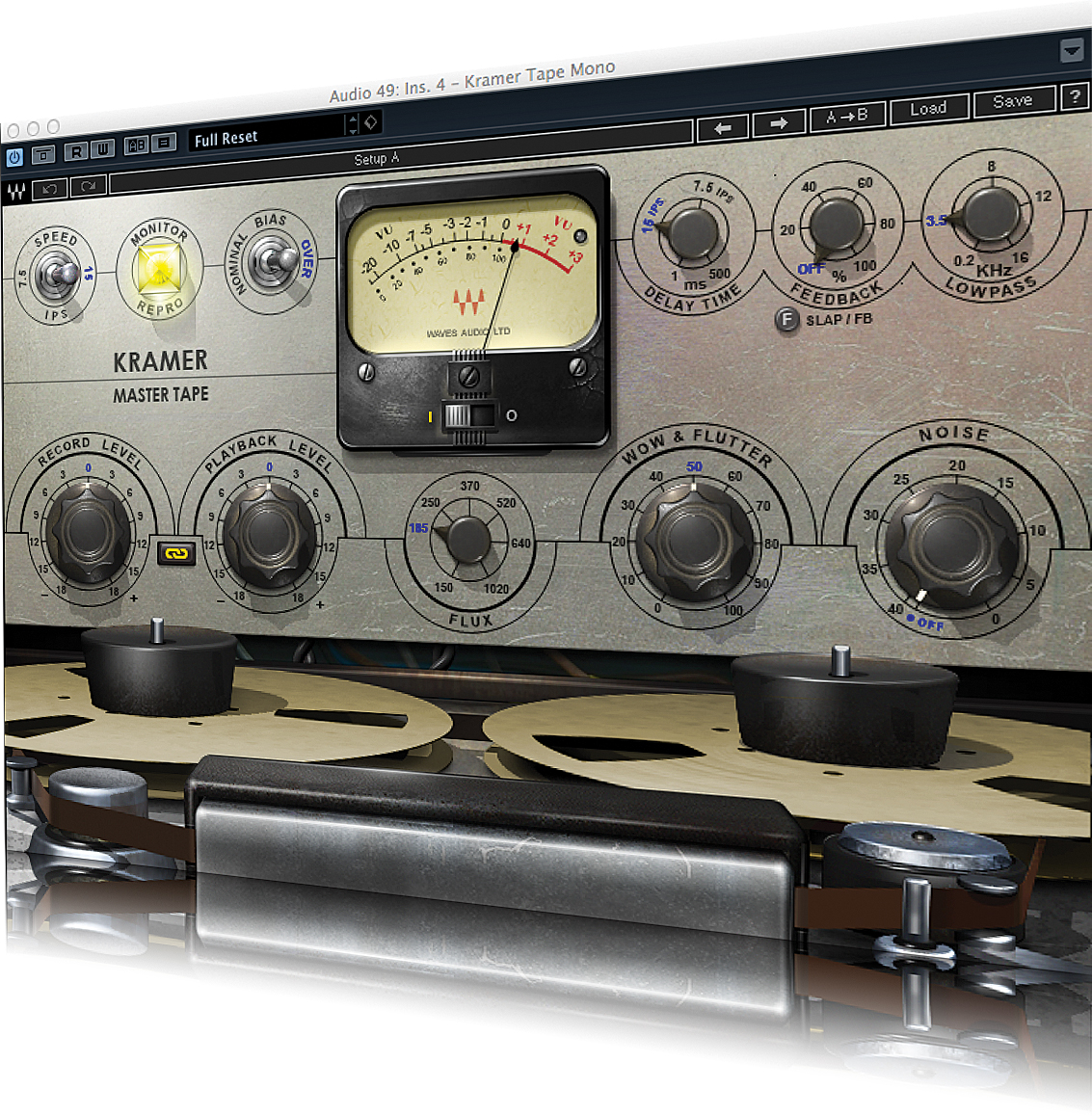 25: Go Outside The Box
Plug-ins can do a lot of the work for you, but it can be handy to incorporate hardware effects into your projects as well, as these often have a more unique sound. You can record through them – in which case they are permanently imprinted onto the take – or, perhaps more usefully, plumb them into your system and apply them as inserts post-recording. Many DAWs now support the incorporating of external effects directly into a project so you just need to work out the wiring and ports to get your classic guitar pedal working on your vocals.

26: Get a Little Crazy
There is an increasing number of mash-up-style effects on the market and these greatly simplify the process of cutting-up and generally mangling your sounds with a few clicks while keeping everything in-time. Plug-ins like Turnado, iZotope Stutter Edit, Effectrix and the like are astonishingly powerful and allow you to do in seconds what would once have taken hours. Best of all, they’re nondestructive, so if you decide to change the way your drum part is being sliced, reversed, delayed and scratched, you can at any point. 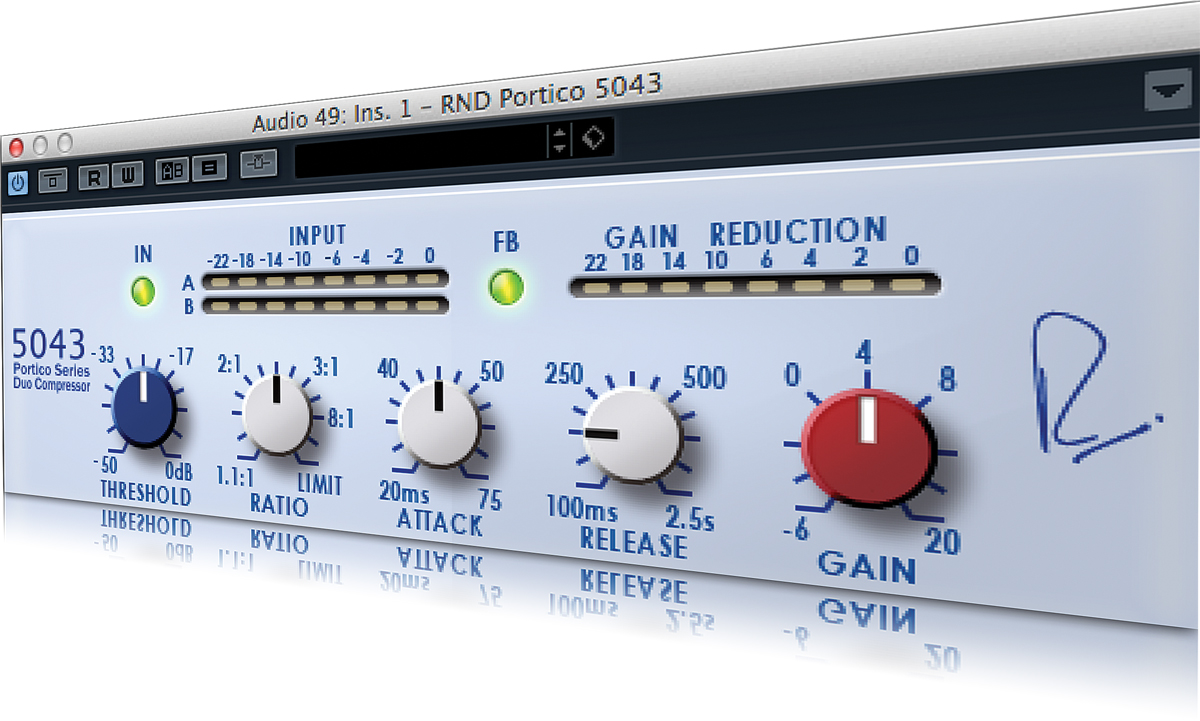 Steinberg’s Portico RND Compressor: Pricey but gorgeous on whatever you apply it to

27: Amp it Up
Simply boosting the volume of sounds rarely makes them sound better, but running them through an amp simulator often does. By introducing digitally created overdrive and distortion you can push a sound and make it warmer, more gritty and earthy, but without risking pushing it too hard in the mix. This applies to any sound – in fact, guitars are probably the least interesting source to try amp sims on. Stick them on vocals, drums, horns, samples and anything else. Use subtle distortion or push it hard depending on what you want to achieve. 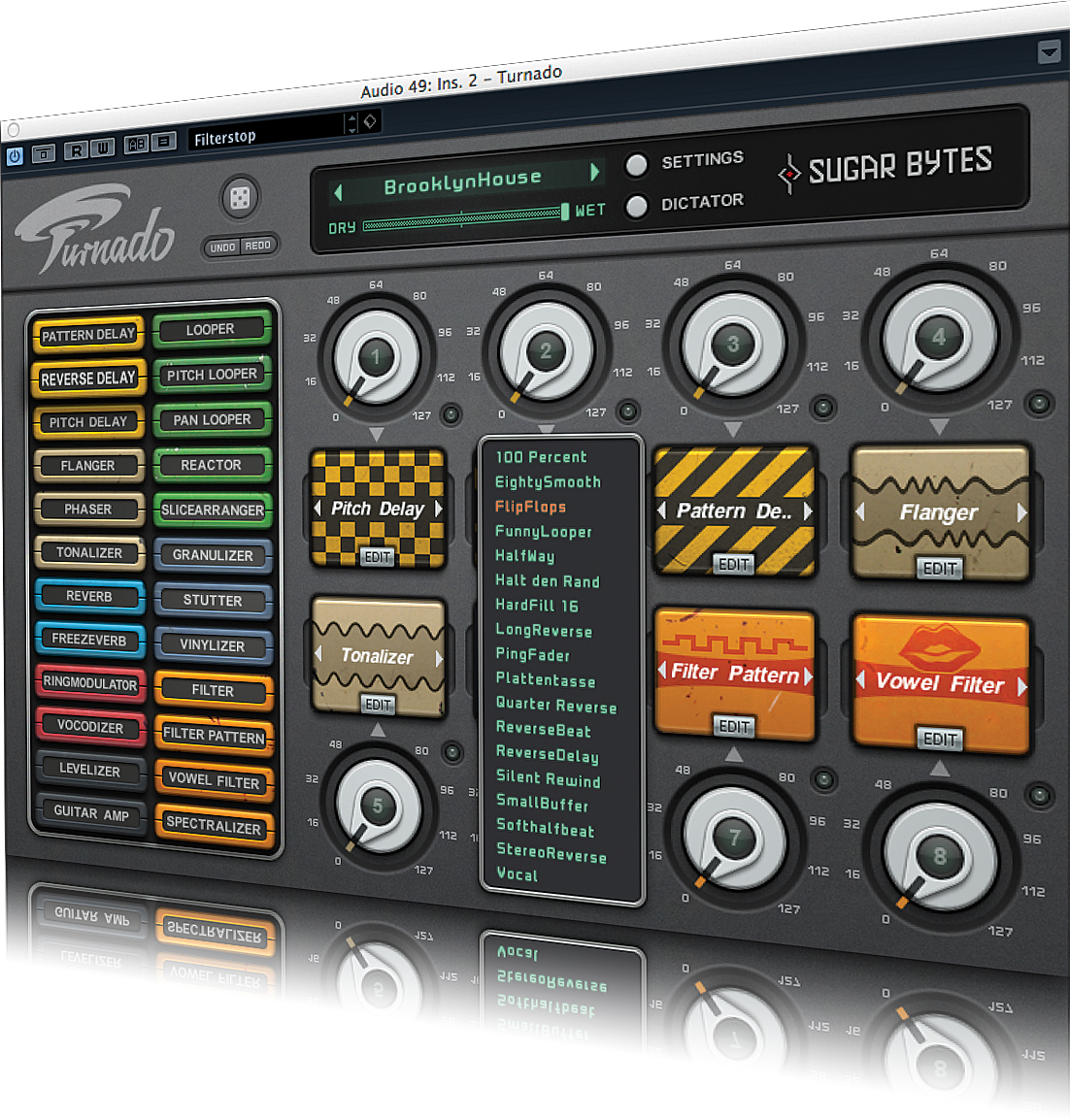 28: Automate Effects
Plug-in effects support automation just as well as instruments do and it can be a great way to liven things up. Instead of having a reverb stay the same across the duration of a vocal, why not try having it more intense at certain points? Alternatively, have a delay suddenly cut into a guitar or keyboard part. If you’re working with hardware effects you can still achieve a similar result, although you will have to manually turn controls up and down as a track plays and record the results. 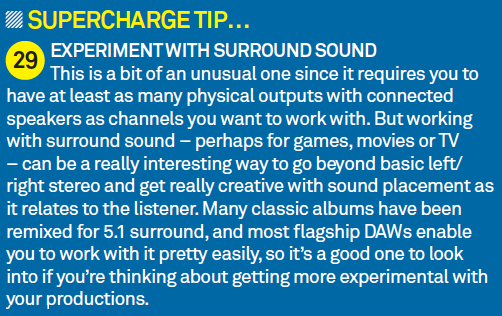 30: Use Tape Simulators
Not to make things sound wobbly, necessarily, but to impart a sort of warm glue to your sound. Many producers find that while getting hold of a real tape machine is fairly impractical, a decent tape-simulation plug-in can do the job just as well – and with far less hassle. Adding small amounts of wow and flutter can make a sound appear less digital and processed. You could apply it to just the drums, or apply it to the entire mix at the mixdown or mastering stages depending on how you like to work. 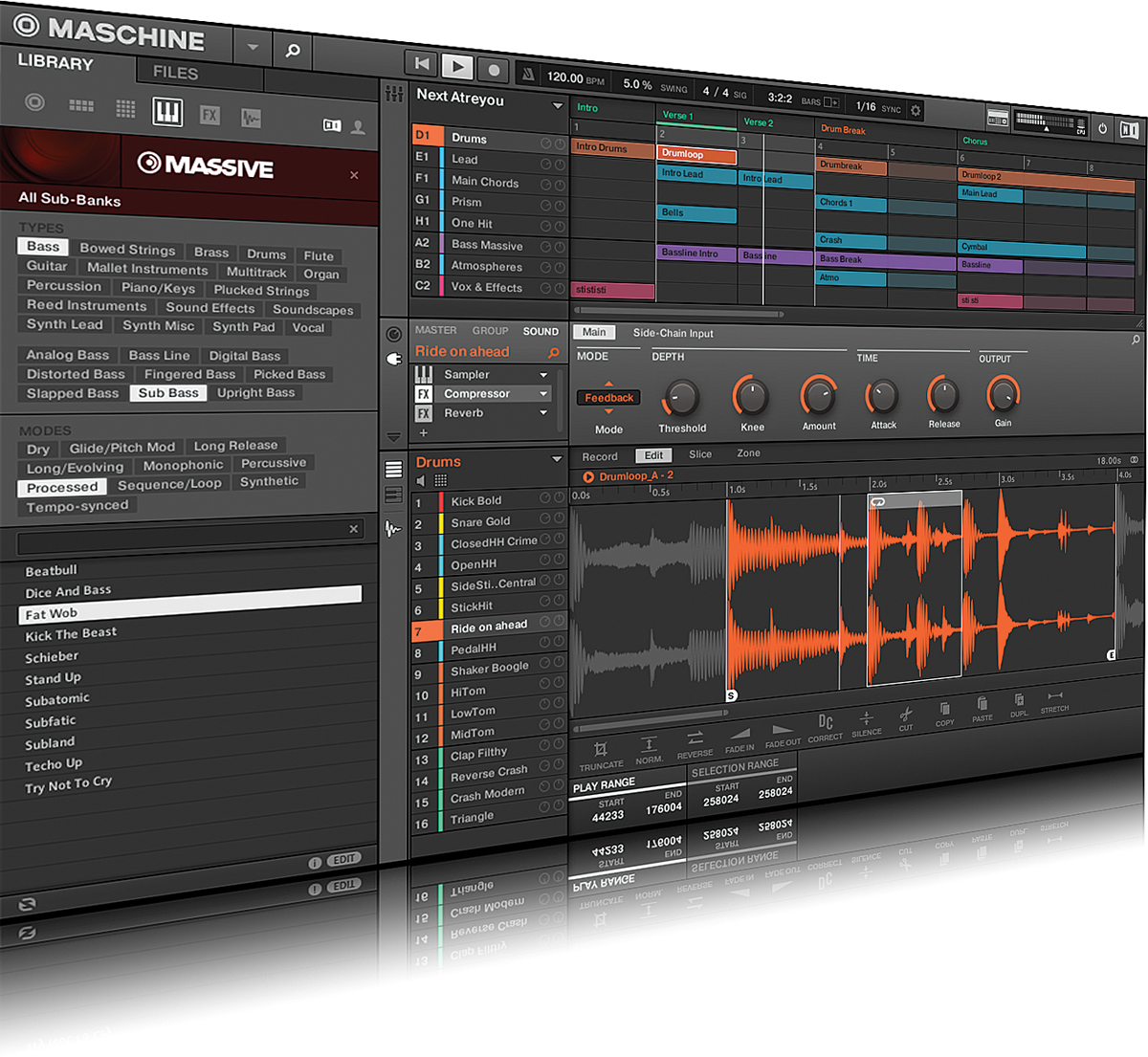 31: Supercharge your Samples
Many people have a sample collection of some sort, even if it’s only the ones that came bundled with a DAW. Over time these can get a little tired and you may stop using them. A good trick to revitalise them is to slice them up and re-sequence them so that they sound completely different. Tools such as Maschine and AKAI’s MPCs can do this, and instruments like FXpansion’s Geist and Propellerhead’s ReCycle or the new slicing tools in Reason 7 are adept at it too. With fairly minimal effort you can make your old samples sound new again.

32: Use Audio Processing
Not as in effects, but as in the Tools menu. Digital audio is infinitely malleable and edits are generally nondestructive. It’s easy to pitch- and time-stretch audio loops or recordings, reverse them or cut them up to change them and make them sound more interesting. Tools like Melodyne or VariAudio in Cubase or Flex Pitch and Time in Logic make it simple to edit notes within polyphonic audio clips. In Reason 7, recorded or imported audio is automatically time-stretched to fit a project (and sliced up, too). Audio is now almost as flexible as MIDI, so take advantage of that fact. 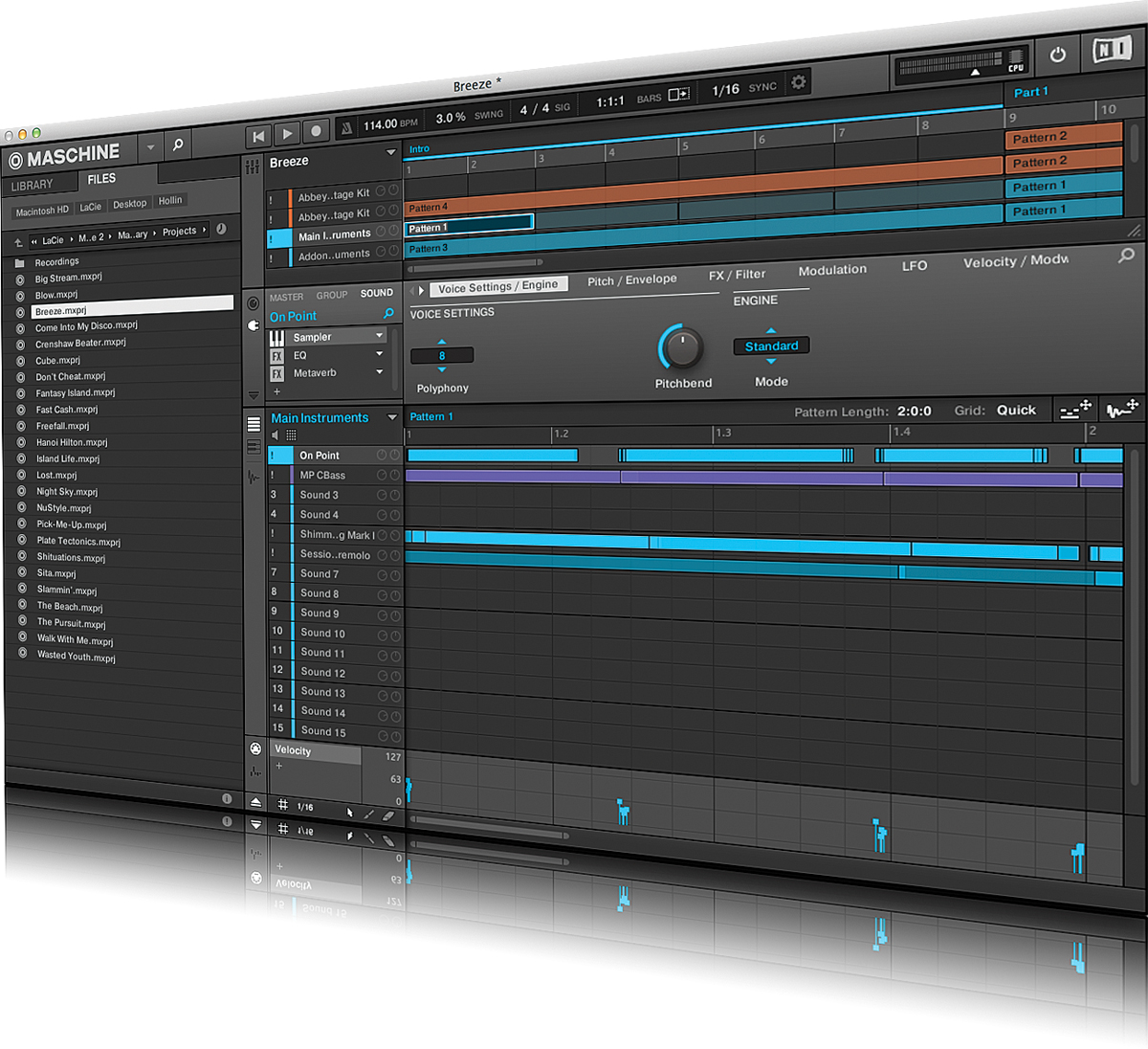 Some people prefer old-style sequencing approaches, so why not give them a go and see what shakes out?

33: Double-Track
Double-tracking used to be a trick employed by producers to beef-up a sound, which involved recording a second copy onto the master tape (typically vocals or guitars). In a DAW it’s incredibly easy: simply select a track and choose Duplicate. Of course, initially this will just make the part louder overall, so you need to go a little further. You could pan each copy of the track differently to create more interesting stereo effects, or process one copy differently from the other. EQ and effect it so it has a different feel, then blend it with the original version. This is a good way to quickly get a bigger sound.

34: Experiment With Arrangements
This is a lot easier than it used to be thanks to the flexibility of DAWs. Tools such as Cubase’s Arranger track and Blocks mode in Reason enable you to create multiple on-the-fly arrangements without having to copy and paste sequencer data. Find one or more that you like and you’re often able to render them out to new project files, saving a huge amount of effort. You can easily, for example, make a radio edit and then a full-length version and even extended mixes, all without having to laboriously copy and paste. 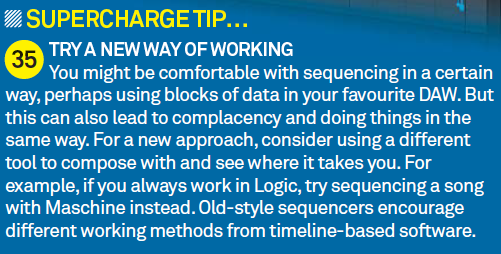 36: Use Advanced Audio-Manipulation Tools
Many DAWs now incorporate tools that are able to identify and let you manipulate individual notes within recorded audio parts, and third-party tools such as Melodyne let you do this too. As well as letting you do clever stuff like turning songs in a major key into a minor key, the technology has other benefits, such as the ability to extract pitch and micro pitch to MIDI. This allows you to do things like double-up a recorded vocal part with a keyboard part, or match a drum part to a guitar riff. All of these can be handy for getting a bigger sound overall.

37: Embrace the Flexibility of Digital Audio
Once upon a time, making edits involved splicing tape together. Now it’s a very different world. Even a modest computer can handle running loads of tracks, so you have complete freedom to duplicate and layer parts. Try pitch-shifting duplicated vocal parts to create harmonies, using parallel compression techniques to get a ‘New York’ sound, or creating atmospheres and layers via extreme time-stretching.

38: Get Remixed
Thanks to modern technology, remixing is easier than ever and it can be an excellent way to explore musical ideas that you might not have thought of yourself. There are many examples of remixes that are better or more successful than the original track, and a remixer will often go in a musical direction that gives a track a completely new feel. You can supply them with a project file or, more likely, a folder of printed audio stems complete with tempo information. 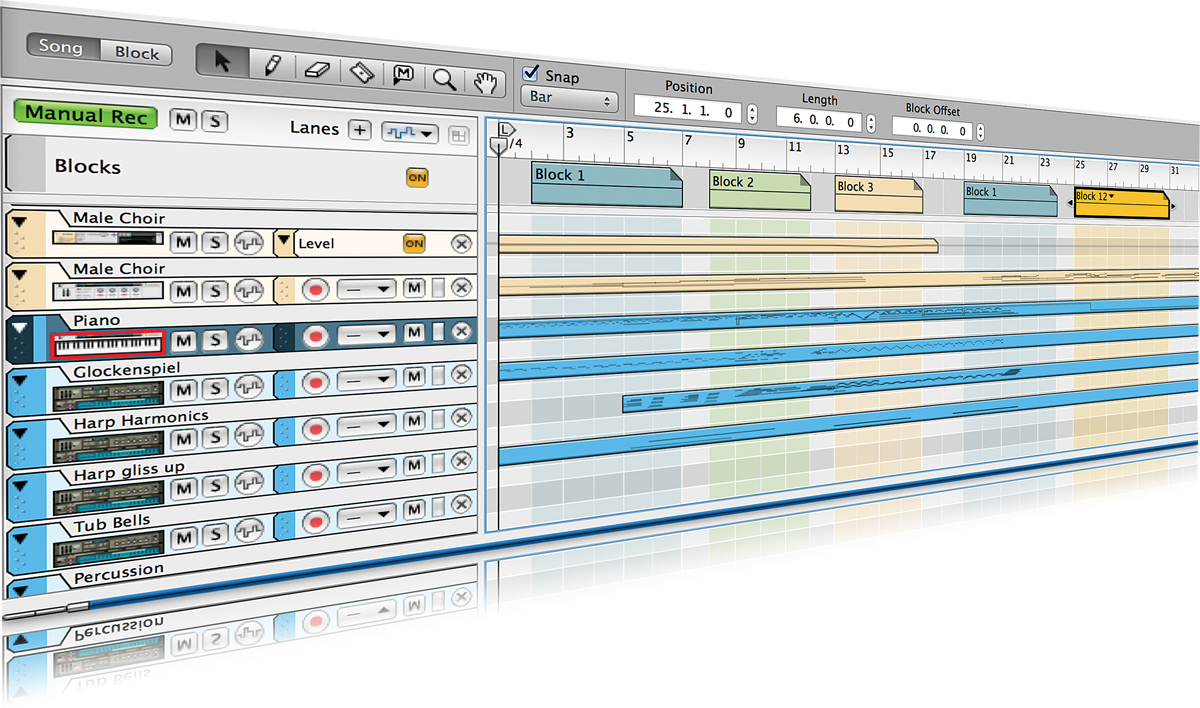 39: Think Outside The Box
Many hardware instruments, especially older ones, have an onboard sequencer. We’re talking about drum machines, workstations and samplers such as AKAI’s MPC series. Their sequencers often have a unique sound and feel that you don’t get using the MIDI and quantizing tools inside computer software. Some developers, like AKAI, have even re-created their hardware in software form for the iPad. By basing a track on a hardware-sequenced beat or composing entirely in hardware you can often get a more unique sound. A good example is DJ Shadow’s Endtroducing, which was created entirely on a sampling drum machine and has a unique feel.

40: Use Advanced MIDI Tools
We’re all used to arpeggiators and quantization, but some DAWs have more advanced MIDI tools that let you filter and work with MIDI tracks in more unusual ways. Cubase, for example, has a Logical Editor that is able to perform an action on specific notes, perhaps changing the velocity of every fifth note, or remove all accidentals. There’s also MIDI ‘compression’, which equalizes the velocity of selected notes. There are quite a few such commands and although slightly esoteric, they can be useful in batch-processing MIDI parts for interesting results.