Following on from part 1, Andy Jones loads up Europa and shows us how to use our own audio to load in as samples or create wavetables… 9. Now it’s time to look at Europa’s new feature which is its ability to load in any audio and use it as a core waveform. We’ve chosen […]

Following on from part 1, Andy Jones loads up Europa and shows us how to use our own audio to load in as samples or create wavetables… 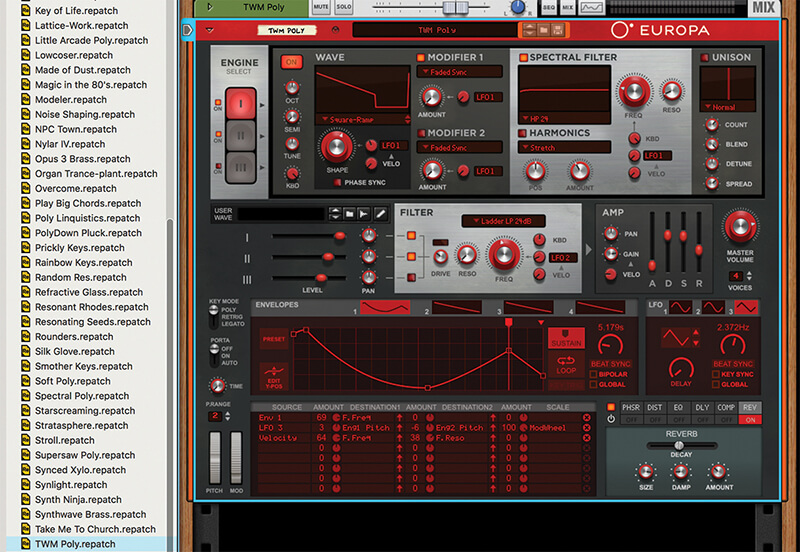 9. Now it’s time to look at Europa’s new feature which is its ability to load in any audio and use it as a core waveform. We’ve chosen a preset so you can really hear how this works in practice, so load up TWM Poly. 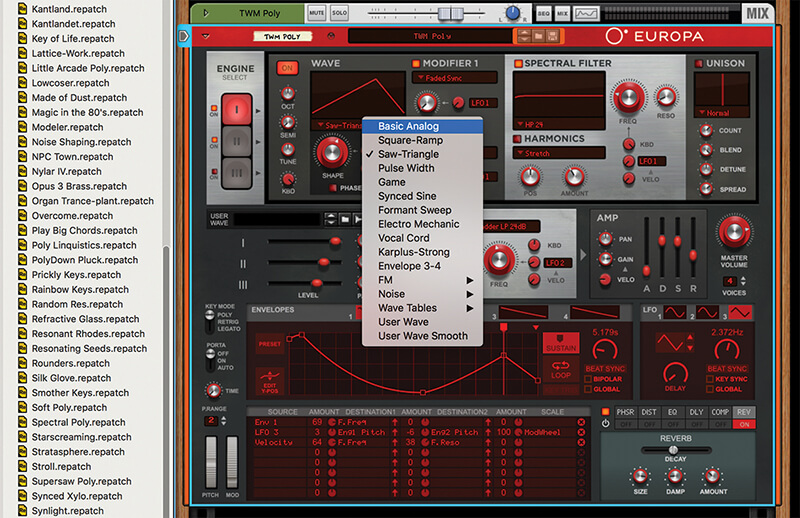 10. Europa has three main Engines. Click on number one and select a different core waveform from the drop down menu. You can select anyone and this sound will radically alter – that’s why we chose it! 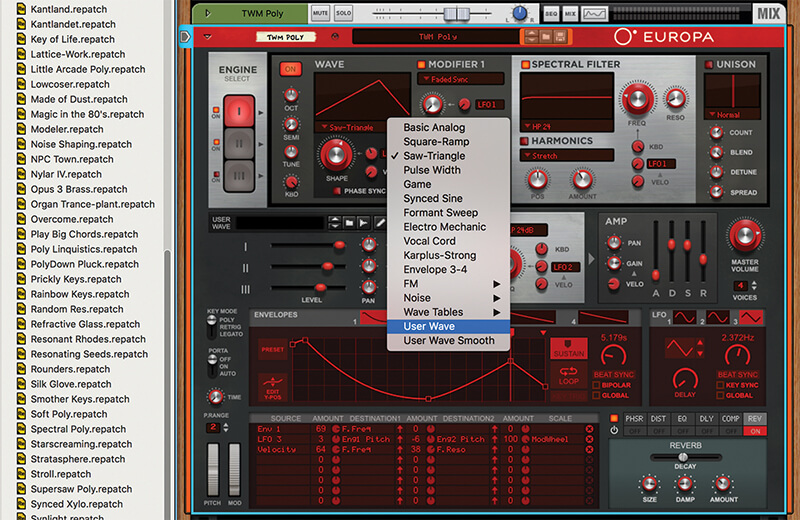 11. The new options are User Wave and User Wave Smooth. Select User Wave which, not surprisingly, stands for User Waveform. Now you can load in your own audio into Europa 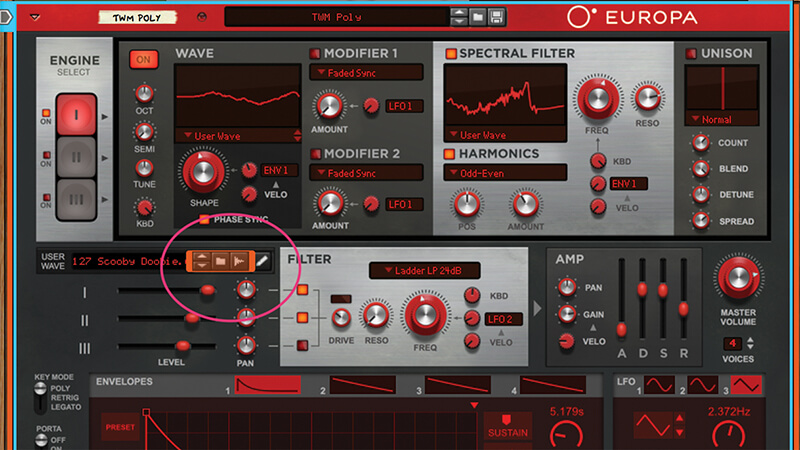 12. Now you need to load in some audio, so go to the area beneath the main Wave section. Click on the Folder icon and find the audio/sample you want to load in. You can double-click on the sample to load, or simply drag it in. 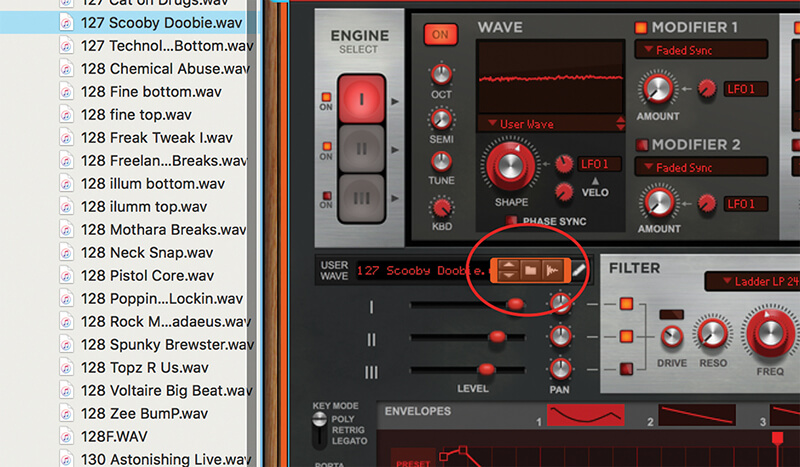 13. It’s worth you creating a specific folder with audio that you want to try out as you can use the up and down arrows to select the next and previous sample to load, and it sticks to the same folder unless you specify otherwise.

It’s no sampler While Europa can now load in any audio as part of its core wave ingredients, don’t expect it to start acting like a sampler. You can do a certain amount of audio editing but your audio will soon become unrecognisable when put through any of its many functions. 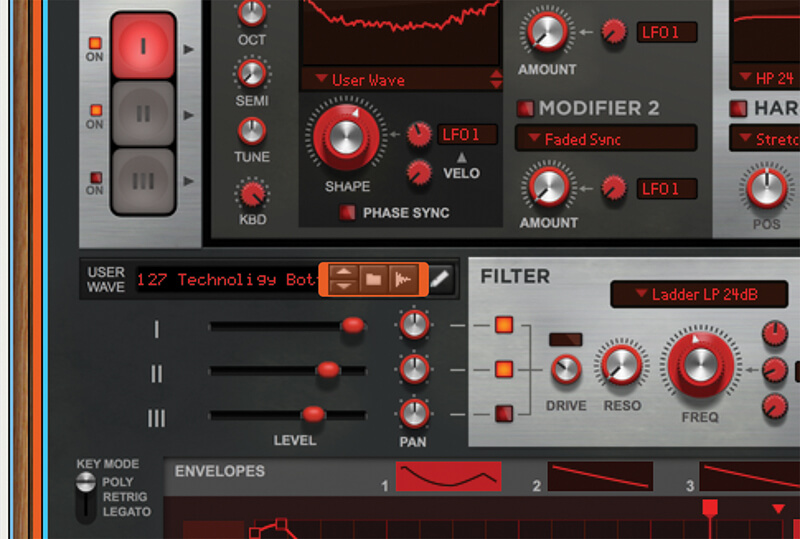 14. You can then simply click through that folder to try out how individual sampled sound within Europa or as complete wavetables. Other options here include direct audio sampling/recording and editing. 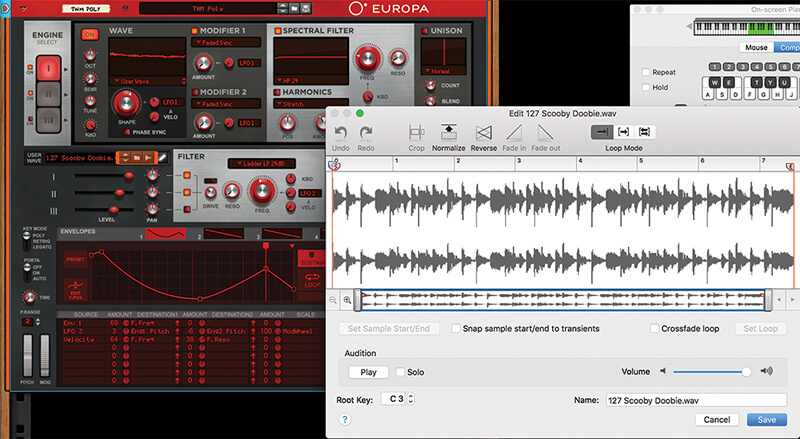 15. The Edit option is really neat and opens up an editor window so you can select start/end points plus loop points and loop modes, simply by dragging your mouse along the selection of audio. 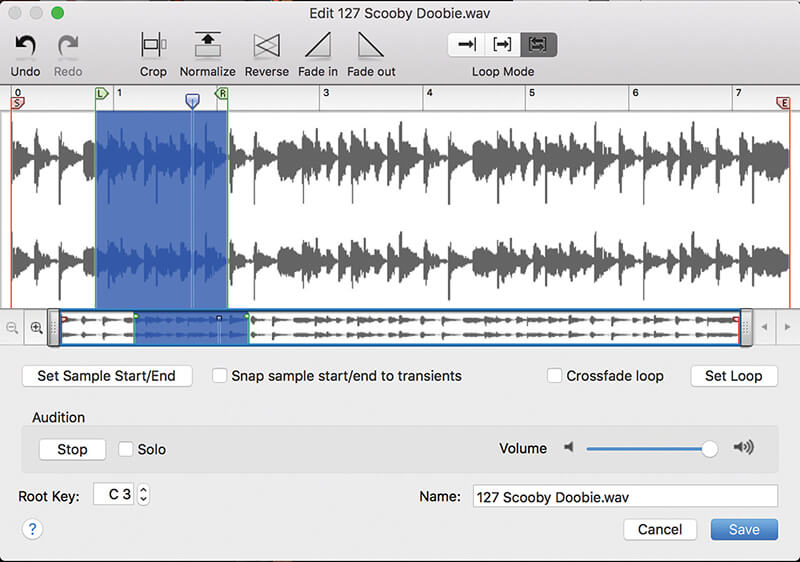 16. The third loop mode is cool within this context as it repeats the sample moving left and right which is a fantastic effect in itself, let alone as part of a wavetable synth! 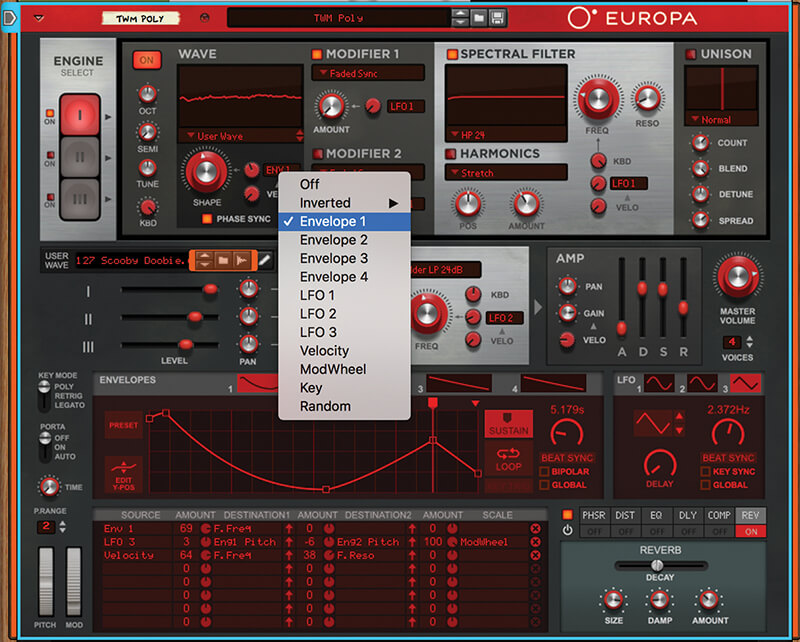 17. Here we’ve assigned Envelope 1 to cycle through the User Wave wavetable. It’s one of Europa’s best and most dramatic features and allows you to get a lot of movement going. 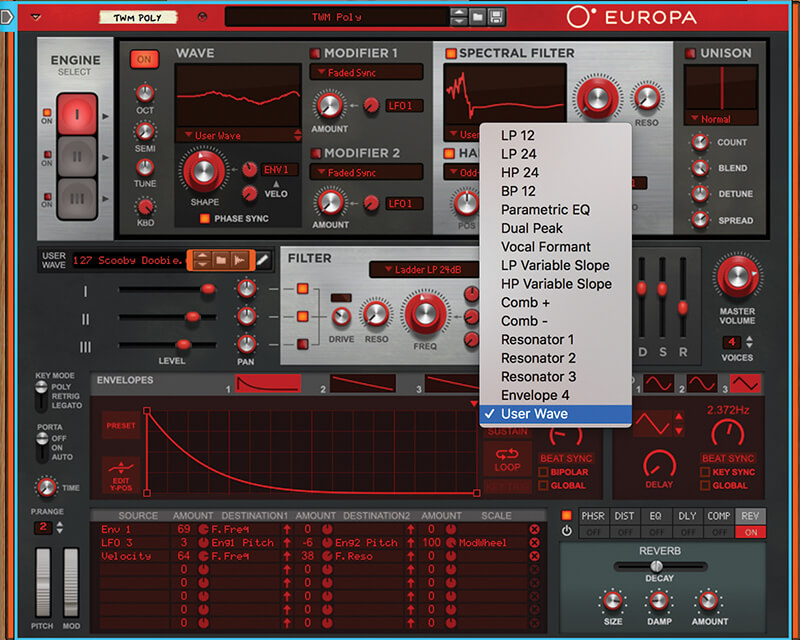 18. One last option is to assign the same or different user audio wave to the Spectral Filter so that its Spectral Multiplier takes on the shape of your audio. Here we have both the audio as a waveform and filter character!