The Combinator is a remarkably powerful tool for designing your own multi-instruments, if you know how. Hollin Jones reveals all… One of the best things about software is that it removes the physical limitations of having to own lots of outboard. Apart from the really obvious space saving, this also means you can be far […] 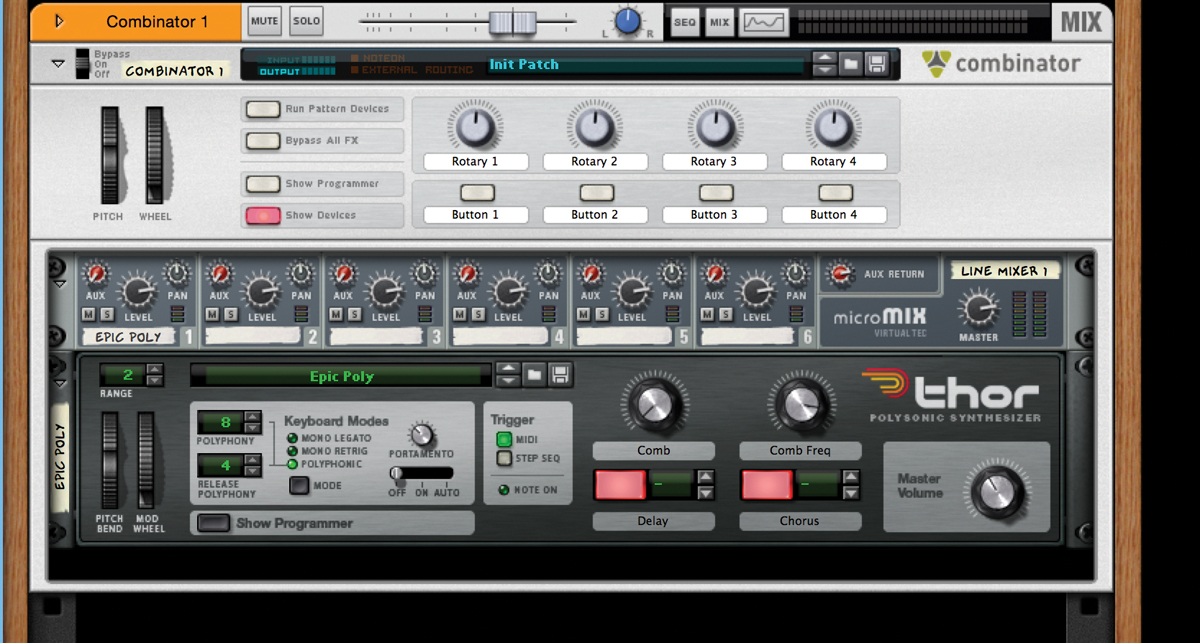 The Combinator is a remarkably powerful tool for designing your own multi-instruments, if you know how. Hollin Jones reveals all… 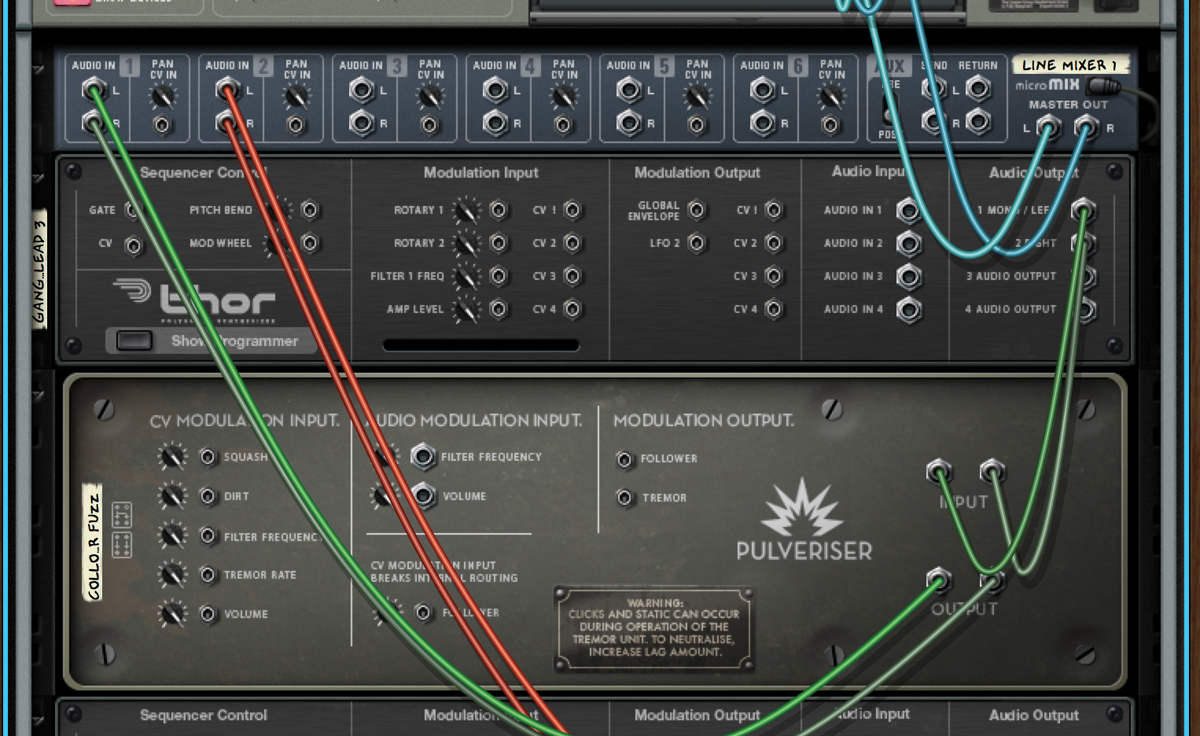 One of the best things about software is that it removes the physical limitations of having to own lots of outboard. Apart from the really obvious space saving, this also means you can be far more creative with sound design than if you were reliant on hardware.

With real synths and effects you can only use as many as you have, and getting them all working at the same time means MIDI syncing and a fair bit of audio routing, which can get pretty complex. Software lets you layer up as many modules (and as many copies of the same module) as your hardware can handle. And it does this with the greatest of ease, rarely requiring any tedious fiddling about.

Reason has a special tool for layering and grouping modules called the Combinator. This technique is possible in other DAWs too of course using their specific approaches, whether it’s creating channel presets with a load of stuff pre-configured, or using a clever tool like Blue Cat Audio’s Patchwork plug-in which is able to host a bunch of other plug-ins inside it on a single slot. 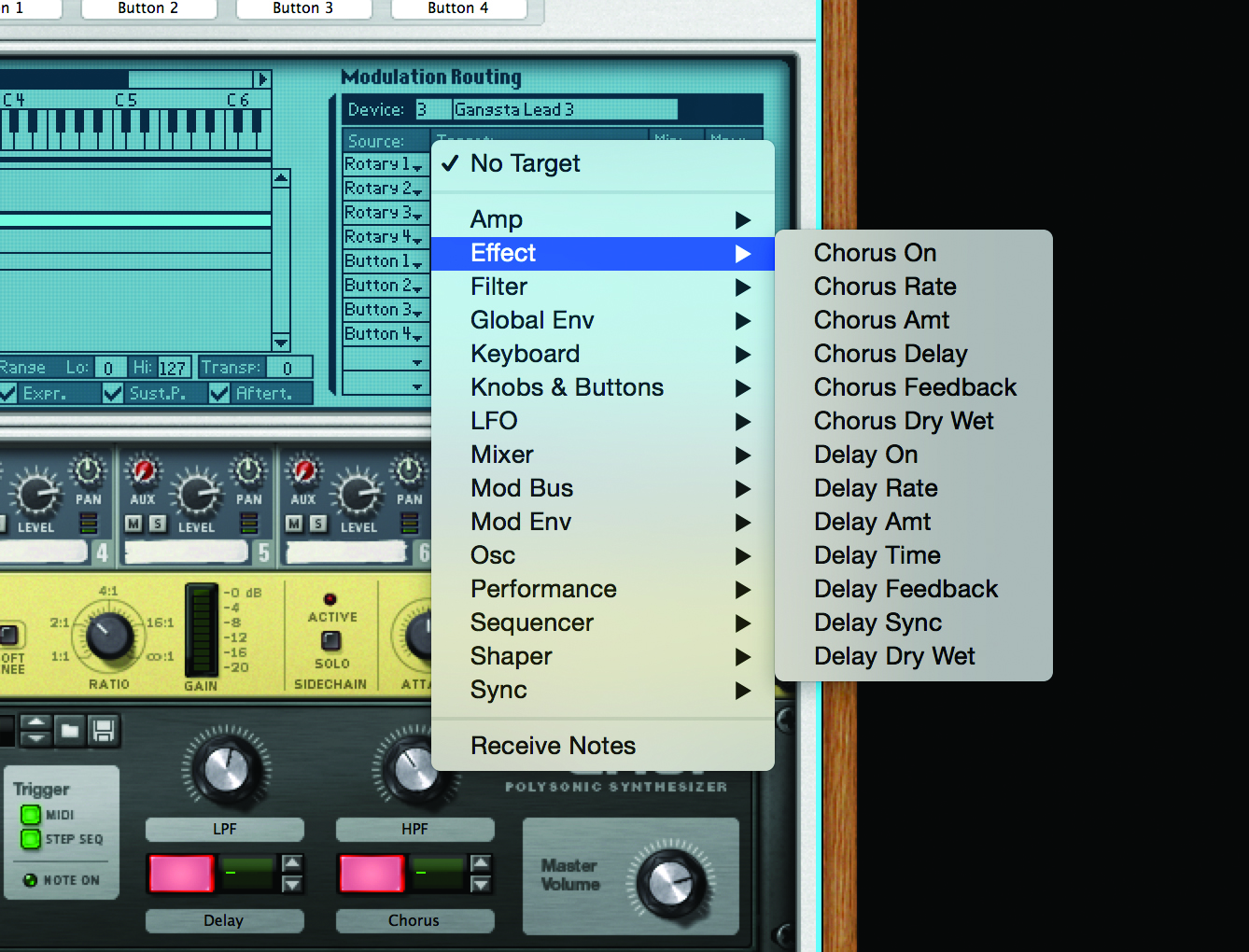 The idea with all of these is that you bring together multiple devices to create a sound that’s bigger than any single one of them is capable of. We’ll be looking mostly at layering though zoning is also easy to achieve – the splitting of different sounds across multiple MIDI key zones.

The Combinator acts like a miniature version of the Rack inside the main Rack. It’s the same concept as a channel preset or track preset in other DAWs, only here it’s embodied in a module with a name. Reason actually refers to the Combinator as a ‘utility’ and it’s grouped as such in the Create menu. This is because it does not in itself generate or process sound but is a container into which you can place modules which do.

There are several advantages to using this approach. For one thing, you get to send a single stereo feed into the main mixer by default, though it’s also simple to split feeds off from inside the combi if you prefer. Despite having a stereo output it’s possible to route and mix creatively within a combi using any of Reason’s suitable modules like mini mixers, audio and CV splitters and mergers.

Get Creative
Entire combis can be moved around, loaded or deleted, bringing a number of pre-created chains into a project en masse with a single click. Again, this is the same with track presets or hosting plug-ins in other DAWs.

The fact that a Combinator, by default at least, accepts a single MIDI input also means it’s a quick and easy way to trigger multiple modules from a single device. Otherwise, if you wanted a single MIDI part to play, say, six different synths at once, you would have to record a part once then duplicate it in the sequencer, or set up six different instrument channels all accepting the same MIDI input at the same time.

The latter solution is a little cleaner but it’s still not a patch on just sticking everything inside a combi and playing it like a regular instrument.

Submixing inside a combi, which is more or less a requirement of using more than a couple of modules, lets you balance the different component modules against each other before the sound is passed to the main mixer. So an example might be to have a piano patch with a couple of string or synth pad sounds mixed quite low to provide atmosphere behind it.

The pads would react more slowly than the piano too, so the overall effect wouldn’t be weird. Building mega-synths is fun and easy to do too. Imagine you start with a synth lead sound, then add another module playing a sub sound with lots of attack and distortion. Then you add something rhythmic skittering away in the background, or perhaps that only triggers above a certain velocity level. Pretty quickly you have a really involved and interesting sound that you’re able to play from a single keyboard and record on a single track in the sequencer.

Take Control
One of the combinator’s other talents, and one which can be harder to replicate as easily in other DAWs, is its controller section where you can assign shortcuts and quick controls to multiple parameters within a combi.

Let’s say you have your four variable dials and assign one of them to control the cutoff filters on a couple of synths, and another one to detune an oscillator in one module and also increase distortion level on a crunch unit. In a few seconds you have created a way to morph a sound in cool-sounding ways.

Since these assignments are all stored within the combi, they are recalled whenever you load it. Modules can even be ‘uncombined’ and exploded out into the Rack, with Reason handling all the audio routing or alternatively, multiple elements in the Rack can be selected and then brought together into a combi with a couple of clicks. Layering and submixing sounds in this way brings a new level of creativity to the software and enables you to create much more interesting, diverse and unique sounds for your tracks.

As well as layering sounds you can key map them, assigning each module within a combi a specific range of MIDI keys to which it will respond. This can be different for every module capable of receiving notes, and they can of course overlap.

Along the base of this section are some other useful features like specifying a velocity range outside of which sounds will not trigger, which performance controllers a module will receive and whether that device is transposed.

All of these work individually for each module inside a combi, making it a remarkably flexible and powerful system for building complex multi-instruments with a minimum of fuss. Utility and effect devices can’t accept notes but they can accept other kinds of data.