Adding rhythmic elements to your patches can be the key to better sound design. Hollin Jones explains why… Movement is one of the most crucial weapons you have at your disposal when designing sounds and making music. Many people would agree that when cycling through the ones on a synth or a virtual instrument, it’s […] 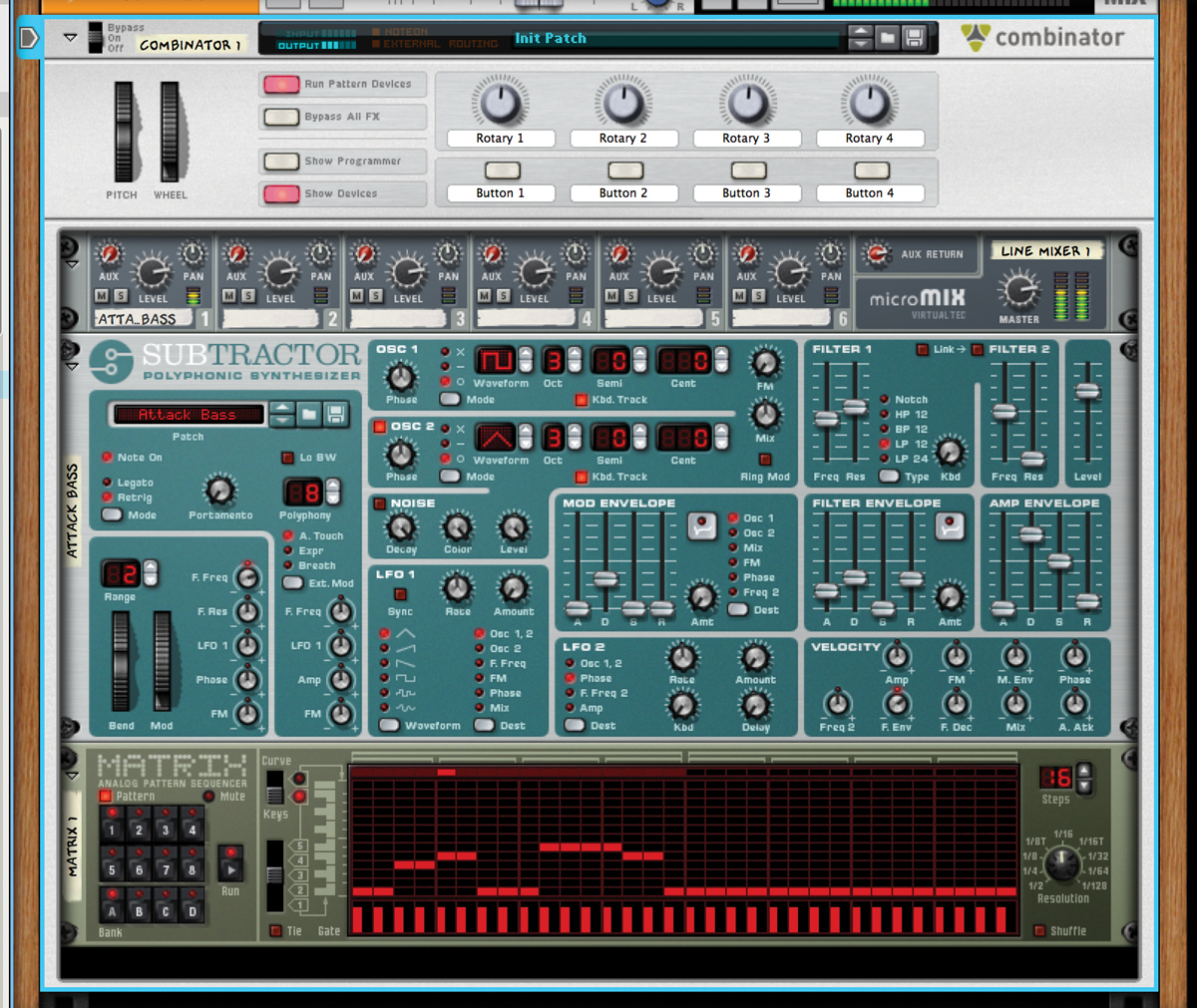 Adding rhythmic elements to your patches can be the key to better sound design. Hollin Jones explains why… 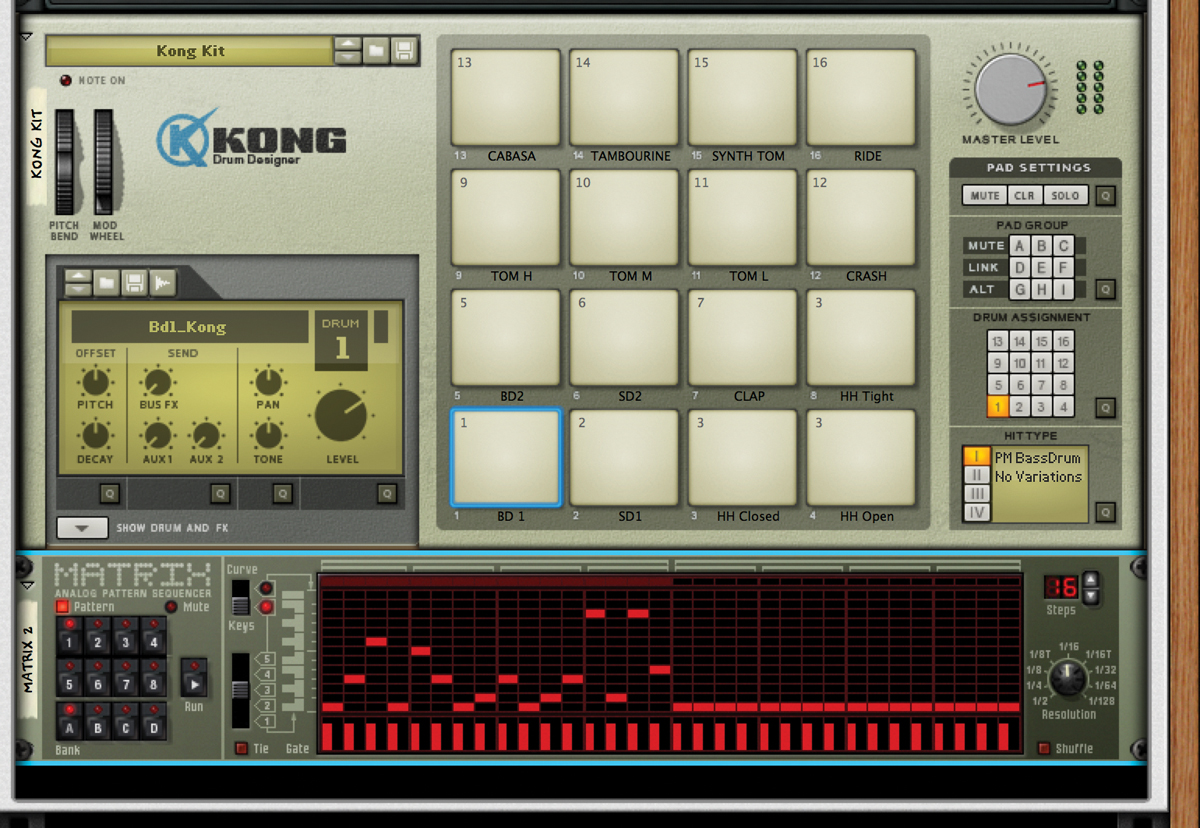 Movement is one of the most crucial weapons you have at your disposal when designing sounds and making music. Many people would agree that when cycling through the ones on a synth or a virtual instrument, it’s the patches that contain elements of rhythm or movement that are the most interesting.

Of course, if you play a guitar or a drum kit, you’re going to have a multi-faceted sound, but with synths – and especially software synths – it’s a slightly different matter to create a dynamic effect. Just holding a MIDI key or two is not in itself all that interesting, but it can be if you design the sound to do interesting things while that note is held.

One of Reason’s most useful devices for this kind of task is the Combinator, and by loading multiple instruments inside a combi and then creating Matrix pattern sequencers, perhaps containing various patterns, you can use control voltage to create something complex – involving rhythmic and melodic parts that trigger by playing a single note.

There’s also the RPG-8 to interpret your MIDI input. Thanks to the amazing CV and audio splitter and merger modules, available to use anywhere in the Rack, you can creatively take a trigger signal from a single Matrix, for example, and use it to trigger multiple devices, or even devices outside the Combi. These pattern devices can have their data converted to regular notes and be placed into the sequencer, for when you want to perform more conventional editing on parts.

As well as Combis, Reason features some other instrument modules with rhythmic features, such as Thor and the ReDrum. Technically, these are a little different, as they actually contain mini step sequencers of the kind found on many software instruments, but they do allow you to incorporate rhythm as part of the design of a patch – especially in the case of Thor.

Thor also has extensive modulation capabilities that you can add to the mix, so taken together it’s a remarkably powerful machine for building patches that pulsate, twist and move. We have talked about the importance of modulation in creating more interesting sounds in the past, and Thor has the king of all mod matrixes. 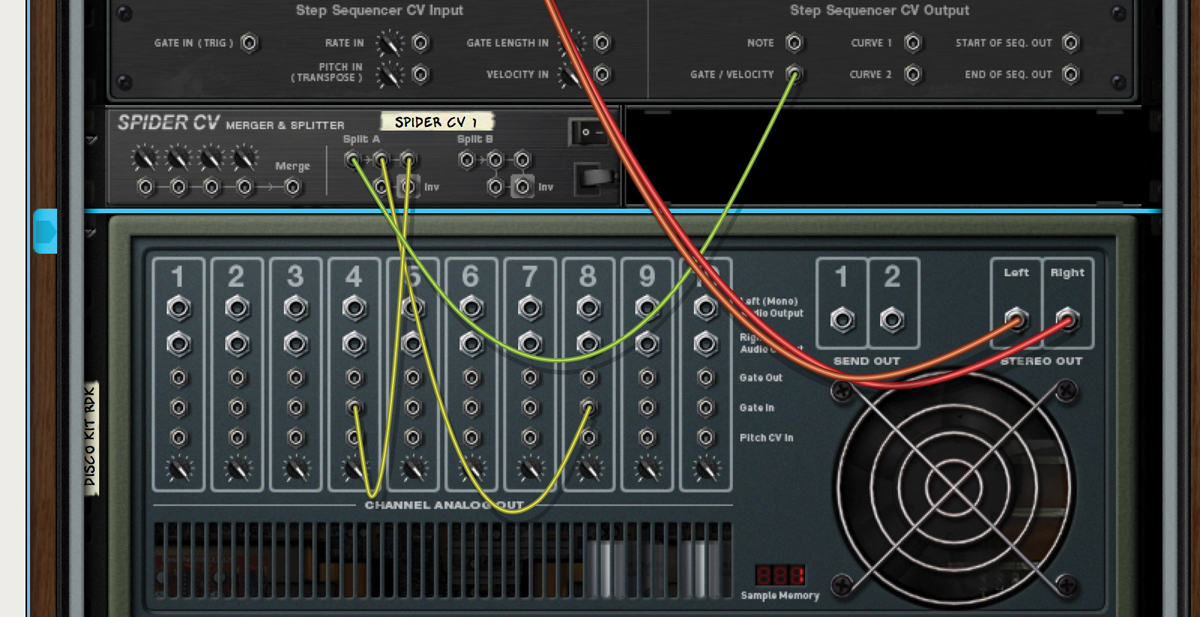 Desired Effects
Other vital tools for injecting rhythm and movement into your sounds are, of course, effects, and Reason has some excellent models capable of doing just this. The echo and delay units, like any such effects, by definition add rhythm to a sound by introducing repeats to it. These can be tempo-synced or unsynced, and the rates and feedback levels set.

The Pulverizer Demolition module has special LFO control of a filter that creates a pulsating wobble effect at different rates, depending on how you set it up. The Alligator is a filtered gate module that uses different patterns of gate opening and closing to send sound through multiple filters, which themselves have a range of settings. As such, it’s perfect for cut-up effects and taking relatively ordinary sounds such as drum loops and mangling them into something far more interesting.

Since we’re talking about sound design, it’s important to note that using effects as part of sound design in Reason generally means using them in the context of Combinator patches, since these are the perfect way to build a complex setup and then save and recall it in any project. In other DAWs, you may be forced to use track presets for this kind of thing, chaining specific instruments and effects together for instant recall. However you do it, it’s well worth investigating.

Popular Movement
Since Reason, like almost all other DAWs, supports MIDI input and output, you can also use external kit to introduce movement to your patches. Where an instrument has an X/Y pad, for example, as some of the third-party Rack Extensions available for Reason do, you can record movements to these pads as part of a sound. Sometimes, it’s necessary to actually record this as automation into the sequencer and then bounce the part down as audio within a project. Then you can slice it into a Dr Octo REX and play it like a sampled instrument.

The Dr Octo REX is another clever tool for working with samples. Inside its editor section, you can tweak various parameters for any slice in a loop, including pan, level and reverse on/off. So it’s possible, for example, to take a regular loop and change its playback character quite extensively.

Another interesting technique is to take modules that have rhythmic components and use their CV outputs to trigger other things. You could take the slice output of a Dr Octo REX and connect it to a Kong to play both together, or take the step sequencer CV out of a Thor to have that triggering another synth. Using the Spider modules as splitters and mergers for these types of signal makes things far more flexible and powerful. In the real world, you might need expensive modular synth hardware to achieve something like this.

Adding rhythmic elements to patches is an excellent way to make your tracks sound fresher and more involving. There are multiple options open to you at this point – from using modulation and CV triggering through to employing onboard step sequencers, effects with rhythmic capabilities and even external MIDI input.

For a good insight into how complex patches are put together, you can find some examples in the Factory Sound Bank – and then deconstruct them by examining their structures

Focus On… The RPG-8
The RPG-8 is Reason’s dedicated arpeggiator: most DAWs have one. In addition to the standard tasks of creating arpeggiated versions of whatever MIDI you input, based on the settings you make and allowing the setting of gate time, it has a couple of other tricks up its sleeve. 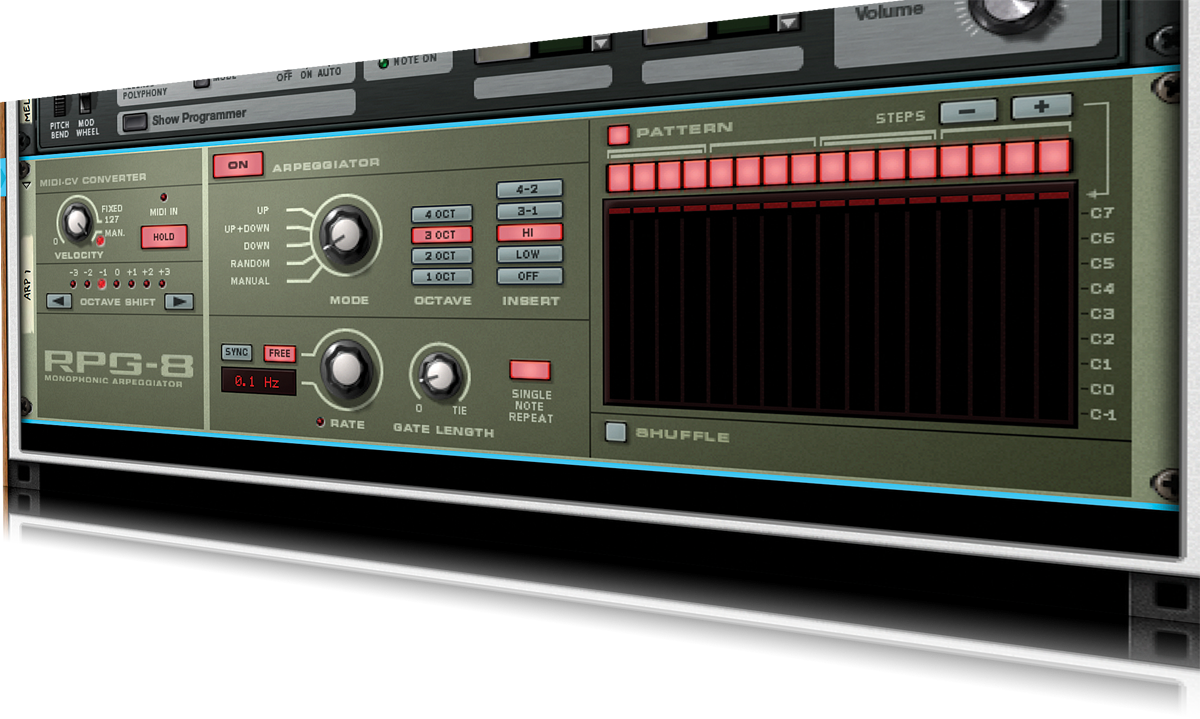 On the left-hand side is a MIDI-to-CV converter, and the rear panel supports a set of CV ins and outs that are more generous than you might imagine. You can use MIDI CCs such as aftertouch, expression, breath and a sustain pedal as CV data to control other parameters on any module. This is really useful because it opens up a new level of creativity when it comes to animating sounds.