Mike Hillier continues his second mastering tutorial with a step by step guide to using compressors effectively… For this workshop we’re using the song By The Horns by The Giving Style, available at https://thegivingstyle.bandcamp.com/track/by-the-horns. The single was recorded by Nick Howdlesmith at DSI Studios, and mixed by drummer Keldon Alleyne. 1: By The Horns has […] 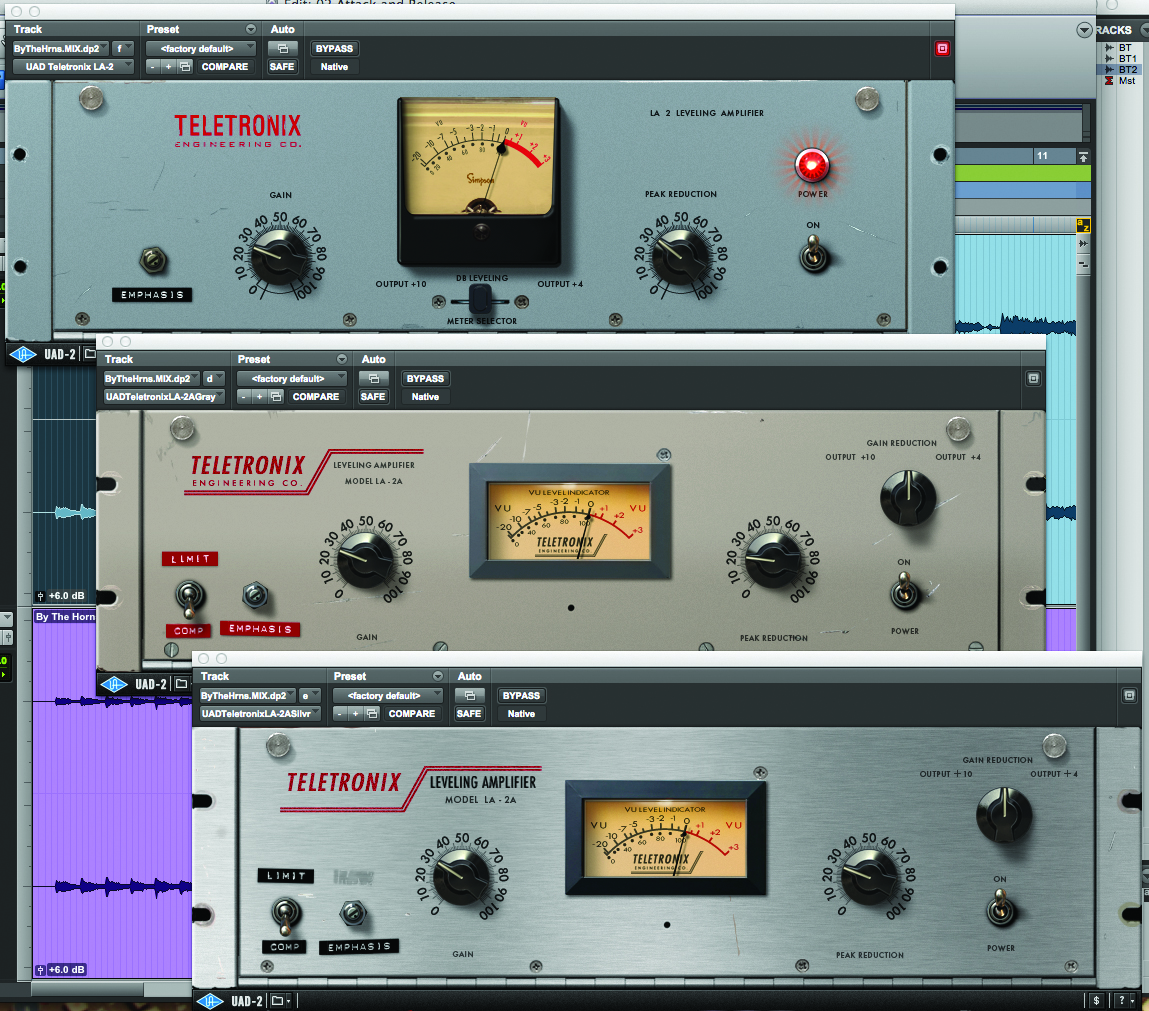 For this workshop we’re using the song By The Horns by The Giving Style, available at https://thegivingstyle.bandcamp.com/track/by-the-horns. The single was recorded by Nick Howdlesmith at DSI Studios, and mixed by drummer Keldon Alleyne. 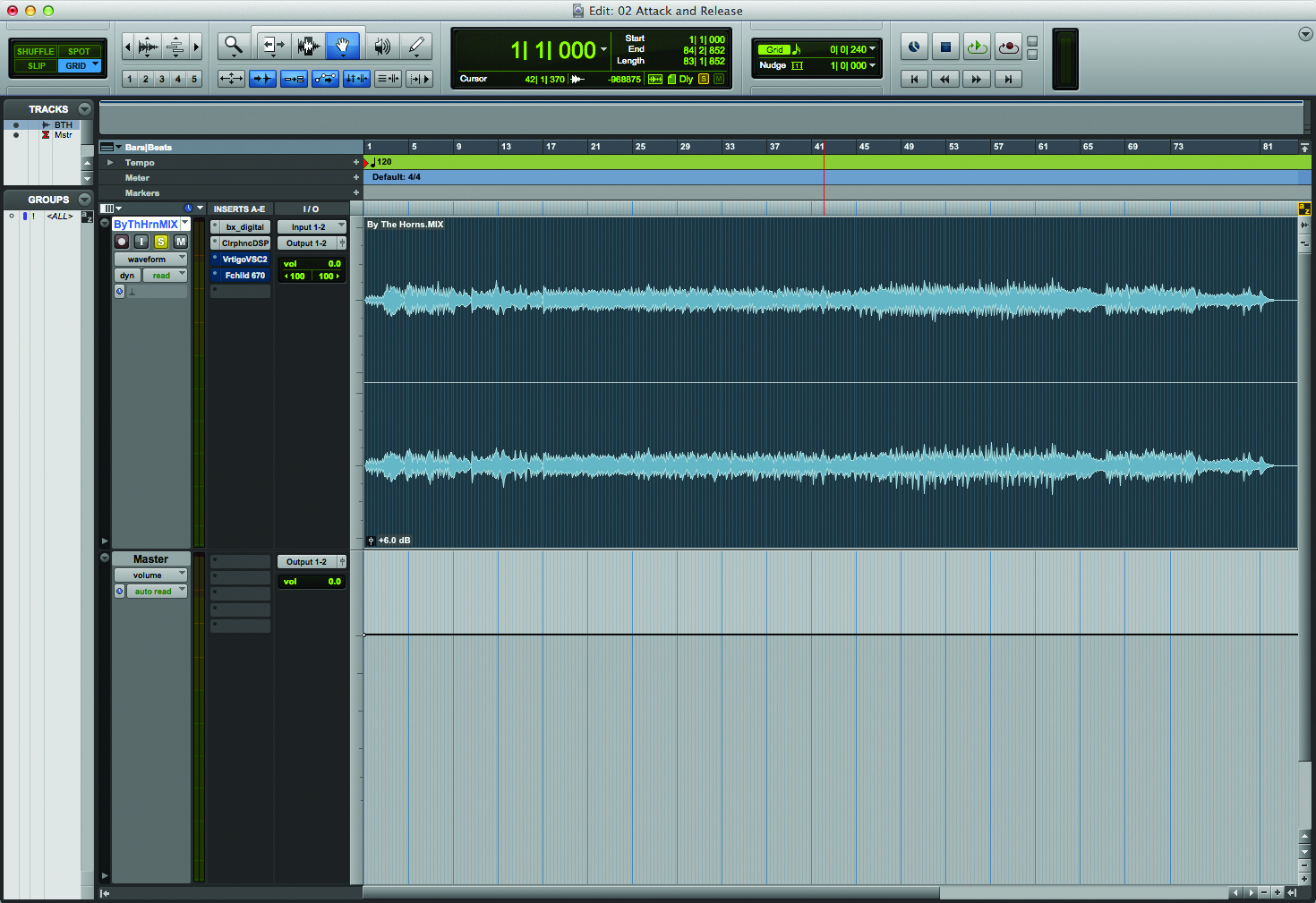 1: By The Horns has a lo-fi edge, with distorted vocals, and a dark, mid-forward EQ curve. The mix has a good amount of headroom, and isn’t overly squashed, with plenty of percussive transients, helping the drums to punch through. 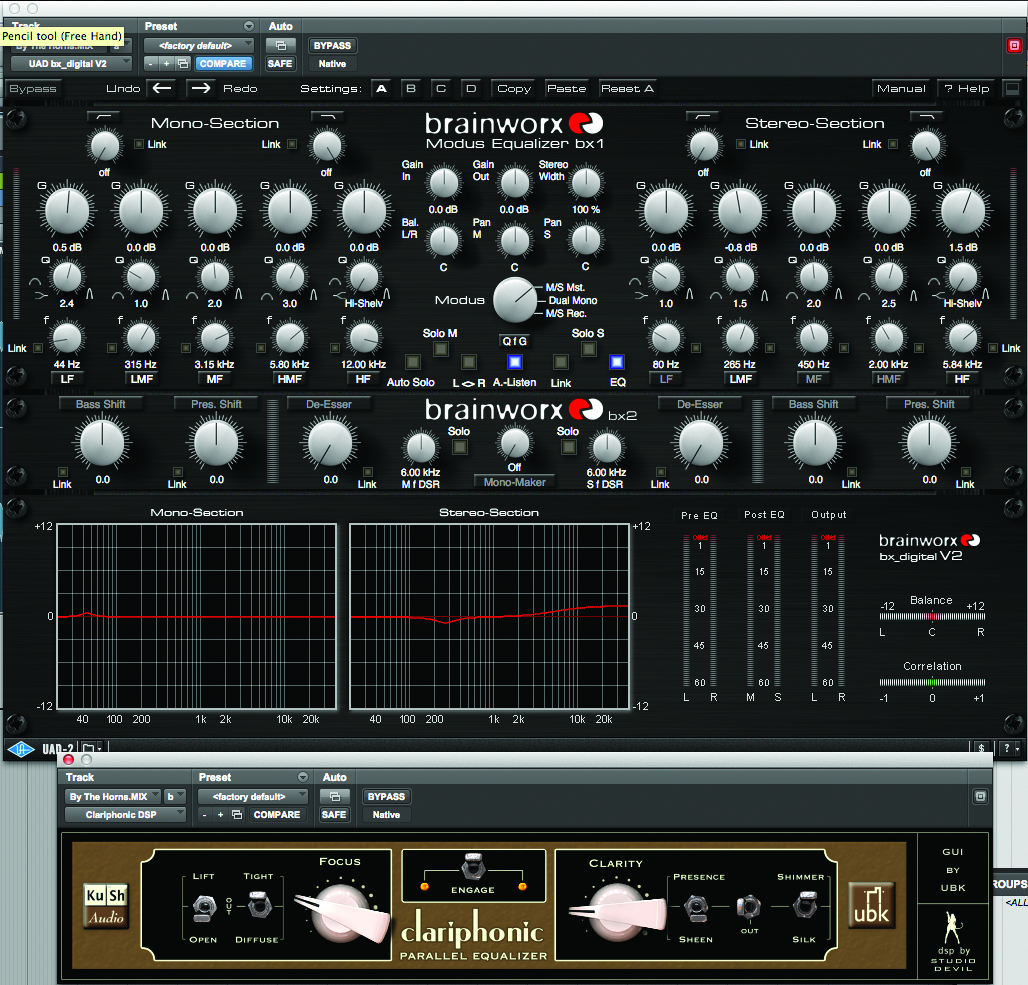 2: The mix is a little dark overall, and we’ve started our mastering chain with a little EQ to help brighten up the overall tone. Using the Brainworx bx_digital V2 and Kush Audio Clariphonic DSP, before any compression. For more details on this refer back to last month’s workshop; Wrangling With Frequencies.

3: We want to try and tame the transients a little, which will give us a more consistent mix, and more level overall, while not pulling too much punch and energy out of the drums. Add a VCA compressor and experiment with different fairly fast attack times, a fairly fast release, a moderate ratio and a high threshold. 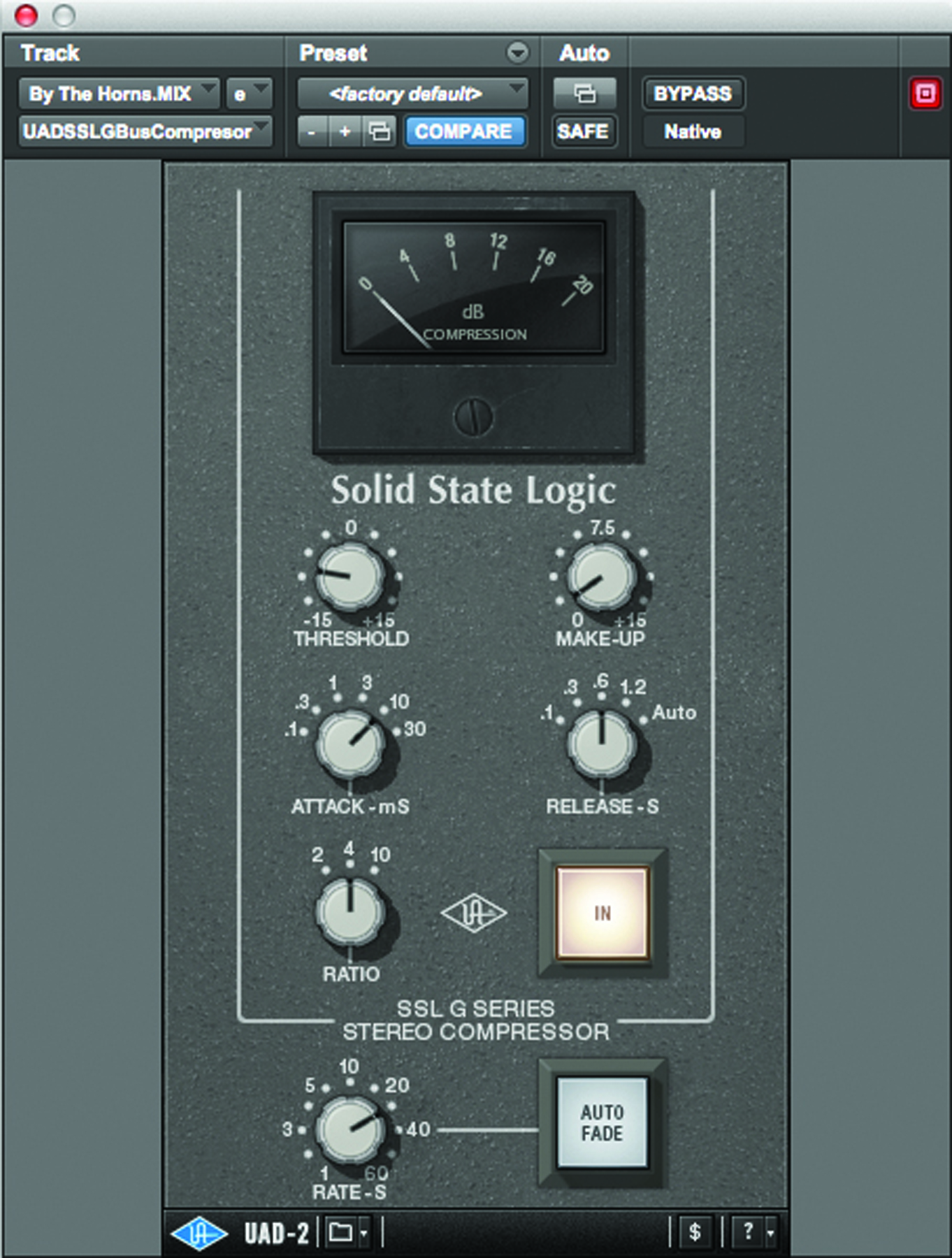 4: It can be useful to try a couple of different compressors with similar settings. We usually don’t try and copy the settings exactly though, preferring to get the sound we like best with each and then compare level-matched alternatives.

5: As the gain of a compressor can also effect the tonality, often we will level-match different compressors by riding the fader, or with the Gain plug-in. This is especially true when comparing analogue processors. 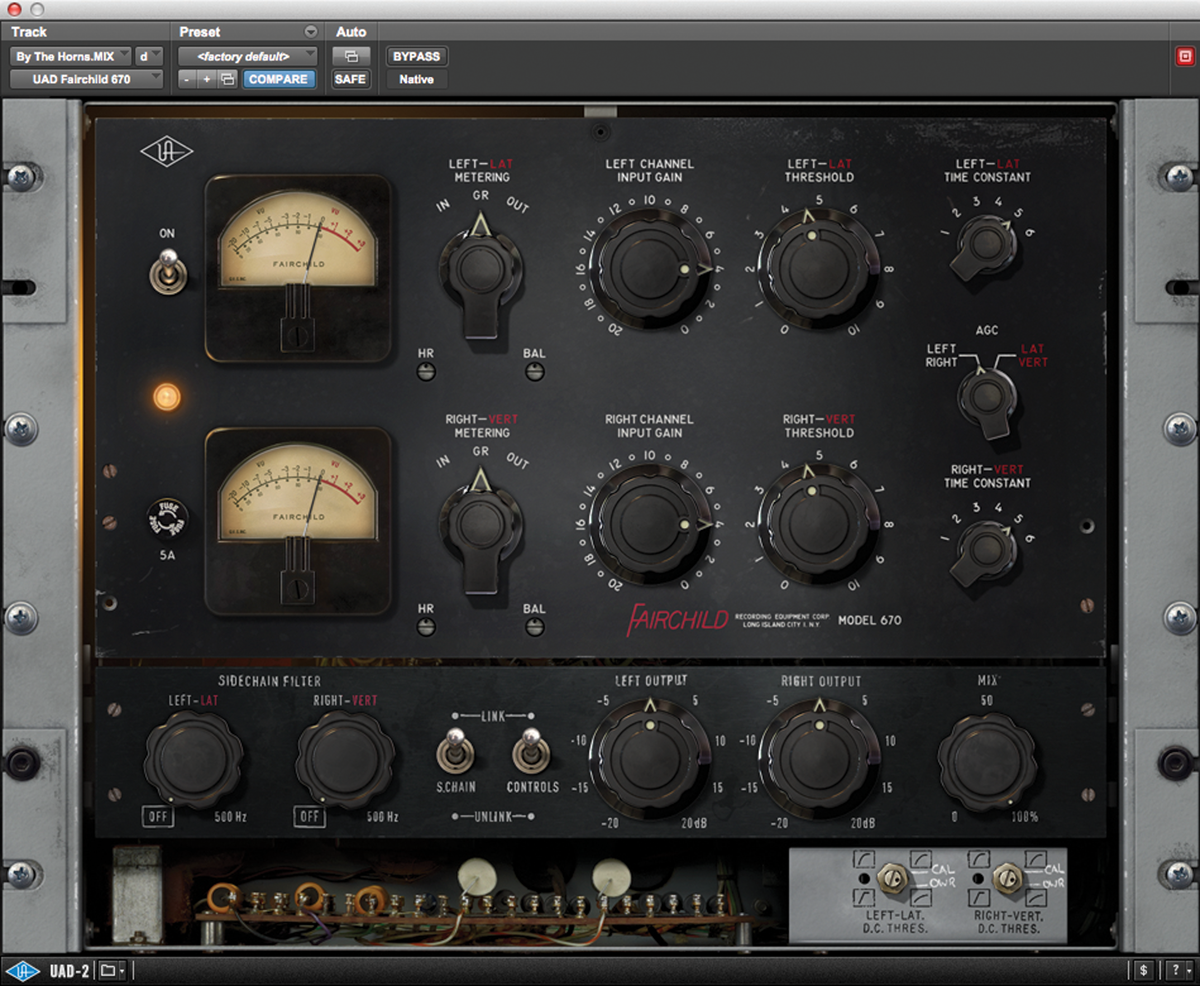 6: Having now set up our first compressor we want to try and glue the mix together with a slower compressor. This will also give us another small level boost, and could provide another opportunity to colour the signal.

7: Vari-mu compressors, such as this Fairchild 670 emulation don’t have a fixed ratio, instead it increases the ratio in response to the input, with higher ratios applied to louder signals. The exact nature of this can be fine-tuned using the set-screw control at the bottom right of the plug-in window, which you’ll notice we have dialled all the way up to the softest knee. 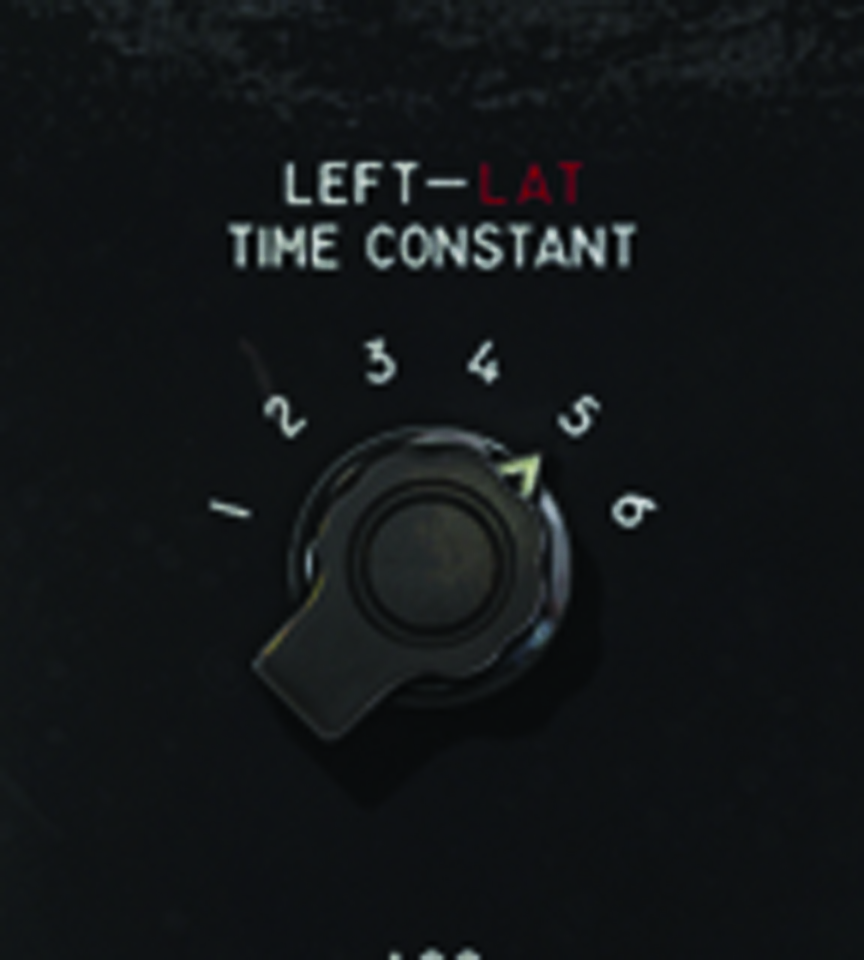 8: The Time Constant control on the Fairchild 670 controls the attack and release, with the fastest setting in position one, and a two-stage auto-release in positions 5 and 6. The release goes up to a staggering 25 seconds for consistently loud material in position 6.

9: As an alternative to the vari-mu Fairchild, we might want to try an optical compressor, such as one of the UAD Teletronix LA-2A models. While the originals are rarely found in mastering studios, the plug-in comes with a stereo version, which can be very useful for mastering purposes.

10: The three different Teletronix models in the UAD bundle each have a different fixed time-constant relating to the optical cell used, with the Silver model being the fastest of the three, and the LA-2 being the slowest. 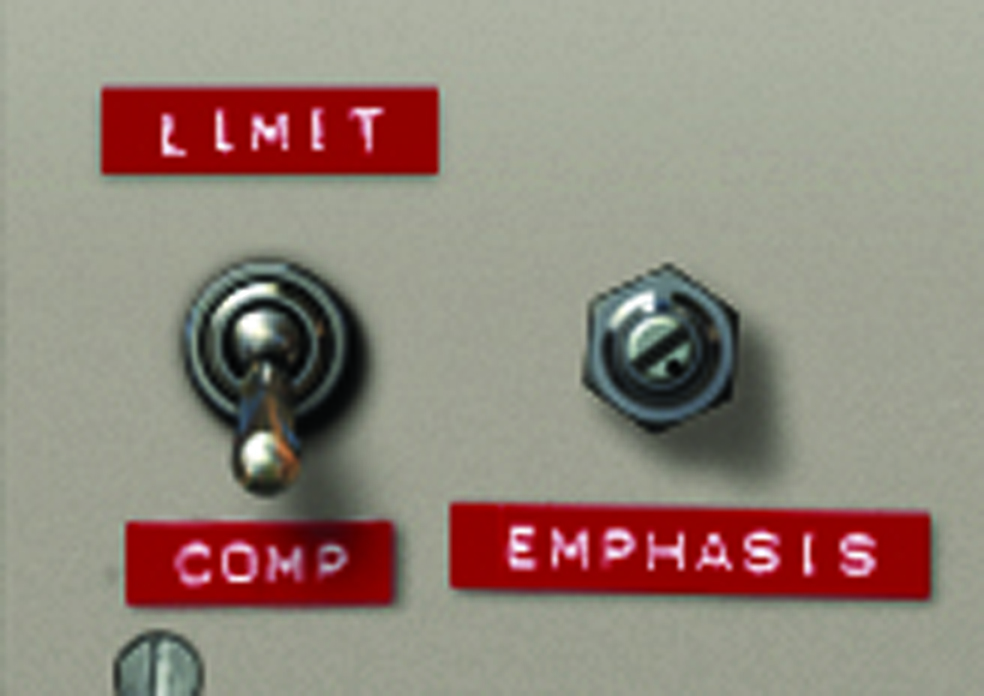 11: The compressor mode on the LA-2A is roughly a 3:1 ratio, which is fairly high for this task, but can be perfect for gluing some mixes together, even at very low Peak Reduction settings. 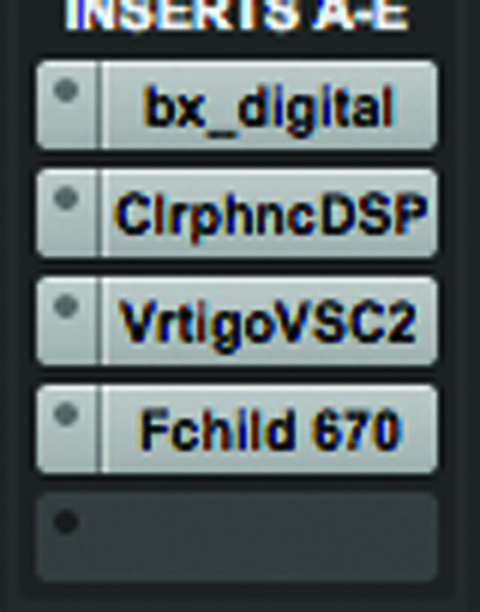 12: When working on a whole album, it can be useful to apply the same or similar mastering compressors across every track, to give a single unified tonality to all the mixes.