In the final part of our guide to making brilliant beats we’re showing you how to program house, grime and drum ‘n’ bass. Make sure to read part 1 and part 2. Programming 4 types of house music 1. House music has more strands than a woollen jumper, so we’ll cover four basic patterns here. […] 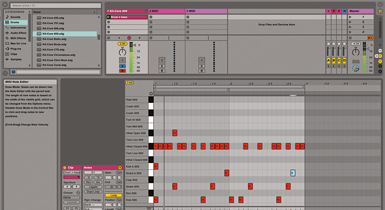 In the final part of our guide to making brilliant beats we’re showing you how to program house, grime and drum ‘n’ bass. Make sure to read part 1 and part 2. 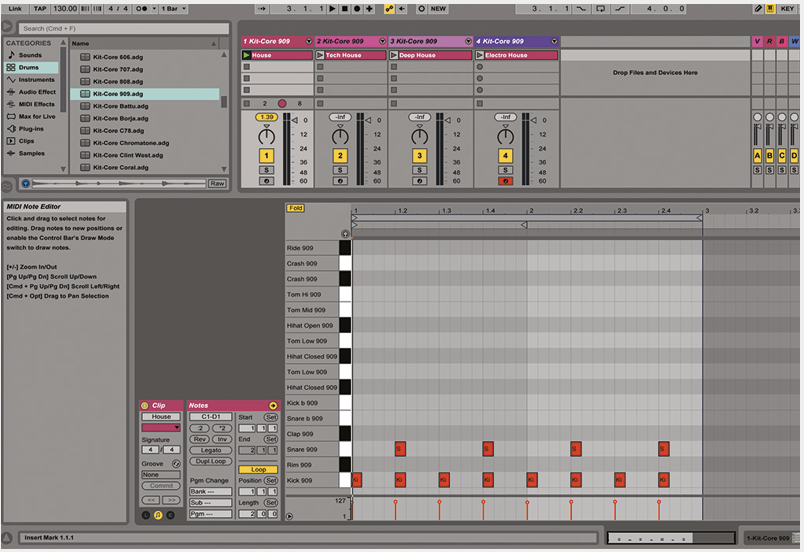 1. House music has more strands than a woollen jumper, so we’ll cover four basic patterns here. We start with the same trance beats – that is, a kick on every beat and a snare on every other. 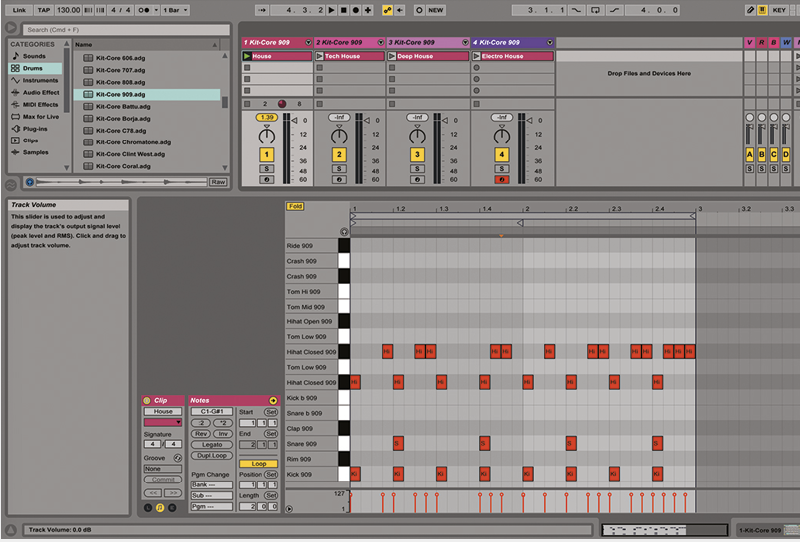 2. Add some closed hats to both the kick drums to give it more bite and a pattern of your choice around the kicks. And there you have a standard, easy house beat. 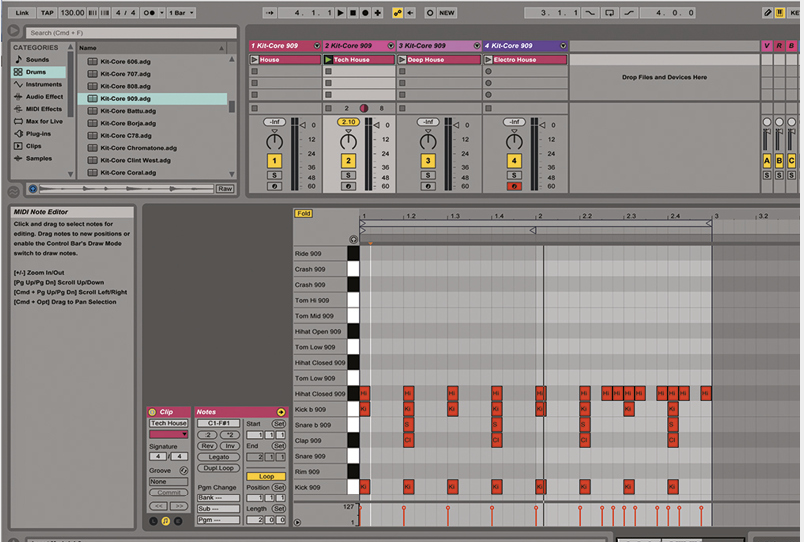 3. We’ll up the tempo from 120 to 130 BPM for our three variations. With tech house, it’s about getting a solid kick and snare and less clutter, so we’ve doubled two kicks and snares. 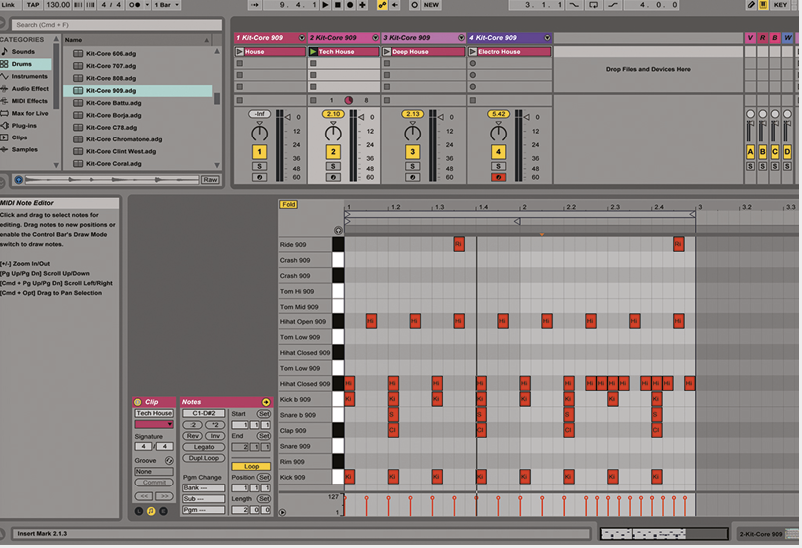 4. You can add additional open hats here and even a ride, but the idea is to keep it minimal and cutting, so go steady. With a lot of house, less is most definitely more. 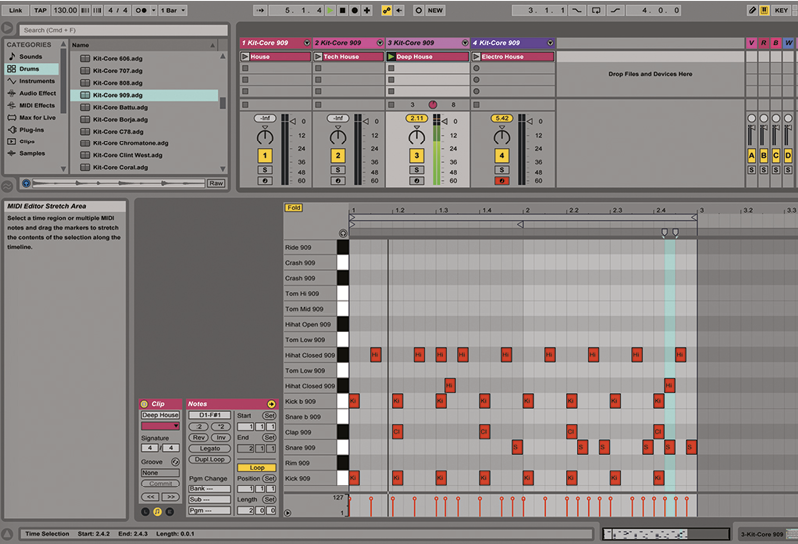 5. With deep house, again, it’s about the sound of the kicks and other beats, so strip it back but bringing in some subtle hats at the start and some shuffling snares at the end of the loop. 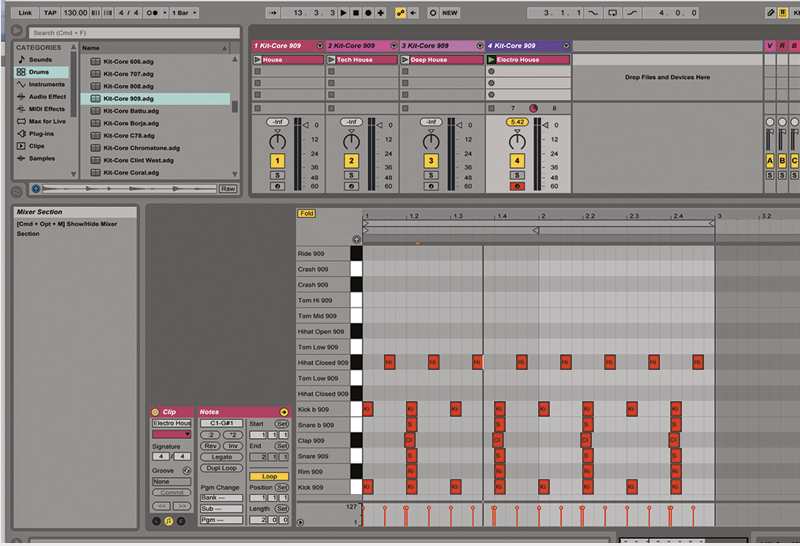 6. Finally, with electro house, we’ve pulled back the clap to be slightly ahead of the snare to make the sound a little dirtier and more in your face and added a rim sound for clout. 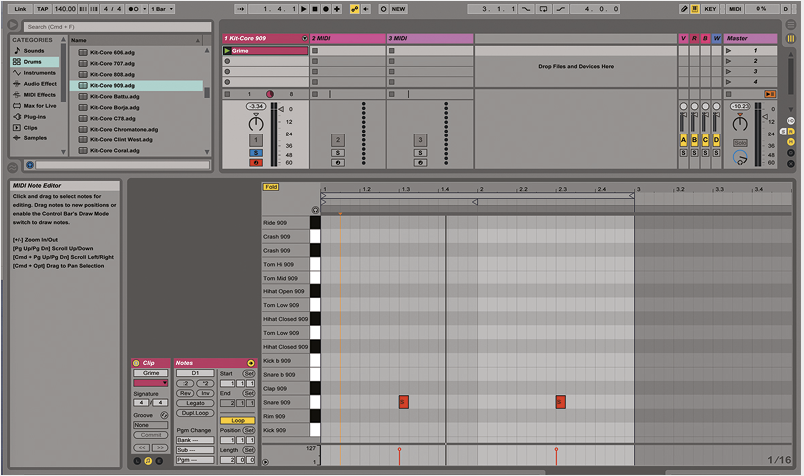 1. Grime starts out by being more about the gaps between the notes than those in there. We set the tempo at 140 BPM and add a snare on the third beat of each bar. Easy so far… 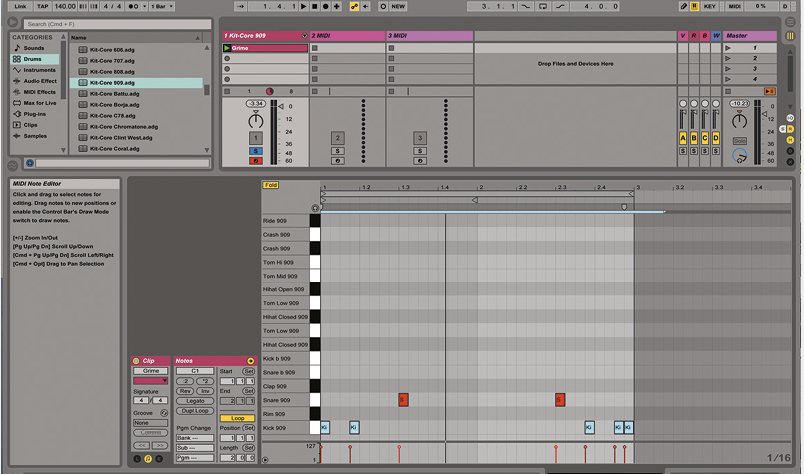 2. Now the kicks – and you can see what we mean about the space in between. The kicks almost introduce the first snare and then end the loop with nothing in between. 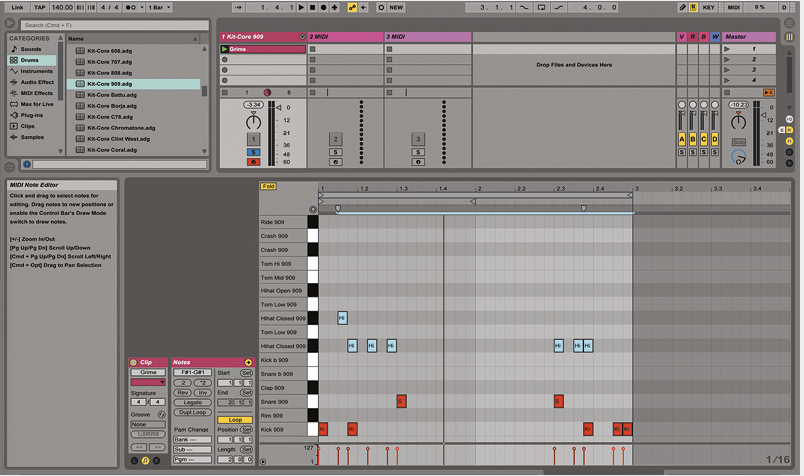 3. That’s not to say we’re not going to add more beats. You can again be brave. We’ve added some hats (naturally) and still left the gap in the middle as breathing space. 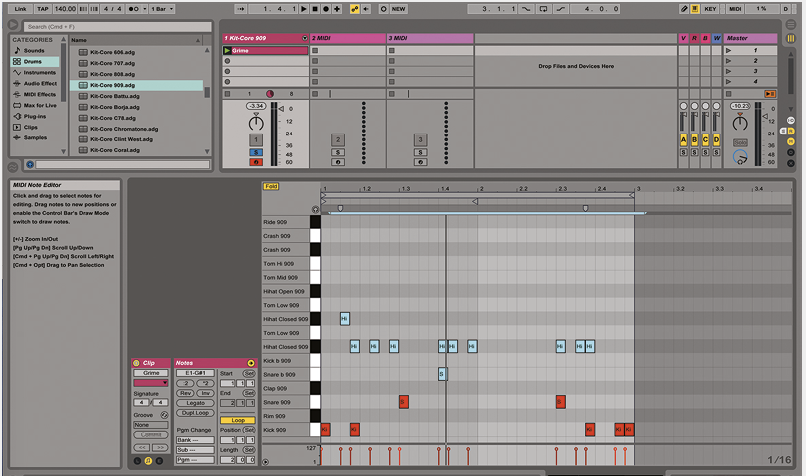 4. You might not be able to resist filling that gap, so only add the odd closed hat. Also consider adding a bit of swing if you can, as grime most definitely benefits from a subtle touch. 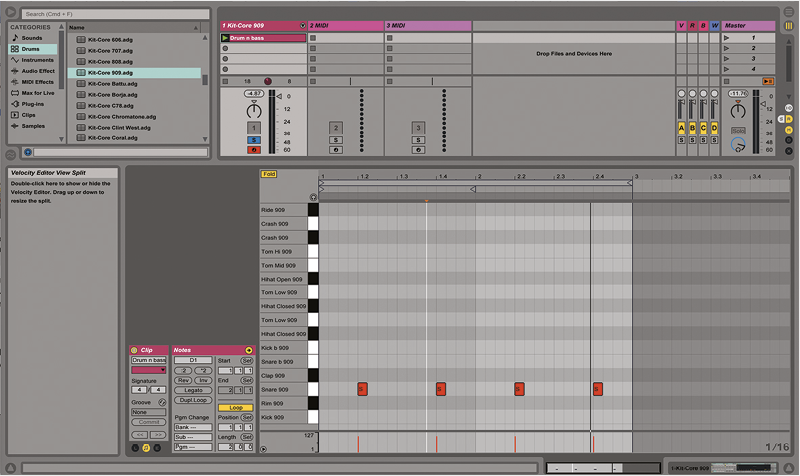 1. This genre is still popular after more than 25 years in action. The first thing is to set your tempo high. Ours is at 170. Place snares on the second and fourth beats of each bar. 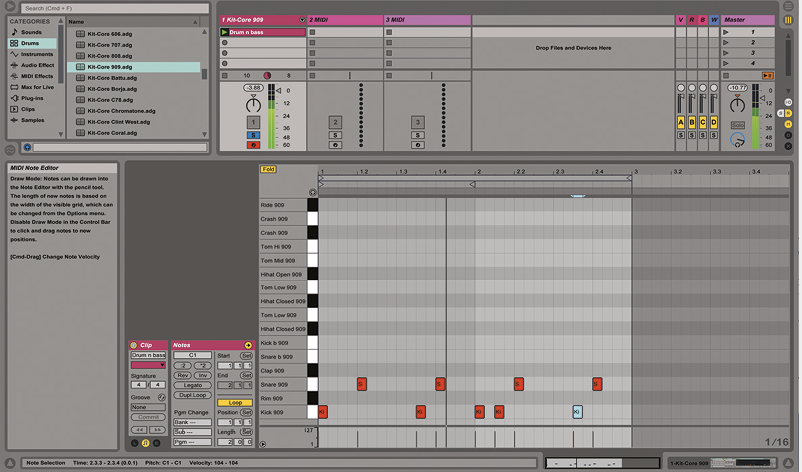 2. Now place a kick at the start of each bar and experiment with placing them elsewhere. The best and most traditional place for the second kick in a bar is halfway between beats 3 and 4. 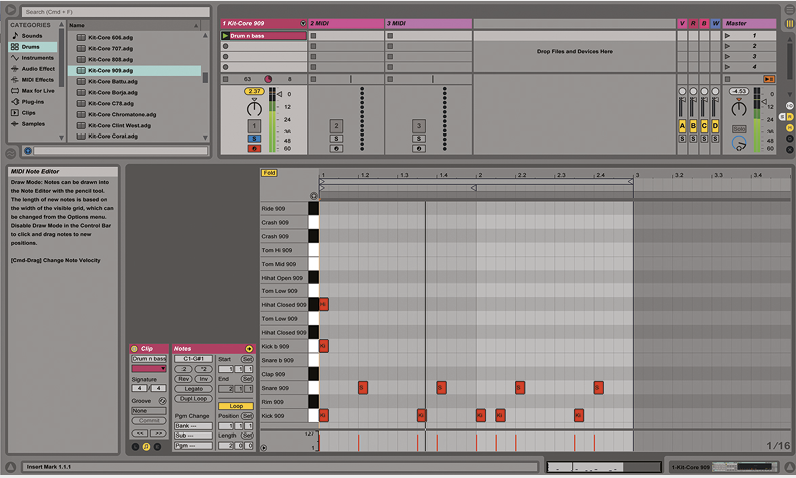 3. Again, you can go bonkers here and add whatever you like. We’ve added some extra clout on the first kick by way of an extra kick and closed hat to add emphasis to the start of the loops. 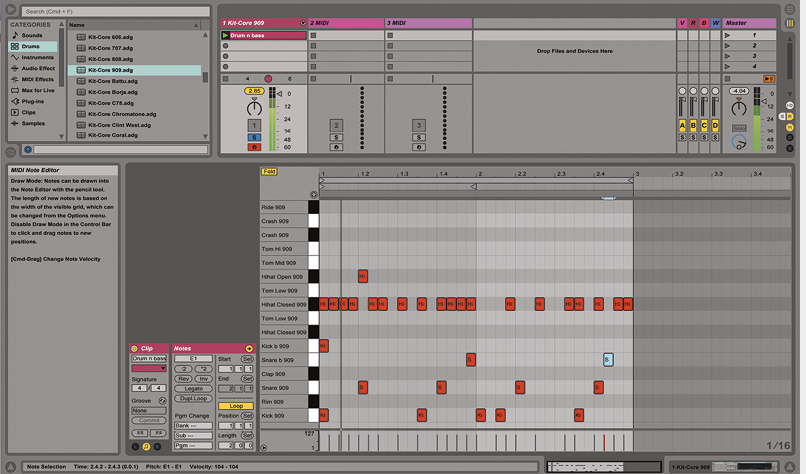 4. Finally, it’s those good old closed hats that add swing and sway to the loop and an urgency that is enhanced at this high tempo. We’ve also added a couple of offbeat snares to lift it.