Logic Pro X’s Vintage B3 faithfully captures the classic Hammond Organ sound, complete with drawbars. Mark Cousins unlocks its hidden depths in the first of a new series of tutorials on Logic… Logic Pro X’s Vintage B3 organ is arguably one of the most comprehensive Hammond emulations available, with a host of features and an […] 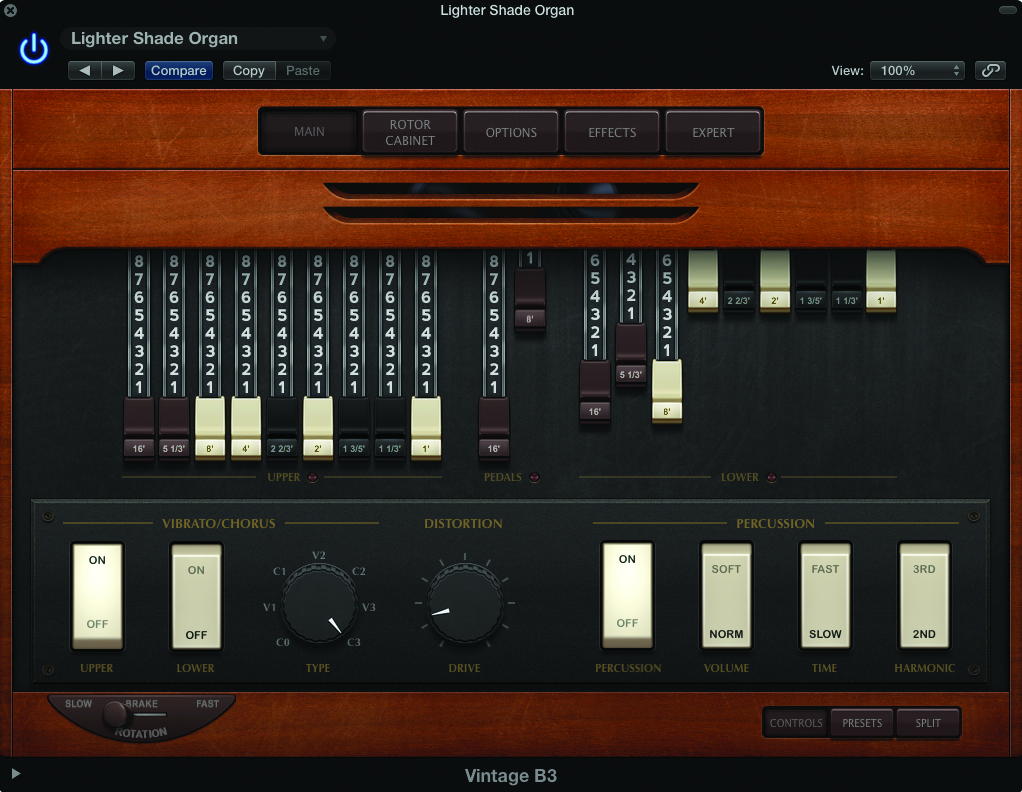 Logic Pro X’s Vintage B3 faithfully captures the classic Hammond Organ sound, complete with drawbars. Mark Cousins unlocks its hidden depths in the first of a new series of tutorials on Logic… 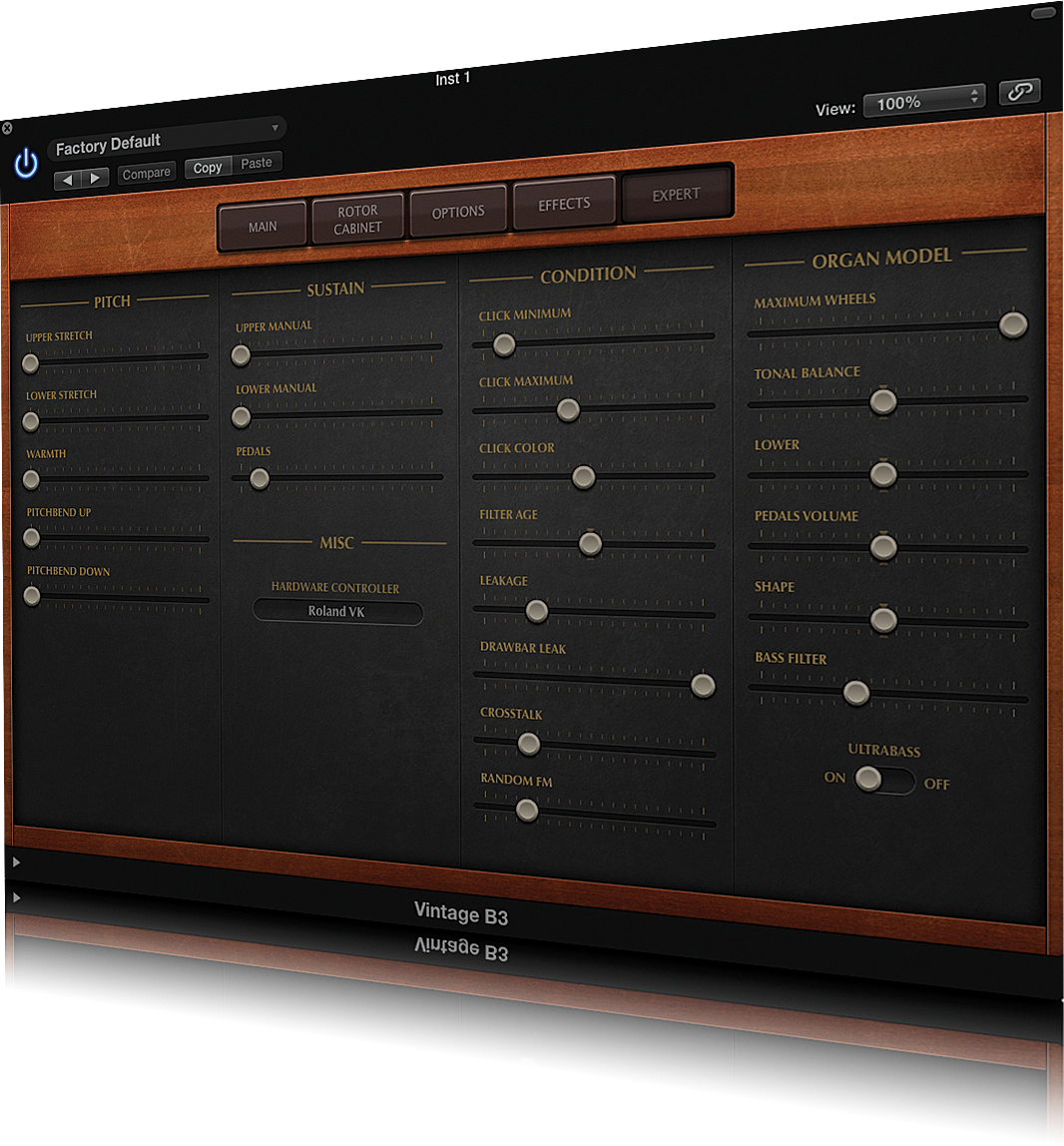 Logic Pro X’s Vintage B3 organ is arguably one of the most comprehensive Hammond emulations available, with a host of features and an incredibly authentic sound. Although immediate enough to use at first glance – especially thanks to the chunky re-designed interface introduced in Logic Pro X – the Vintage B3 takes some time to master. If you do though, you will have a wealth of sounds at your disposal – from cheeky retro organ sounds, to wall-of-sound Hammond chords that could fill Wembley stadium.

To sound of the Hammond organ, and thus Logic Pro X’s Vintage B3, is defined by the principle of drawbars. In effect, the Hammond works as a form of primitive additive synthesizer, whereby a keyboard player can mix together a number of different harmonics to create a composite sound.

The harmonics are represented by a series of drawbars, each working at a different pitch. By pulling the drawbars out to you, you can shape the sound – using just a few drawbars to create a relatively pure sound, or ‘pulling out all the stops’ to hear the distinctive wail at full tilt.

The best way to understand the Vintage B3 is to appreciate the sound of each drawbar, which is handily colour coded between even and odd-ordered harmonics, on white and black drawbars respectively, as well as two subharmonics indicated in brown.

It’s well worth a look on the Internet to find some Hammond enthusiast sites, which will often list classic Hammond sounds in numeric form – like 88 8200 000. Rather than being a phone number, the numbers refer to the drawbar positions, so the aforementioned 88 8200 000 would indicate that the first 3 drawbars are pulled out to 8, and the 4th to 2.

Find the Manual
One factor that might confuse a newcomer to the Vintage B3 is the concept of Manuals. Rather than having a single keyboard, the original Hammond has two separate keyboards (known as manuals) as well as a series of bass pedals that effectively forms the third manual.

Each manual has its own set of drawbars (hence the Main page on the Vintage B3 having a separate set of drawbars for the Upper, Lower and Pedals manuals respectively) allowing the player to build a performance from a number of different timbres. The left-hand, for example, could play chords on the lower manual using a relatively simple sound while the right-hand solo’d using an ‘all-stops-out’ patch.

Obviously, if you’re after a truly authentic Hammond performance you’ll need to work between all three manuals, which can be difficult as most of us just use a single MIDI keyboard. The Vintage B3 offers two solutions to this problem. Firstly, you can choose to run the plug-in in Split mode, whereby the manuals are divided across the full range of keyboard. If you’re particularly ambidextrous and have 88 notes to play with, Split is a viable solution. 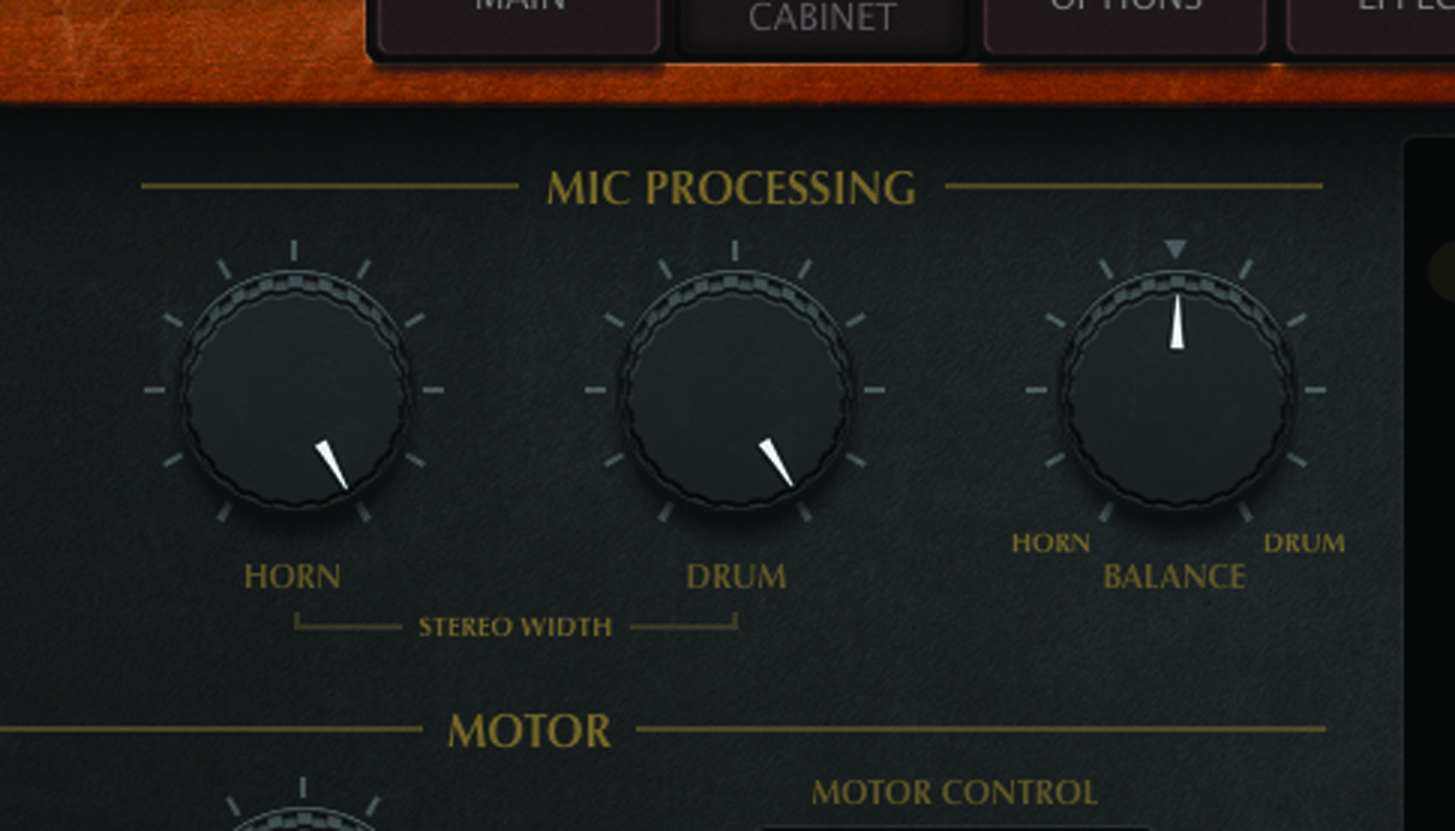 Organ Donor
Beyond the drawbars, there’re plenty of other ways to tweak the sound of the Vintage B3. The original Hammond came with its own Vibrato and Chorus effect, replicated with the two rocker switches on the Vintage B3’s Main page. There’s also the much-loved percussion effect, which added a small 2nd or 3rd harmonic ‘plonk’ at the start of a note. The percussion effect sounds great on solo Hammond lines, as well as being the key ingredient of the quintessential House Organ Bass where the use of the 3rd harmonic creates a form of parallel harmonic motion.

The final essential ingredient is, of course, the Leslie speaker, originally built as an optional add-on for Hammond players in the 50s and 60s. Indeed, if you’re interested in recreating a retro Vox Continental-like organ sound, it’s well worth exploring the Vintage B3 with the Leslie speaker in its Off position.

Without the Leslie, the Vintage B3 sounds cheaper, and distinctly less Hammond-like, although you can still run it through one of the amp choices in Amp Designer if you want a touch of speaker colouration.

When you do engage the Leslie speaker, the Vintage B3 takes on that classic ‘swirling’ tone, mimicking the acoustic effect of a Leslie speaker being spun around continuously. At the bottom of the interface you’ll also find the distinctive switch that moves between a Slow and Fast rotation speed.

The Leslie speaker works best when moved between Slow and Fast speed settings, especially thanks to the inertia effect as it moves between the two speeds. If you want to control this dynamically, switch the MIDI mapping to Native Instrument B4D (under the Expert Tab) so that the Mod Wheel can control the Leslie speaker.

Like any instrument, the Vintage B3 is a musical tool that deserves to be played. However, rather than just flicking between the presets included in Logic, get your hands on the drawbars and start to experience the unique range of tones and qualities that can be extracted from the instrument.

Once you appreciate the sound of each drawbar (and how they can work together) you’ll start to see why so many keyboard players regard the Hammond as such a versatile and expressive instrument. The Vintage B3, therefore, is a marvellous tribute to the design of the original instrument, and a great way for the sound of the Hammond to continue its contribution to music making.

Focus On – Becoming an Expert

The host of options included on the Vintage B3’s Expert page can appear daunting, but it’s well worth exploring some of the more useful parameters. Arguably the most valuable section relates to the Condition of the organ, as for many, the classic sound of a B3 organ isn’t exactly an instrument in tip-top condition.

Given its electromagnetic inconsistencies, one key characteristic of older B3s is leakage between the drawbars, which created a unique form of high-pitched ‘whine’. Try adjusting Drawbar Leak to hear this in action, as well as modifying the Click parameter to emulate the odd dusty keyboard contact.