Logic Pro X Tutorial – Using the Envelope As An Effect

In this part of the Logic Pro X creative synthesis series we use the envelope as an effect 1: We’re going to take some of the principles picked up opposite and get really dramatic now. Again we’re livening up another of Retro Synth’s weaker sounds, this time called Bright Cycle. 2: Again, use the oscillator […] 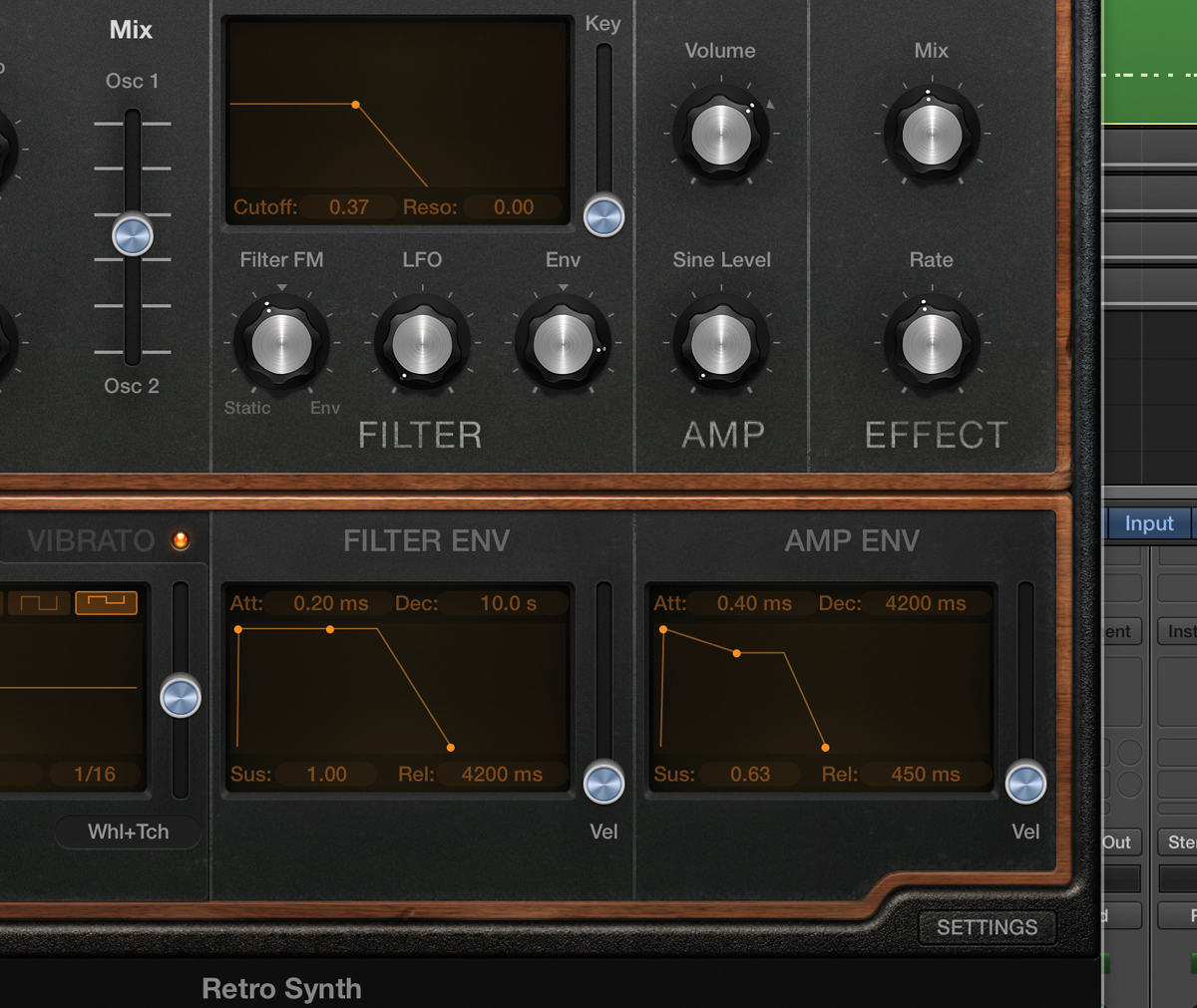 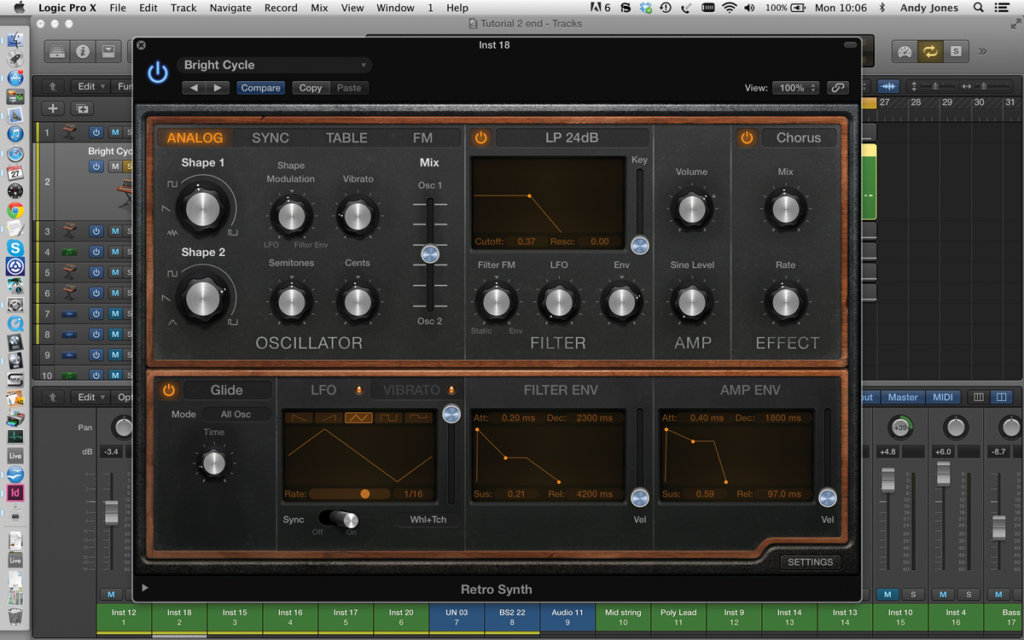 1: We’re going to take some of the principles picked up opposite and get really dramatic now. Again we’re livening up another of Retro Synth’s weaker sounds, this time called Bright Cycle. 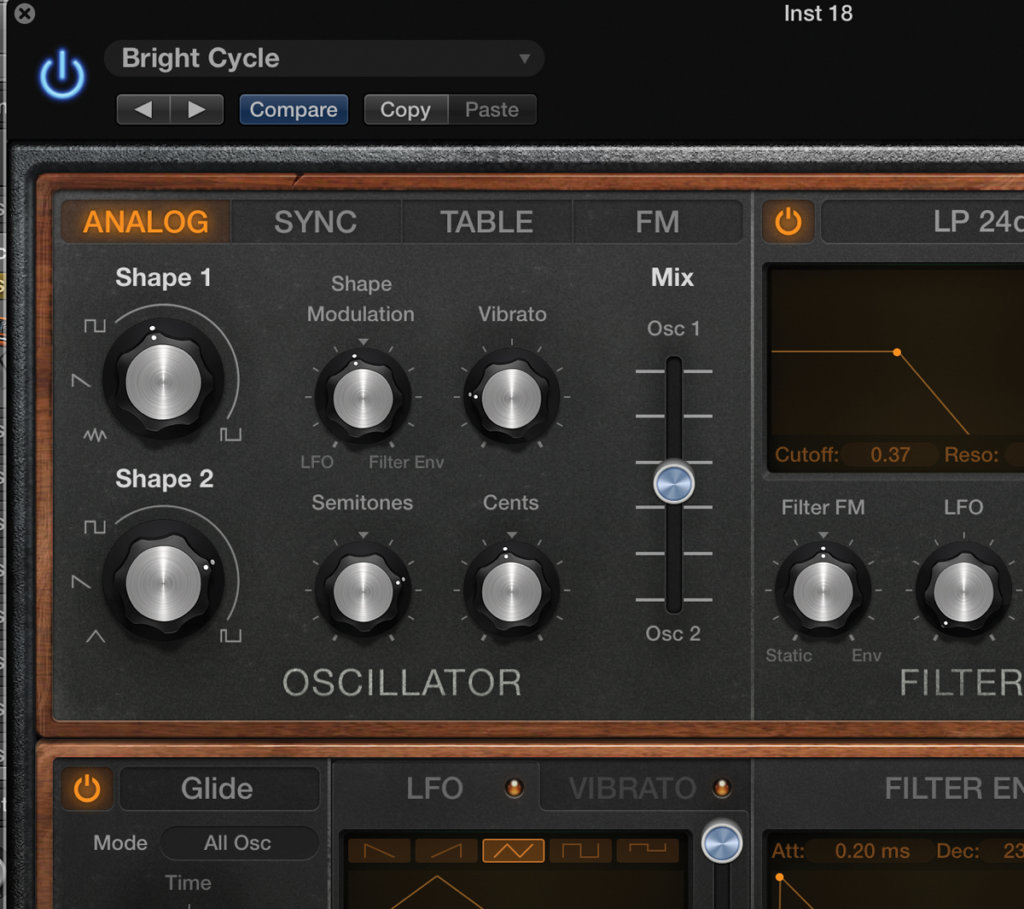 2: Again, use the oscillator tuning method to add a bit of breadth but this time only tune up by 12 semi tones. You can go as low as one if you want the sound to be a little more wonky. 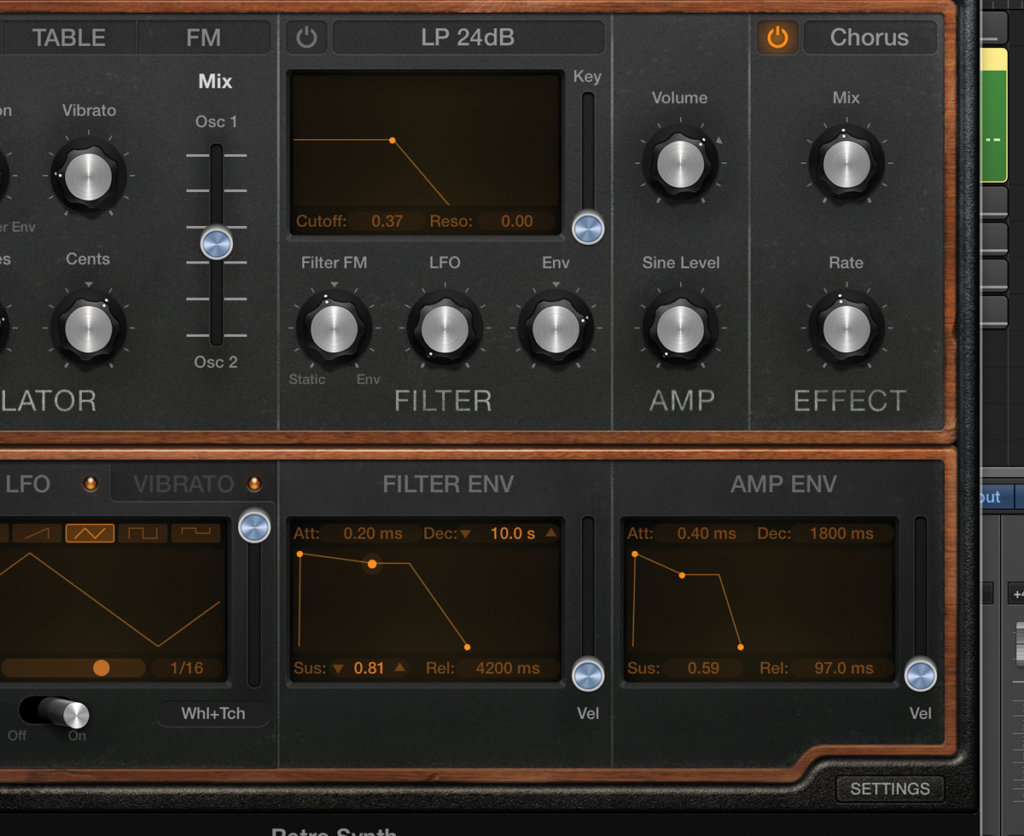 3: We’re not dramatically changing the filter Resonance and Cutoff like last time. Instead play with the filter envelope to introduce a little rasping and nudge the Filter FM dial slightly to the left 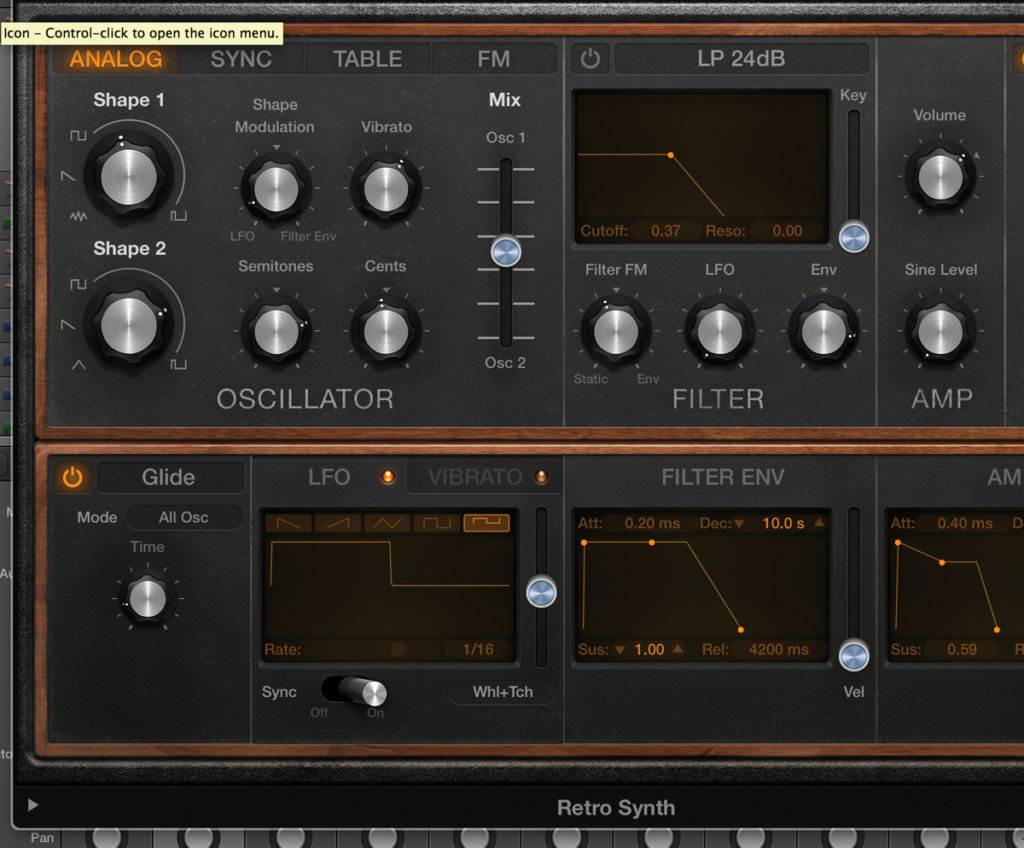 4: We’re wheeling out the big guns here now by bringing the LFO into the fray for the first time. Dial the Shape Modulation rotary to the left and Vibrato dial right for some subtle wobbling. 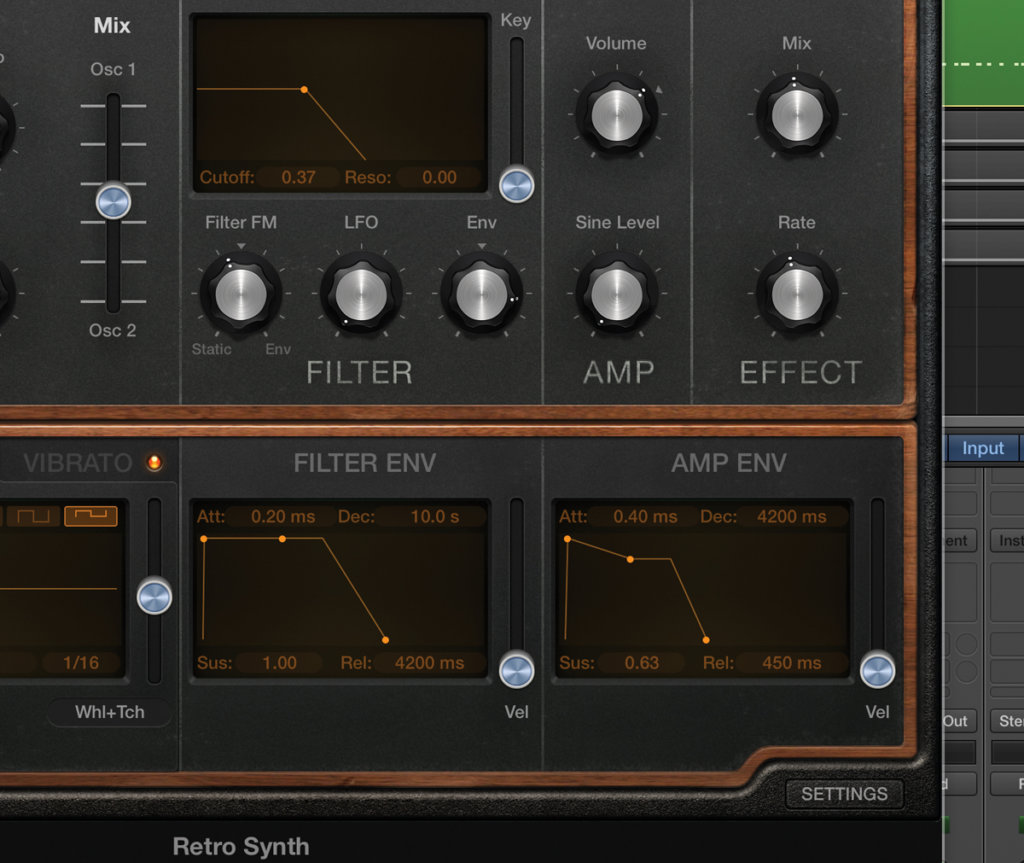 5: Now the real drama. Increase the Release time of the Amp Envelope to 0.45 and, as in the last tutorial, you get a dramatic change in the sound, but this time it sounds more affected like you have added a reverb or short delay and is great for adding character. 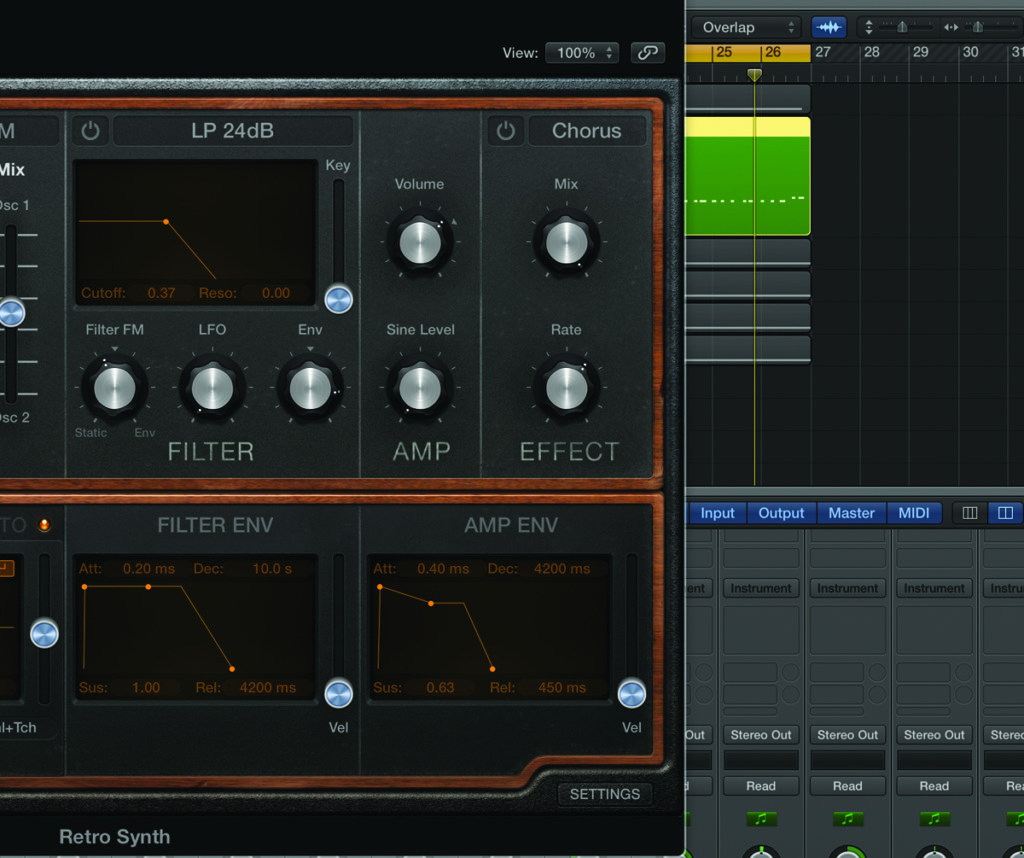 6: In this way we’ve used the on board parameters to add an effect to the sound, especially useful if none are available. As Retro Synth has some on board, though, we might as well bring them so here’s some very unsubtle Chorus.