Combining Logic’s Piano Roll editor and the ES2 is the way to create some powerful step sequencer synth lines. Mark Cousins steps up in this Logic Tutorial     Long before the advent of the MIDI sequencer, the only way to create ‘sequenced’ electronic music was to use a CV (Control Voltage) step sequencer. These […] 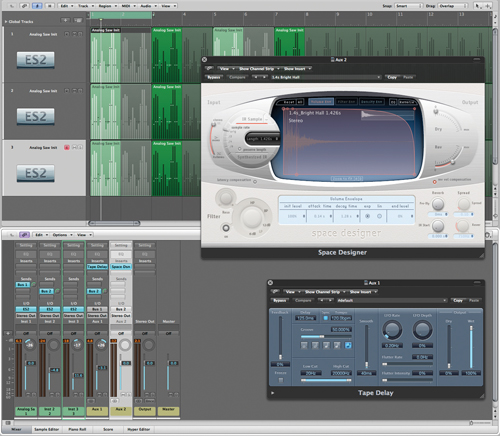 Combining Logic’s Piano Roll editor and the ES2 is the way to create some powerful step sequencer synth lines. Mark Cousins steps up in this Logic Tutorial

Long before the advent of the MIDI sequencer, the only way to create ‘sequenced’ electronic music was to use a CV (Control Voltage) step sequencer.

These primitive sequencers powered many early electronic music masterpieces, including Donna Summer’s I Feel Love, Jean Michel Jarre’s Équinoxe and most of Tangerine Dream’s back catalogue. Although Logic doesn’t actually have a dedicated step sequencer (unlike Reason, which boasts the excellent Matrix pattern sequencer), it is possible to create step sequencer effects of almost Moog-like proportions, especially once you combine some strategic Piano Roll editing alongside Logic’s powerful ES2 synthesizer.

Starting with the basics of sequencing, therefore, and going on to the intricacies of editing the ES2’s fully featured modulation matrix, we’re going to explore the ways and means of re-creating those classic 70s synth lines using only the features and functions in Logic. Ideally, this Workshop will form a creative springboard for your own exploration and development of the techniques outlined, demonstrating how sequencing and synthesis can work together in a dynamic and intertwined way.

To start our step sequencer synth line we need to create a basic sequence combined with an initialised ES2 patch. The first track in our project includes a rudimentary ES2 patch derived from a few tweaks to the Analog Saw Init preset. The sound uses three oscillators: two sawtooths marginally detuned against one another, and a square wave an octave below. The ES2 is also set to Legato mode, so that it plays monophonically, just like an early modular synth. Looking at the sequence being used to trigger the ES2 we can see a collection of 1/16th notes, each note set to a 1/32nd duration. 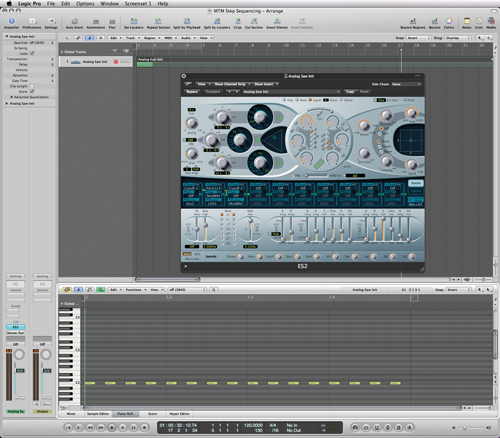 The basic principles of a step sequencer is that each step is given its own set of control voltages that define properties such as pitch, filter cutoff and note length. The sequencer fires through these voltages in order, producing the characteristic ‘chugging synthesizer’ effect. Our first step, therefore, is to vary some of the pitch settings, as well as adjusting some of the note durations. Try using some sporadic 1/64 durations, therefore, as well as creating a glide effect between two notes by overlapping two adjacent notes in sequence. In this case, the ES2’s Glide parameter comes into play as a means of defining the timing of the drift, with settings of 70ms arguably delivering the best results.

As well as selectively adapting the duration and pitch of the notes, it’s also worth looking at the use of velocity as a means of controlling filter cutoff. We’ll deal with the intricacies of configuring this on the ES2 in a moment, but for now, let’s consider how we can vary the velocity levels.

One option is to adjust each level by hand, which is particularly useful if you want to create a specific form of movement or effect, such as an accent on 8th notes, for example, or a gradual rise through the bar. Alternatively, use the Piano Roll’s local menu option Functions>Transform>Random Velocity to create a completely random sequence. 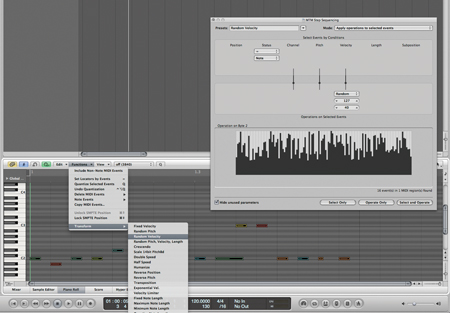 While we’re at it, let’s add another ‘control voltage’ lane, this time setting in some 1/16th modulation-wheel movement using the Hyper Editor. The Hyper Editor is useful in that we can draw stepped control voltages, which can then be mapped to any number of parameters to create a truly complex step sequencer movement. 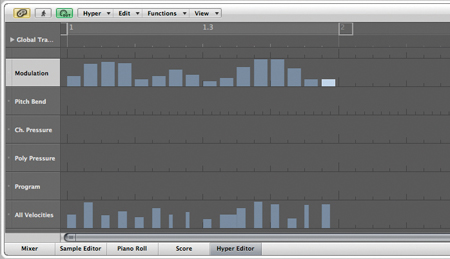