The process of making this futuristic-sounding genre continues as Liam O’Mullane moves on from drums, percussion and groove to look at creating and developing song sections…  Although techno is a genre that was invented by humans controlling machines, last month we explored how important the ‘human element’ of groove can be when programming electronic drums […] 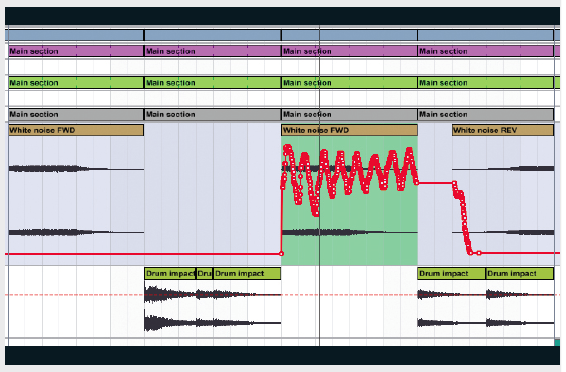 The process of making this futuristic-sounding genre continues as Liam O’Mullane moves on from drums, percussion and groove to look at creating and developing song sections… 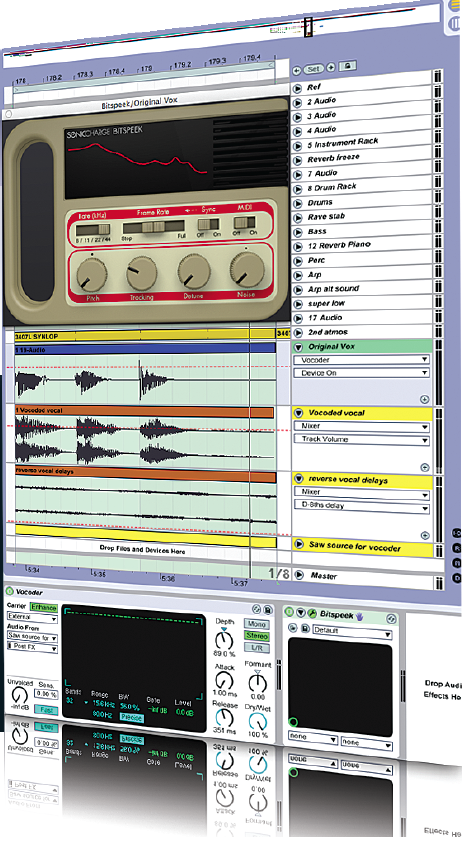 Although techno is a genre that was invented by humans controlling machines, last month we explored how important the ‘human element’ of groove can be when programming electronic drums and percussion. Other sound-design techniques were covered as well, but in this second instalment we’re looking at layering sounds to create various song sections. All of this is leading towards the next part in this series, when we’ll look at arrangement editing before we finalise everything with a mixdown.

The melodic elements created in the following two walkthroughs consist of arps, bass lines and atmospheres. While these are melody-based, don’t forget the importance of creating some discord within your song. Breaking away from the often pitch-perfect western scale is important for creating a sense of depth and darkness. Luckily, this isn’t too difficult to achieve if you use the following simple-yet-effective techniques.

Melodies can have a looser sense of pitch if you use glide or portamento settings on your synthesizers or samplers. A longer glide time means that shorter notes within a busy rhythmic pattern will not quite meet their intended pitch; if short enough, they will merely move towards the note like a string being bent on a guitar. This creates a sense of tension and can be utilised on elements such as our 303 acid bass line and arpeggiated melodies.

If you have multiple instruments in your track, try offsetting their tuning from each other. Most synths and samplers have a master tune control that can be tuned by cents to make them slightly sharp or flat in relation to the rest of the song’s global tuning. Again, this will help to create a sense of ‘edge’.

If you explore the techniques covered here along with the detuning techniques for sound-design discussed previously, you should have the skills to create some very dark-sounding techno. When this is bundled with the song-section construction techniques we’re about to cover, you should be in a position to finalise and edit an arrangement by the next instalment. So, let’s look at some more techniques to help move your techno track further forwards in its creation. 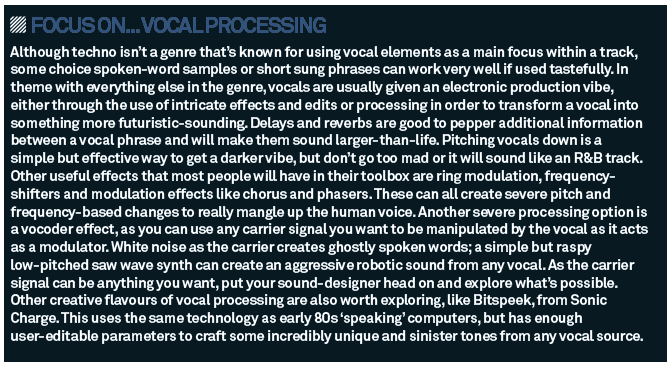 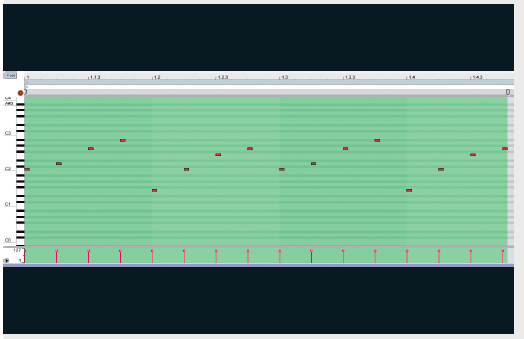 1: Our Initial idea is quite minimalist – a kick, clap, hi-hat, bass and off-beat percussive sound. This serves to establish a groove that we can build on with a monotonous bass line that has only two notes. For the first layer, we’ve experimented with additional melodic content. This is a good time to use step-sequencing, adding one note of an arpeggiated piece at a time to slowly build up your idea. 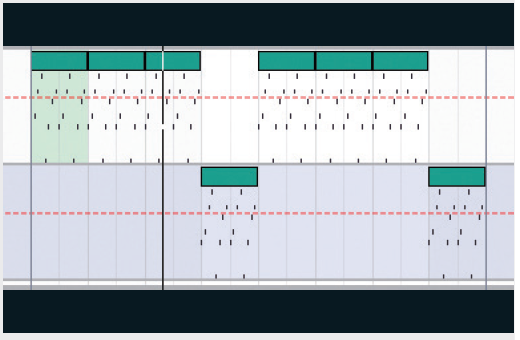 2: Next we’ve chosen to explore some other potential sounds while our arp pattern runs in the background. A Juno bass and 303 acid sound work really well, so for contrast we’re using both (the same pattern but using one for a call and the other for an answer). Both sounds lend themselves well to filter cutoff automation, so this gives us a simple way to create sonic variation over time. 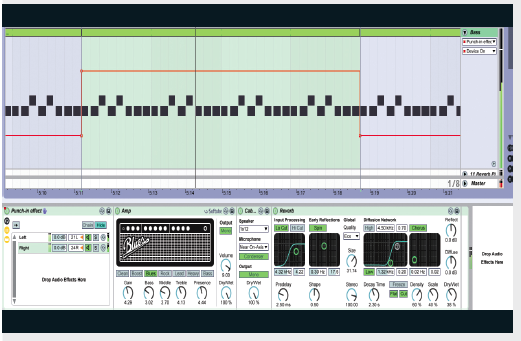 3: Now one section is in place, its time to work on alternate sections. As the main section is quite minimal, we’ll contrast it by passing the same bass line through a guitar amp/cab simulator. This thickens the midrange with additional harmonics while also removing the low end for a sense of lift. We’ve also created stereo contrast by processing the left/right channels to differ from the normally mono bass sound. 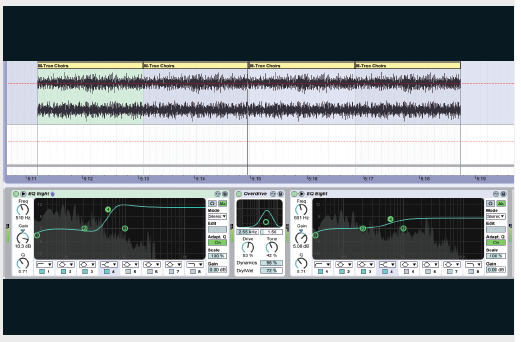 4: We’ll create another breakdown with even more sonic density to give us more options when it comes to arranging. An atmospheric tone to serve as a backdrop will provide a full-frequency fill and create a darker mood; exploring extreme down-pitching of samples is good for creating low, sci-fi-like rumbles. Add distortion to create new higher harmonics as you’ll lose them when severely pitching things down. 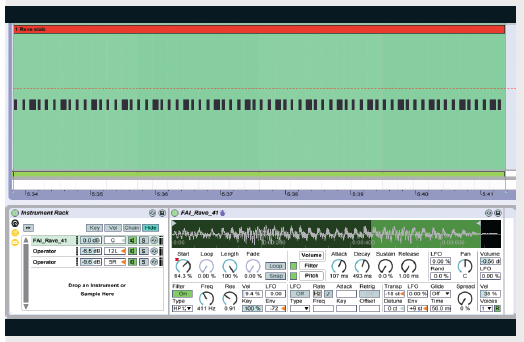 5: As an alternate version of our high bass layers from Step 2, we’ll go for a new layer to replace them with a different sonic characteristic and rhythm. This allows us to place them in the arrangement as we deem fit based on the energy levels needed. This sound ended up being a classic rave stab that was filtered using an envelope-modulated high-pass filter. 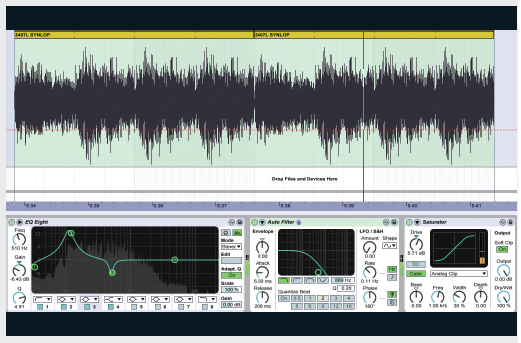 6: We have enough high-energy sections now, so this is a stripped-down idea for a break before the main drop. It’s just a kick, some new atmosphere sounds for contrast and a vocal sample we’ve created using the techniques discussed on the Focus On… box. The atmosphere is musical this time and plays in a different key from every other section, so it helps the track to move from one key to another. 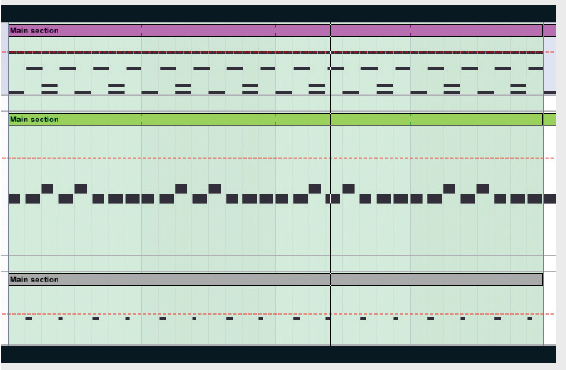 1: Like most electronic genres, it’s common to begin the techno writing process with a main section. This allows you to establish a hook and production sound, which you can then work backwards from to extend into an intro. This usually involves stripping elements from the main section so there’s less energy in the intro. Snippets of sound from the main sections act as a teaser to the listener here.

2: After deciding on your first main section, find some special FX layers that work for adding variety over a 16-32 bar section. This can include an impact sound for the beginning, like a large-sounding crash, a white noise sweep, or a drum sound passed through a long reverb. By printing these to audio and reversing/re-pitching them you can create various lead-in/lead-out sounds for each section. 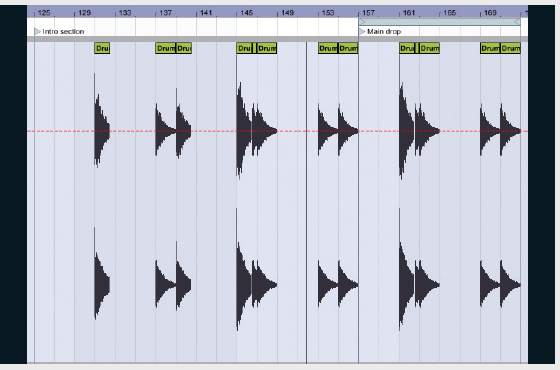 3: Once you’ve applied the last technique of a few sections you’ll have sounds to use as teasers in your intro. These sounds can be programmed in a less busy manner as one way to hold back from their use in the main section, or can be made to sound less exciting through subtractive effects like a filter. It’s all about figuring out different ways of holding back what’s to come. 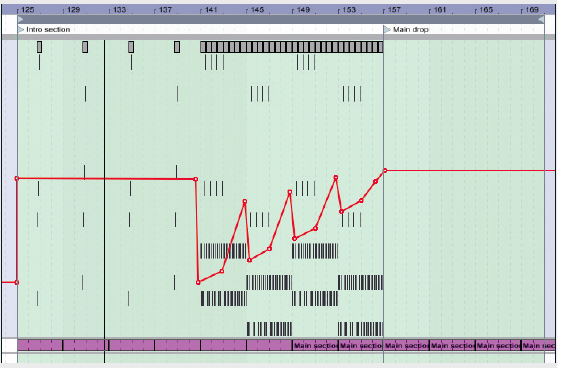 4: As you lay out the drums/other sounds for your intro, you may find a need for more melodically driven sounds. This is fine as long as you keep referencing your main drop to ensure you’re not stealing its thunder. Time locators can be useful for this so you can jump from one section to another. Here we’ve gone from adding a small two-beat arp line to it being repeated and edited to build up to the first breakdown. 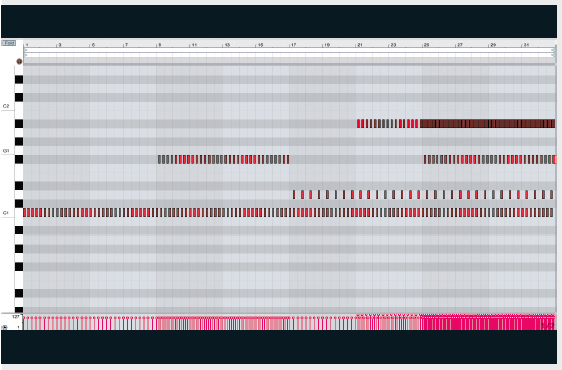 5: Controlling and withholding drum energy can be an important factor for your intro’s progression. This can be a simple matter of borrowing rhythmic parts from other sections and stripping them back if needed. As before, keep referencing the main sections to make sure they’re not prematurely raising the energy in the track. 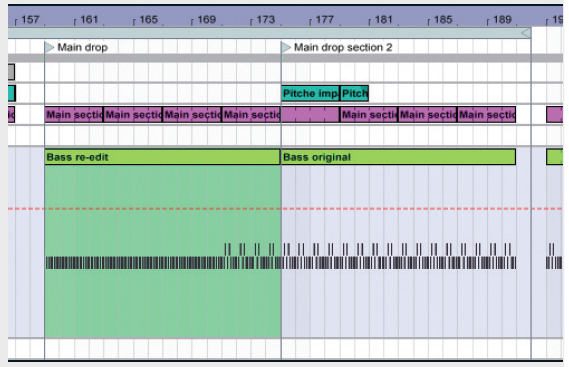 6: You’re building the intro as a means to arrive at the already established destination of your main section, but ideas you have for the intro can often indicate a better direction for your main section to go in. After we’ve worked on our intro it sounds like too severe a switch when the melody of the main drop begins, so we’ve re-edited the first play of the drop to play down the melodic aspect even more.