Using the latest software and effects to make creative beats

As part of our Future Effects feature, Alex Holmes shows us how to use various plug-ins to make creative beats… 1. Let’s get creative with some beats and plug-ins. First up, we’ll load in a live drum performance stem, then chop out a 2-bar portion and convert it to a new audio file. We can […]

As part of our Future Effects feature, Alex Holmes shows us how to use various plug-ins to make creative beats… 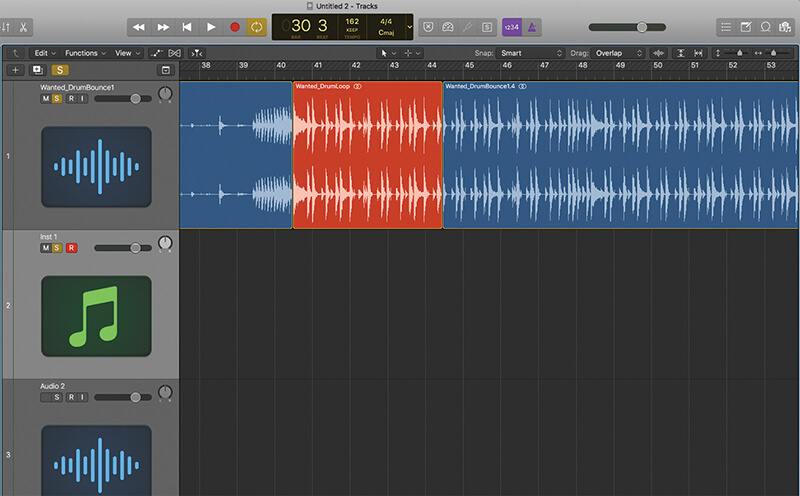 1. Let’s get creative with some beats and plug-ins. First up, we’ll load in a live drum performance stem, then chop out a 2-bar portion and convert it to a new audio file. We can import this loop into an instance of Accusonus’ Regroover to extract some separate drum sounds. 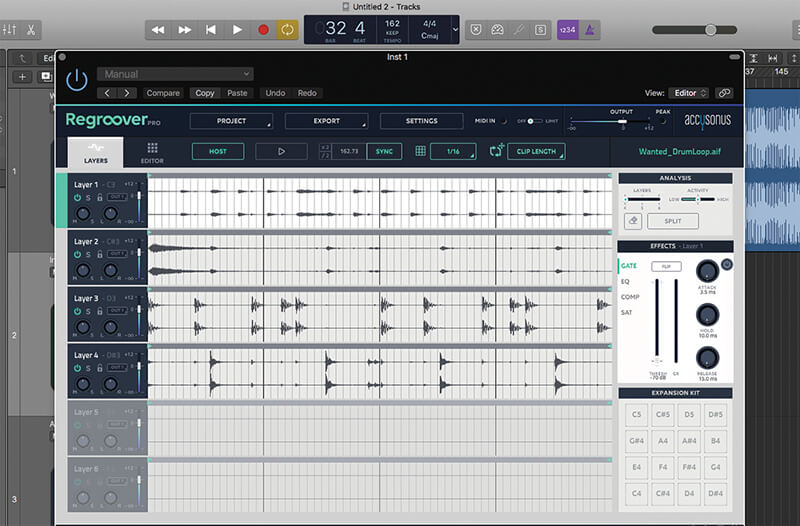 2. Regroover will automatically analyse and split the loop into four layers. This seems to do a decent job of dividing the hats, cymbals, kicks and snares, although you can experiment with the four, five or six layers in the Analysis section to see what works best with the material. 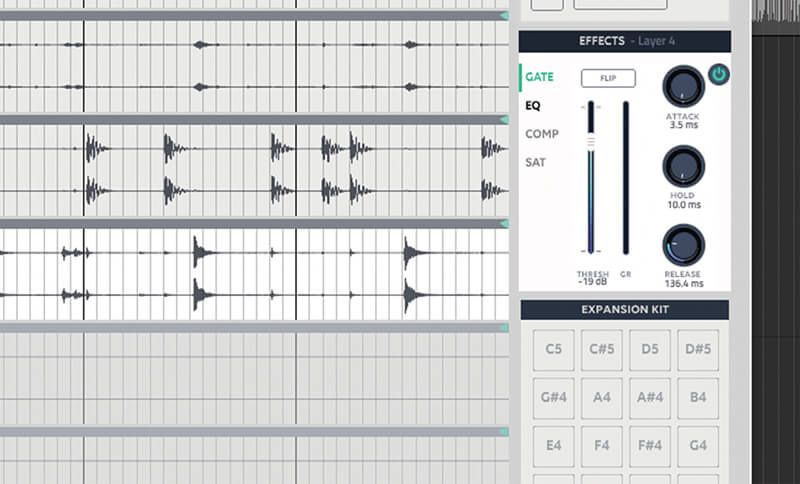 3. We’ll now mute the cymbal and hats so we’ve just working with the kick and snare. We’ve applied the built-in Gate to the snare track and have brightened it up a little with EQ, then exported the kick and snare layers as a new WAV file. 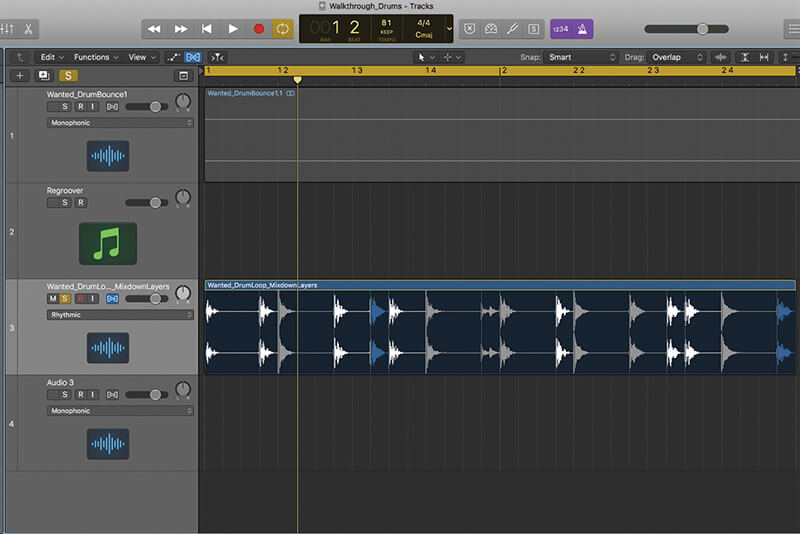 4. Having the tight kick and snare separated means we can re-import the loop and use Logic’s Flex function to tighten up the timing. The Rhythmic algorithm is often the best choice for beats, although Slicing can also work well if the hits are quite separated. 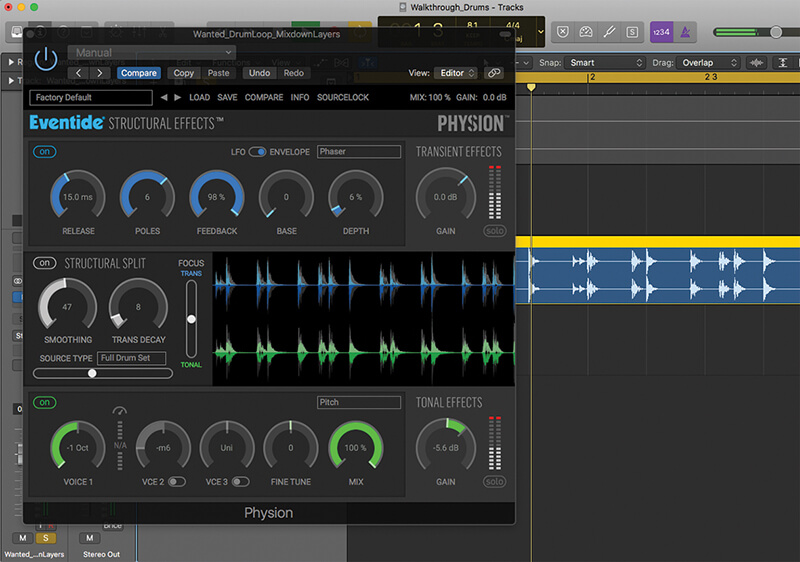 5. Next we’ll add Eventide’s Physion to warp our beat in to something more interesting. We can separate out the hits and add a Phaser with high feedback to the transients, whilst pitching the sustained, tonal parts down an octave for a crunchy lo-fi effect. 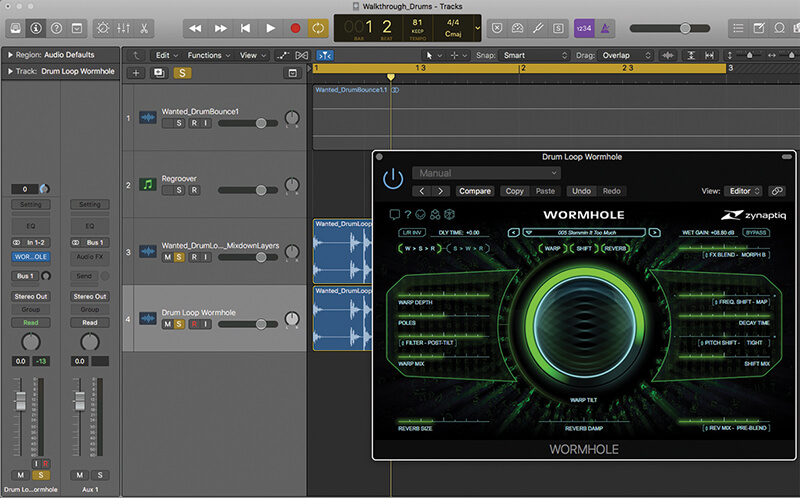 6.  Let’s create some more weirdness by copying the clean drum loop to a new track and adding an instance of Zynaptiq’s Wormhole effect. Using a combination of the Warp, Shift and Reverb processes, we can add a rasping, filtered and gated reverb style effect. 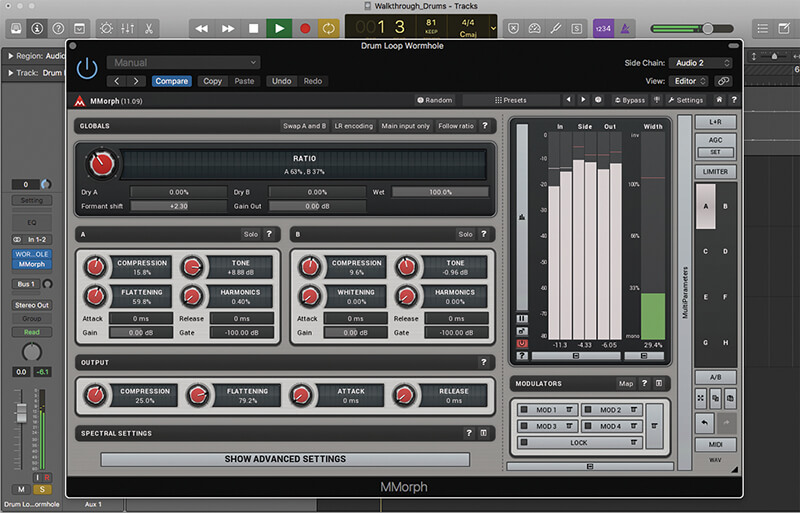 7. Now comes the fun bit. We can add MeldaProduction’s MMorph plug-in to the second beat and send the first beat to it’s sidechain. It takes trial and error with the settings, but we can get some amazing sounds by spectrally morphing between the tighter Physion track and heavier Wormhole beat. 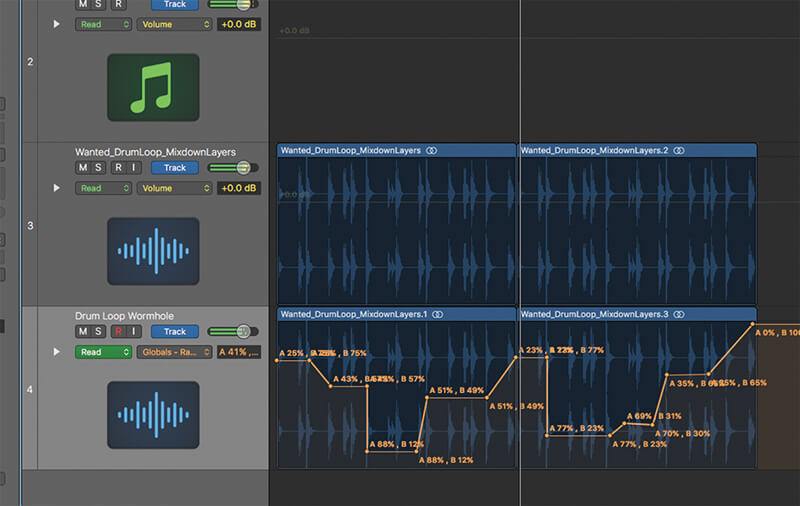 8. As a final touch, we can add some automation to the Morph dial to get a combination of sounds that change abruptly on the snare hits, then slide up and down to create movement. If needs be, you could also tweak the Wet/Dry dials to blend in some of the original drums.