It’s a Eurorack Filter Bonanza in this Modular Synth Tutorial

In part two of his Eurorack filter bonanza, Dave Gale moves on from the pioneers to discover further sonic delights… Last time, we took a long healthy look at Moog, the company that really kickstarted the idea of subtractive synthesis, which for most is the staple of their Eurorack world. We continue our exploration by […] 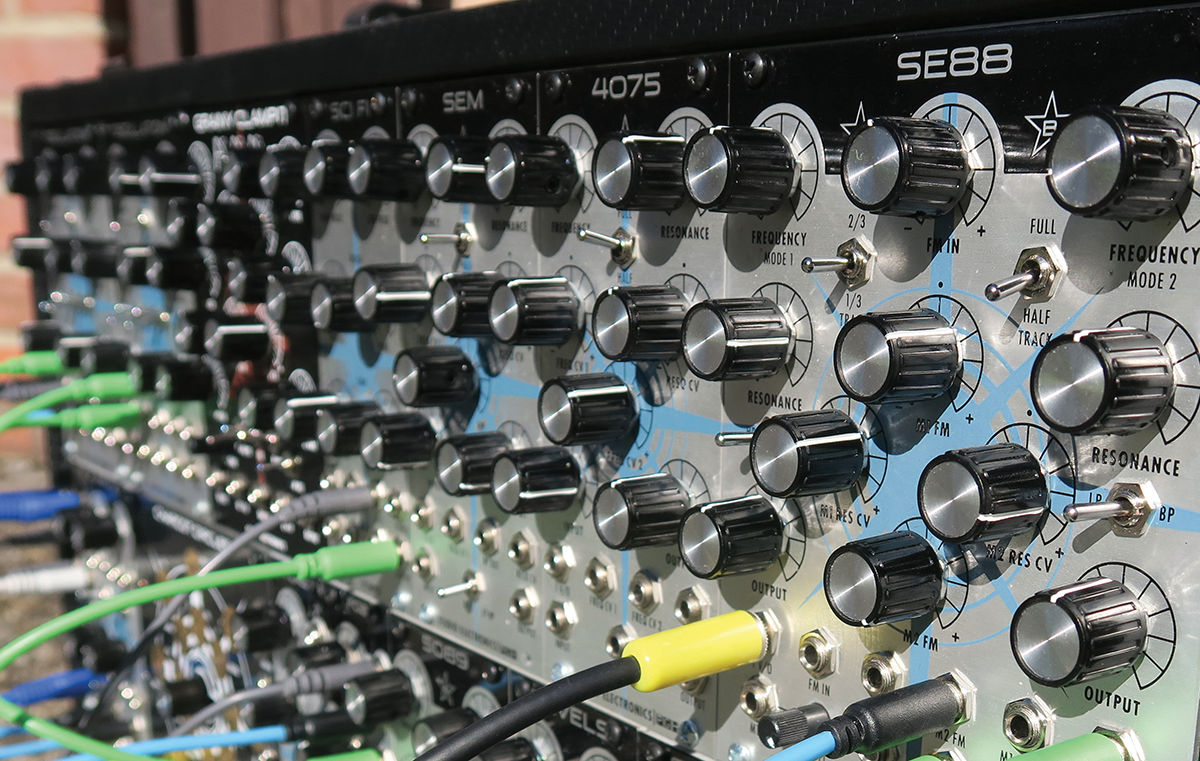 In part two of his Eurorack filter bonanza, Dave Gale moves on from the pioneers to discover further sonic delights…

Last time, we took a long healthy look at Moog, the company that really kickstarted the idea of subtractive synthesis, which for most is the staple of their Eurorack world. We continue our exploration by considering what other flavours of filter are out there, and how they might just become indispensable to your sound.

If there’s one thing that you can say about a Moog filter, it’s that it’s ‘phat’ (note the spelling!) and full of rich goodness, but it does rather suffer from a lack of bottom end once the resonance is turned up.

So, on a very personal note, one of my favourite filters is the filter from the Korg MS-20. This legendary filter is a dual LPF/HPF affair, with complete control over each element, and when that resonance is cranked, you’ll not be hearing anything like the amount of bottom-end rolloff that can be heard with the Moog ladder design. Yet it will be harsh and distort heavily, making it perfect for darker styles of music.

It’s based around Korg’s own ‘Korg-35’ integrated circuit, which also had some revisions in its original form. The earlier incarnation is the preferred option, with the latter incarnations being somewhat smoother, and thanks to the abundance of Korg MS-20s, in either mini or kit form, it’s possible to own a reissued original, and use it with your modular, as the design of the MS itself is semi-modular. Watch out for the MS patch bay, though. It is difficult to get your head around!

If you simply must have an MS filter in Eurorack form, Intellijel can offer you a Korgasmatron II which, in part homage to Korg and Woody Allen, offers all the original features and sound, and a whole lot more.

Not sure if it’s for you? Well, don’t just take my word for it, but consider Jon Hopkins; Mercury Music nominee and general all-round musician, responsible for both full-on, beat-driven, richly textured electronic music, as well as more reflective, piano-driven film scoring. He’s a rare thing in that he works with quite minimal equipment, one piece of which is an original MS-20, which you can clearly hear on his later work (such as his excellent 2013 album, Immunity). The overriding filters are harsh, but somehow incredibly musical and offer a huge amount of flexibility and complexity in use.

Not a million miles away from the Korg, at least sonically, is the filter which originally accompanied the Roland TB-303. This was never meant for the purpose that it is infamous for now, but a word often accredited to the 303 is ‘squelch’, and once you’ve heard one, you’ll know what that means.

Both Doepfer and Din Sync make 303 clone filters, both of which will give you that gnarly screeching that is so identifiable. While the 303 filter could be consider squelchy, in the conventional sense, it’s rather thin sonically. This can be a good thing, and it’s possibly one of the reasons that they just seem to ‘sit’ in a mix, rather than take up valuable frequency real estate. It also explains why the 303 is so often accompanied by some form of distortion or overdrive pedal, to thicken it up.

We cannot leave the Japanese topic without mentioning self oscillation, which is where the filter resonance is increased to a point where it starts to feed back on itself, creating a sinusoidal tone. Although this had been possible with other earlier machines from other manufacturers, somehow the late-70s/early 80s Japanese machines from Roland seemed to define this sort of usage.

The harshness of the Roland filters, on machines such as the TB-303 and the SH-101, seemed to make up part of the core of a tonal palette for music in the late 80s and early 90s which has stayed with us, either as screeching filtered tones, or used as a sinusoidal tone source, useful for kicks and basses.

It’s no surprise, then, that both the Korg and Roland-style filters are quite different to their American cousins – thinner by nature, but harsh in the top end if you what them to be. But we can’t talk about contenders to the filter crown without considering what other US-based companies were doing that has influenced the current crop of Eurorack filters.

Alan Robert Pearlman, of ARP Synthesisers fame, was the main competitor to Moog back in the 70s. Synth players tended to fall into either the Mini Moog camp, or the ARP Odyssey/2600 camp. For my money, it’s all got its place.

But in recent years, the ARP has been revisited thanks to Korg and its reissue of the Odyssey. Until such time as Korg/ARP do the honourable thing and provide us with a Eurorack incarnation, or better still, a full-on reissue of the 2600, we’ll have to make do with the Studio Electronics 4075 filter, which is modelled on the 2600 filter from ARP.

Now when I say ‘make do’, my tongue is firmly in my cheek, because to my ears, this is one of the finest filters from the current crop. It is smooth, musical and suffers from a dose of level drop when the resonance comes into play; however, the circuit can be overdriven, so the bottom end slots right back in, and sounds all the better for it. You can also buy a slightly ‘tweaked’ version of this filter, in the SE Tonestar which gives you a whole synth channel in one fix. 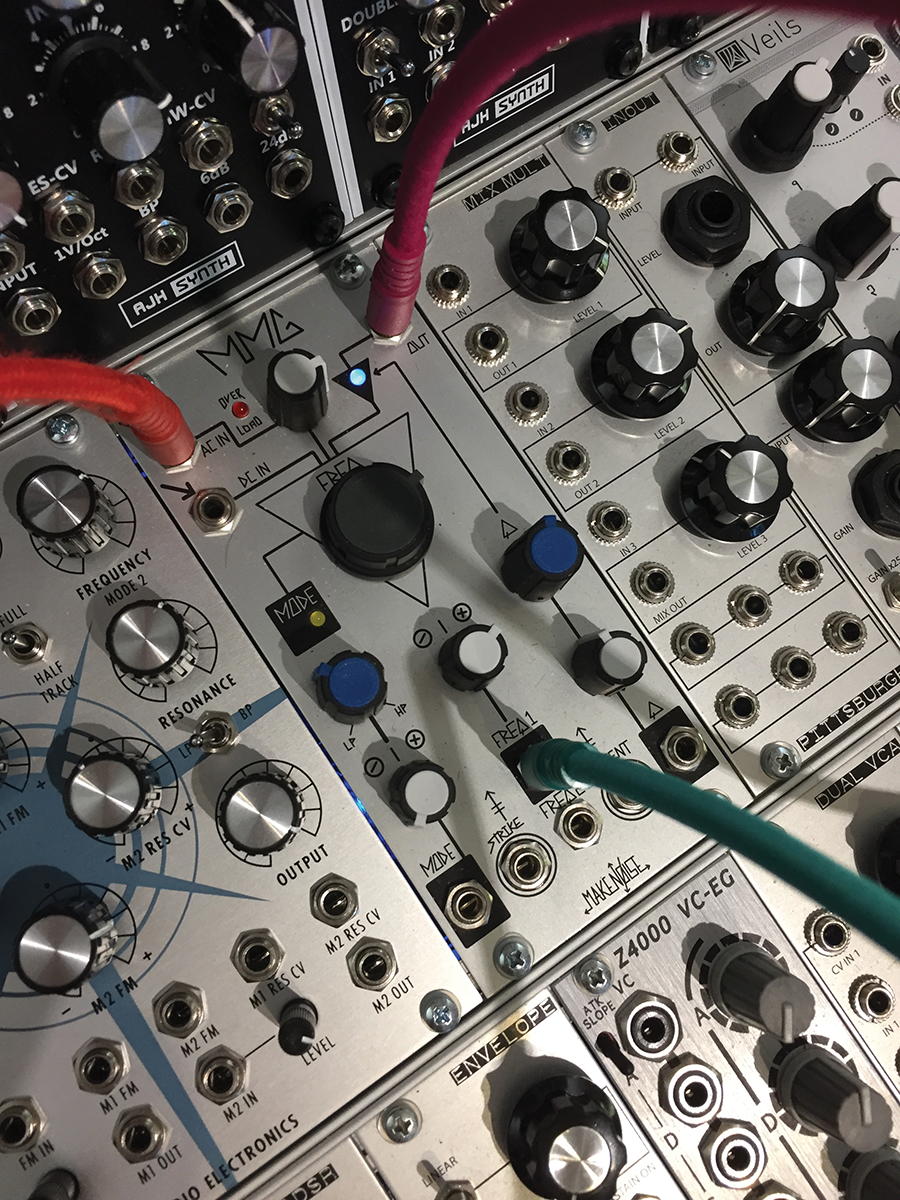 Of course, the other legend of the synth scene from the same era was Dave Smith, with his company Sequential Circuits. Now Dave Smith Instruments (DSI) has engaged in the Eurorack scene by releasing a couple of modules, one of which is the infamous Curtis chip-based Low Pass Filter, the DSM01. This is a simplistic take on a vanilla filter, with a couple of nice tricks up its sleeve.

It’s switchable between -12/-24db filter settings, but also has a ‘boost’ switch, which looks after the low-end drop once the resonance kicks in, while also driving the whole timbre. It will also self oscillate in -24db mode.

The Russians and the British

With all this talk of the Japanese and Americans, you would be forgiven for thinking that nobody else ever made a filter. So, to put that record straight, I’ll just mention the Russian Polivoks filter and the British Wasp filter. Both available from companies such as Harvestman and Doepfer, these two little filters are often overlooked.

They both have a charm and character, but have trouble stealing the limelight from the bigger boys, so can often be found secondhand for very reasonable rates. Time to grab a filter bargain.

If there’s one company that has taken the filter clone concept to the max, it would have to be Studio Electronics. Previously, with its Boomstar series, it is possible to buy no fewer than five exacting monosynth desktop modules, which are all identical – with the exception of the filter, which speaks volumes about how significant the filter component is to the overall sound of the synth.

Thankfully, it also makes said filters in Eurorack form, so it is possible to buy clone filters of Moog, ARP, TB-303, Yamaha CS-80 and Oberheim SEM. They all sound very different, but are all absolutely outstanding in their own way. I was lucky enough to have a SENSEI system to play with for a couple of weeks in preparation for this article, and the differences are striking and brilliant in equal measure.

So much so, picking a favourite would be like choosing a favourite child… They all have something wonderful to say, with plenty of highlights to be had, but with a build quality that rivals that of the originals.

I’d also like to mention the Make Noise MMG. This filter is so characterful, it’s almost an instrument in its own right, comfortable creating huge sonic booms for Kicks, or happy squelching in a 303-esque way.

It’s a type of filter known as a Vactrol filter, which makes use of resistive opto-isolator technology, which fell out of favour with the larger synth brands some years ago. As time has taught us, just because it’s old technology doesn’t mean it’s bad, and the result is a filter with sweepable HPF/LPF settings that is capable and colourful. It’s one of my absolute go-to filters, if I want something flexible that will bite.

So in conclusion to my two-part roundup, I must state that this list is by no means exhaustive. There are just too many filters out there to cover them all, however, the vast majority of them all hark back to vintage machines, and having an understanding of what you want to do musically will certainly assist in trying to find something that fits the bill. If you take a punt on one of these filters, you might just find yourself moving elsewhere musically, and surely inspiration is not bad thing in this arena.