Modulating Effects with Step FX: Creating an Electro Bassline from a Kick (Continued) 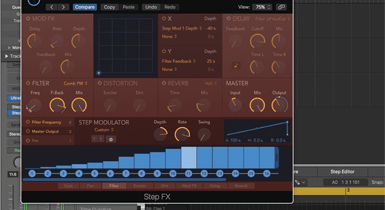 In the final part of his tutorial, Alex Holmes uses Step FX to warp a kick drum pattern into an electro bassline. Be sure to check out our guides to creating an Acid-bass filter and glitch beats… 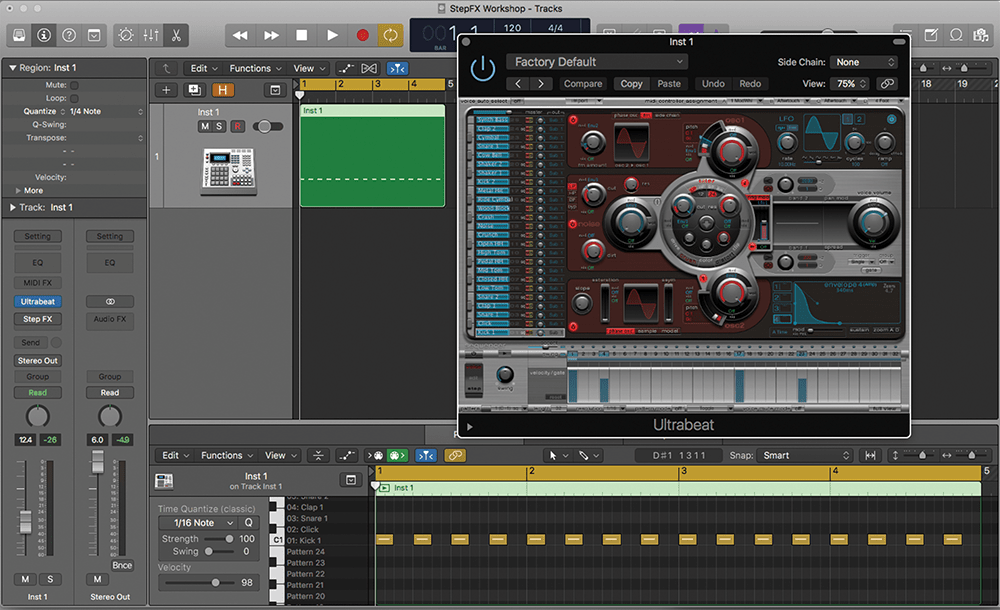 1. Let’s have a go at warping a kick drum into an electro bassline using the Comb filter. First up, add an instance of Ultrabeat, and program in a simple 4/4 kick drum pattern using the default kit that loads up. 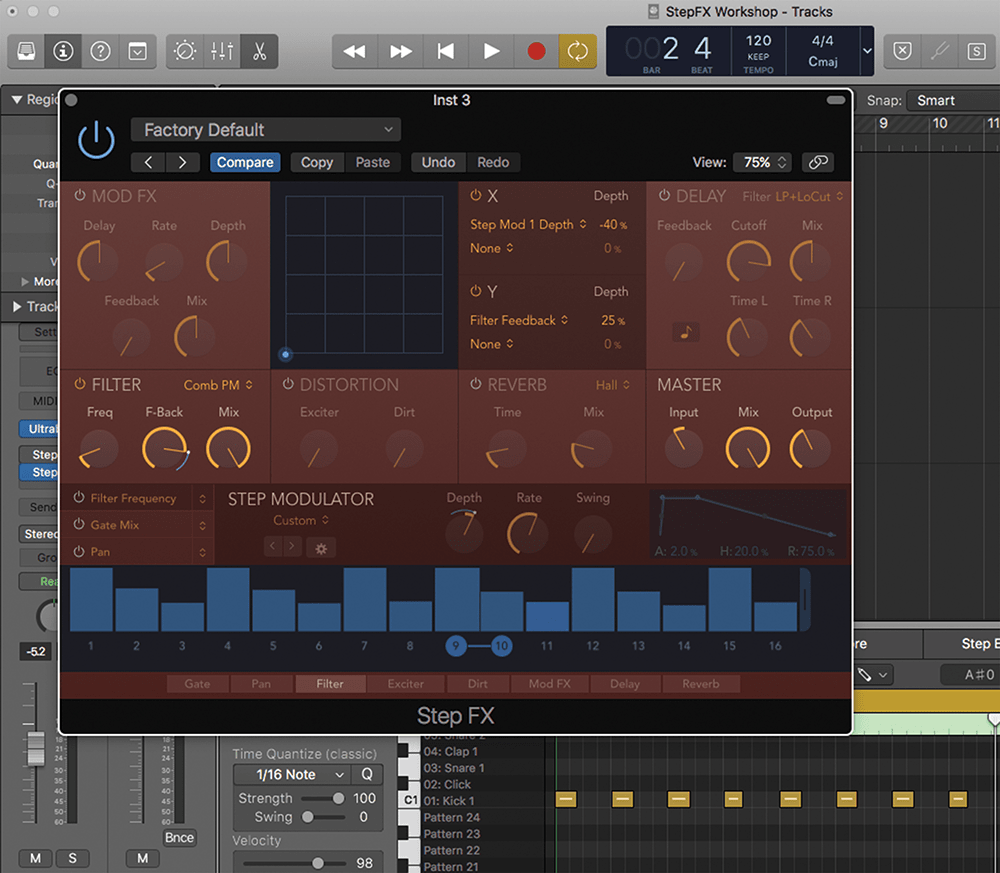 2. In Step FX, bring down the Input and Output controls a little. Now switch off any Modulators and Modules apart from the Filter, which we’ll set to Comb PM and around 70% Feedback. Bring down Cutoff until you hear bass! 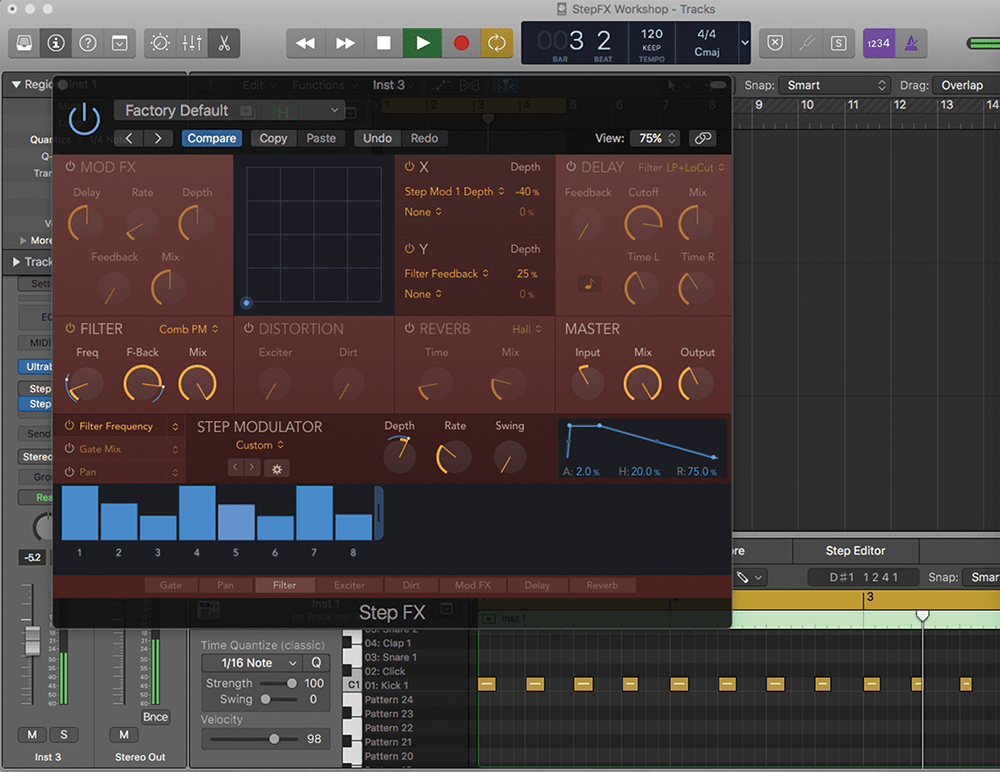 3. Switch Lane 1 back on and set it to Filter Frequency, then lower the Depth to a smaller amount, set the Rate to 1/4 notes and bring the number of steps down to eight, so you’re getting a sliding synth-bass noise on each hit. 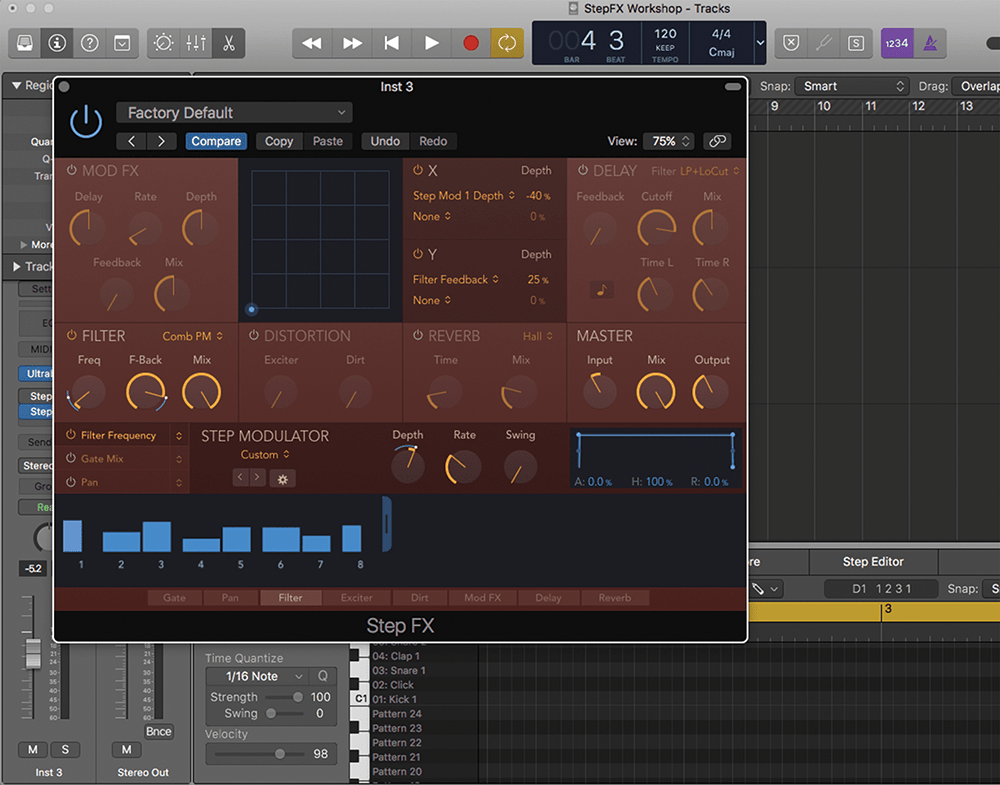 4. Reduce the Release and increase the Hold on the Lane 1 envelope to get hard pitch changes, then tweak the step amounts and lengths to create a pitched grooving bassline. It’s tricky to be accurate, but try and pitch it by ear. 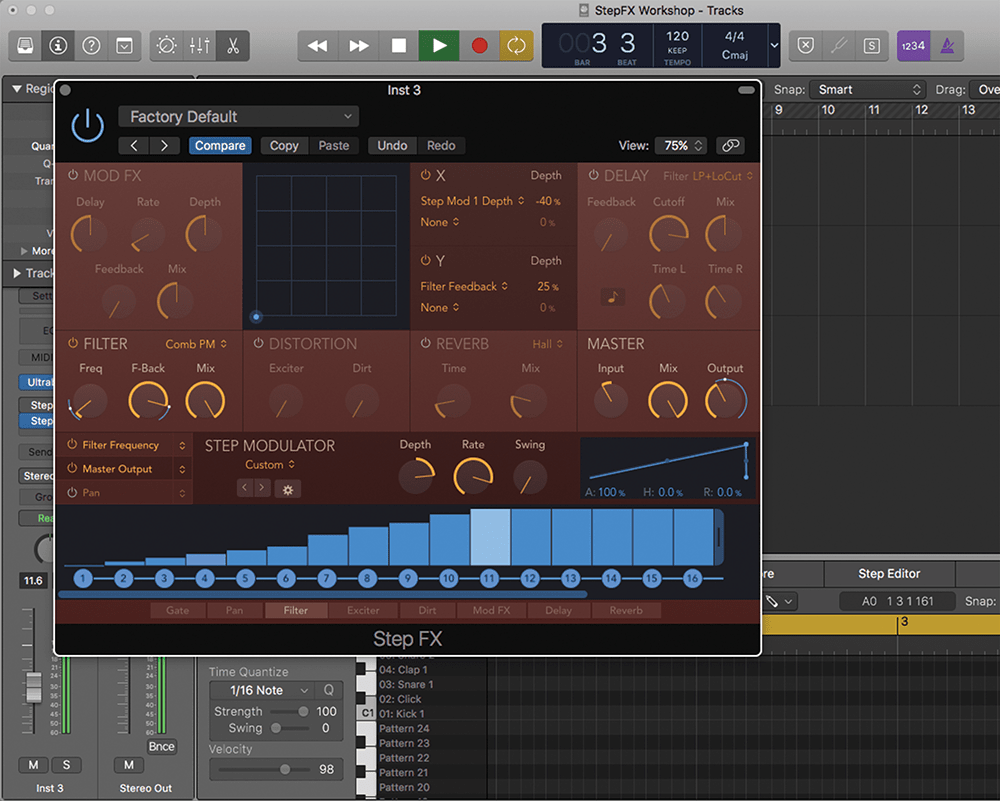 5. Use a second Lane to create a sidechain-style effect by controlling the Master Output, and loading a Ramp Up shape from the preset menu. Tweak the Depth, Rate and steps to a 4/4 rhythmic pumping effect. 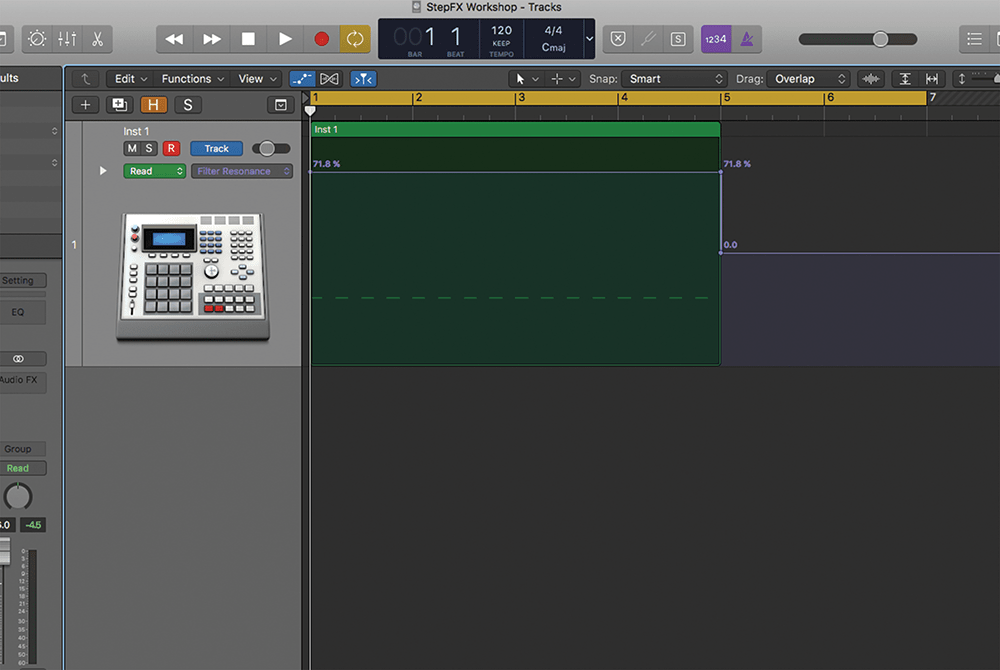 6. We can add a little Distortion and short Reverb to create depth. The high Feedback amount on the Filter will continue to play repeats after you hit stop, so you may have to draw Resonance automation to control this.