Welcome to a huge MusicTech Logic tutorial – and it’s time to get creative. Logic comes packed with a lot of effects and we’re going to show you how to use them away from the norm, to come up with some neat sounds that you might not otherwise have access to… We all know that […] 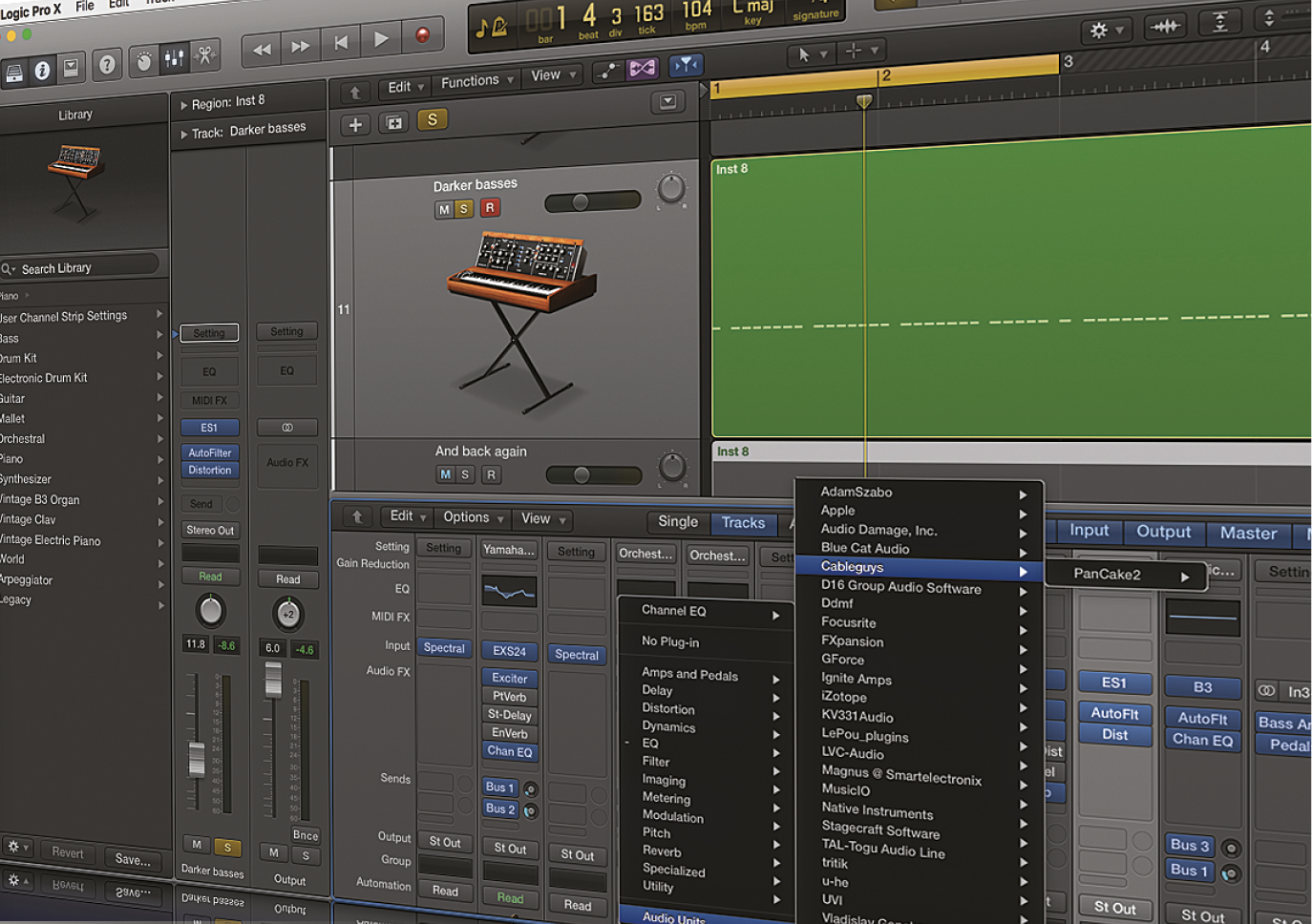 Welcome to a huge MusicTech Logic tutorial – and it’s time to get creative. Logic comes packed with a lot of effects and we’re going to show you how to use them away from the norm, to come up with some neat sounds that you might not otherwise have access to…

We all know that Logic comes packed to the rafters with plenty of effect plug-ins. You get reverbs, delays, modulations, dynamics, EQs, filters and so many more. In fact, it’s fair to say that Logic has pretty much every effect you could possibly require for standard recording, mixing
and mastering.

However, the purpose of this tutorial is not to show you how to use them in a standard fashion – we’ve covered that in tutorials on mixing and recording in the past. This time around, we’re going to look at these effects and what they can do for you on a more creative level. We’re going to consider them more as instruments, and focus on how they can change a source sound beyond recognition or the complete feel of a piece. Essentially, we’re going to look at Logic’s ordinary effects and see how they can make your sound extraordinary, unusual or just downright different – we’re going to get creative with Logic’s plug-ins!

What we’re hoping, then, is that we’ll be taking you beyond the normal, helping you move your sound beyond that which Logic supplies. You get vast quantities of sounds as well as effects but we’ll show you how to combine the two for more outlandish results. We can, for example make electronic sounds sound electric (and vice versa); take ordinary piano sounds and turn them into rich, evocative soundtrack piano sounds; produce moving and deep basses and more. Apple provides some great ingredients but, armed with a little knowledge, you can take these and make them into something incredible.

We’ll start off on quite a basic level and move up a gear but there’s nothing here beyond beginner level. That’s not to say it’s for beginners (although we do say that above!) but you don’t need a degree in sound engineering to get the best from this – far from it. Anyone can follow a few simple rules to get some amazing results.

We’re of the opinion that having too many options can get in the way of creativity – having a hard drive full of synths and instruments can simply offer too many options. We try to house-keep and often end up having a clear out of instruments we don’t use that often, or end up making a Logic Template only loaded with our favourite ones. The same argument goes for effects – you can have too many – so in this tutorial, we’re only really focusing on a few of Logic’s key effects so you can learn about how creative and effective just a couple of good plug-ins can be. Again, if you like the ones we’ve focused on, these can also be loaded up in any Template. For more on setting up Logic Templates, check out Logic Pro X: The Beginner’s Guide

One of the most memorable bands recently interviewed in MusicTech was Apothek who for their debut album wanted to make acoustic sounds sound electronic and electronic sound acoustic simply by utilising lots of processing. It’s also a philosophy that was adopted by the dance bands of the 90s, who took synth sounds and processed them with guitar pedals. Effectively, they took something fairly cheap sounding (those early synths were cheap back then!) but beefed them up with traditional gear. We love the philosophy – and it’s something that you can hear all over today’s more brash dance genres – so we’ll try to bring elements of that in here. Only we won’t be using hardware, we’ll be using Logic.

We’ll start on a very basic level, though, and make electronic sounds that sound electric simply by bringing in guitar-like effects – but the combination is important and there are one or two elements that can add a surprising edge to make you sound even, well, edgier.

One of the key effects here is an amp simulator. You get loads to choose from in Logic and it’s a key feature. We’ve also applied a little reverb at the end of the process and are firm believers that you can never have too much of it! 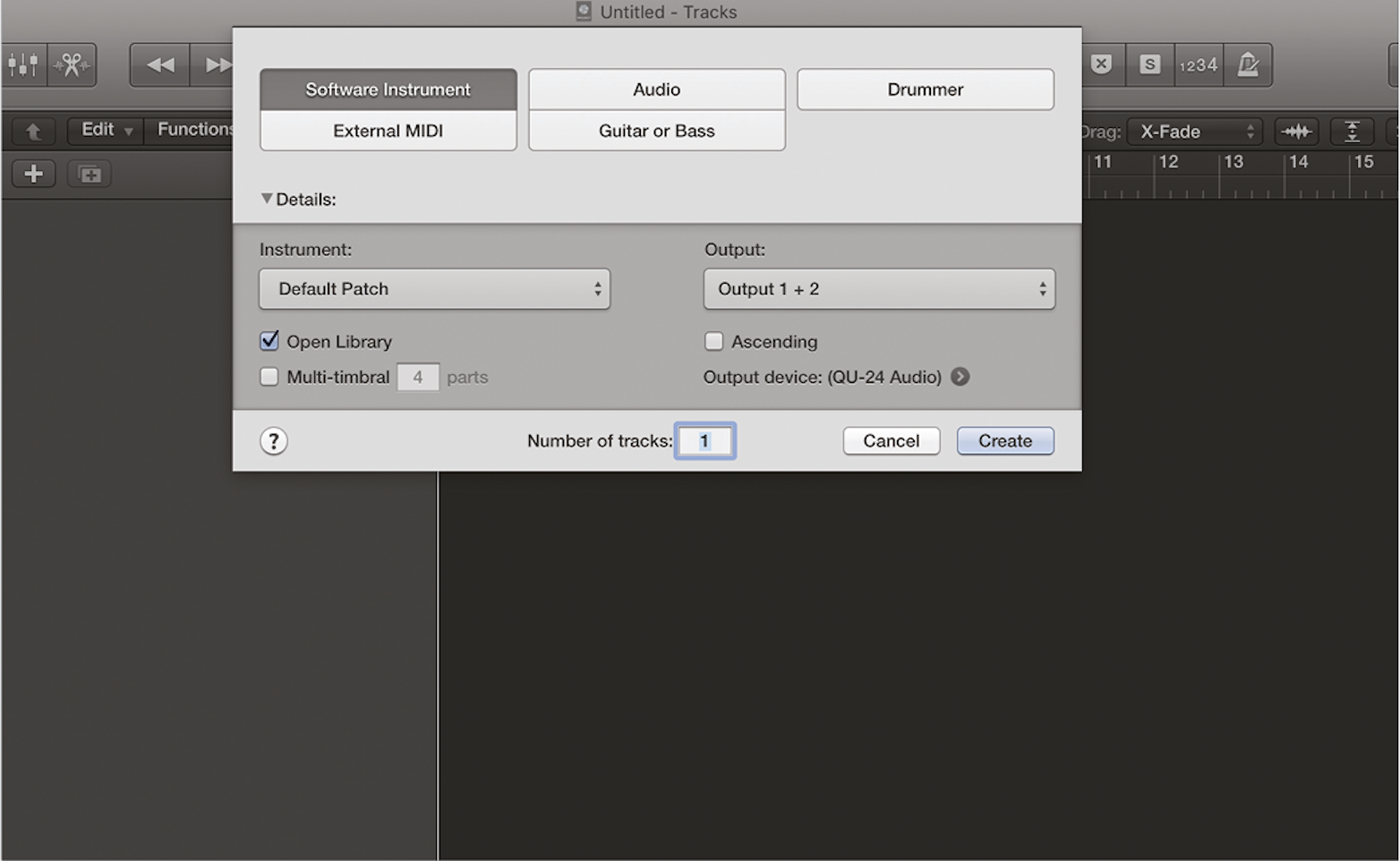 1. Starting from scratch, press Shift>Cmnd>N to start a new project. You’ll be faced with the screen shown. Select Software Instrument to load a blank project up. 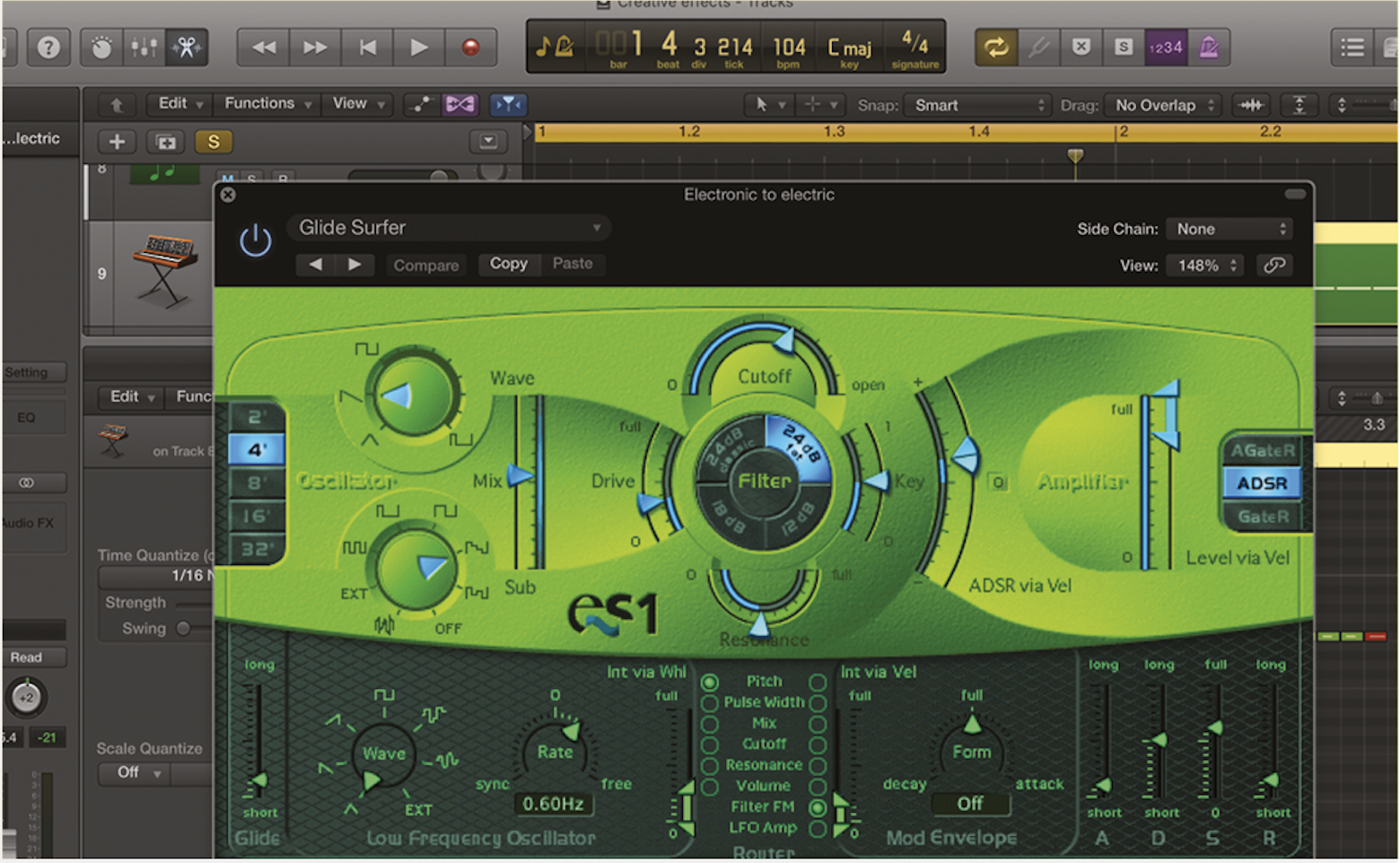 2. We’re starting off with something very electronic, so what better to open first than the classic old Logic ES1 synth? Put it on your instrument track. Select a bass preset like Glide Surfer. 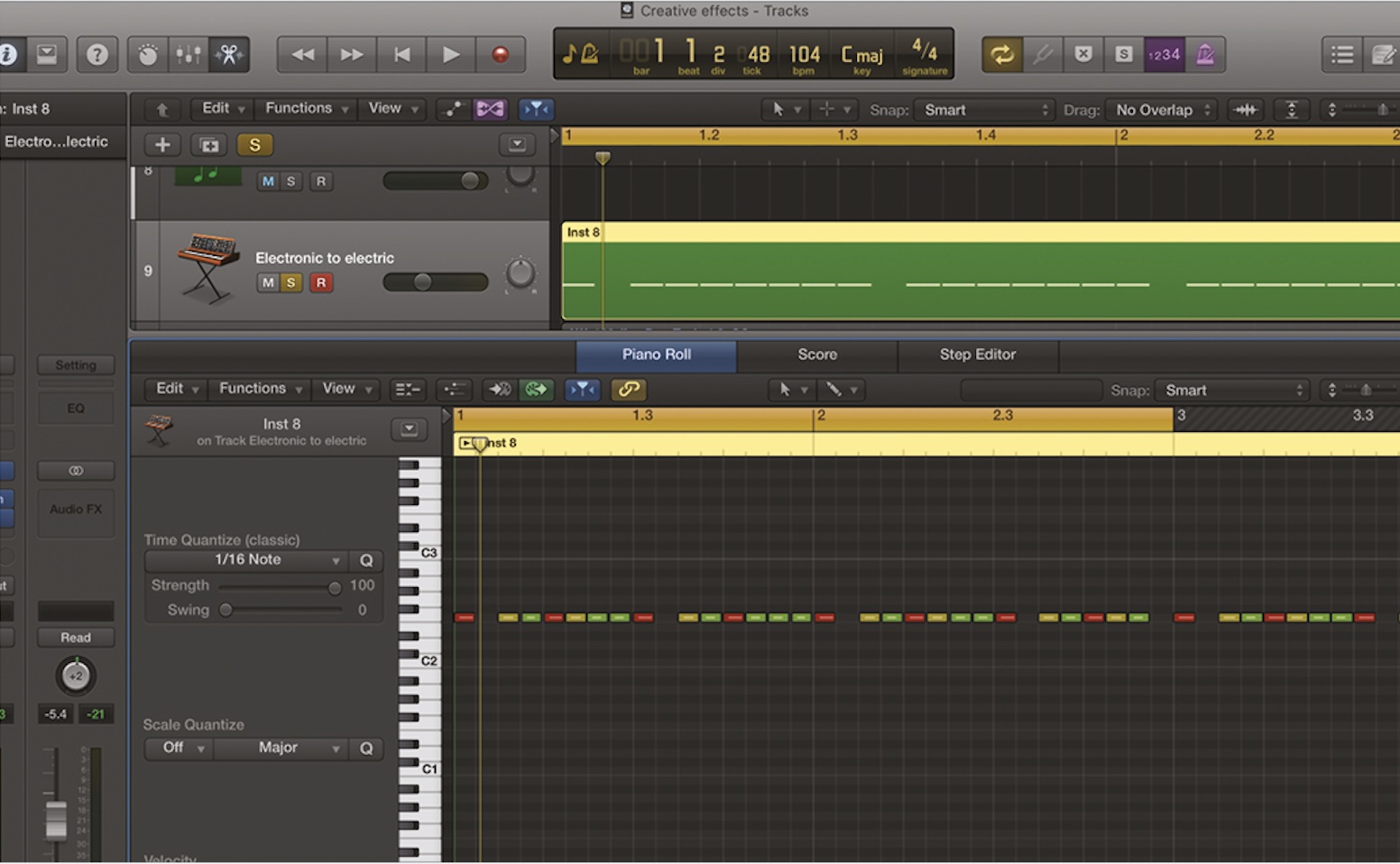 3. We need to trigger the sound and record some notes. We’ve simply played the same note in a loop with a fairly rhythmic effect as shown. You’ll see why later. At the moment it sounds quite ‘acidy’. 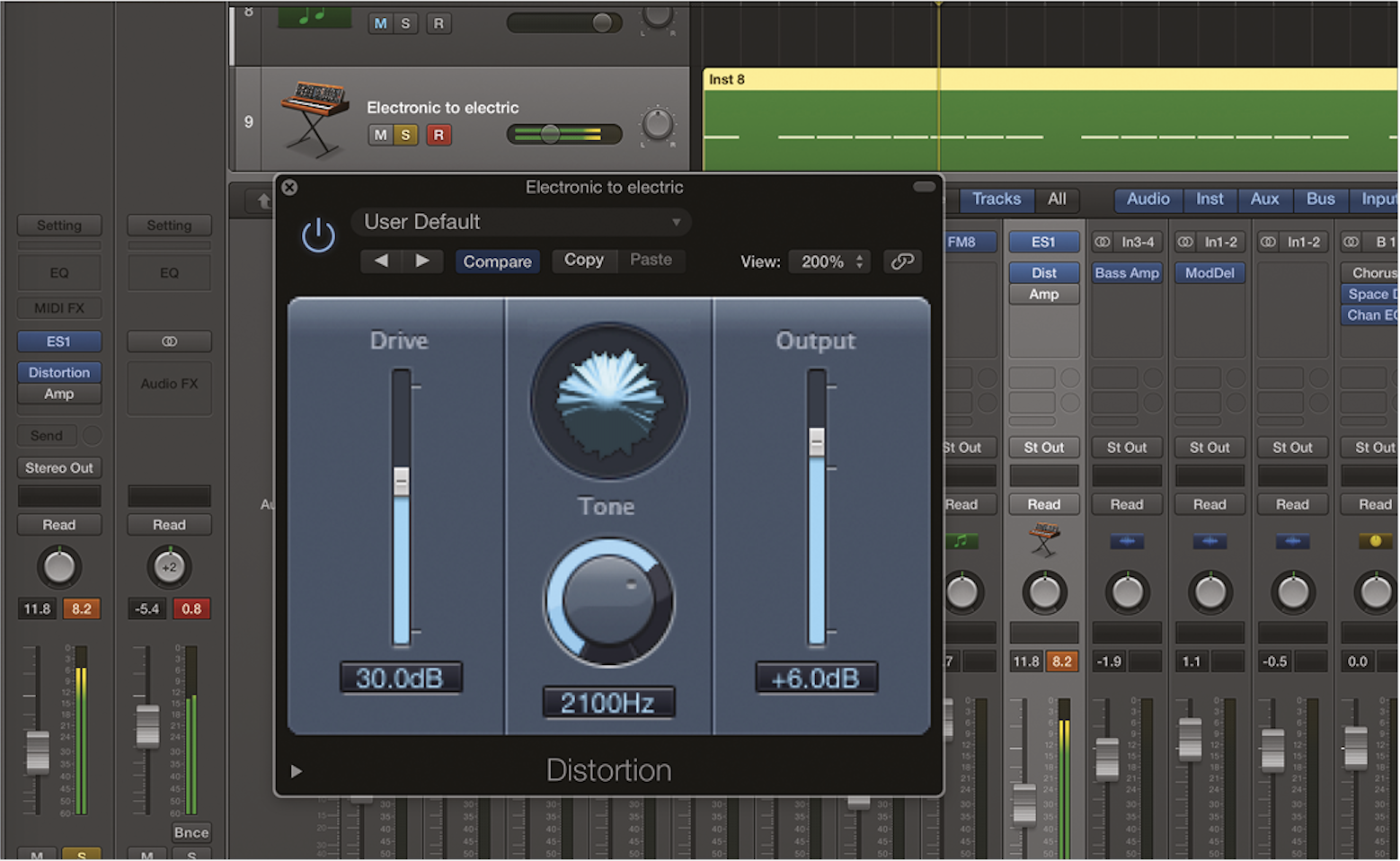 4. That soon changes when we add one of Logic’s plethora of Distortion plug-ins. We’re using the default preset, but we’ve nudged the Drive and Output values up as shown. 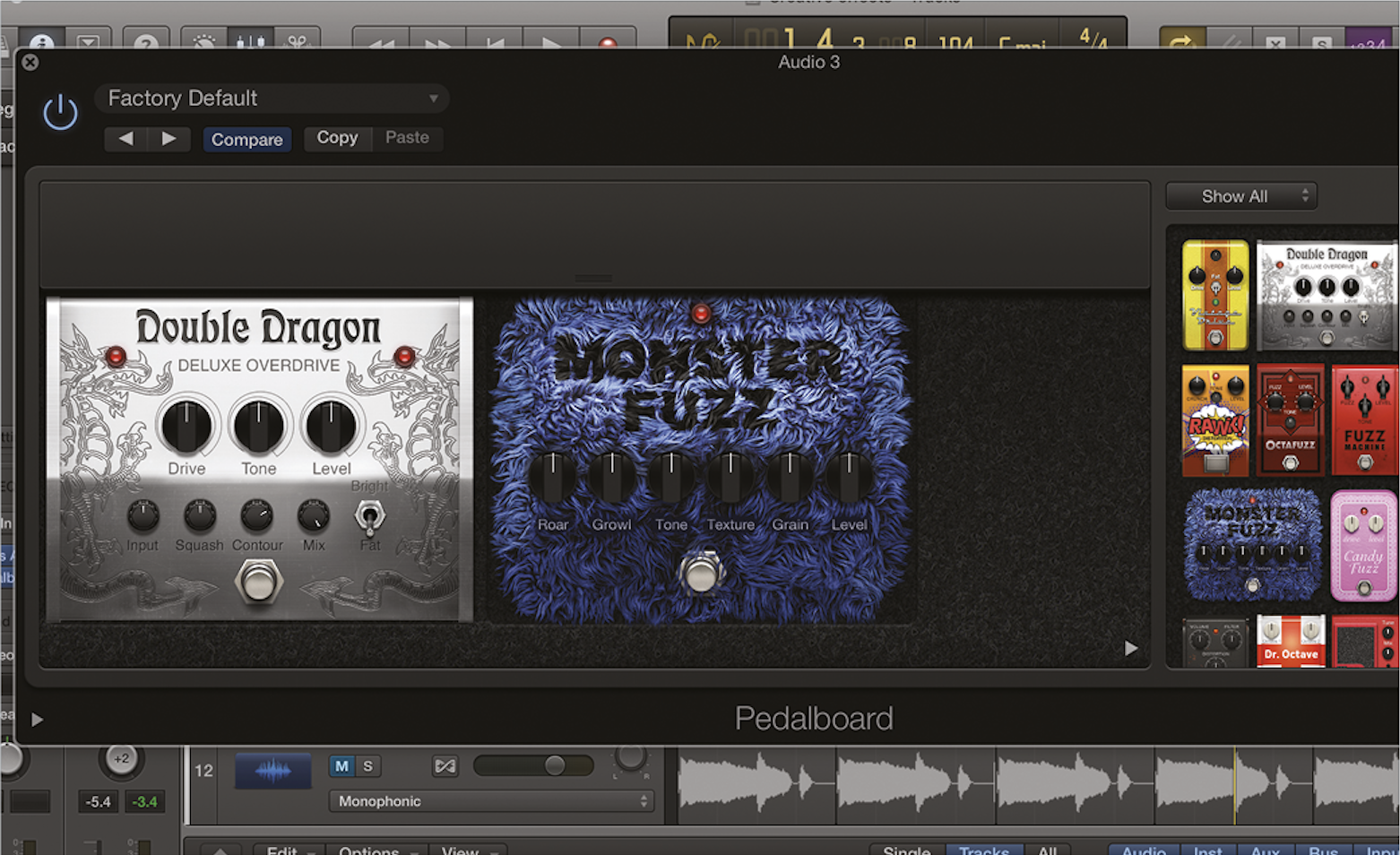 5. Already your electronic synth sound has become more electric using distortion, just like dance artists have done since the early 90s. It would be quite easy to go into Logic’s Pedalboard effects but they can be a little hard to predict… 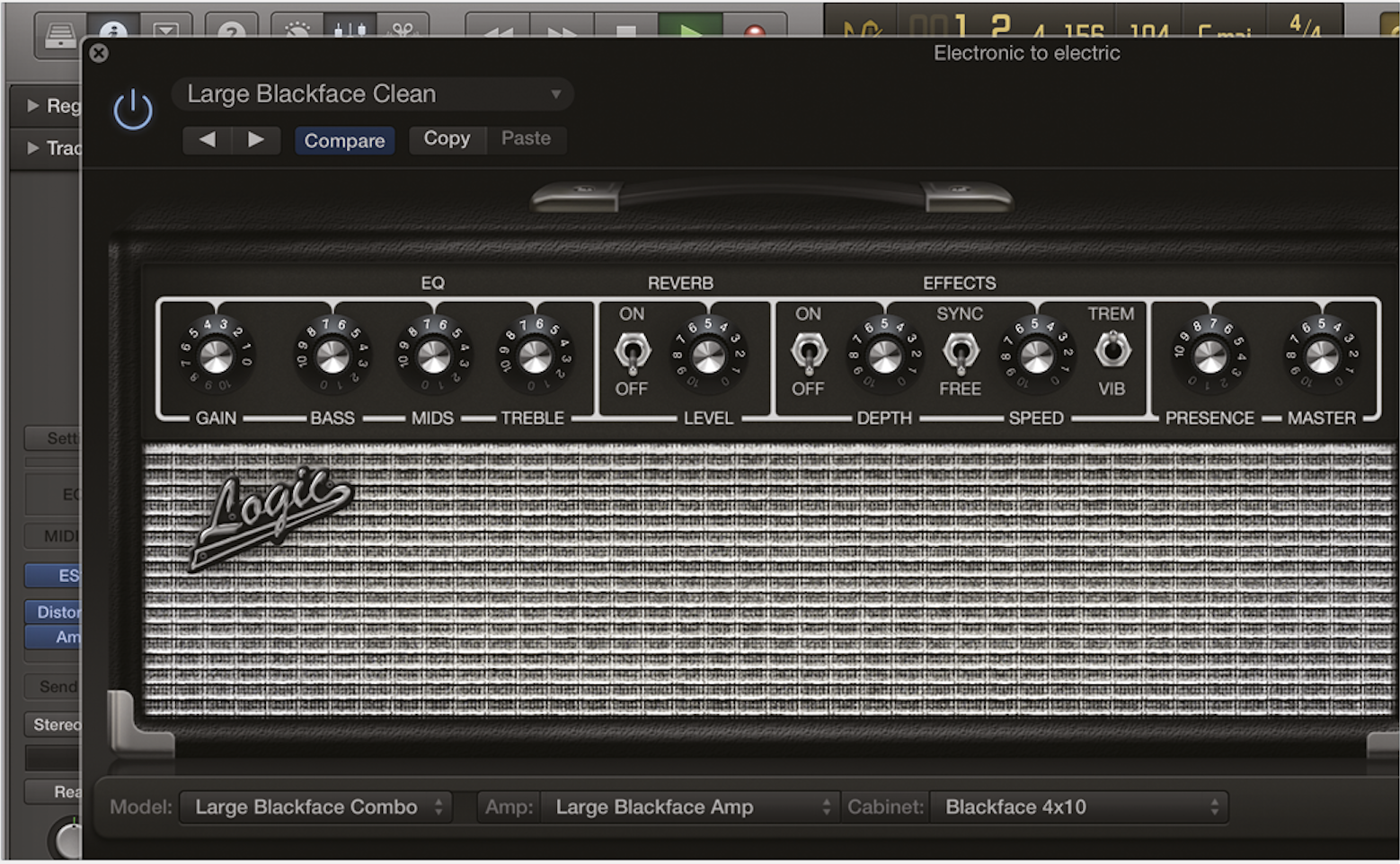 6. Instead, we’ll go a few steps further with Amp Designer first, as you can get some great and dramatic results. Load it up with preset Large Blackface Clean. Sounds rocking now, right?