Logic has a treasure trove of tools to help you get creative with your audio, and where better to put them to use than in the creation of epic dance music build-ups? Alex Holmes prepares to drop… Accompanying project file from DVD can be found here. With so many people all using the same tools to […] 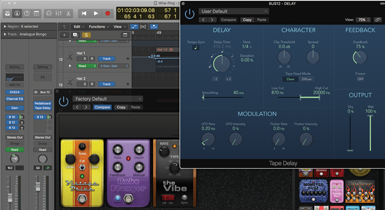 Logic has a treasure trove of tools to help you get creative with your audio, and where better to put them to use than in the creation of epic dance music build-ups? Alex Holmes prepares to drop… 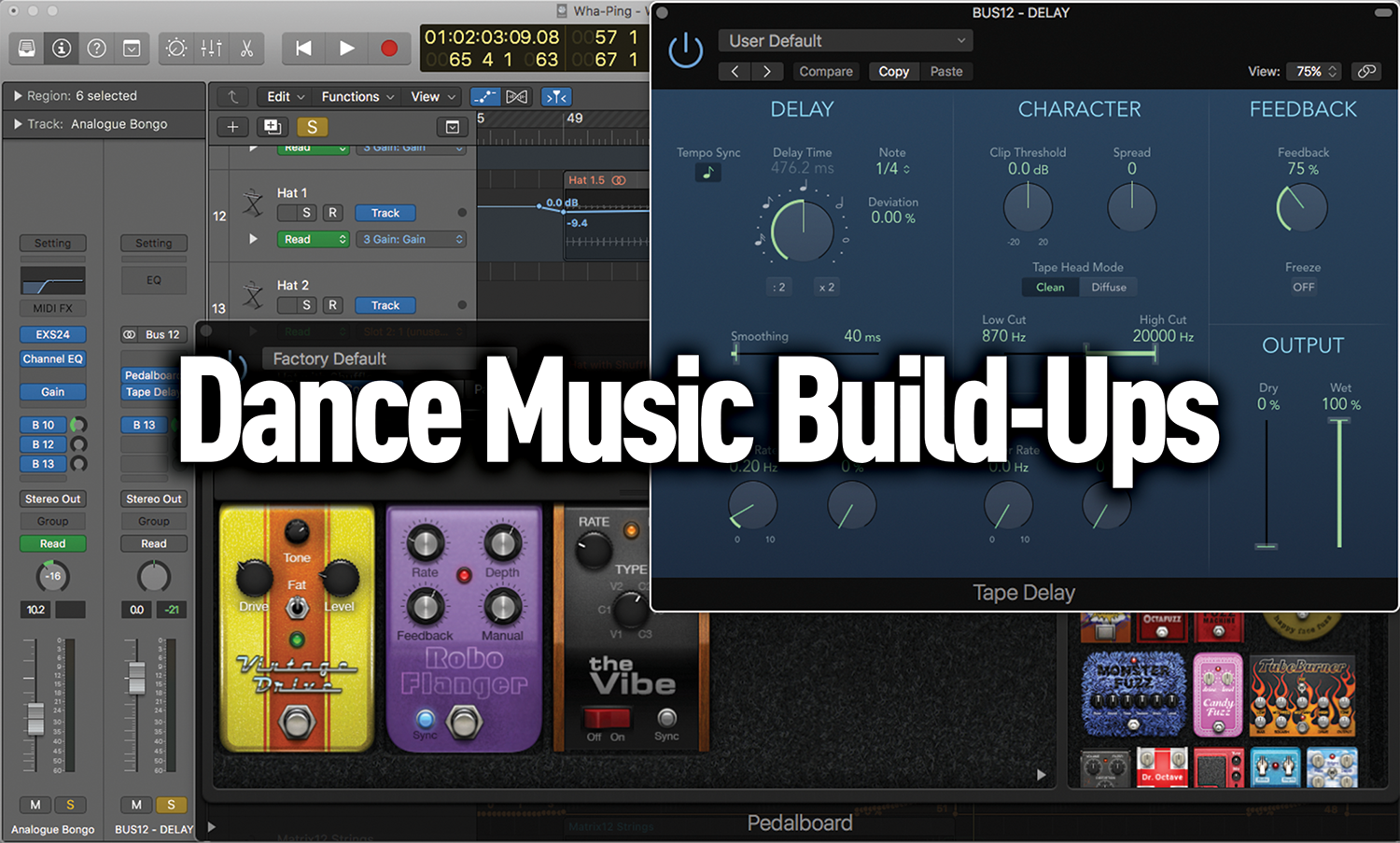 Accompanying project file from DVD can be found here.

With so many people all using the same tools to create electronic music, it’s becoming harder and harder to stand out from the crowd, which is why creativity is your greatest weapon. Whether subtle or extreme, most modern club music favours some form of breakdown, build-up and drop, and it’s here you can let your creativity shine.

These sections are often freed from having to fill the frequency spectrum, or from needing a solid, heavy groove to keep people dancing, so you can experiment with extreme processing techniques and rhythmic or melodic tricks.

In some cases, DJs will even add further washes of delays and other effects to these sections when they play out, to help whip the crowd into more of a frenzy. Luckily, Logic has a wealth of high-quality native plug-ins and processes that can offer up near-limitless possibilities to the creative mind.

Some of the most inventive build-ups are built from single mix elements that are heavily manipulated in creative ways. Load up your favourite instrument with a simple riff, put the build-up section on a loop, and set the track automation to Touch. With the riff playing, experiment with sweeping filters, envelope decay and release times, LFO speeds, FX sends, oscillator tuning, pulse width, oscillator shape and more.

If you’re working with an audio riff, you can still get pretty wild by working the automation on individual FX plug-ins. Try increasing distortion or reducing bit depth over time, controlling delay feedback, reverb tails, tremolo speeds… All of these tweaks combine to create an evolving sound – just know where you start and where you want to end.

Build ’em up, knock ’em down

Although not a hard-and-fast rule, you’ll ideally want to have the foundation of your beat, instruments and main hooks in place before working on the build-up section. That way, you can think more carefully about how you can tease or warp certain elements ahead of introducing them in full. The style and genre of your track will have a large bearing on how dynamic you go with your build-up, and will subsequently dictate how far you can stray from what’s come before.

Also, the language of standard dance music suggests your biggest drop down or build should occur approximately two-thirds of the way through your track. You might have a similar build-up earlier on, but the main build-up may introduce extra elements on the second drop, or perhaps break down to something more sparse midway through the track, to give the listeners a breather. There are no rules, so build up your track where you like!

Space and silence can be incredibly powerful when used well, and it’s much easier to feel a crescendo when you’ve got more distance to travel from the quietest to the loudest part of a track. Most build-ups will play with the listener by holding off providing the full drum or bass riffs, and you’ll probably want to reduce the sub and/or high frequency content just before the drop to help deliver impact when a track kicks in.

If you dissect most dance tracks, you’ll notice a handful of build-up types and techniques that are repeated across the board. These include slowly high-pass filtering in your bass riff (often used in d’n’b), fading in a snare or kick-drum roll that increases in note division as it nears the drop (often used in EDM), building up to a gap of silence, a drum fill or a vocal sample (often used in dubstep) and repeating a short sample or riff many times over before finally dropping in a satisfying kick drum (often used in house).

There are of course, other more inventive build-ups that take the listener on a wild ride before finally delivering them to their destination. A good example would be Dooms Night by Azzido Da Bass, which features a slow throbbing synth noise that gradually increases in speed until it becomes a fast, filtered blur, or, more recently, the delay-drenched, synth-LFO workout in Pearson Sound’s XLB.

It pays to be aware you’re still building a track for an audience. If you go too far and find there’s too much of a disconnect between your build-up and the rest of the track, then try slowly adding in some more traditional techniques or more solid rhythmic elements, so that you meet in the middle.

If you want a truly satisfying build and drop, then it pays to consider the melodies and harmonies of the track as a whole. If you have quite a flat bassline or riff that rolls along around the same notes for most of the track, and you use this sound in your build-up, then it can be a little boring if it simply plays on and the beat comes in on top. You could consider transposing the line up or down two or three semitones for the build section, then when it returns to the tonic on the drop, it feels like a lift and a return home.

Another technique is to loop the final bar of a riff for the last 8 or 16 bars of the build- up, so it almost feels like a broken record that’s finally released from the loop when the whole track kicks back in. This can work well if the end of the phrase is in a different key or chord, as it creates more of a distance between the build and drop.

Finally, one of our favourite techniques is to simply raise a bassline up an octave for the build-up section, so you’re building a familiarity with the riff, which makes it extra satisfying when you drop it back down to a sub-heavy version alongside the beat.

Ultimately, crafting interesting build-ups is about grabbing the audiences’ attention, and then taking them on a ride. If you can chuck in a few curve balls on the way to throw them off their feet, then it’ll be all the more satisfying when they finally reach their destination. The trick and the magic is in providing just enough information leading up to the drop so that they are both surprised and satisfied at the same time when the track kicks in. 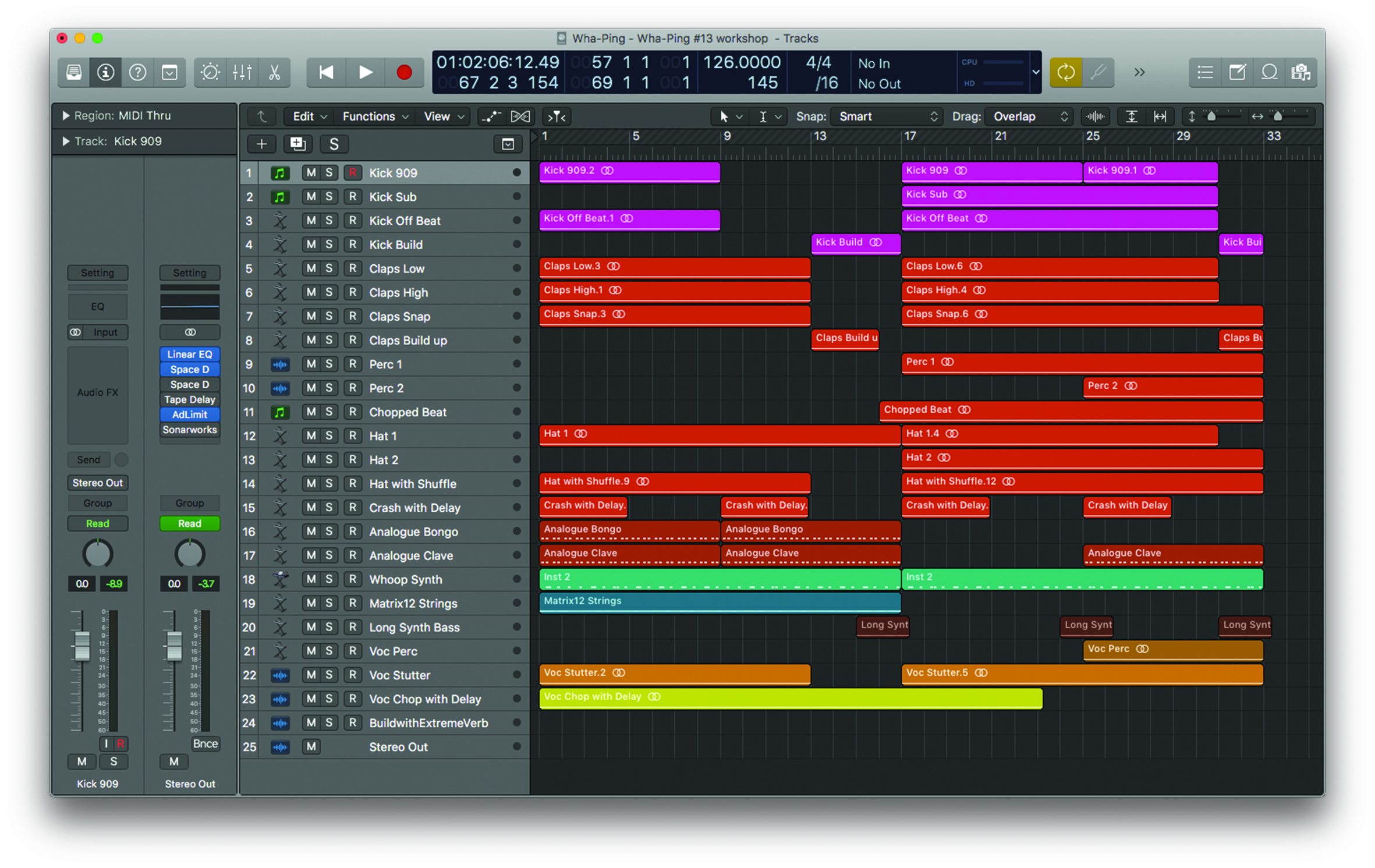 1. Here’s our arrangement for a tech-house-style track, including a basic drop-down section with drums and some synth sounds. It works okay, but we could definitely get more creative with the FX. 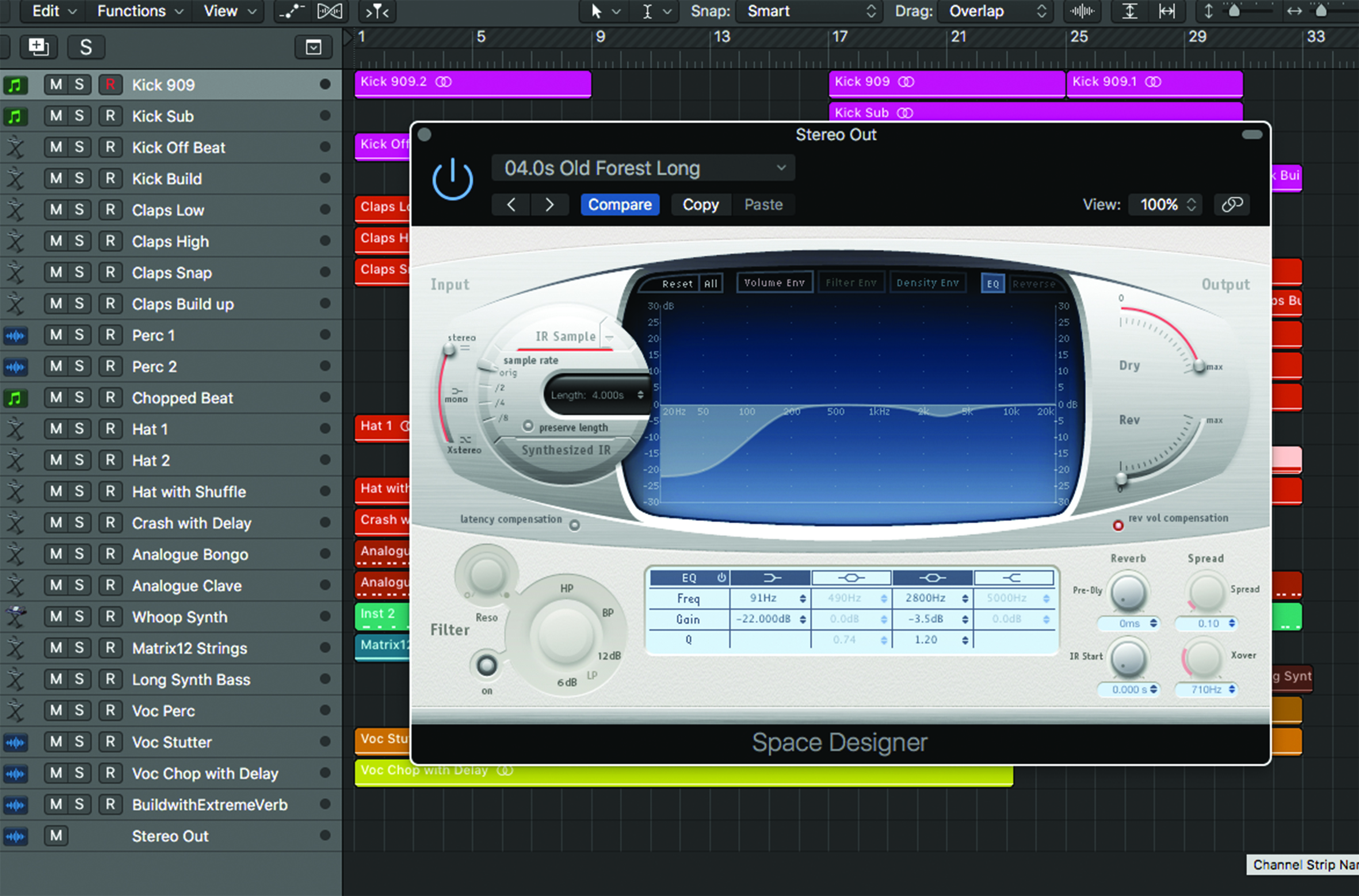 2. Add Space Designer onto the master and choose a reverb with a longish decay of around four to six seconds. In the EQ section, pull down the lows; add a small dip around 3k to reduce the harshness. 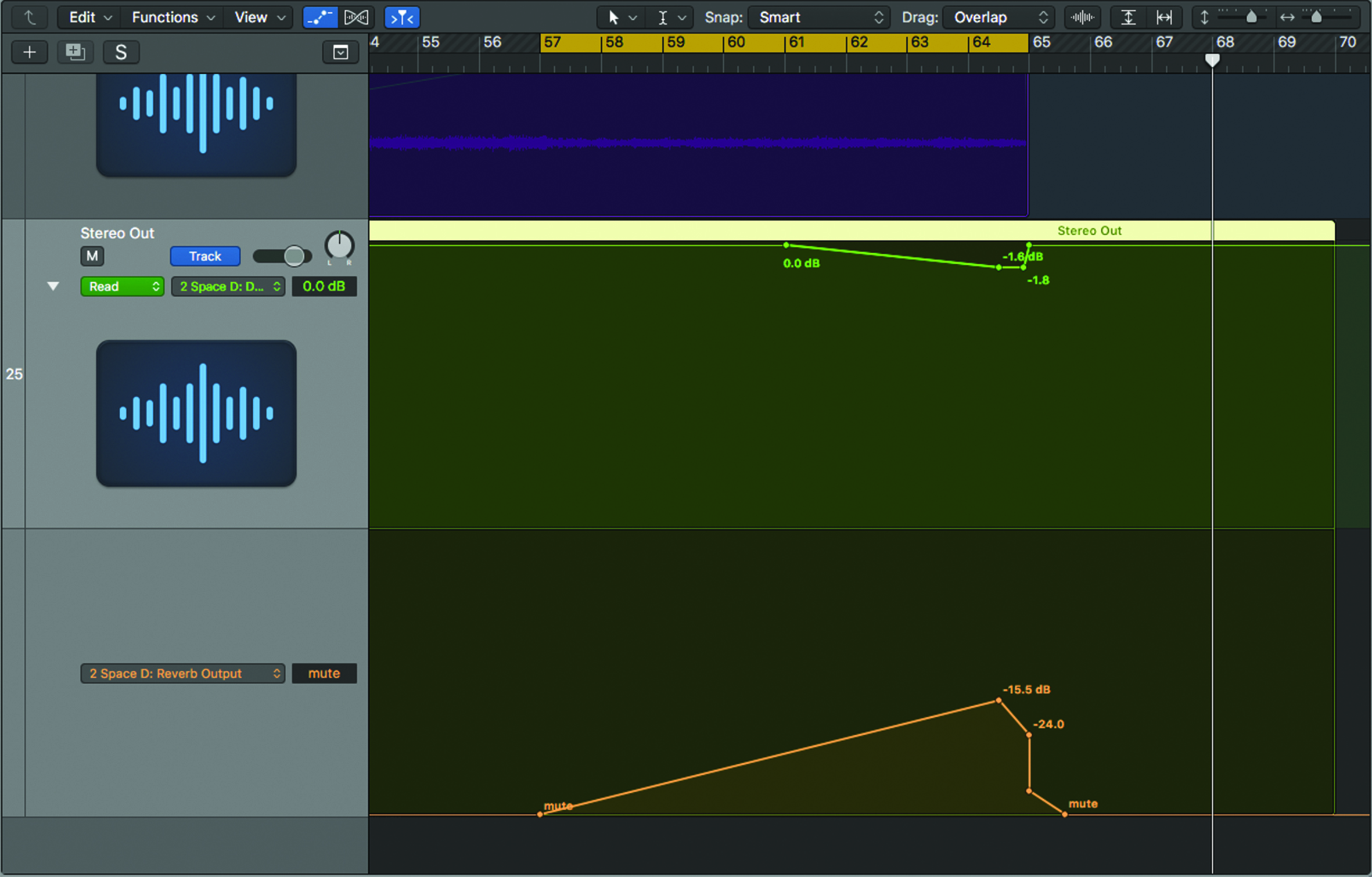 3. Next, draw in some automation so the track disappears into a wash of sound. Draw in an increase in the wet signal and also a small decrease in the dry signal, then reset when the beat drops. 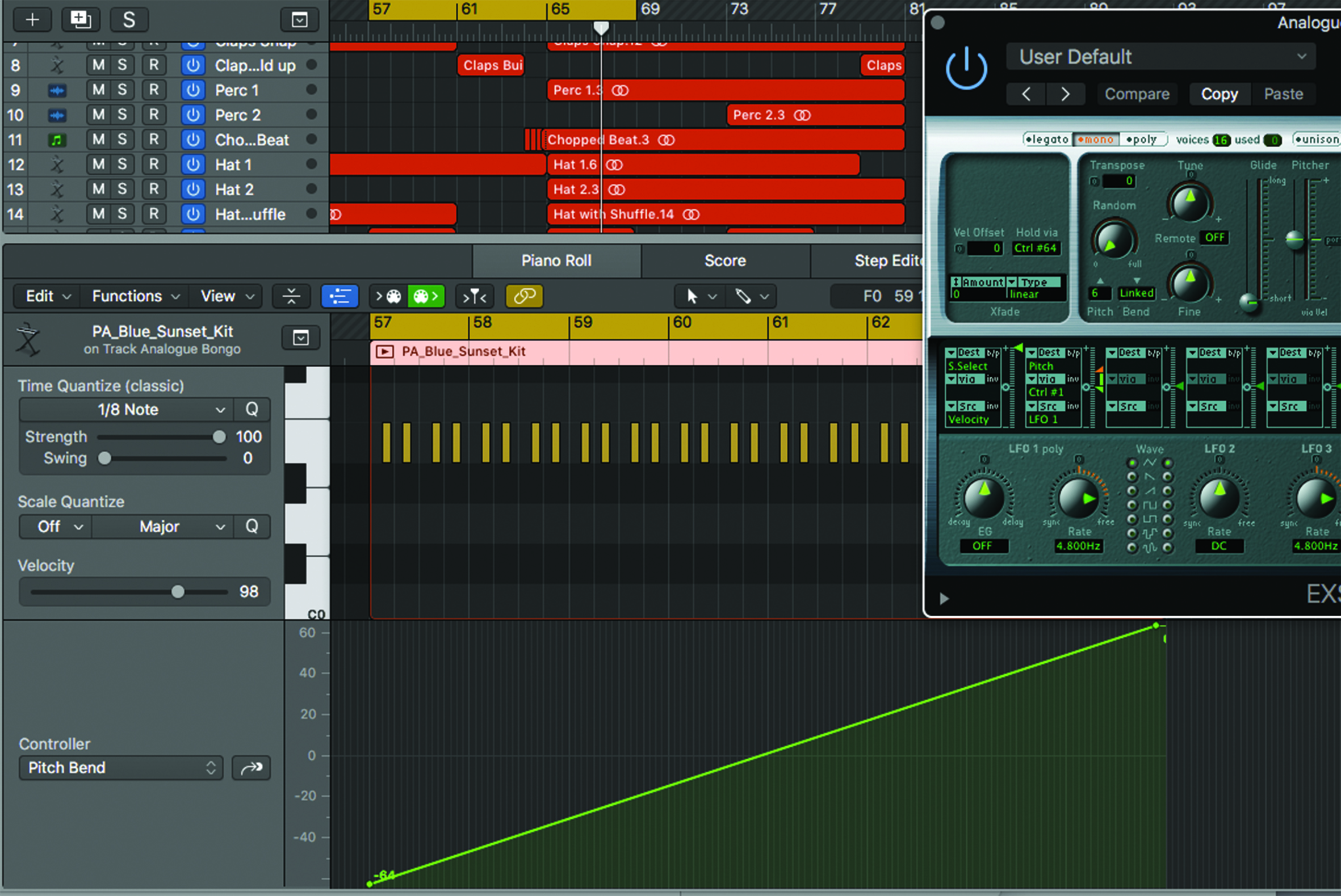 4. For extra movement, try drawing in some MIDI pitch-bend rises on some of the drum parts, so they slowly rise over time. We’ve set the range to six semitones rather than the full 12, so it’s smoother. 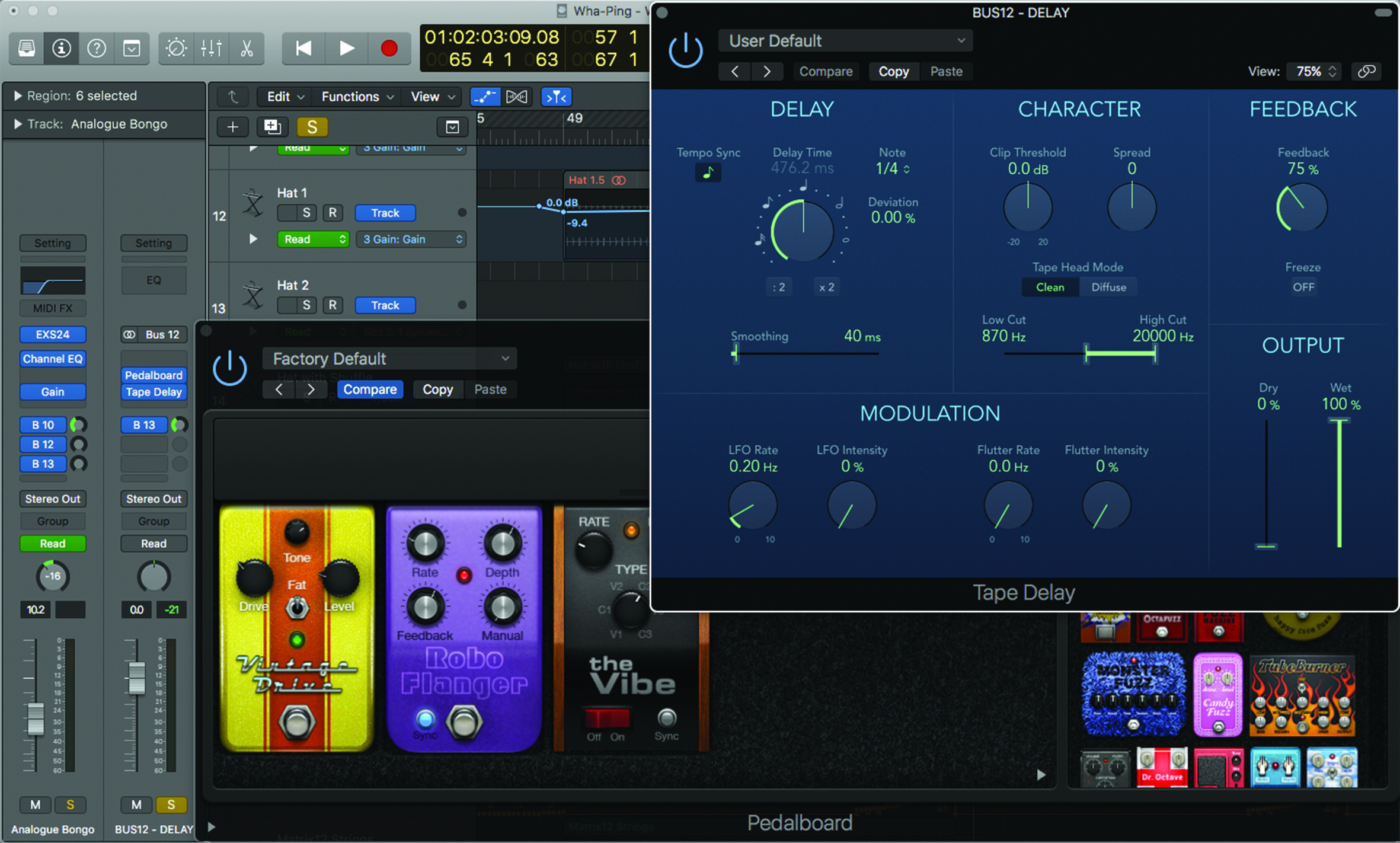 5. Add two FX sends to the same drum parts and send them to a reverb and a delay bus, then automate the sends to make the sounds swell. Try adding chorus, flange or phasers to the busses. 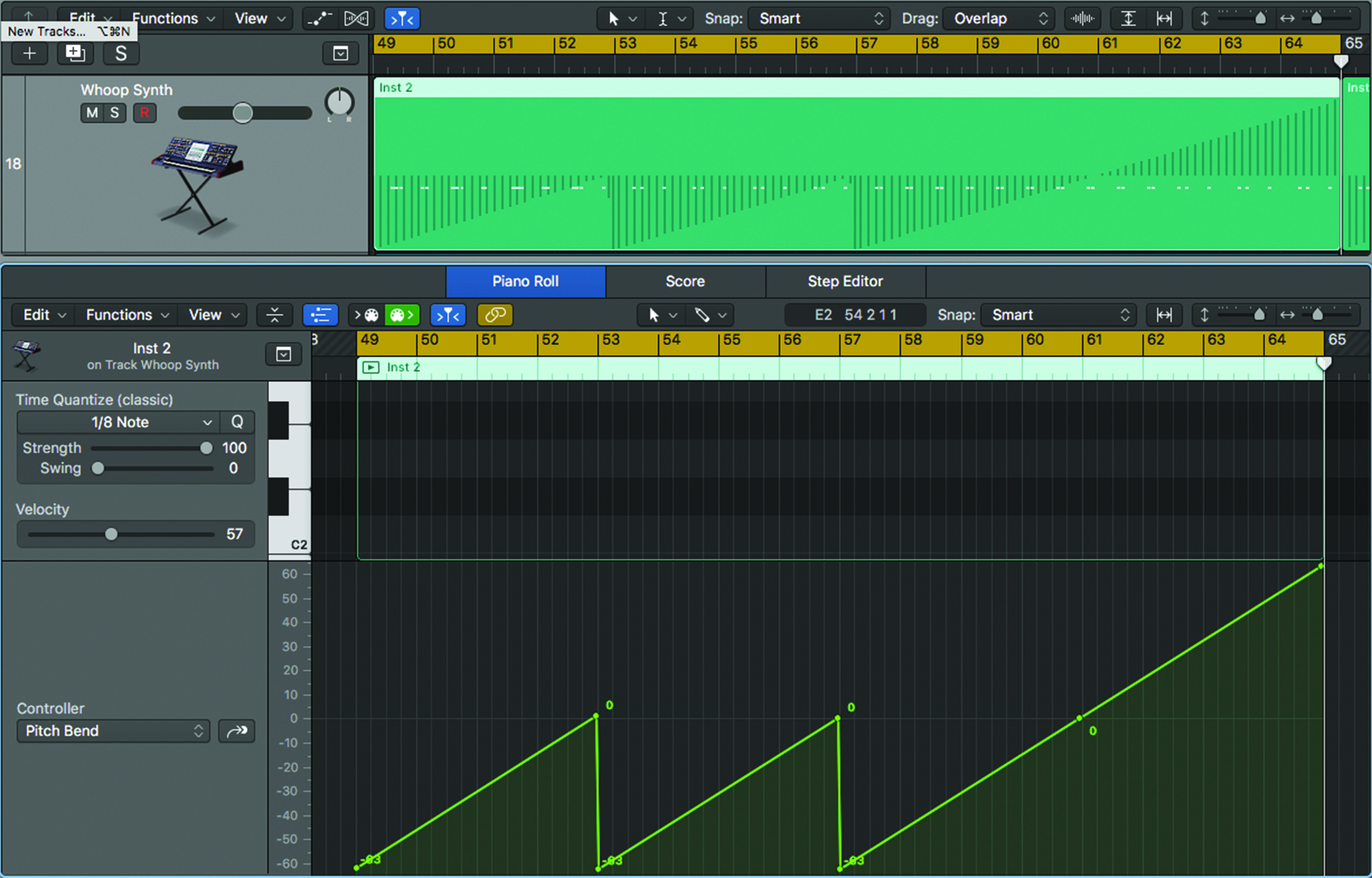 6. For a more homogenous ‘building’ sound, keep any rising elements in sync, so we’ve set the pitch range of our main synth to six semitones and drawn in some shorter, progressing MIDI rises.