Yamaha is well known for its powerful workstation keyboards, but it has also recently started to develop instruments designed for the more mobile or space-conscious musician. Its MX series combines a range of functions into a portable package and draws sounds from the bigger MOTIF XS series. Price MX49 £508. MX61 £661 Contact Yamaha  0844 811 1116 Web www.yamahasynth.com […] 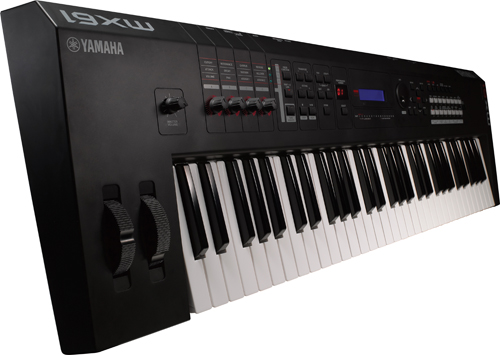 Yamaha is well known for its powerful workstation keyboards, but it has also recently started to develop instruments designed for the more mobile or space-conscious musician. Its MX series combines a range of functions into a portable package and draws sounds from the bigger MOTIF XS series. 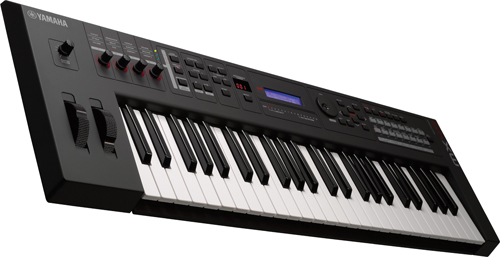 The MX49 and 61 work as MIDI and audio interfaces and controllers as well as shipping with Cubase AI6 for Mac OSX and Windows to get you started.

The 49- and 61-key versions are identical in every way except for the number of keys, and the casing is lightweight but sturdy. Design-wise, the MX isn’t going to set the world on fire, but this doesn’t in any way affect its usability. The first thing you’ll want to do is get it hooked up using the bundled power supply unit. The range of ports on offer reflects the multi-functionality of the device, so you get hardware MIDI in and out ports, a USB-to-computer port for sending audio and MIDI bidirectionally, and a USB-to-device port for connecting a memory stick for file backup or WAV/MIDI-file playback. There are sustain and foot controller pedal inputs – essential for more expressive playing – and a headphone jack. You get stereo audio output jacks and an aux input for connecting an external device such as an iPod or CD player, though this does not pass to the USB connection. A USB cable isn’t supplied, and though many people have spares lying around, this seems like a slightly odd omission.

There’s also no facility for connecting other sound sources such as guitars or mics due to the lack of jack inputs, so you’re somewhat restricted in what you can record. It’s possible to record the synth’s sounds directly to audio tracks in your DAW over USB and this works seamlessly, but it’s a shame there isn’t a simple stereo jack input stage as it would have made the MX a more complete studio tool.

The synth comes with templates for Cubase, of course, plus Logic, Digital Performer and Sonar. The documentation is a little sketchy on how to set these up, though, perhaps a consequence of Yamaha wanting you to use Cubase. Certainly, Cubase integration is excellent, but it would seem sensible to also include templates for Reason and Live at the very least, and point users more readily towards how to set them up. There’s no support for controlling Audio Unit plug-ins but that’s less of an issue than currently having only basic support for using the transport with other DAWs. This could be easily remedied so we’d hope to see it added soon.

The MX is an excellent synthesizer with some amazing sounds and a surprisingly playable keyboard, even in the smaller 49-key format. It’s lightweight and portable but sounds huge. Performance controls are at your fingertips and it’s well laid-out, with the free software patch editor making in-depth sound tweaking much easier. As a controller it’s accomplished but weighted heavily towards Cubase, which is perhaps not surprising given its manufacturer. If you are using Cubase the setup is virtually nonexistent and the shortcuts and AI knob are a pleasure to use. If you’re looking for a controller for another DAW you might wait for Yamaha to improve support for your particular app and see how it goes. As a portable gigging synth and Cubase-centric controller, however, it’s a powerful and affordable package.

+ AI knob in Cubase is handy

– No USB cable in box

– No audio inputs for recording external sources to DAW

A great, playable synth and a useful controller, though at its best when used with Cubase.