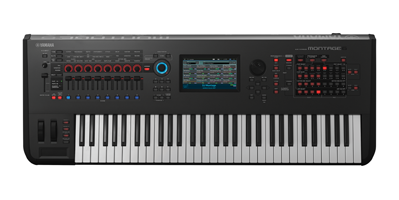 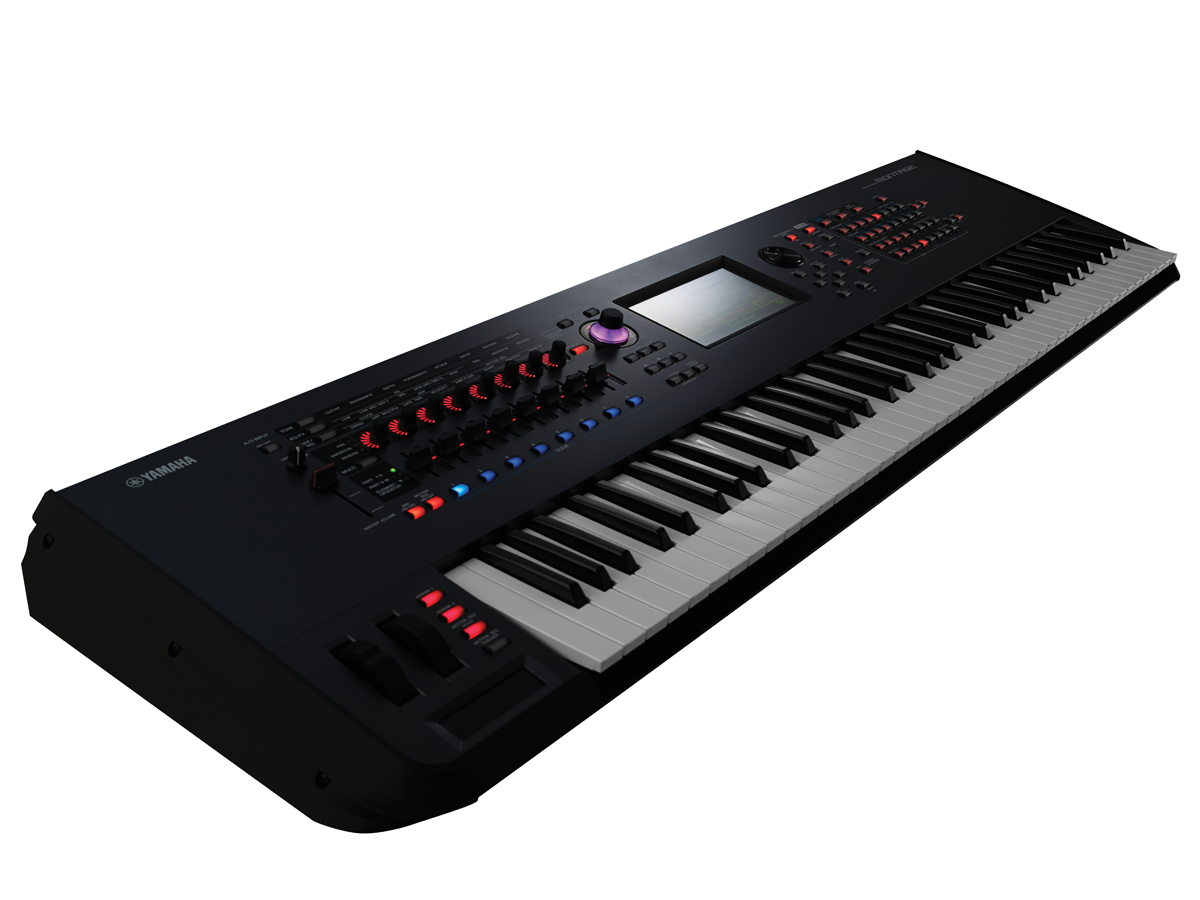 Montage is Yamaha’s brand new flagship synthesizer, and it is really big, in just about every way you can imagine. I’ve had the unit for a few days, and there’s so much going on with it, that rather than rushing a full review,

I thought I’d give you a taste of the time I’ve spent with it so far. You could call Montage a mothership if you like, but don’t call it a workstation, as Yamaha has got rid of most of the features you might associate with that old 90s concept – or if it hasn’t got rid of them, it’s certainly either hidden or updated them for the DAW-conscious audience of the 2010s.

Yamaha says that the majority of its customers simply weren’t using the pattern and song sequencers on its older models nor the ability to sample, although on that latter point Montage has an increased capacity to load in third-party and library waveforms by increasing the keyboard’s flash memory to 1.75GB.

Yet, despite a perceived lack of workstation features, Montage is the most fully-spec’d synth Yamaha has ever released and ‘easily the best’ according to the company.

And while, of course, Yamaha would say that, one listen to what it is capable of and it’s hard to argue with its huge sound. But before that, I had to get it up the stairs first.

The Montage Engine
The main engine within the synth is called The Motion Control Synthesis Engine – that is an umbrella that encompasses an AWM2 and FM-X engine, the sound generators behind Montage.

There are also some great control elements, including eight real-time dials that will be familiar to MOTIF users and the multi-illuminating Super Knob, which won’t – more on this later. One of the Montage’s big stats – of which there are many – is that it ships with 5.76GB of AWM2 sounds (around eight times the amount on the original MOTIF), plus a new FM engine’s worth of sound banks.

There will, then, be literally thousands of sounds to choose from when the keyboard ships, and with 16-part performances and 128 notes of polyphony for each of the synth’s two engines, you can be assured of not just plenty of sounds, but massive ones.

Touch the Layers
At the keyboard’s centre is a large touchscreen that is very usable, with tabs running down both sides and the ability to switch easily between the keyboard’s primary modes. The main one of these is Performance mode, in which the keyboard stays pretty much the whole of the time. Think of this as a massive multi set-up, limited only by that polyphony (ie, not much).

You enter Performance mode and the screen shows you up to 16 parts over two screens (eight per screen), and here you can choose the sound on each part, plus levels, effects and so on. Adding a part is simply a case of hitting the + key, and then you get taken to the main sound selection menu.

Playing a single sound, such as a piano, on the Montage is a matter of just having a single part within a Performance selected and playing it as normal. Want to use the Montage as a big electric piano? Select one part within a Performance and play, although even the individual parts are huge – the Concert Grand Piano sound is just one example and contains 10 dynamic layers and 300MB of samples.

One thing worth pointing out here is that the keyboard works best in Performance mode, when just eight of the possible 16 parts are selected, as you can take advantage of the Seamless Sound Switching feature, which stops dropouts between Performances – effectively it keeps notes in one Performance going while you dial up another.

Live Set Mode
Which brings us neatly to Live Set mode. As you might expect, there’s a lot more for live players here, including this mode where 16 Performances are shown on screen, complete with all of their parts, so that you can switch between these groups of sounds (or massive single sounds, should you be so inclined). The SSS feature really comes into its own in this mode.

Live Set mode is also useful, in that it reveals, at the bottom of each of the 16 Set parts, which of the synthesis engines (FM or AWM) each Performance within the Live Set utilises, and whether SSS is enabled. There are banks of Live Sets, each of which can hold 16 Performances.

For the live player, the benefits are obvious: you could have a setlist stored in here with a Performance per song, for example, but you could also use one for an intro and one for a chorus. And as with so much on the Montage, you can go even deeper…

There are eight Scenes available per Performance, and these allow you to store all sorts of settings – not just the levels and parts but many parameters of each part, all controlled by the knobs and dials above the Scene area.

These will be familiar to MOTIF users who have used a similar system to get hands-on with their sound parameters. They are most often used within Performances to control parameters in real time, and are fantastically easy to use – you simply select a parameter by way of a matrix menu system and then adjust via the eight dials. In Scene mode, you can save the parameters as snapshots. For example, switch between a Scene on a basic level to increase the attack time on a Wurli sound, or add reverb and depth to a piano as you step through the Scenes.

The Super Knob
This is that glowing dial sat in the centre of Montage. It is one of the main new features of the keyboard, and is essentially a macro control, where you assign multiple parameters to it – assigned by those eight knobs to the left.

This can change multiple parameters at once, and a foot pedal will also mimic it – so pro players needn’t worry about using one hand for all of this extra control. You can, for example, turn the Super Knob and it will increase all of the parameters assigned to all eight knobs, or you could turn it and decrease half and increase half – you choose.

Motion Control Sequencing – a ‘completely customisable control sequencer’, as Yamaha describes it – is another big Montage draw. Think of it like the automation tracks in your DAW, so in a Montage Performance you can have eight parts with four lanes of automation each, which can be sequenced together with 16 steps.

This is ‘control sequencing’, as opposed to song sequencing (Montage does have a basic sketchpad song sequencer, by the way), so is used for building and changing sound parameters as opposed to complete tunes – although hearing MCS in action, you soon realise that it adds enough elements to create such diversity within single sounds that complete tunes can be created with just a few note plays.

This is the sound design part of Montage that was emphasised in the demo at NAMM – basically think about huge sounds with a lot of motion and emotion, morphing and movement, all of which is programmable and something you can define over time. It’s new to Montage and will earn it many fans.

One final feature worth mentioning is the Montage’s Envelope Follower, which utilises the analogue inputs to measure the tempo of any analogue signal – drums or vocals, for example – which it can then sync to the internal arpeggiator. What this means in practice is that Montage can sync to your drummer should you wish! You can also use the now-ubiquitous side-chaining effects with this.

By now, you should realise Montage has layers and layers of ‘bigness’, and it certainly looks like a fine update to the MOTIF concept, one of the most successful keyboard ranges in history. I’ll be spending a lot longer with the keyboard over the coming weeks and will bring you a full review of the Yamaha Montage very soon…