In 1962 the original Vox Continental was released to play its part in pop history. Now re-imagined for 2018, Andy Jones says ‘come on baby’, but is his fire lit?

Around 10 miles away from where I was born, the town of Dartford was the somewhat unlikely location of Jennings Musical Instruments. They produced a wide-range of gear, such as flagship Vox amplifiers which included the famous AC30 (as used by, well, everyone really, including The Beatles and The Rolling Stones) and the Vox Continental organ, made famous on House of the Rising Sun by The Animals and many other tracks.

The story of JMI and Vox gets a tad complicated after that, but all you need to know is that Korg bought the brand in 1992 and has been successfully producing Vox-branded gear ever since. Now the company has re-imagined the Continental, with both distinctive looks and that sound, and also packed it full of all sorts of modern goodness.

The original Continental organ was known for its more piercing sound when compared to the broodier and more fullsome Hammonds of the time. However, it’s also very distinctive, making tracks like The Doors’ Light My Fire even more memorable. The original’s appearance was also very ‘look at me’ with a big red flat cabinet and reverse coloured keys.

Korg hasn’t gone as far as doing the latter with the new Continental but has certainly delivered a visually unique keyboard. It has a similar flattened case, a lovely red/orange colour, it comes with a massive stand – which might split opinion on its practical use as it requires its own box – and even has a lit up logo around the back which will be good for advertising during TV performances, at the very least. There’s even a nice bulldog/Union Jack ‘British Spirit’ badge in case you forget the Dartford roots. 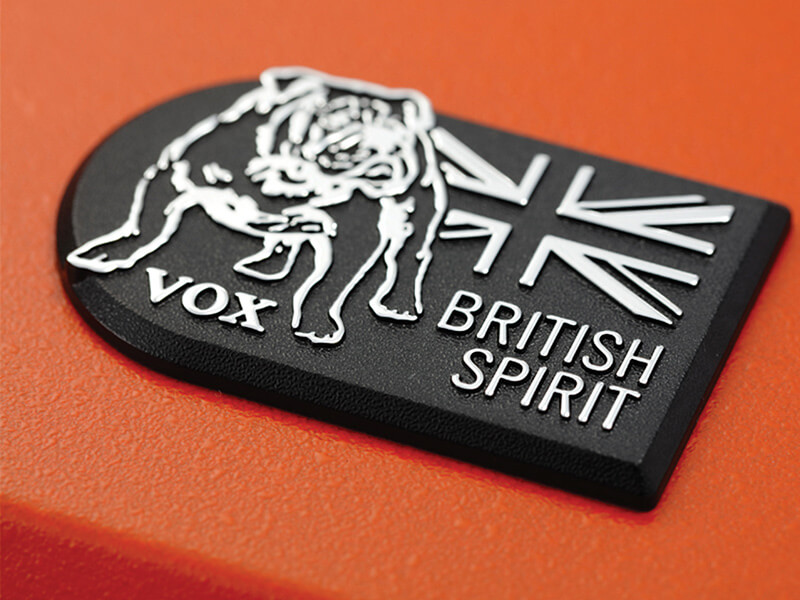 I love the look. There’s a great start-up sequence of lights, an overall Valve/Drive glowing light that intensifies as you introduce the global effect, and the dials light up as you rotate them, something I loved about one of the original Nord Leads. Anything that tries to stand out in a sea of too many black keyboards gets my vote, and this certainly will get the heads turning. The keyboard is also well built and plays very well. Importantly, it is also light in weight for gigging.

As I hinted at earlier, Korg has packed far more into the Continental than the original had, so there are not one but three main organs reproduced here (the others being a Korg CX-3 and Farfisa Compact); three pianos (grand, ’E. Grand’ and upright); three types of electric piano, and even a synth! It’s starting to feel a little ‘Nord Electro’, but in a very good way…

There is… a house…

The keyboard is incredibly well laid out. Instead of all of the instruments above being moulded together in one section with multi-task keys, each gets it own space, ranging from left to right, split by a huge touch-sensitive and LED-lit drawbar section.

Incidentally this quite cleverly trebles up as an EQ, where each ‘bar’ controls a band, and a Key/Layer section where each controls a synth parameter. It’s very clever stuff and all touch sensitive so very easy to use – a bit of genius design all round really.

Within each instrument, you step through each type (organ, piano etc) with a single button and then the Variations thereof (that’s preset sounds) with up down keys.

It couldn’t be simpler. The Organ section gets a few more options for keyboard splits, rotary and other effects but each instrument is logically presented and you simply select each from buttons beneath the Drawbar, which also hosts four buttons for Scene selection.

Finally there’s a separate Effects section over to the right which acts globally on sounds so you can introduce effects including Chorus, Drive and Flanger, even on that fine grand piano sound if you so wish.

This is one of the few things I’ve reviewed that I really don’t need – I have a ton of great software instruments that do the same thing, and even an electric piano that does an equal job – but I absolutely want it. It’s super fun to play, it has real character, it sounds as filthy as you like (when you want it to) and it’s got badges on it ferchristsake. 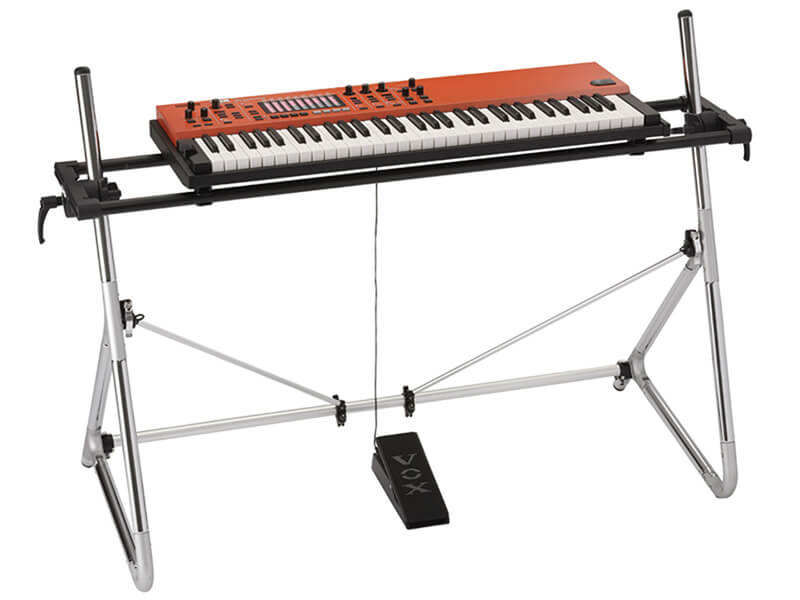 I’ll start with the organ sounds as it’s the focus of the instrument – the pitch-bend even controls the Leslie in Organ mode. The Compact offers everything from vibrant Inspiral Carpets-recalling Farfisas to smooth and mellow tones; sub-bassey church to vox-y (as in voice) presets. They’re varied and great quality.

The CX-3 is bigger again, more distorted on occasion – deliberately so – and sometimes very deep indeed. On to the main event, the Vox section, and these are as memorable as the songs they launched. Reedier than the other sections, these are classic ’60s tones. I dare you to scoot past numbers 10 and 11 without trying to be Ray Manzarek. I lost half an hour trying and still only managed to nail the first 10 notes of that intro.

On to the Electric Piano section, and we’ll start with the FM sounds. It’s a matter of taste here, but those west coast sounds were never a favourite, but some of these are very good indeed: rich and vibey and very classy plus a wide selection of tones over just seven Variations.

The Tine section is lighter and – how to describe it – plinkier. More lightweight and perhaps my least favourite. The Reed section is very nice and I think, of all the sections on the Continental, the Electric Piano is the one that invites effects more than any. I love my piano sounds to be dark, gritty and almost destroyed and you can easily do that here.

Before I move on to the next, I should make mention of the effects. As well as being easy to use, the combination of the Valve Drive and standard effects can easily become overpowering. Make sure you have your levels balanced and on a low setting, initially anyway.

Back to the acoustic pianos and while E.Grand has only five Variations they are very, well, varied. You get classic tones in the Upright section, of course, and both beauty and elegance in the Grand. The Key/Layer section is the biggest surprise as it’s full of instrument sounds you wouldn’t expect to hear on something called ‘Continental’.

Yes there are more organs (pipe) in the Key section (plus more classical instruments) and I’ll ignore the Brass section, but the Strings section offers some wonderful examples plus choir presets. It’s the Synth and Lead parts that really stand out, though, as combined with the touch-draw bar section, you get access to parameters like Resonance and Pitch LFO so you really can synthesize – and great fun it is too!

Any drawbacks? Well you may want more Split features, as they’re only on the Organ, and it lacks a mod wheel. But to be honest the Continental more than makes up for these absences with its distinctive sonic quality, character, and gorgeous styling. It can be as clean as you like, or as dirty and grungy as I like. Korg has managed to retain all the cool of the original and that’s no mean feat.

I’ve reviewed every Nord product bar the latest Electro and loved them all. Like the Continental, the Electro is an organ, piano and synth in one keyboard. You get access to the incredible Nord sound library but
it perhaps lacks some of the fun. www.soundtech.co.uk

For a software alternative, there really is only one choice. V Collection gives you access to a vast number of classic keyboard emulations – including the original Continental. It’s software, so you don’t get the flashing lights, but it is cheap.