A hardware sampler from Yamaha? What madness was this? Time to reminisce about the Yamaha A3000, Star Trek, and the mashed-potato song… It’s 1997 and a young Holmes is in the middle of his Music Tech A Levels. After getting his hands on a shiny silver Korg Trinity for synth and sound duties, his attention […] 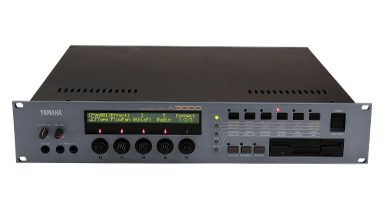 A hardware sampler from Yamaha? What madness was this? Time to reminisce about the Yamaha A3000, Star Trek, and the mashed-potato song…

It’s 1997 and a young Holmes is in the middle of his Music Tech A Levels. After getting his hands on a shiny silver Korg Trinity for synth and sound duties, his attention turns to hardware samplers, but which should he go for?

The Akai S2000 seems a reasonably priced and highly praised staple, or there’s EMU’s ESI-32, with its characterful filters and (moderately) large screen… But wait! What’s this? Yamaha has just released a feature-packed 2U rack sampler for around the same price. Sold!

It was a while back now, but I seem to remember my thought process went something along those lines. At the time, Yamaha wasn’t really known for sampling, so it was a bit of a shock release. And also, it was, God forbid, blue. It seems weird saying that out loud, based on the colours of today’s hardware, but at the time, this was a pretty avant-garde move.

The RRP for the A3000 was £1,299, with a few additional upgrade options to boost the paltry 2MB of memory and add additional outputs and a SCSI port. After saving up some money, I got mine with a few of the extras, and began my sampling odyssey.

…Well, not quite. You see, the A3000 was jammed to the brim with features such as 64-voice polyphony, 16 parts multitimbral, three effects blocks with 54 effects, built-in raw-synth waveforms, comprehensive modulation routings and a host of editing functions, but Yamaha had paired it with a tiny two-line LED display and a clunky operating system that made every task a chore. To top things off, the manual was a 370-plus-page epic tome, and even the V2 software update came with its own additional 50-page booklet.

The small-resolution display made trimming very difficult and setting the start, end and loop points had to be done largely by ear. I looked like some sort of crazy safe cracker as I sat squinting into the middle distance with headphones on, twiddling the dials in the vain hope of hitting on the right setting. 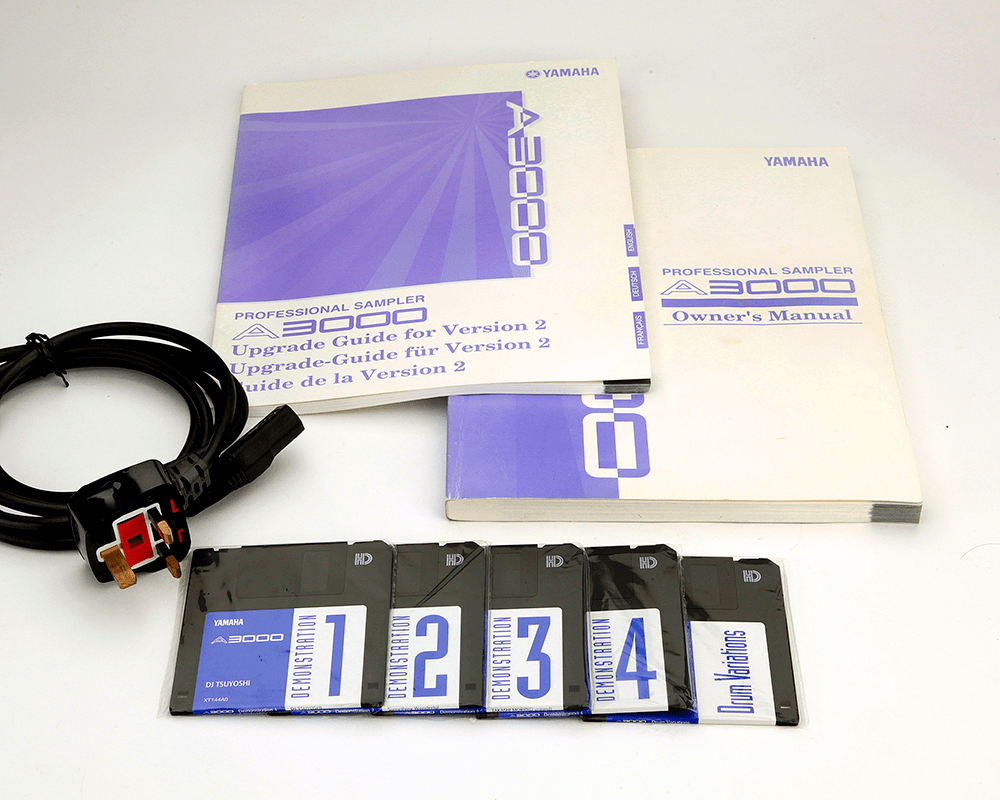 And yet, despite this, I loved it. I’d been using Notator and MicroLogic at the time, which lacked audio functions, so this was my first foray into the world of manipulating sound and audio.

I seem to remember it came with a CD with a bunch of samples on it, including some from a Fatboy Slim sample CD. We’ve got so many thousands of samples at our fingertips these days, that it’s odd thinking back to using the listening post in my local audio shop to preview the latest Zero-G releases.

As ever, if you can, you’re better off making your own sounds. My efforts mostly involved sampling live guitar, chopping up beats, and lifting spoken phrases and sound FX from Star Trek. Actually, that reminds me, there’s a particularly tasty Star Trek-based garage tune somewhere on the depths of my HD that could do with a revival!

A couple of years later at uni, I was writing a track with a couple of my friends. We’d had a few beers and for some reason, thought it was hilarious to write a song about chickpeas and mashed potato. I distinctly remember my main contribution was mangling my friend’s voice for the middle 8 using one of the built-in FX that randomly shuffled audio pieces about.

I think the effect was possibly called ‘Jump’. The effects section was really the best part of the A3000. You had three blocks that could be rearranged, and some really killer stock and creative processors, which could even be used with the audio input in real-time, turning it into a PC sized FX-unit.

Fast-forward another year at uni and the A3000 was called in so I could perform live sound effects at key points in a theatre production. There were a few very tense moments during rehearsal, brought about by the fact it would occasionally freeze at will, and would subsequently take nearly 10 minutes to reload all the samples into memory. Thankfully, it didn’t let me down.

Yamaha subsequently also released the A4000 and A5000, with much better screens for editing – but by that time, the writing was on the wall. Hardware samplers were major victims of the rise of software production, and once I’d fully got to grips with the ease of using EXS24 in Logic, the old A3000 started gathering dust until it was sold.

Sometimes, on a cold lonely night, I think back to the times I had with the A3000 and miss the way it pushed you to be creative with your sample programming…

Then I wipe away a tear and load up a project with 23 instances of Kontakt.