If you’re nostalgic for the big, booming drum sounds of bands like Led Zeppelin, Black Sabbath et al, then Toontrack has something intriguing to offer. Matthew Mann shakes a stick at Big Rock Drums Details Price £50.95 Distributor Time+Space Contact via website Web www.timespace.com System Requirements EZDrummer 2 or Superior Drummer 2.4.2 I would never admit to my best […] 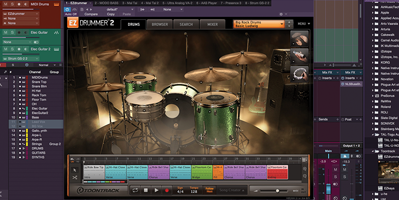 If you’re nostalgic for the big, booming drum sounds of bands like Led Zeppelin, Black Sabbath et al, then Toontrack has something intriguing to offer. Matthew Mann shakes a stick at Big Rock Drums 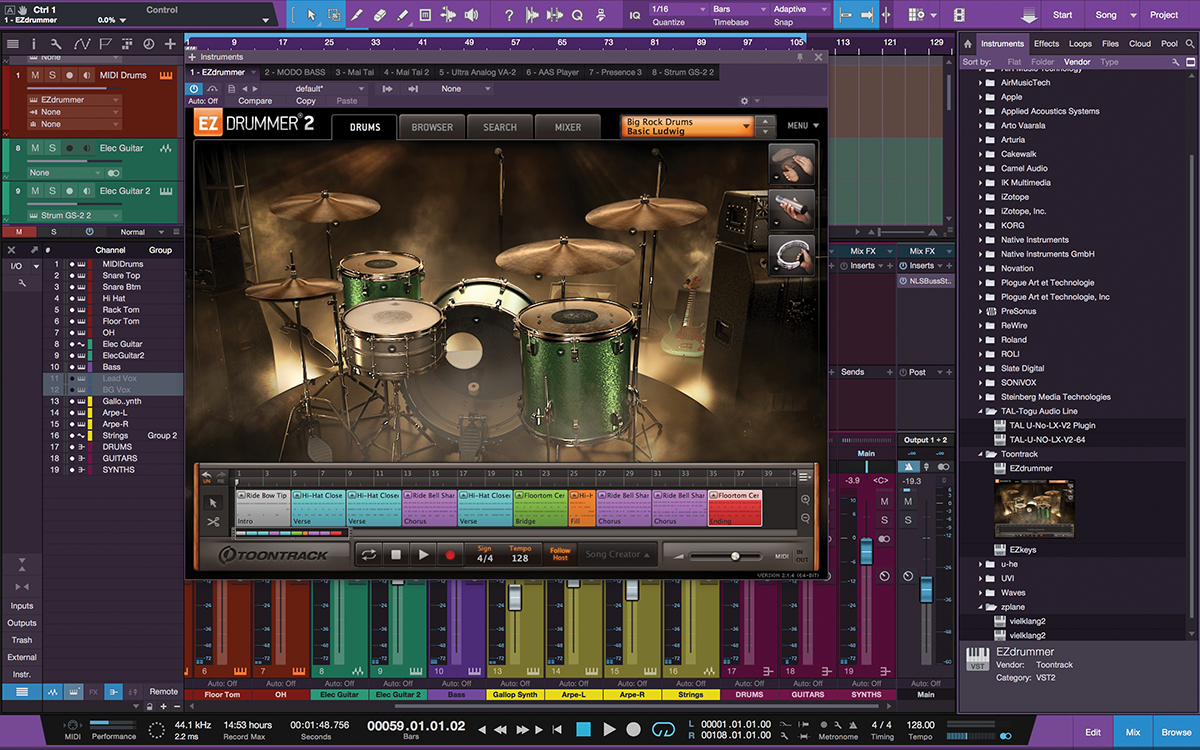 I would never admit to my best friends growing up that I liked hard rock. We sat and listened to the likes of Depeche Mode, The Art Of Noise and punk stuff like The Sex Pistols and Bauhaus. Never would I have let on that I had a secret love of some of the hard rock bands from the 70s and 80s… they probably would’ve shunned me for life.

But I did (and do) like bands whose guitars were heavy and drums were heavier. Led Zeppelin, Rainbow, Deep Purple and even later bands like Quiet Riot and AC/DC – all with thunderous and earthshaking drums – filled my headphones when I was by myself. Let’s see if Big Rock Drums will take me back to yesteryear. 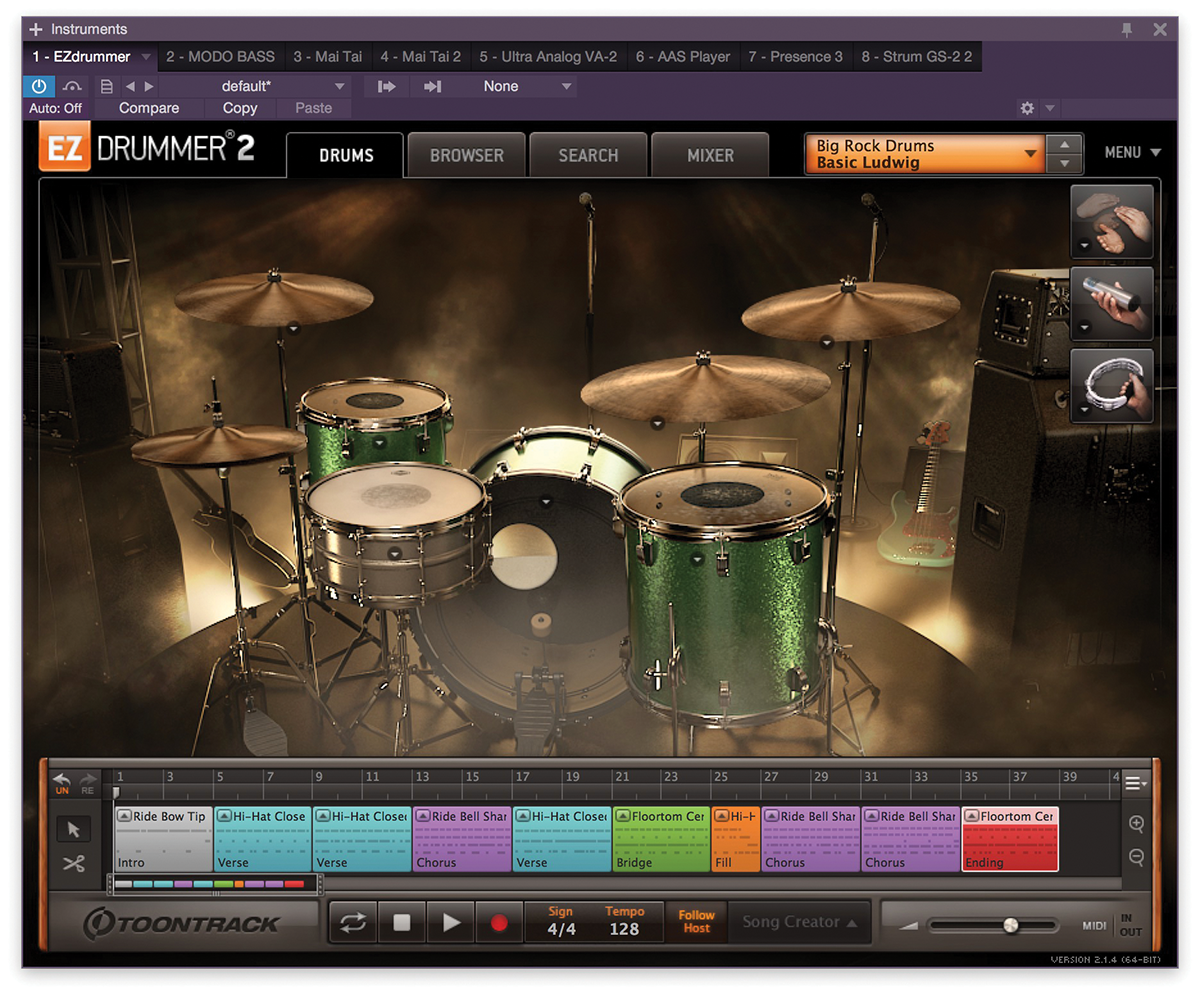 Some of them – such as the Ludwig and Mayer Bros. kits – were around when some of these classic records were made. Other kits – like the C&C and Camco – are more modern, yet capture that same sound… with a little bit of modern flair. Let’s take a look at what’s on offer.

There are a total of 17 presets, which range from basic kits in their purest form to the same kits with more overhead mics or compression/reverb in the mix. There are presets featuring phaser drums and delayed drums – there’s even a Mayer kit with just a kick-drum mic and a mono overhead.

Of course, as with the other EZX packs, every kit is customisable. Snares, toms, kicks, cymbals and percussion can be chosen from anything that comes in the pack. You can customise the kits further with compression, reverb, tape saturation, and bleed from other drums. Each drum can also be routed through its own output into a DAW and processed individually for even more flexibility. 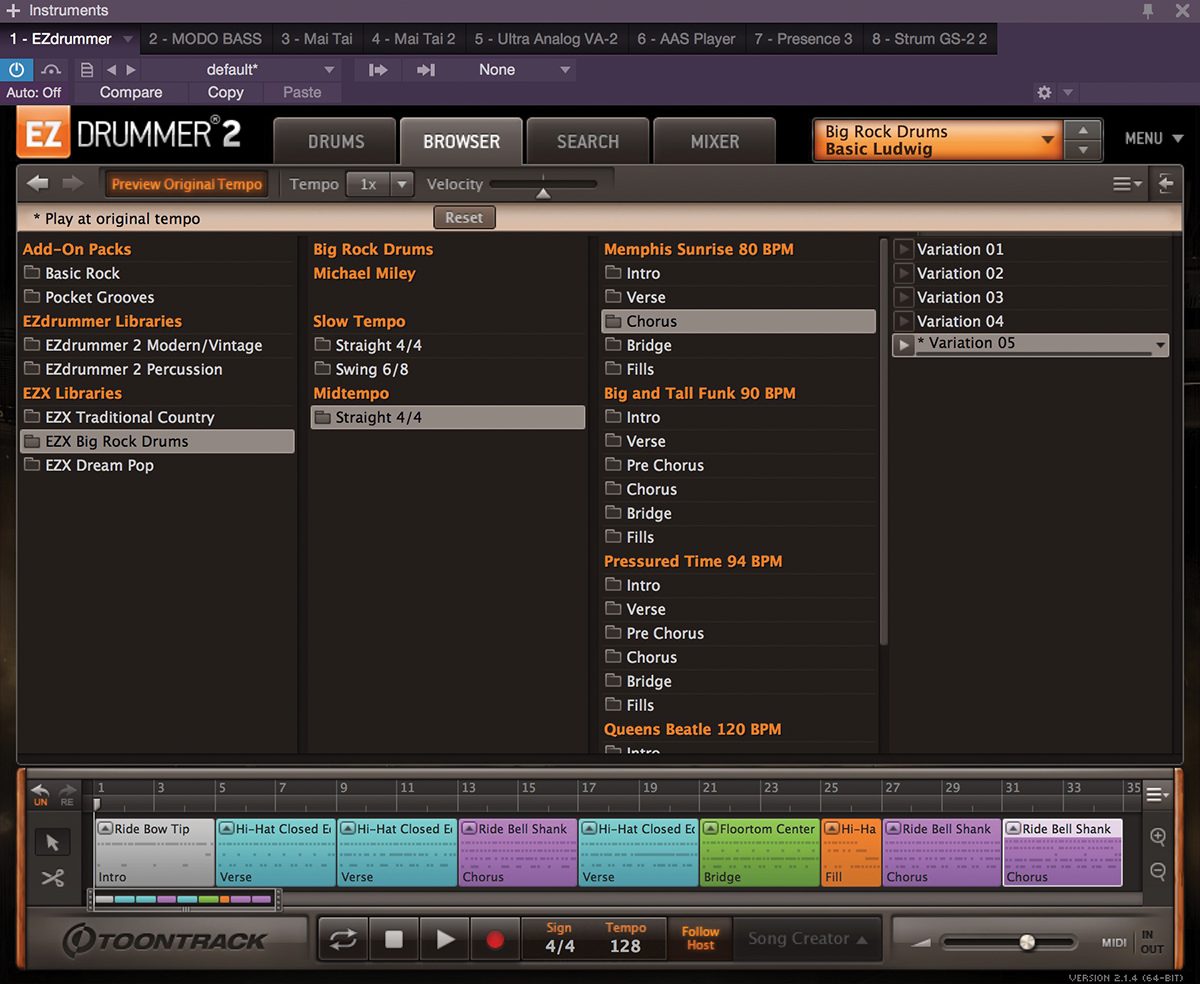 Will the levee break?

I was immediately taken with the wide-open, roomy sound of these drums. Each kit is huge and meaty in itself, but adding the additional channels in to taste can go miles toward customising your own kits and really making them monstrous. The kicks and toms are tuned to really boom. The snares crack and a couple of them have ring for days. The crashes are mostly from the Zildjian A & K Series and range from thin and bright to warm and dark.

All the drums were sampled by Michael Miley (the drummer of Rival Sons), and engineered by Dave Cobb (the Grammy Award-winning engineer with credits for the likes of Europe, Zach Brown Band, and Rival Sons) at Cobb’s Low Country Sound Studio in Nashville, Tennessee. Their intent was to capture the raw power and huge sound of those classic records in a format that would be usable for the modern producer and in that, they succeeded.

The only suggestion I’d make would be to include just a few more MIDI drum patterns. The ones included were excellent, but there were no up-tempo patterns and just not enough in general. I love using a real drummer’s patterns as starting points in my productions and these were so good that I just wanted more of them. 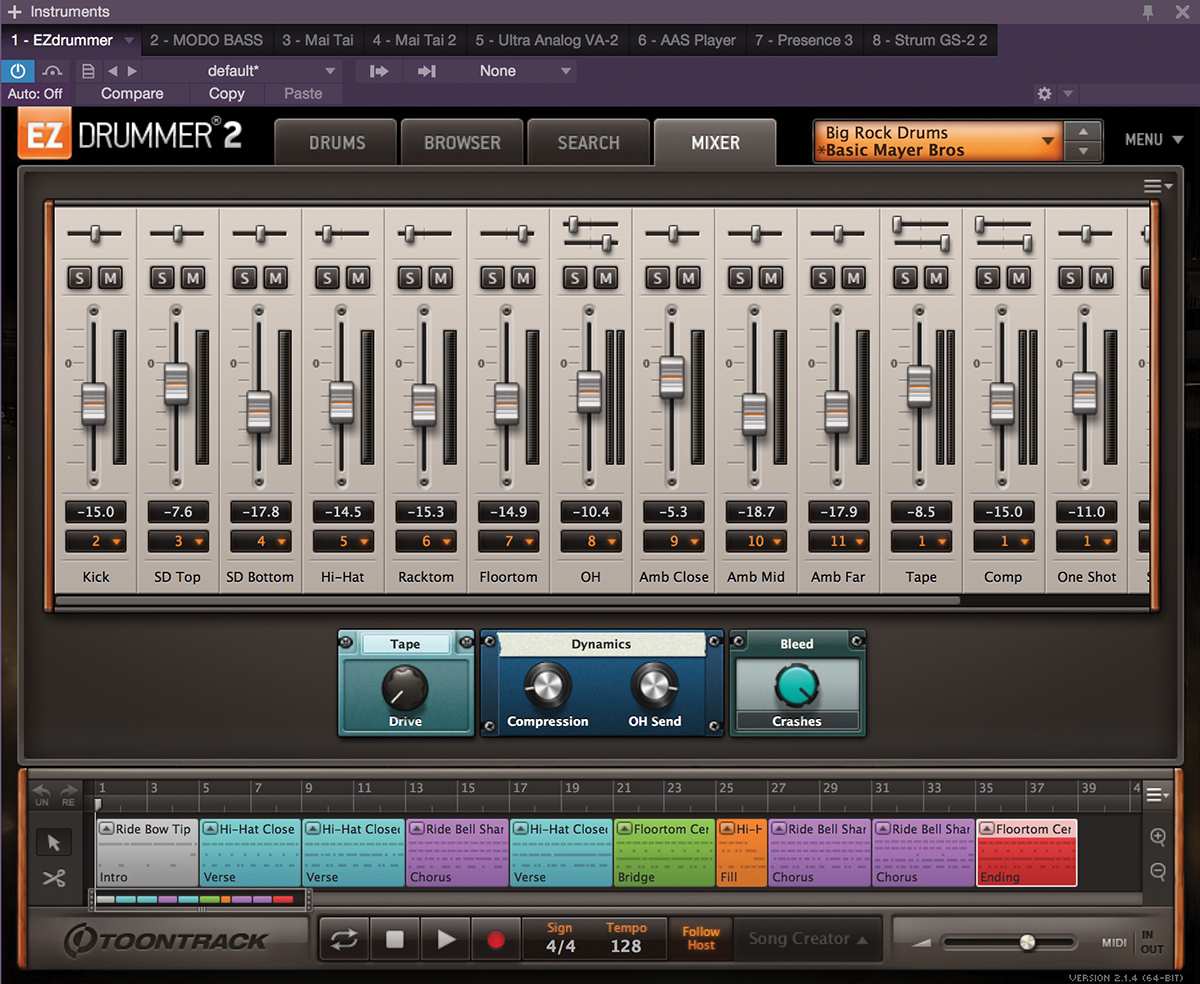 Every snare, every cymbal, every gargantuan kick drum was meticulously captured in brilliant detail. Miley and Cobb obviously spent some time on this collection and put serious thought into ways to get that sound and spirit.

This pack is intended to give you the sound that was a big part of the invention of the metal sound of the 80s and even influenced the grunge-rock sound of the 90s. But it’s not just for use in your dad’s classic-rock covers band: these kits can be employed to great effect in independent projects requiring an earthier, more natural sound than the crystalline drums of much modern pop and rock.

Use these in grunge, rock, indie, earthy pop – whatever you want.

Just remember: they may very well take over your production with their huge sound and attitude.The point is that no matter what style you’re after, if it involves huge drums, Big Rock Drums will certainly get you there. 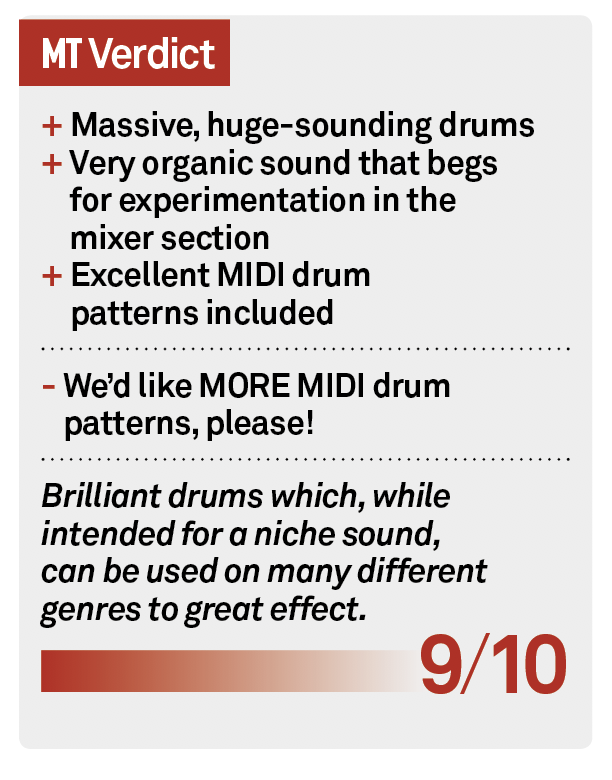