by Will Betts
#Accessories
Reviews

Could IK’s latest versatile mount be a must for tablet-toting performers? We get attached to the iKlip 3 – just watch your fingers… 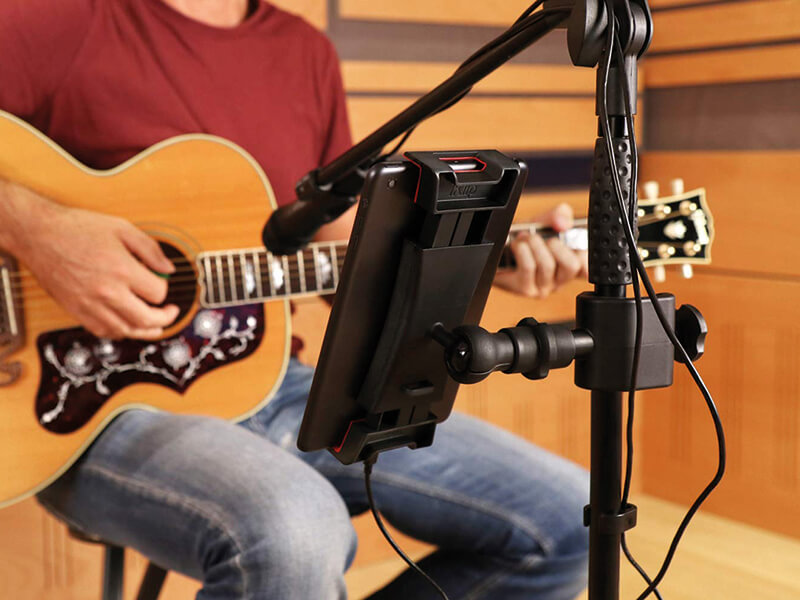 Tablet-mounting solutions aren’t guaranteed to set the world on fire. But if you’re a tablet-wielding artist, you should certainly check out IK Multimedia’s iKlip 3 series. It could make your life significantly easier.

IK’s new iKlip range comprises three products. The iKlip 3 is an update to the company’s successful iKlip Xpand mic-stand support for tablets. The design means it can be mounted quickly and securely to the boom arm in front of a singer, or on the upright of a mic stand, either on the front (for effects) or out to the side (for sheet music).

The iKlip 3 Video, meanwhile, offers the same tablet bracket with a mount that attaches to the top of a tripod, for lightweight video production and a thread adaptor to mount it on the top of a straight mic stand. The iKlip 3 Deluxe comprises the tripod and mic-stand attachments.

iKlip 3’s main new feature is a new quick-locking reorientation function that’s achieved with a pull-and-twist motion. The mechanics of this are really quite clever. And if you’re using a tablet on stage for more than one thing – ie, effects and lyrics – it gets you from portrait to landscape, or thereabouts, in a blink. In theory, there’s no screwing or unscrewing required to change orientation, just a pull and twist. In reality, sometimes a small amount of additional adjustment – and a bit of unscrewing – is also necessary to get the tablet to exactly the desired spot. 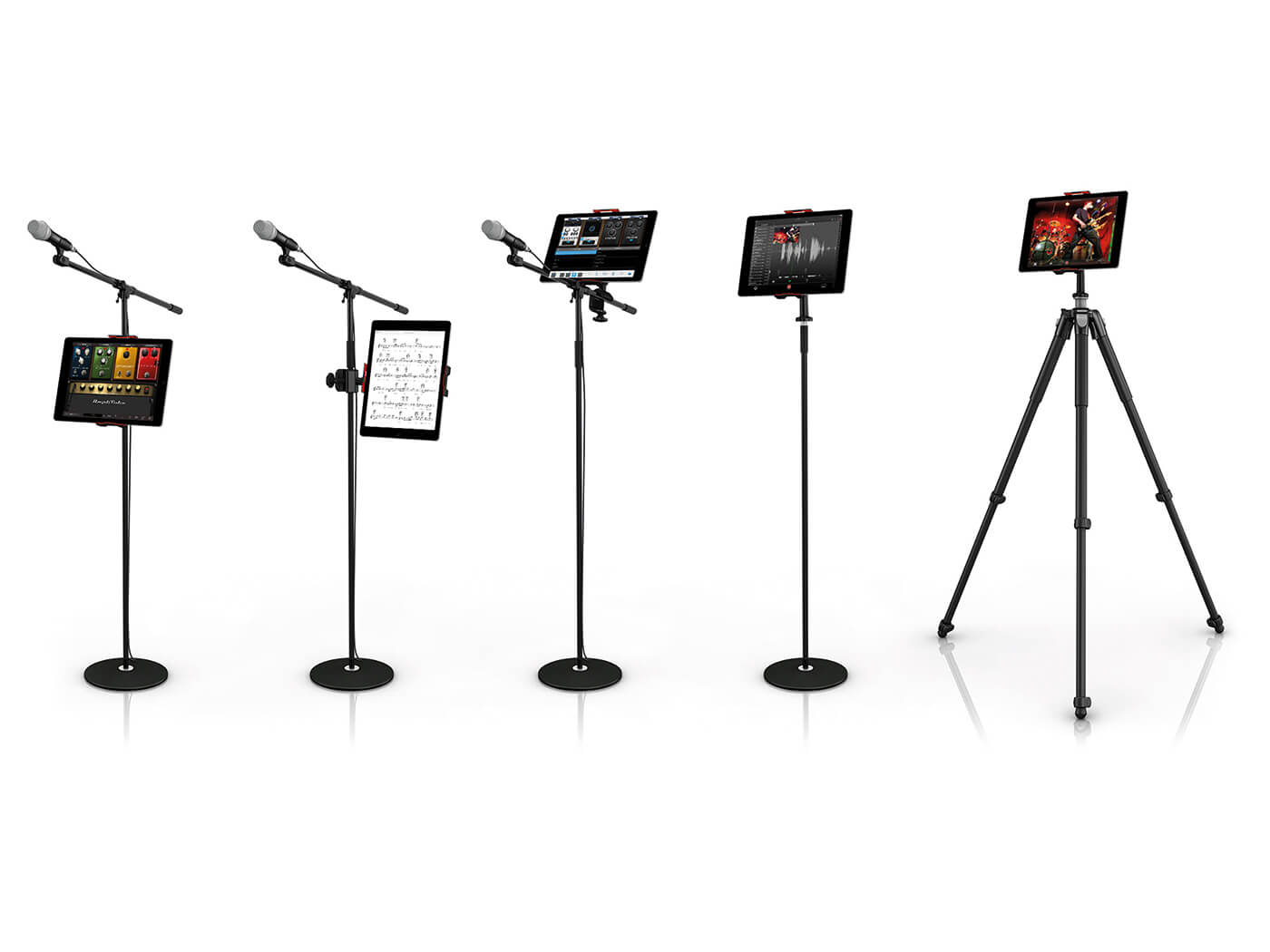 This feature is paired with a new ball-and-socket joint design. The ball on the back of the tablet mount sits inside a socket that’s attached to the mic stand. To open up the socket to get the ball to fit, there’s a plastic nut that can be loosened by hand. The closer the nut is to the socket, the more snugly the ball fits. The problem comes when the nut is loosened too much. Somewhere between three and four full turns, a vital part of the mechanism falls off. That’s something you really want to avoid on stage.

A handy mnemonic: ‘Turn it three, that’s enough for me. Turn it four, tablet’s on the floor.’ Once you get more familiar with it, there’s no major issue, but it does take a bit of getting used to. When fully tightened, the ball-and-socket joint holds the tablet bracket sturdily, with no noticeable sag.

The new tablet bracket is certainly an improvement on the previous design, too. The iKlip Xpand had four arms, each with a small rubber grip which had a frustrating habit of disappearing. Not so on the iKlip 3, however. The new design has two, large rubberised inserts for gripping your tablet and these are glued securely in place, preventing scuffs.

Both of the wide, vice-like grips that hold your tablet have cut-outs for threading cables to your connected accessories. There’s a plastic loop on the back specifically for tidying cables or attaching a miniature interface, so you don’t need to find other ways of taping or Velcroing your audio interface (or another device) to the mic stand. This is a great solution and means that cables are not put under stress, especially when you turn your tablet from one orientation to another.

One small gripe with the bracket is that the spring action is so strong that removing a tablet can be a little perilous. It’s quite easy to give yourself a painful pinch on the finger.

However, between the rubber inserts that keep your tablet from getting scratched and the impressively strong spring action of the tablet bracket, tablets feel secure being held by the iKlip 3.

If you’re a performer making use of a tablet on stage, then the new quick-lock reorientation function could make it a worthy upgrade. Equally, if you’re using tablets in the studio for lyrics as well as control over personal monitoring, this could be a tremendous asset. If you don’t have a tablet, then move along. 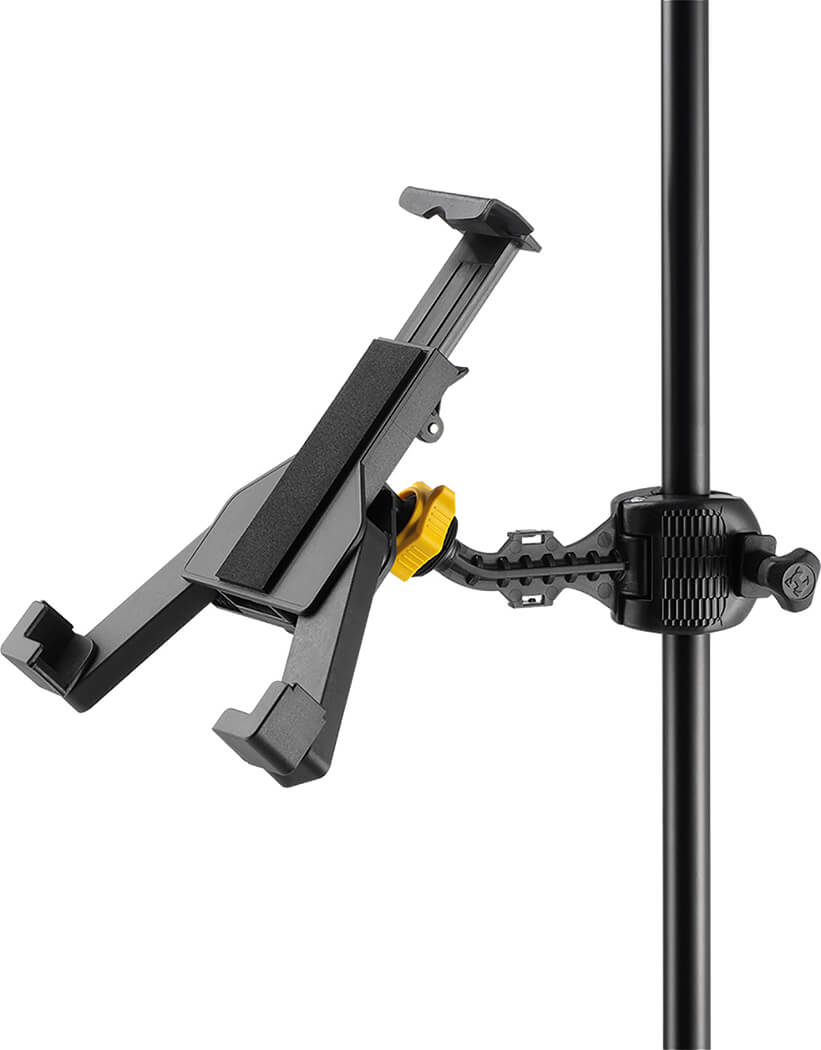 Offering a similar ball-and-socket design, the Hercules isn’t quite as rugged in its construction but does come with a suction pad for mounting your tablet to a desk for production work. It doesn’t offer the same flexibility of attachment as the iKlip 3 Deluxe. 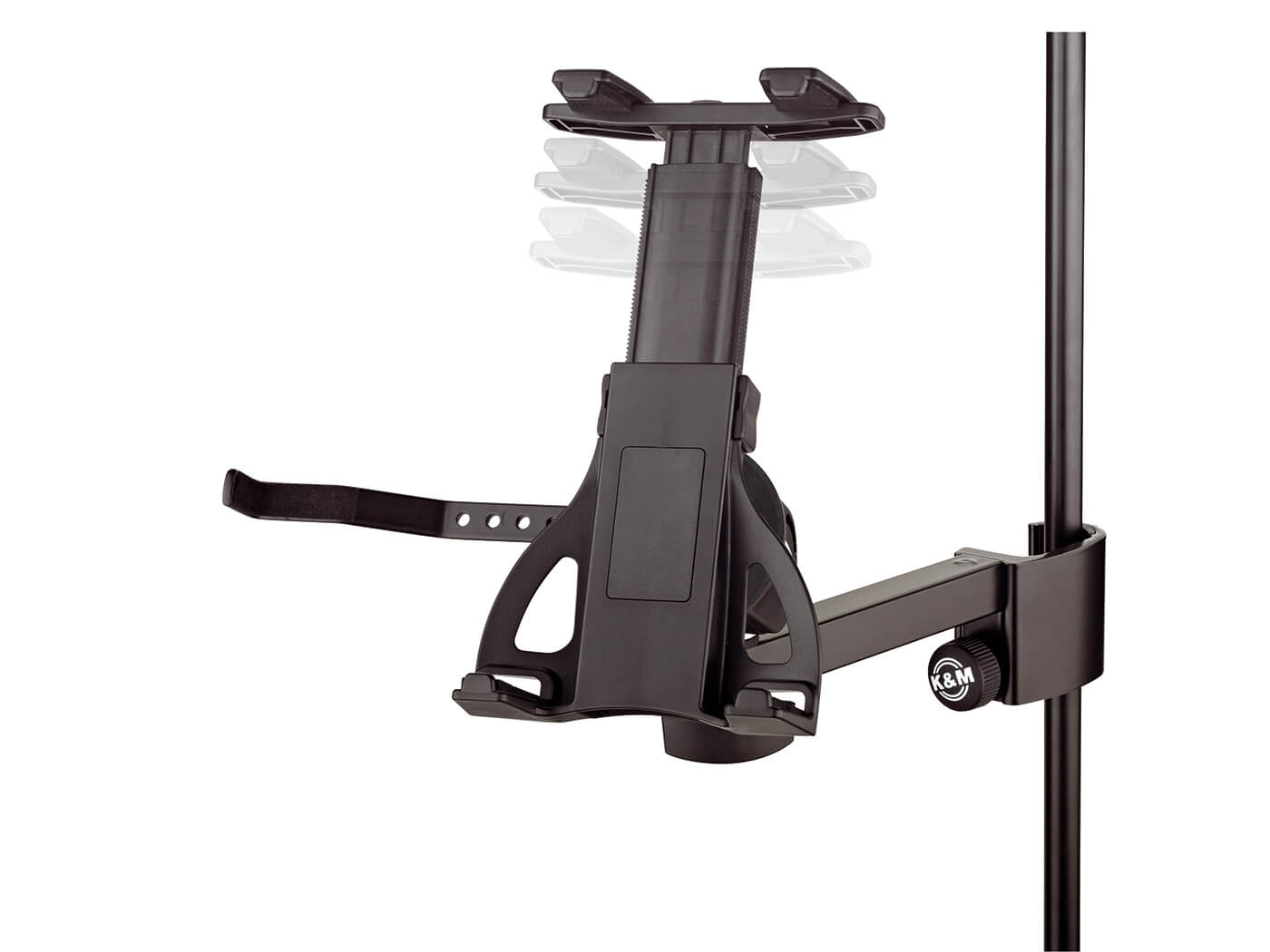 A high-quality but bulky tablet-mounting solution from the German brand. Benefits include a pre-sizing mechanism paired with a lower tension spring.