Do you fancy a set of headphones that deliver a mixing experience ‘very close to a set of studio monitors’? Of course you do, but they will cost you… 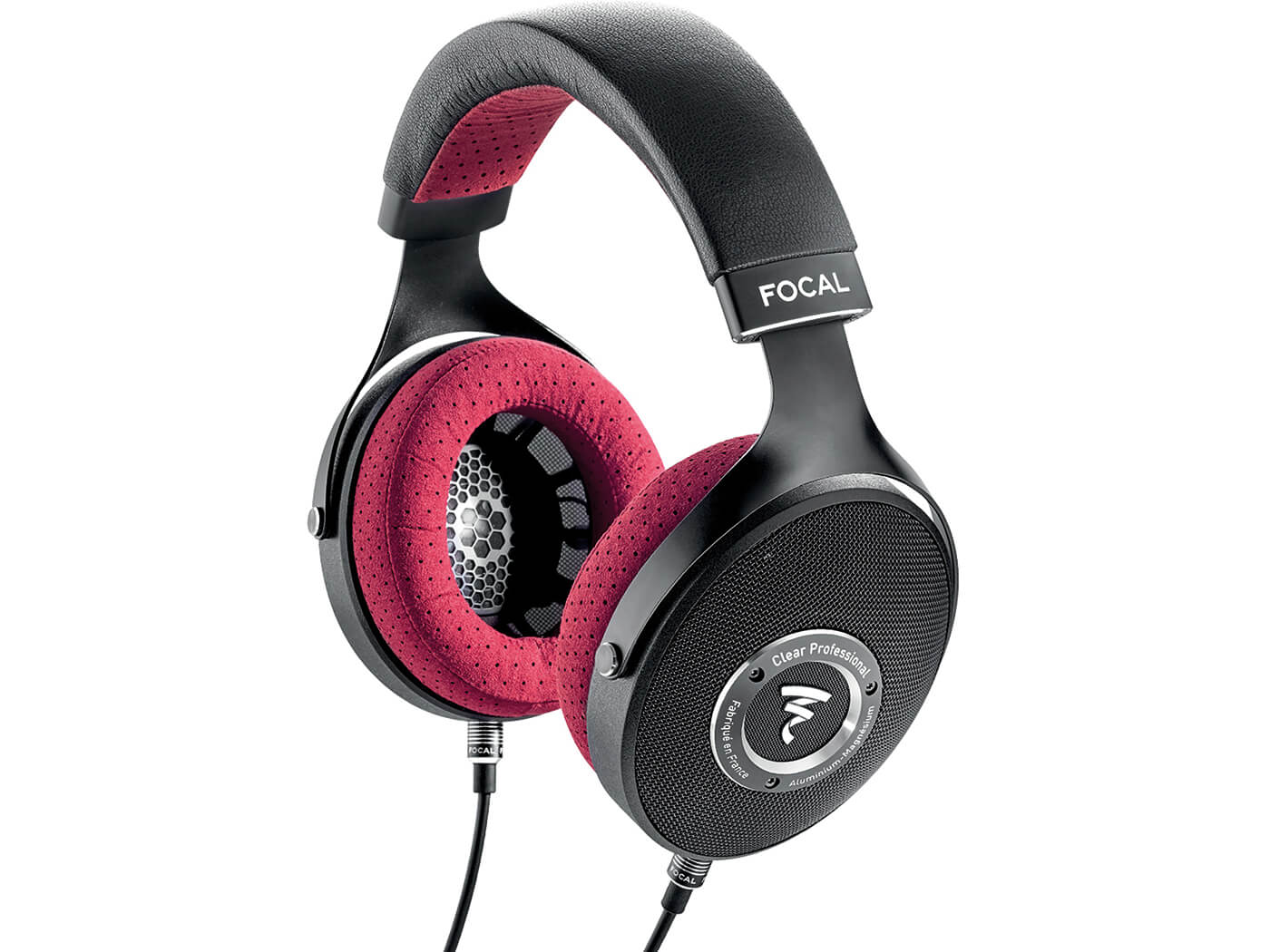 Headphones are certainly becoming more important for music production, as more and more people take up this most satisfying of pursuits, only to perhaps find out they don’t always have the ideal setup or space for ‘proper’ monitoring. Manufacturers are willingly stepping up to meet that demand – of course they are – and specs are rising as quickly as that demand is being met. Prices are on the up, too. Previous to this, my most expensive phones experience was just into four figures, but the Clears from Focal weigh in at around £1,290 street, so they will easily cost you as much as a decent set of speakers.

We had previously looked at Focal’s other pair of new headphones, the Listen Professionals. At around £168 street, they’re obviously more entry-level, but they delivered great results. So are the Clears worth 10 times the price?

The biggest difference between these and their cheaper sibling is that the Clears are open-back headphones, whereas the Listen Professionals are closed-back. Closed-back headphones offer a more intimate mix experience; all of the sound is directed towards your ears with less escaping to the outside world. Less sound going out means you won’t annoy anyone in the room and less sound coming in means better isolation from the outside world, so less to distract you and interfere with your mixing. You’ll hear more detail and mix better – in theory, anyway.

Open-back phones allow more sound in – a terrible idea for detailed mixing, you might think – but also offer a much wider, more natural sound stage. You’ll hear more of the outside world, yes, but if you’re in a quiet room mixing on open-back headphones, the thinking is that it’s a situation that will deliver a more ‘monitor like’ experience – great if you’re limited in space.

So which is best? In my experience, testing a couple of four-figure open vs closed back design, it’s open for stereo positioning and a more joyful playback, closed for critical detail.

How to disappear completely

Focal claims that the Clear Professionals offer “a listening experience very close to a pair of monitor speakers”, so that adds weight to the open-back theory. The company also claims that they ‘disappear’ when in use, possibly the greatest compliment you can pay a pair of phones when mixing. You want that monitor-like mixing experience and you’ll want it for reasonably long periods, so you don’t want something heavy and hot around your face.

First impressions are of ‘quality’. The unboxing is pretty special: the phones are housed in a fairly rigid case with a cool, grey textured design, while the accessories are laid out in a separate case rather like John Wick’s assassin-gun accessories.

Surprisingly, considering they are apparently going to disappear, the phones weigh in at a not inconsiderable 450g, nearly 200g more than the Listen Professionals. However, they don’t feel that much heavier after adjusting to fit. The leather headband can be fitted to just make contact with your head and the pads feel snug enough, but not too constraining. I wouldn’t say they entirely disappear, but they’re nicely camouflaged, nonetheless.

Time to run my usual and varied list of reference tracks through them and I’ll be comparing them not only with their cheaper sibling (simply because I still have them in the studio) and also with two cheap and mid-priced reference phones weighing in at £180 and £599 respectively. I’d love to put them up against the AKG K-812s – my previous favourite open-back experience – but sadly, they were too expensive to purchase. A quick note on the supplied leads: the straight one to mini-jack is too short for me and the coiled one – my preferred option – goes to a 6.35mm stereo jack. I’d have preferred a mini-jack and then to take advantage of the supplied 3.5mm to 6.35mm should I need it.

So to listening, and the first thing that will strike you about the Clears is that they will deliver the goods at low levels – not expected, given their open nature and I was expecting to have to drive them harder. Then you’ll quite quickly conclude that they are simply not trying as hard as other phones – but in a good way.

My cheaper reference phones seem to be clamouring for attention in the mids in comparison, as do, to a certain extent, my mid-priced phones, whereas the Clears are saying ‘this is how it is, take it or leave it’. They’re delivering an understated accuracy and beautiful width and soundstage that I don’t recall experiencing before. It’s a far wider one than the cheaper Listen Professionals, but I’d say their relative accuracy is similar, although these feel a little more vibey in response.

Dare I say the Clear experience is almost relaxing, as you immerse yourself in their truth. The bass is tight, but not restricted; it’s doing everything it should within its limits – something particularly evident on Leftfield’s Leftism. Song For Life’s most solid of kicks, basses and loops are given more definition – it’s not a spectacular revelation, more ‘this is what has always been here, you just haven’t noticed before.’

But I’m not sure that the Clears are revealing anything to me that I’ve not heard before – something that has occurred in previous eureka-moment headphone experiences – but they are presenting me with these oh-so-familiar tunes in a more joined up way, perhaps how the original producers really did envisage their music to be heard. It’s as if each track has been polished a little, perfected in the mix and then mastered – which is what happened at the mix stage, of course, but is not so obvious on more enclosed (and frankly cheaper) phones.

On my own mixes, more frailties are revealed – annoying but also brilliant in equal measure, as I’m now in a much better position to fix them. Everything is there and more spread out with a dimension not present in a closed-back situation. Don’t get me wrong, the open-back solution won’t be for everyone, especially if you are mixing in a noisier environment, but open-back phones like this definitely offer a more immersive experience, one where you are almost ‘in the moment’ with the band in the studio.

I should also add that these particular phones reveal flaws in formats more than your cheaper headphones will – you’ll probably never listen to your iTunes collection again if you compare that compressed format to its CD equivalent, as I (perhaps foolishly) did.

The Clear Professionals have confirmed my thoughts on the open vs closed debate. Personally, I’m an open kind of guy, as the playback is just so much more spacious. However, these also seem to give you that detail promised by closed-back phones. With the far cheaper Listen Professionals, Focal promised this best-of-both-worlds result: a ‘semi-open’ compromise. But I’d argue that it is more present with these and it’s certainly no compromise, as the Clears deliver the vibe, the accuracy, the space and even, to a certain extent, some of that isolation afforded by closed-back phones.

It’s hard to recommend anyone spend this kind of cash on a set of headphones – and, as always, audition before buying – but these are quite simply the best all-round cans I’ve experienced in recent reviews and deliver outstanding results overall.

Tough question. We’d still only recommend critical mixing on headphones if you really can’t experience true monitoring because of practical reasons, or it’s your secondary monitoring scenario. If that’s the case, you don’t really want to spend four figures on ’plan B’, as it were. However, if you want the best experience when mixing with headphones and have the cash, it doesn’t get much better, you lucky so and so… 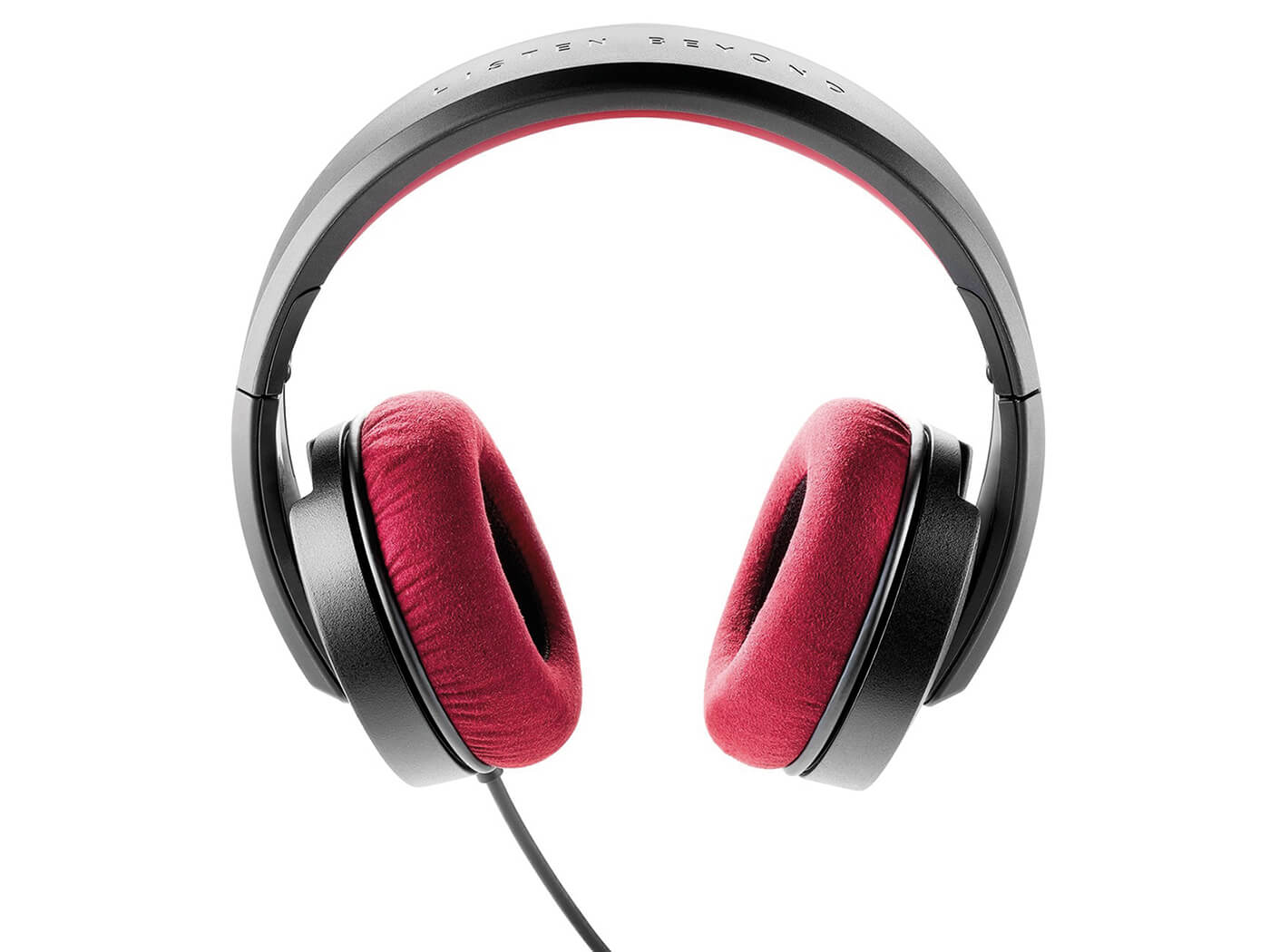 Not comparable price wise, but they share many features and the general aesthetic. I’d thoroughly recommend lining the two up just so you can hear the open vs closed debate in full force. These are a great budget buy either way. 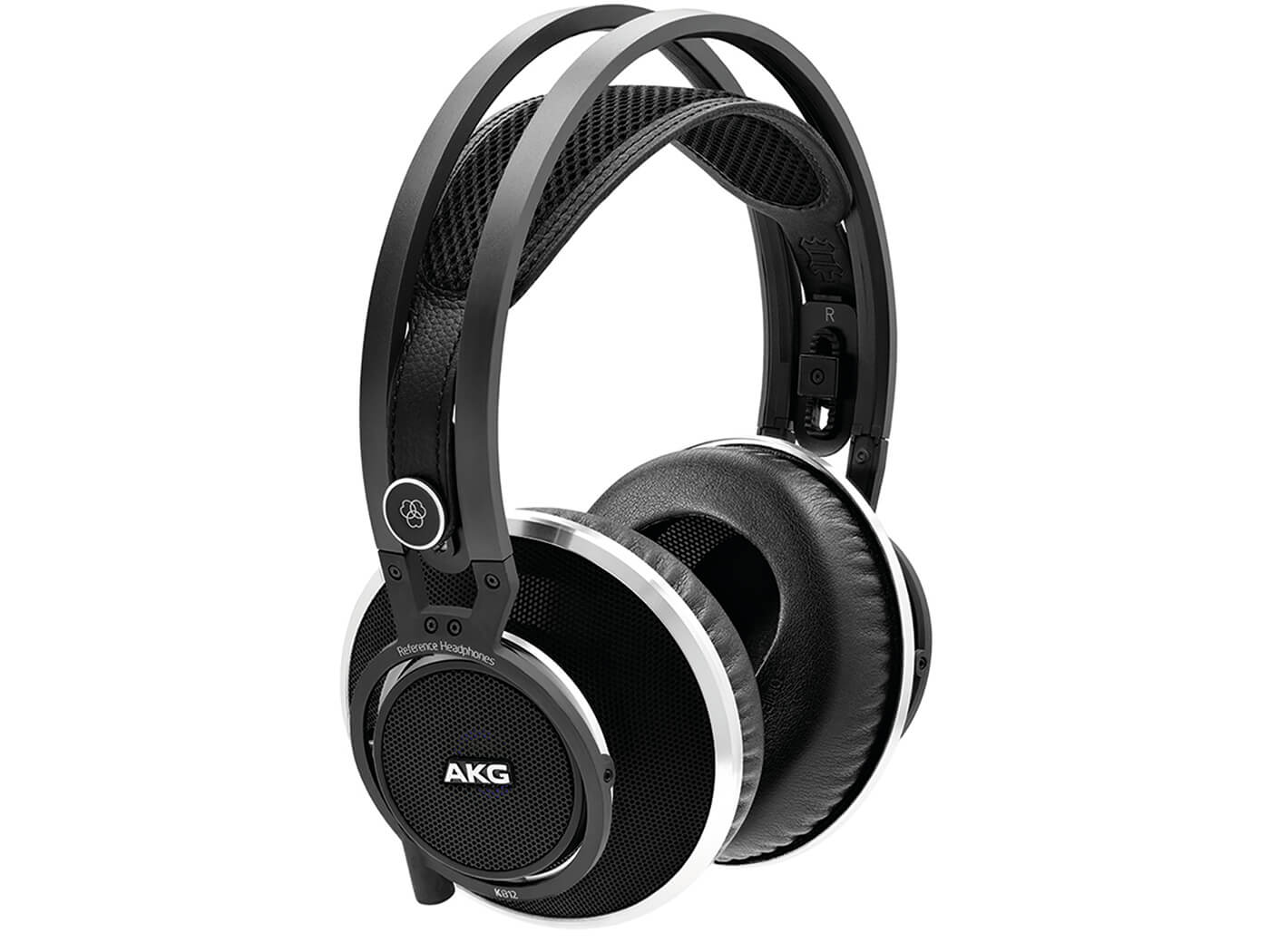 These are the open-back version of AKG’s top-end phones. Used in mastering and other critical mix applications, they opened my ears up to open-back listening. Now retailing for half what they once did, the K812s are a great buy.