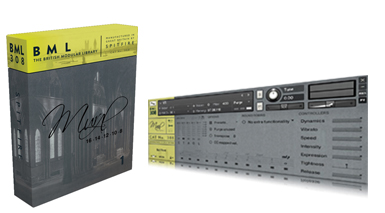 Spitfire Audio adds a symphony-size string orchestra to its samples library range. Keith Gemmell has a brush with Mural… 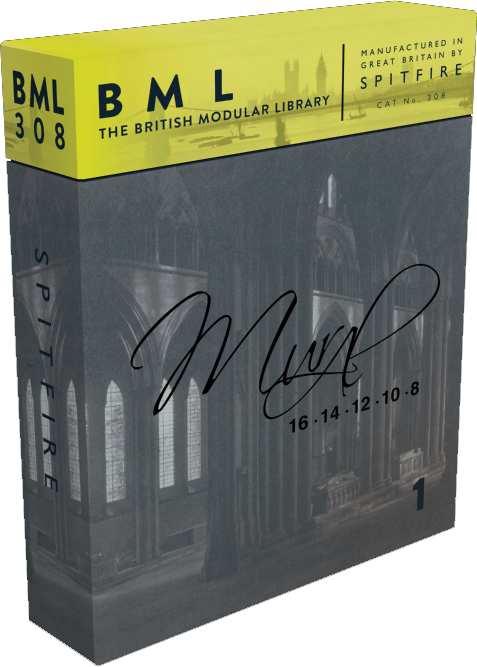 Run by successful film composers, Spitfire Audio’s credo has always been clear: to approach sampling as if they were recording a film score. That’s why they use London’s Air Studios and the English Session Orchestra, who have played on the majority of movies recorded there. As part of their British Modular Library series, BML Mural Volume 1 is the first of Spitfire’s new four-volume symphonic string range, featuring a full-size 60-piece string orchestra – Violins 1 (16 players), Violins 2 (14 players), Violas (12 players), Cellos (10 players), Basses (8 players). A full version of Kontakt 4.2.4 or 5 is required and potential buyers should note that it doesn’t run in the free Kontakt Player. 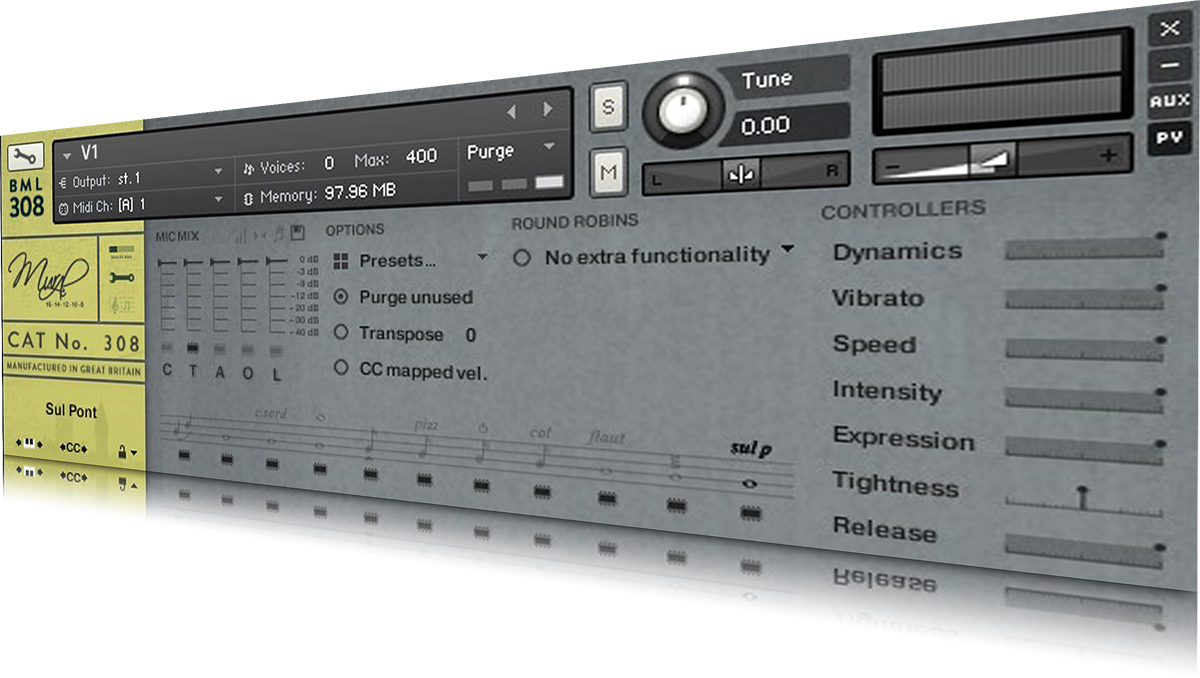 Sitting in the Mix
One of the most useful aspects of Spitfire’s orchestral libraries is that they are all recorded in the same hall, in situ with the correct perspective and placement. This makes them incredibly easy to use because there is virtually no mixing required apart from microphone adjustments. The reverb, of course, always has the same character, which means various Spitfire libraries can be used together. 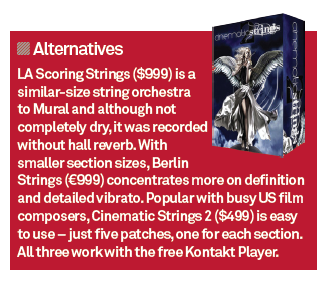 They also play easily ‘straight out of the box.’ Load Mural’s first violins, select the legato patch and a Decca Tree microphone setting and you’re off. Their tone is rich and sonorous and a single legato patch will take you a long way when sketching out a melody. Muted and unmuted longs are also available, with pizzicato, spiccato and tremolando completing the most useful basic articulations needed for everyday writing. Curiously, there are no staccatos yet (coming in Volume 2) but we found that playing short notes with the legato patch instead worked well. The spiccatos, too, are very light and proved a good staccato substitute.

Three types of legato have been recorded – bowed, fingered and portamento – but only the fingered type makes it into Volume 1. The remaining articulations – harmonics, Bartok pizzicatos, col lengo, flautando and sul ponticello – are rather more exotic and sure to please film-music composers. However, some musicians might have preferred a few more shorts (staccatos, marcatos) instead of the more exotic types. Spitfire’s reasoning on this is that as composers themselves they chose the articulations they use the most for the initial release.

Mic it up
Spitfire’s microphone mixer varies from product to product according to what’s appropriate. In this first edition of Mural there are five channels – close mics, a Decca Tree (three mics placed above the conductor), ambient mics placed high in the gallery, outriggers placed left and right, and a leader microphone placed close to each section leader. A lot can be achieved here, particularly with the use of the close and leader mics if a drier, more detailed sound is required. With such a large ensemble, though, much of the hall is needed for a truly natural symphonic sound. An extended array of microphones and three mixes by Jake Jackson (Air’s chief engineer) will be made available in a further download.

Control Yourself
Spitfire’s tools have always been well thought through and they’ve added a new selection of expression controls to the usual array. There are now sliders for dynamics, expression, vibrato, legato interval speed, legato intensity, release and tightness. Being able to control vibrato is a great idea and it works brilliantly, as do the speed and intensity controls, which provide a simple and effective way to humanise the legato. Polyphonic legato is also possible using Mural’s advanced controls.

This is a spiffing symphonic string library with a beautiful sound and very easy to get along with. It’s not really designed for detailed classical writing but it’s perfect for film, TV and game music. It’s not prohibitively expensive, either, considering what you get. However, this is only Volume 1. The chances are that you’ll probably like it so much that you will want to buy a further three volumes – and that will hike the price considerably. 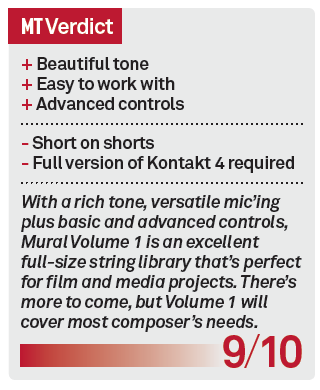 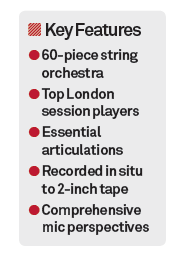