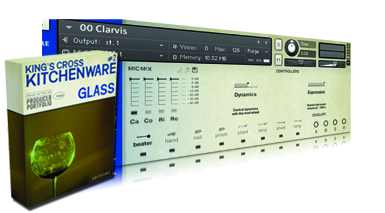 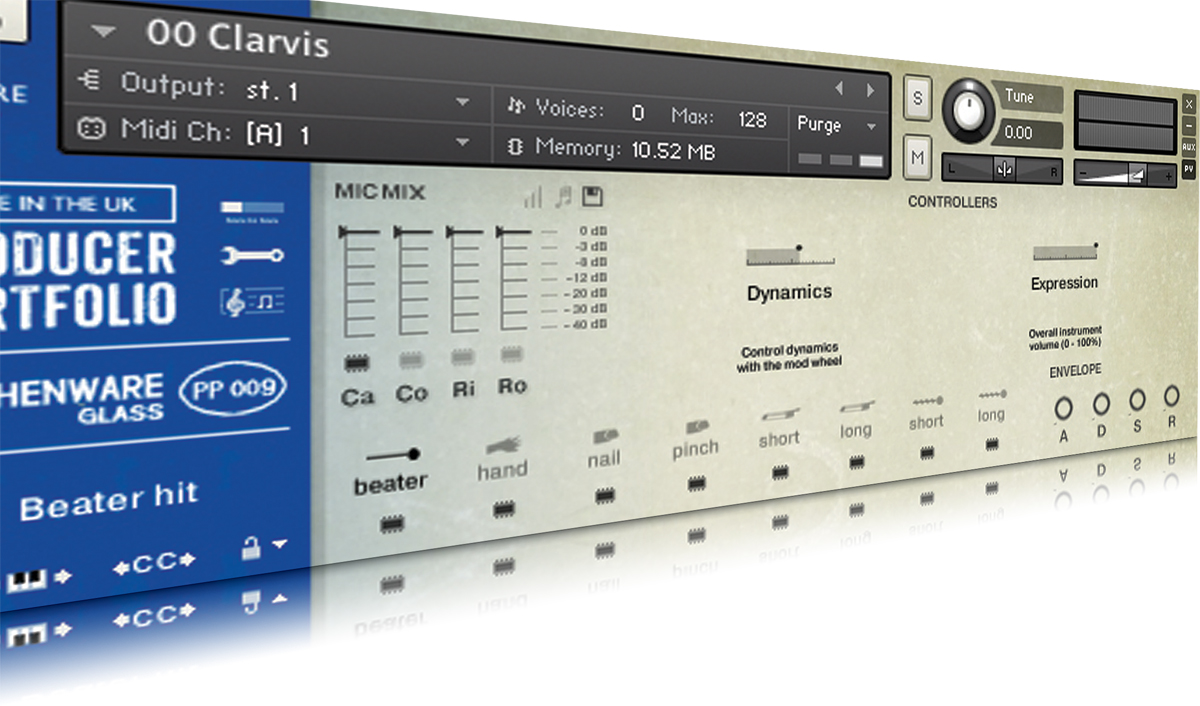 As well as developing a suite of powerful cinematic libraries, Spitfire Audio has also invested time creating a suite of smaller, more intimate instrumental sounds. This arguably started with their ‘Laboratories’ project where they gave away various experimental sampled instruments – including toy pianos, frame drums and an Indian banjo – in return for a donation to Unicef.

Their Producer Portfolio arguably follows the same ethos as the Laboratories project, although this time the libraries have been developed to the point where they’ve become fully fledged commercial products in their own right. 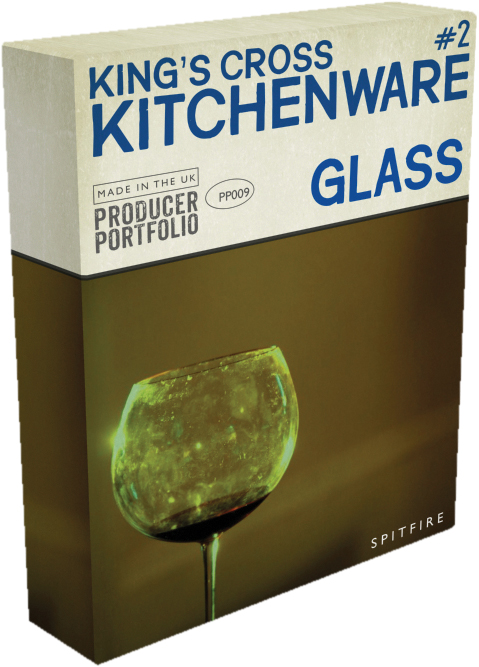 Investment Portfolio
The Producer Portfolio range now includes over nine different libraries, but for this review we’re going to look at its most recent offering, King’s Cross Kitchenware – Glass. Rather than being recorded at Air’s Lyndhurst Hall (as with their other Albion and BML libraries), the Producer Portfolio has largely been recorded at Spitfire Audio’s own studio in King’s Cross.

As a result, all the patches have a smaller, more intimate sound to that of the orchestral libraries, which arguably makes them slightly more diverse in respect to their music application. Of course, add some reverb and there’s no reason to think that they couldn’t sit well in an orchestral soundstage, but that isn’t their primary raison d’être.

As the name suggests, Kitchenware – Glass isn’t an entirely conventional library. The sound source is an array of glass objects that you’d expect to find in a kitchen rather than a concert hall: wine glasses, a cafetière, cordial glasses, fishbowls and so on. 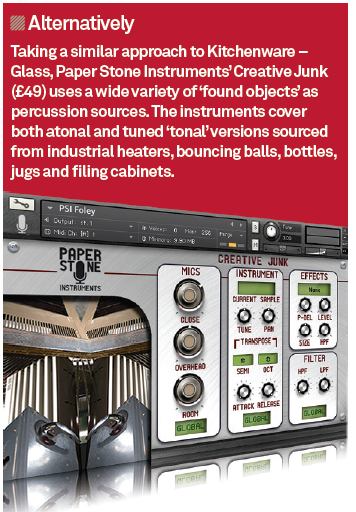 Glass Ceiling
As you’d expect, Kitchenware – Glass has a somewhat unique sound, with a delicacy few other instruments can produce. Arguably the first patch – the Clarvis Wine Glass Array – is the best example of how much musicality Spitfire has extracted from such an unconventional source. For the Clarvis instrument Spitfire enlisted the help of Paul Clarvis, who provided his own ‘tuned’ glass array.

Impressively, this instrument features eight different articulations, covering everything from a nail pluck to a long bow, all of which can be called into action using Spitfire’s keyswitching system.

The rest of the instruments in Kitchenware – Glass (which covers around 15 or so different sources) have all been sampled with a variety of different beaters, as well as a hotrod stick and hand. Arguably, the initialised setting doesn’t present the instruments in the best light, defaulting to a soft beater and the close mic position.

Add in some of the other mics, though, and switch to a medium vibraphone beater and the instruments really start to sing. The 12-cup cafetière, for example, takes on a gamelan-like depth, while the various sherry and brandy glasses have a pleasingly sonorous chime.

Kitchen Unit
Clearly the Producer Portfolio is designed to be a more niche product range than something like the Albion series, and indeed it’s worth noting that you’ll need a full version of Kontakt to run Kitchenware – Glass, rather than just the free Kontakt Player.

That said, it’s a real delight to see Spitfire taking a more creative, left-field approach, and across the Producer Portfolio range there are some real gems to be found. While Kitchenware – Glass may not have the same knockout sonic power of a library such as HZ01 or Albion III Iceni, it is one that rewards detailed exploration, with plenty of musical potential to be extracted from it. 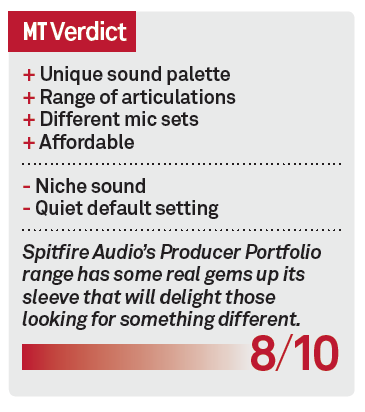