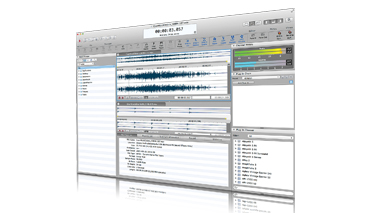 Sony has wasted no time in updating its flagship wave editor for the Mac. Hollin Jones forges ahead to find out what’s new… 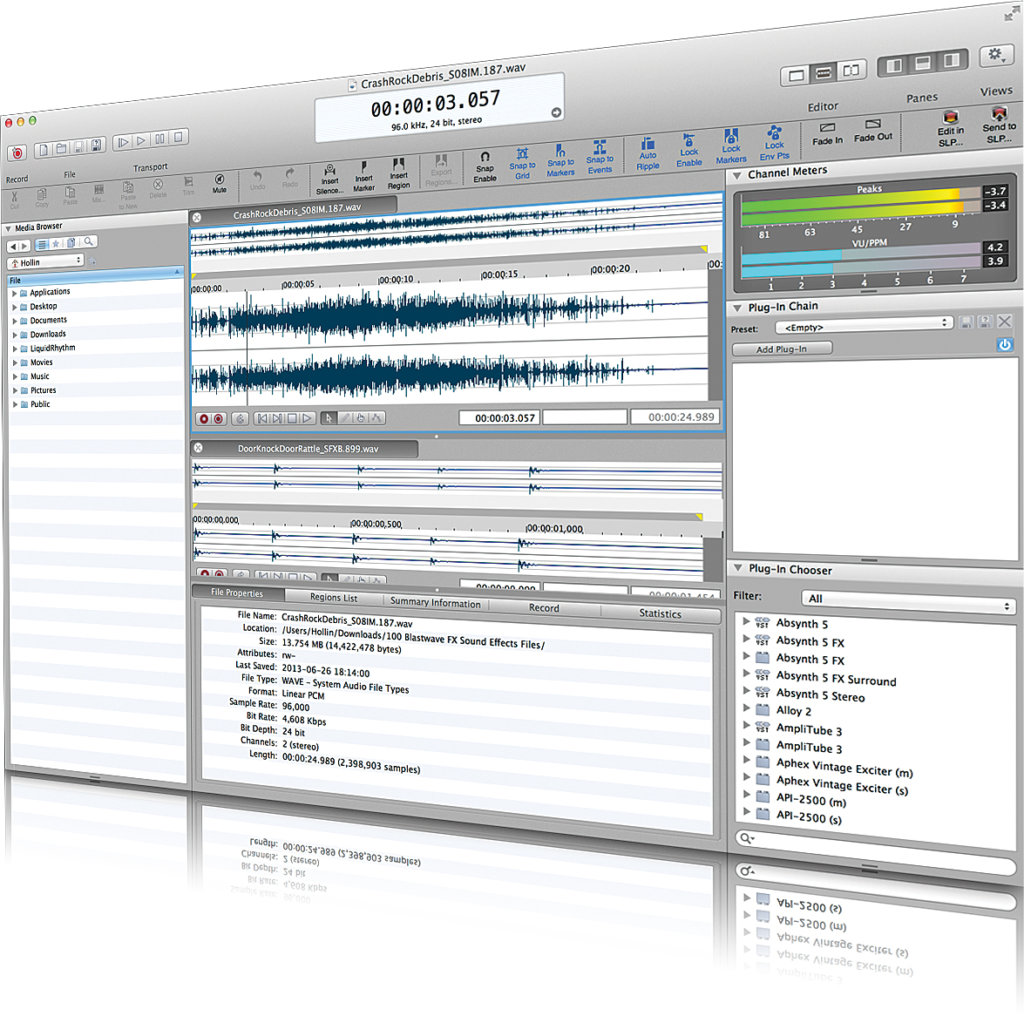 Sony surprised us all by releasing Sound Forge Pro Mac last year, a completely new version for the Mac that was built from the ground up. This being the case, it was perhaps not surprising that it lacked a couple of features one might have expected to see, but version 2 seeks to remedy that. Sound Forge Pro Mac 2 shares the very Mac-like interface that we liked in the first version and will run on any Intel Mac with OSX 10.7 or later.

It’s highly configurable, having resizable sections and the ability to show/hide various panes complete with presets and shortcuts to rearrange open waveform views. Multiple documents can be opened via a tab system and you can record directly in, too, in high quality. The way Sound Forge presents its tools is still really nice, with channel meters and an info area as well as a configurable media browser all at your fingertips. Also still in evidence is the excellent plug-in chooser and Chain system, which makes sorting, locating and loading plug-ins a breeze.

In With The New
Let’s move on to what’s new in v2. First up is interoperability with SpectraLayers 2, Sony’s advanced spectral-editing software that’s also available as a bundle with Sound Forge. You can now send selections of sound between the two programs seamlessly and thus perform forensic edits without having to export/import stuff repeatedly. If you work extensively in audio repair, this will be a great time-saver. 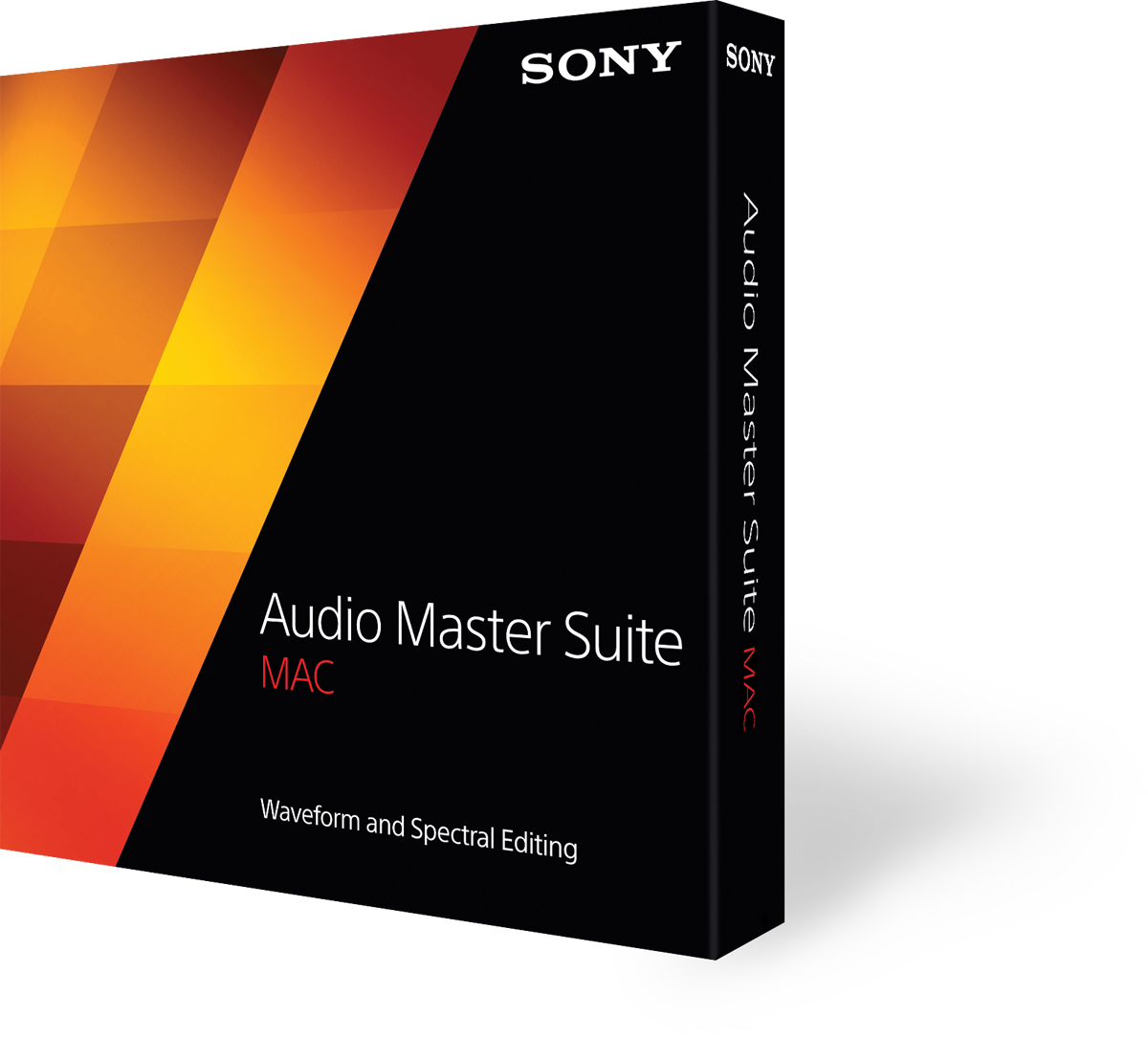 There have also been improvements to Event mode, so that more things can be locked to events for more flexible editing. CALM-targeted metering lets you master your audio while staying within the specified limits of broadcasters (an increasingly important feature of wave editors and mastering software) and FLAC file support has been added for those who use this lossless format. 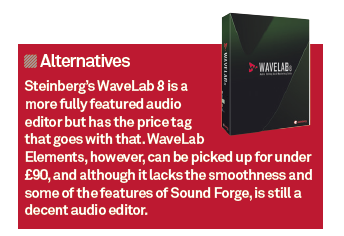 Plug-in Power
Sound Forge 2 can see AU and VST effects plug-ins on your system and also comes with a few of its own. You get some of Sony’s processing tools as well as iZotope’s six-strong Mastering Effects Bundle and the Restore and Repair Tools comprising three iZotope models. You also get Nectar Elements, a vocal-processing suite, which will be great for anyone working with voices. The iZotope additions are well worth having and Nectar Elements is a really solid tool for working with vocals.

The selection of processing functions has been expanded too and you get an audio trim/crop tool and a volume plug-in as well as élastique timestretch and others. The editing toolbar can now be customised, so you can group your favourite tools together.

One of the big omissions from the first version – especially for an application that had ‘pro’ in its name – was a batch processor. This has been remedied with the addition of Convrt, a separate application into which you can drop as many files as you like and make settings for how they are processed. You can create a plug-in chain in the same way you do in Sound Forge and also add multiple metadata fields and artwork before specifying one or more output formats complete with quality settings. It’s all nicely put together and simple to use, making short work of batch-converting audio files.

Forging Ahead?
Sound Forge Pro Mac 2 addresses many of the workflow issues and omissions from version 1, to the extent that you could make the argument that this is what version 1 should have been. The realities of software development and deadlines, however, mean that companies can’t always include everything they would like to in a new software release. Version 2 undoubtedly represents better value and a more attractive proposition to professionals than the first version, even if it still lags some way behind its Windows sibling in terms of sheer functionality.

That said, there are important steps forward here, and the fact that it has been built as an entirely Mac-centric application pays dividends. The price is still a little high, but the selection of excellent iZotope plug-ins along with the inclusion of Nectar Elements helps to mitigate this somewhat. 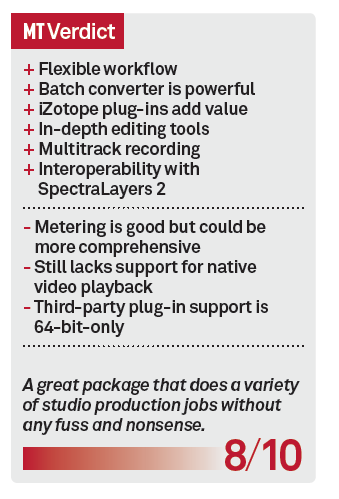