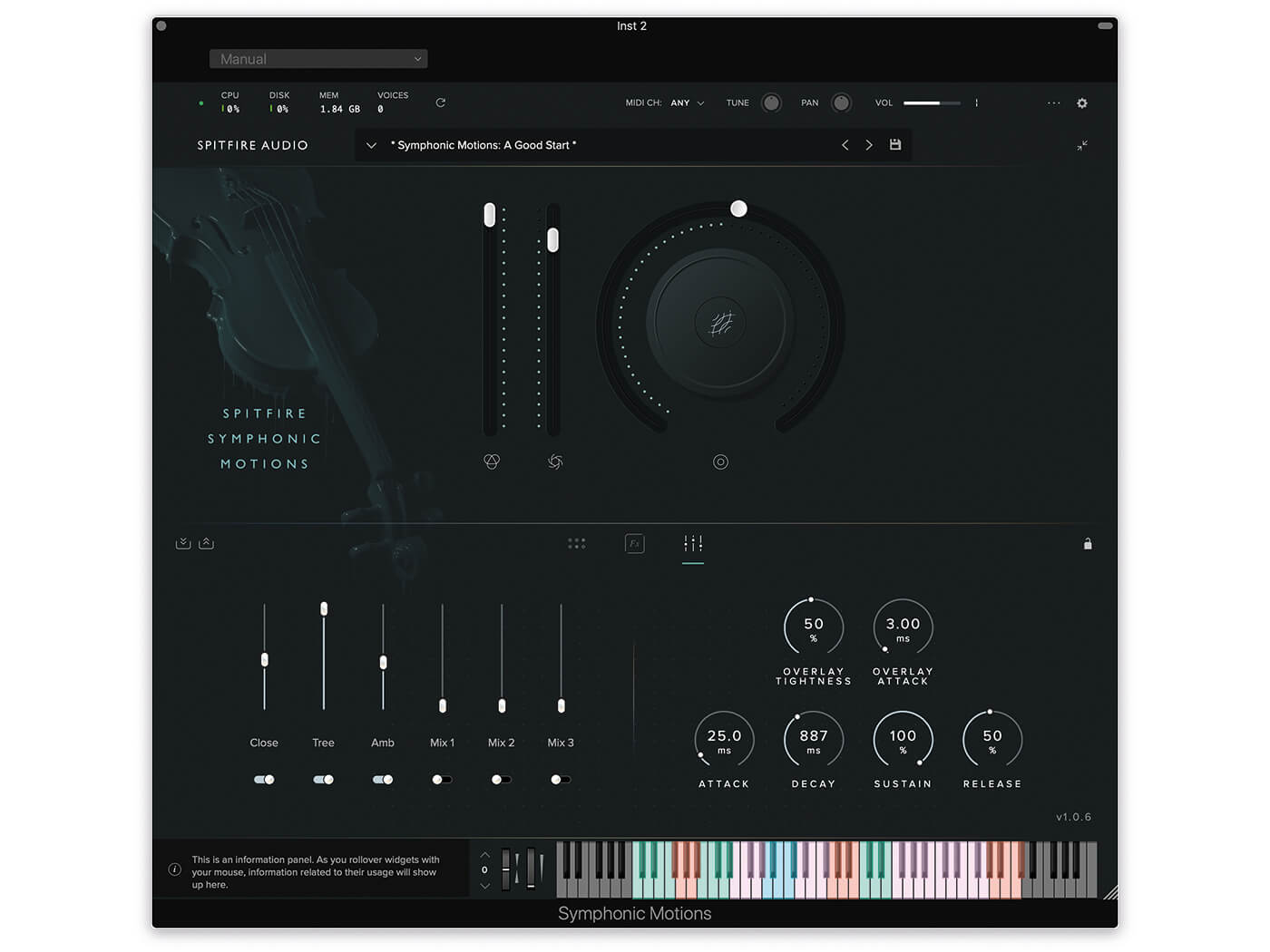 Ever since orchestral sampling became a formidable technology for realism and musicality, Spitfire Audio has been on a continued crusade to design libraries that are both versatile and easy to use. In the process, it has made the creation of realistic compositions considerably simpler for end users. Spitfire’s products range from smaller libraries to full orchestral-scale examples, all attuned to producing atmospheric and cinematic sounds. With its new release, Symphonic Motions, the London-based company is looking to make light work of pulsing orchestral strings. 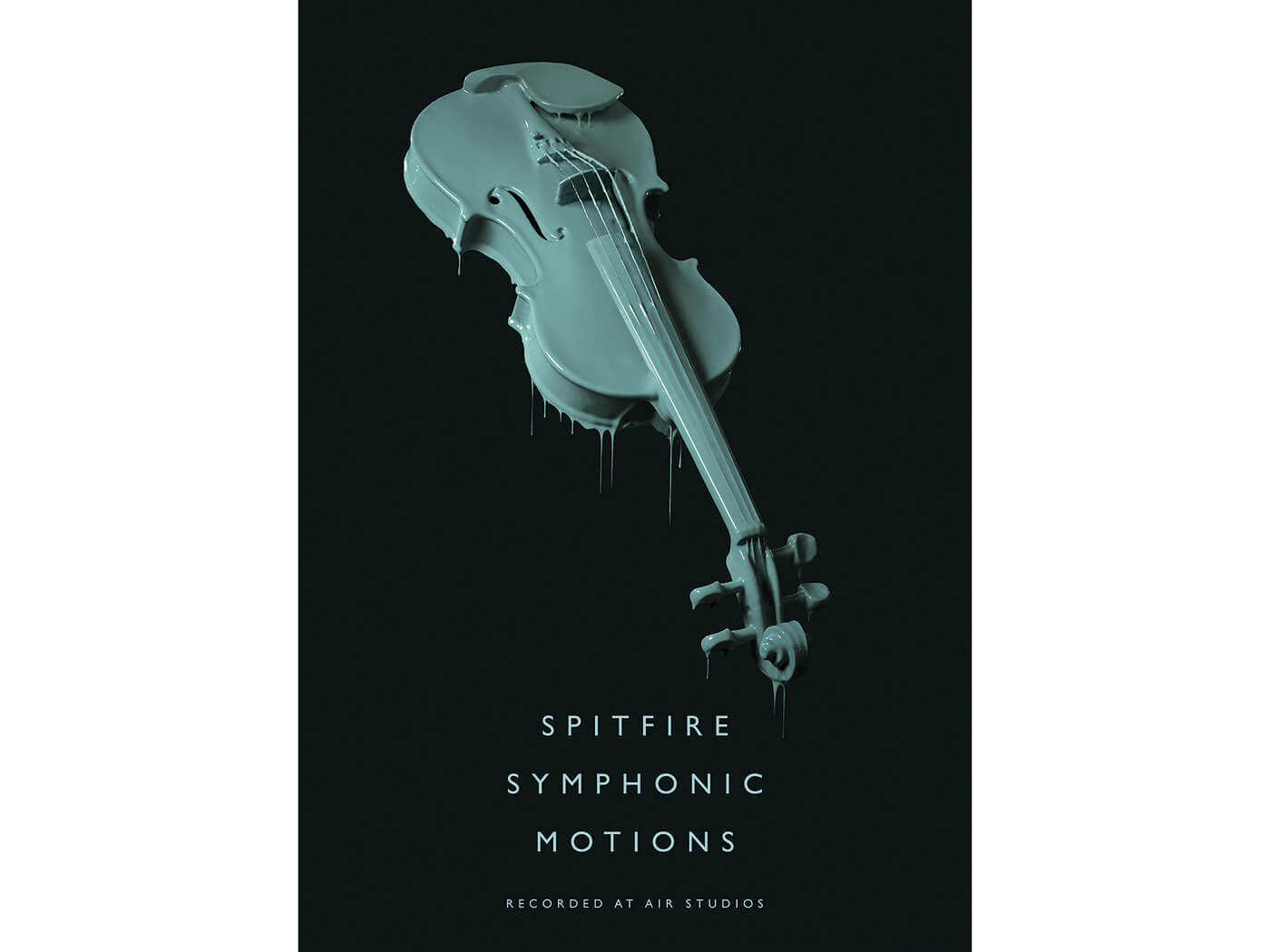 While Symphonic Motions takes its cues from conventional string sections, it doesn’t entertain an entire player compliment. It is designed around 22 violins and 12 cellos, and doesn’t feature violas and double basses. At first glance, then, there might appear to be something of a hole right in the centre of this library. But, as becomes abundantly clear, that’s far from an issue here.

The sample-crossover zone between violins and cellos occurs at the point of G and A below the middle C. If employing an ambient microphone setting, this crossover isn’t obvious, due to the reverberant nature of the sample capture undertaken in the large hall at AIR Studios.

Symphonic Motions relies on Spitfire’s award-winning plug-in, available in all the usual plug-in formats. There is no standalone version. It features a significant number of settings, allowing you to control sound through six mic settings. The common close, Decca tree and ambient microphone captures are accompanied by three pre-mixed signals that offer the advantage of great-sounding patches without the toll on your computer’s RAM. It will also help with loading times, particularly as sample loading can feel sluggish depending on how many microphone channels you have in play.

Get a move on

You might argue that by offering smaller forces, this package doesn’t offer the same weighty depths that we have heard in other Spitfire products, such as Hans Zimmer Strings. But Symphonic Motions sits comfortably between Spitfire’s large-scale classics and its formidable smaller Chamber Strings package.

Regardless of sizing and as the name suggests, the purpose of Symphonic Motions is to provide quick and easy movement to your productions, which is a process that relies exclusively on Spitfire’s Grid technology. Anyone familiar with the Evo Grid-based packages will feel at home with this product. Where many of the Evo packages deliver subtle and evolving backdrops, the revised Motions Grid plays the same cards but with a focus on repeating rhythms and pulsing articulation.

Inspired by the grid found on the EMS VCS3 synthesiser, the Motion Grid has a 12×40 arrangement, where pegs occupy a grid point to dictate a specific articulation in a specific register. There are 40 articulations to choose from, each offering short and punctuating pulses, from subtle con sord and pizzicato to agitated sul pont. The Ostinato options are fascinating, offering tempo-locked two-note movement in intervals from minor second to major third.

The Grid also relates to the timing element of each note, offering 16th note repetitions up to sixth notes, with variance applied across the grid at every perfect fourth. As you play the keyboard, the grid reassuringly flashes in recognition, which is useful for identifying exactly where you are on the grid and makes alterations easy. The legend that accompanies the timing element is pretty small onscreen; we had to scale-up the plug-in window to be able to see the timing fractions properly.

In its most basic capacity, with all registers applied to a Normale articulation and 16th notes, the resultant chorus of agitated strings sounds totally believable. The whole point of working with this product rather than the more common individually triggered notes is that you avoid machine-gun trigger patterns, thanks to Symphonic Motions’ convincing and realistic performance. There is a hint of movement in timing, as the violins and cellos trigger together at the crossover point, which could become more of an issue if exposed, but the tempo-locking nature of the package makes light work of putting together realistic repeated passages.

The ease with which you can create polyrhythmic content is advantageous too. Employing a mixture of both timing and articulation across all registers can be very effective, with the randomisation option often yielding unexpected but welcome surprises. If you’re in need of inspiration, just throw the dice and see what appears. If you don’t like what you get, just roll again.

There are limitations as to how far you can take the tempo, with anything below about 50bpm starting to sound grainy. But slow it right down to below 10bpm and you’ll get some amazing sounds, which we immediately sample and feed back into our DAW for further sound design. While the resultant artefacts might not be welcomed by traditionalists, they have an unearthly quality that’s ideal for genre-based experimentation.

Alongside the grid-style repetitions, the package also includes an Overlay function, which offers the option of a single-triggered sample on the front end of each user-triggered note. This allows  you to employ some form of accent up front, endorsing the placement of each chord, and to remove this element from any patch.

There is plenty of real-time control available here. You can guide the dynamic and expression, as well as control other less common elements. One of our favourites is tape saturation, which can be subtly applied or driven to the point of beautiful distortion. Just add onboard reverb or delay and you’ve got easy access to characterful sci-fi sounds.

Symphonic Motions is a fantastic product across a multitude of scenarios. As a standalone library, it sounds very convincing, largely due to the excellent playing and sample capture, and its intimate approach is highly appealing.

This package could easily form the backbone of your compositional cues. It’s well suited to bombastic palettes, played either conventionally or, in the case of Spitfire, using the Ostinatum function available with many of its libraries. The Motion Grid environment invites experimentation, although there are plenty of presets alongside the randomisation features. The real-time control ensures easily achieved musicality, with effortlessly applied builds and drops.

The package comes at an attractive price too, making it a sensible addition to any existing string-library line-up. But it offers plenty for those making their first foray into string libraries too. If you have a compositional calling for calm or intense repetition, Symphonic Motions may be the product for you. 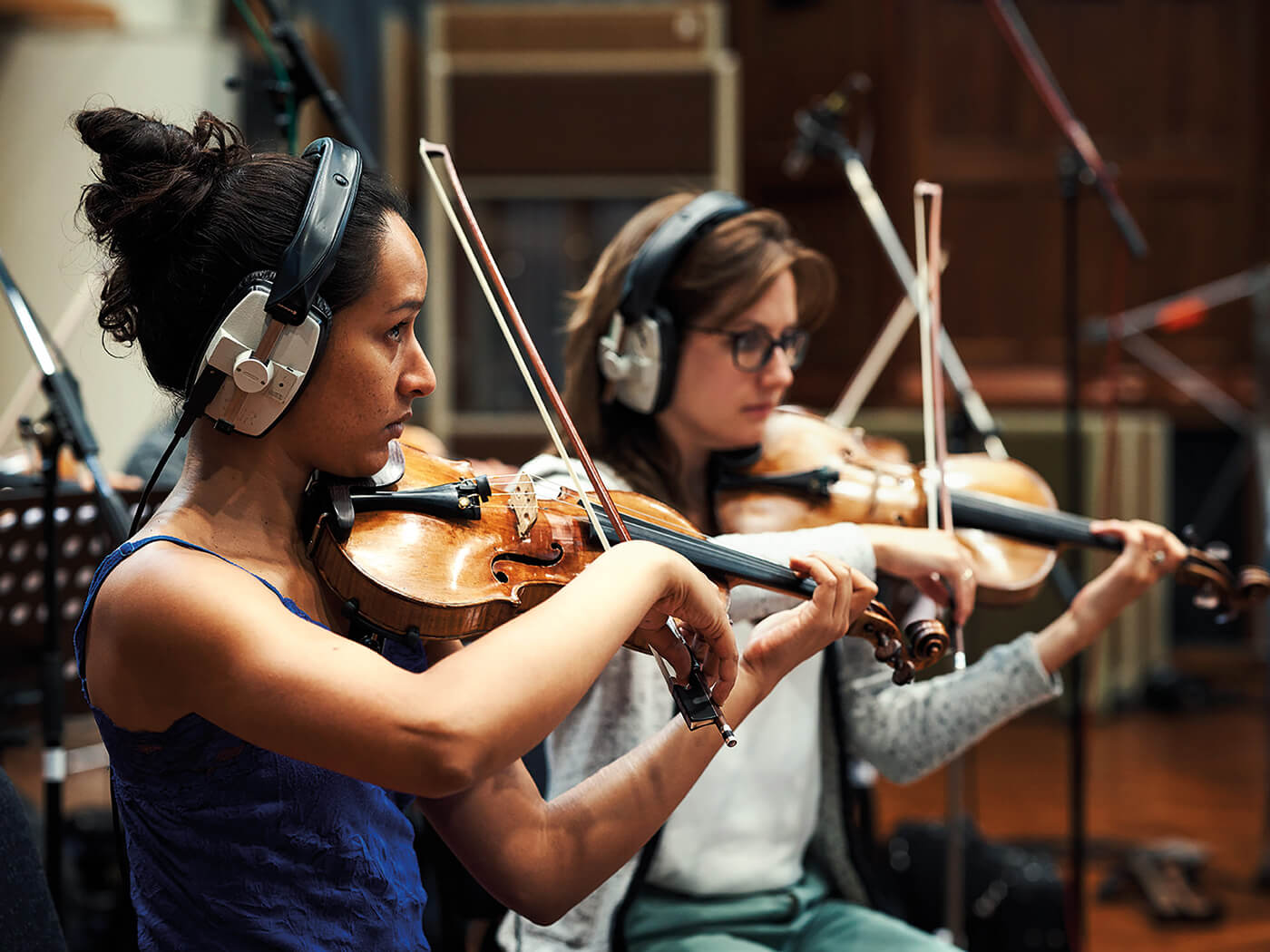 Symphonic Motions will sit well beside existing string libraries equipped with a wide range of playing techniques. With this package, you can create convincing pulsing string backdrops with ease, and vary those pulse timings across the range of the violin and cello sections. It’s an inspiring library, even if it doesn’t include patching such as legato. If you’re well versed in string writing, this should probably be considered as an additional purchase to work alongside a main library.

However, if you enjoy writing rhythmic, commercial, soundtrack or even minimalistic classical music, you’ll find this a useful and enjoyable product to have in your arsenal, even if used independently. Above all, Symphonic Motions simply sounds excellent, providing natural pulses that can be explored and varied in depth and with ease. 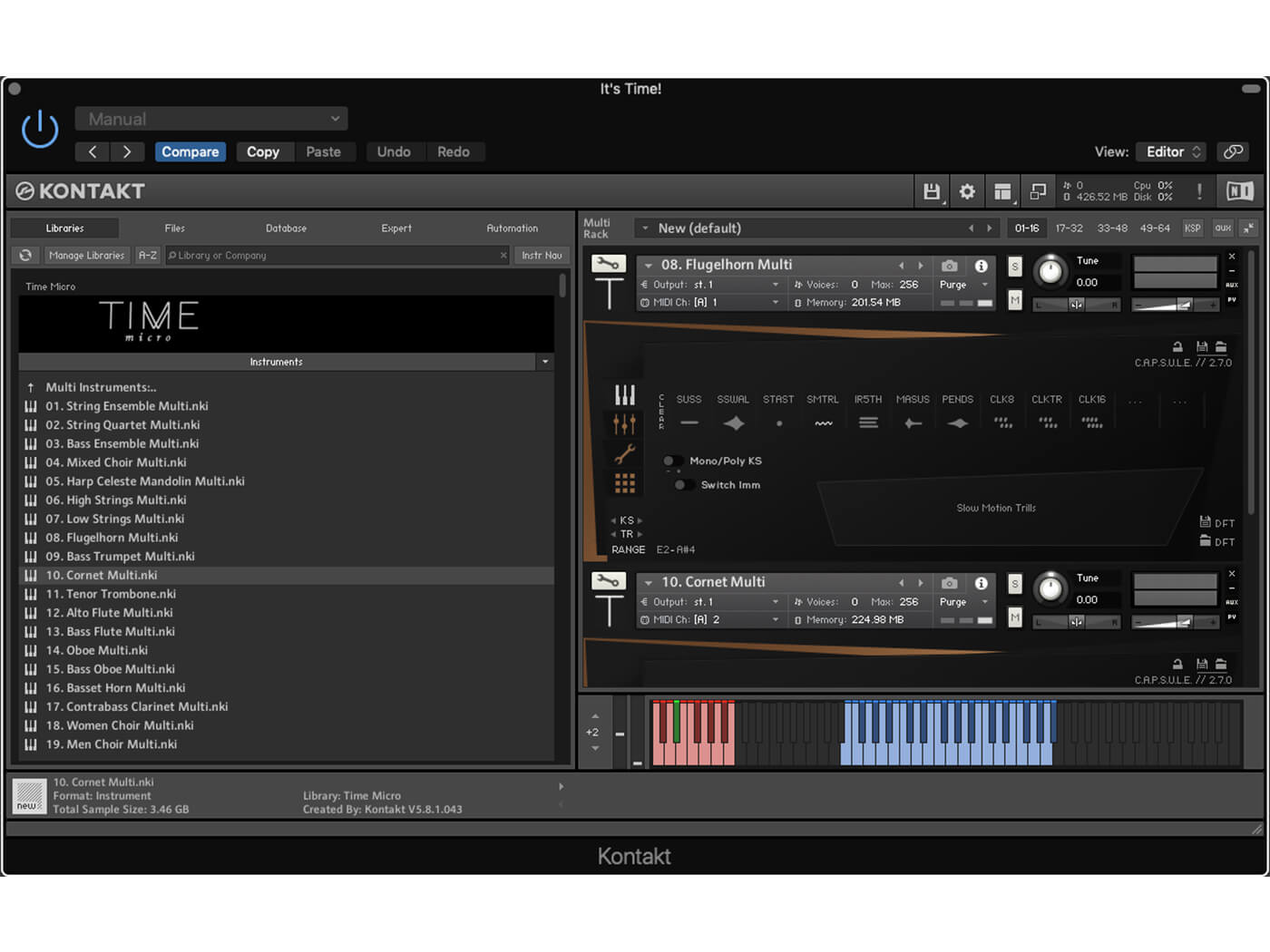 The smaller of the two time-specific libraries available from Orchestral Tools, Time Micro extends beyond the string section, with many interesting sounds and textures, including pulses, swells and other unique articulations.

All about the pulse, Signal’s broad sonic content extends from the acoustic to overtly synthetic, and it offers polyrhythmic use as well as real-time control for crescendos.