Longevity is key to becoming iconic – and it’s something that this dynamic duo clearly aren’t short of. John Pickford has the Shure story. Launched in 1966, the SM58 remains arguably the most popular vocal microphone in the world today.  This feature is a bit unusual for a couple of reasons. Firstly, we are celebrating […] 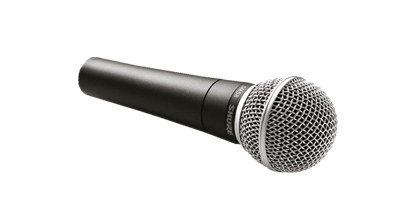 Longevity is key to becoming iconic – and it’s something that this dynamic duo clearly aren’t short of. John Pickford has the Shure story.

Launched in 1966, the SM58 remains arguably the most popular vocal microphone in the world today.

This feature is a bit unusual for a couple of reasons. Firstly, we are celebrating two Studio Icons. Secondly, rather than paying homage to some legendarily esoteric piece of kit from sound recording’s illustrious past, we have a pair of inexpensive microphones that will be familiar to almost everyone who reads this. The Shure SM57 and SM58 first appeared in the mid-1960s, but their origins can be traced back to a much earlier era.

Sidney N Shure founded his one-man company in Chicago, USA, in 1925, and originally sold radio component kits. His brother, Samuel, joined the company three years later, and in 1932 they introduced their first microphone, the Model 33N two-button carbon mic. By 1939, Shure employed a team of designers headed by Ben Bauer, who developed the Unidyne Model 55 microphone – the world’s first single-element unidirectional mic. The design was an instant success, largely due to its ability to reject feedback, and by the late 1950s had established itself as ‘the most recognised microphone in the world’. With its distinctive art deco styling (based on the front grille of a ’37 Cadillac), the Model 55 became something of an icon itself, often referred to as the ‘Elvis mic’ due to its use by Elvis Presley in his pioneering rock ‘n’ roll days.

Around this time, Shure designer Ernie Seeler (who apparently ‘despised’ rock ‘n’ roll), developed the Unidyne III capsule that would eventually be used in both the SM57 and SM58, but first appeared in the Shure 545 in 1959. During the early 1960s (by which time the company had relocated to Evanston, Illinois), Shure began working on new microphone designs to meet the needs of both musicians and broadcasters. Following a rigorous three-year testing period that involved dropping, heating and even submerging the mics in salt water, the Shure SM57 was launched in 1965, with the SM58 appearing the following year. 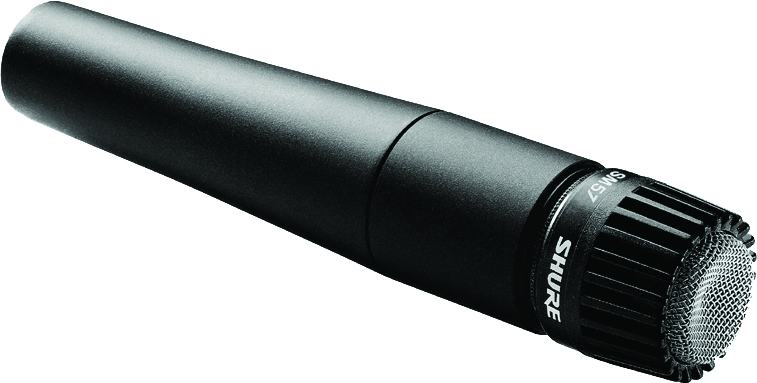 The ‘SM’ prefix stands for Studio Microphone, originally signifying its intended use in television studios, although the mics soon became popular with recording studio engineers and live sound engineers as well. Recording engineers discovered that the mics could handle very high SPLs, enabling them to experiment with close-mic’ing techniques, which were becoming increasingly popular in the mid-1960s. Live sound engineers, struggling with the primitive PA systems of the day, found the SM57 and SM58’s feedback-rejection capabilities unbeatable. The SM57 also bagged a place in politics, becoming the lectern microphone for then-US President Lyndon B Johnson. It has remained the choice for that purpose ever since.

In some respects the two microphones are identical. A dynamic cardioid design, both feature the same diaphragm and voice-coil combination as well as sharing the magnet, the transformer that’s situated in the handle, and even the handle itself, which sports a non-reflective coating to effectively eliminate glare in TV studios and onstage. The main difference between the two mics is the grille assembly – the SM58 has a foam-lined ball grille that helps to prevent a vocalist’s saliva getting into the microphone, as well as acting as a pop shield to reduce breath noise and excessive plosive sounds.

The frequency response of the SM58 is 50Hz–15kHz (the 57 extends down to 40Hz) and both microphones feature a presence lift in the upper midrange. Although the basic design has remained unchanged over the years, some aficionados claim that models produced after 1985 (when production moved to Juarez, Mexico) have an inferior top-end response, but Shure insists that there is no difference in quality. That said, many engineers possess favoured examples of all ages that, to their own ears, offer superior sound.

Rugged and reliable, the SM57 and SM58 remain two of the best-selling microphones in the world (in 2008, for the second year in a row, the SM58 won the MI Pro Retail Survey Best Live Microphone award). The 58 is still the first choice for live vocals, while the 57 is an automatic ‘go-to’ mic for guitar amps and close-mic’ed drums.

Shure has expanded its SM range of microphones over the years to include, among others, a wireless version of the SM58. But it’s the original, much-loved 60s designs that seem destined to go on forever – two truly iconic, evergreen classics