The i-XY promises to turn your iPhone into a portable studio. Marcus Leadley checks it out… Details Price  £149 Contact Source Distribution 0208 962 5080 Web www.rodemic.com Mobile phones are incredible multi-function devices but without a peripheral microphone, sound recording quality is limited. For iOS users the i-XY changes all that. This unit has a […] 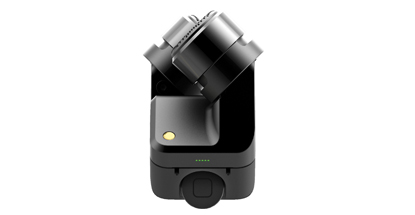 The i-XY promises to turn your iPhone into a portable studio. Marcus Leadley checks it out… 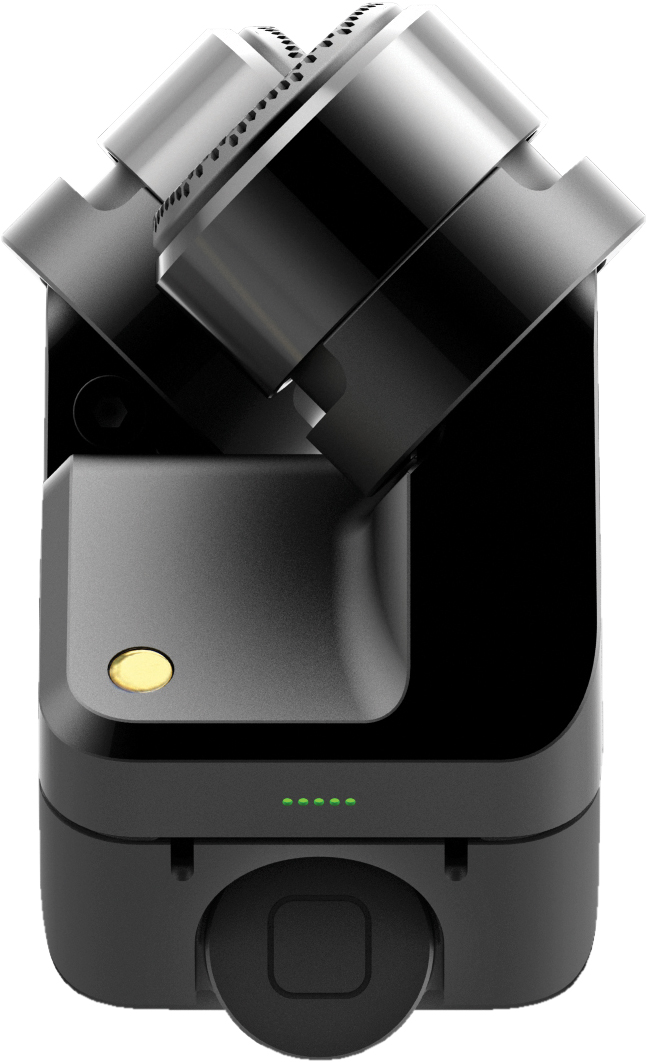 Mobile phones are incredible multi-function devices but without a peripheral microphone, sound recording quality is limited. For iOS users the i-XY changes all that. This unit has a pair of cardioid condenser capsules (in a fixed X/Y configuration) and on-board analogue-digital conversion. It connects to your iPhone (or iPad) via the Lightening connector and can record at 24-bit/96KhZ.

The i-XY is a beautifully designed bit of kit that comes with a foam windshield and a carry case (this has a belt clip which is sensible as it’s a bit more than pocket size). There are interchangeable rubber mounts for the different phone models and once you’ve fitted the right one you simply push the i-XY into the connector port. The mount covers the Home button, but there’s a rubber nub that allows this to function. When connected, a green LED lights up.

The i-XY is designed to work with the Rode Rec app but it will also function with other apps. Tantalisingly it enables you to record stereo sound with video, but some form of Lightning adapter or swivel mount is needed to align the capsules with the lens. There’s a free LE version of Rode Rec and a professional upgrade will cost you £3.99.

Given the i-XY’s £149 price tag, it’s a shame there isn’t a free bundled download code. However, the LE version is a fully featured recorder. The upgrade adds an editing capability, normalising function, EQ and dynamic controls and an extended range of file output options. 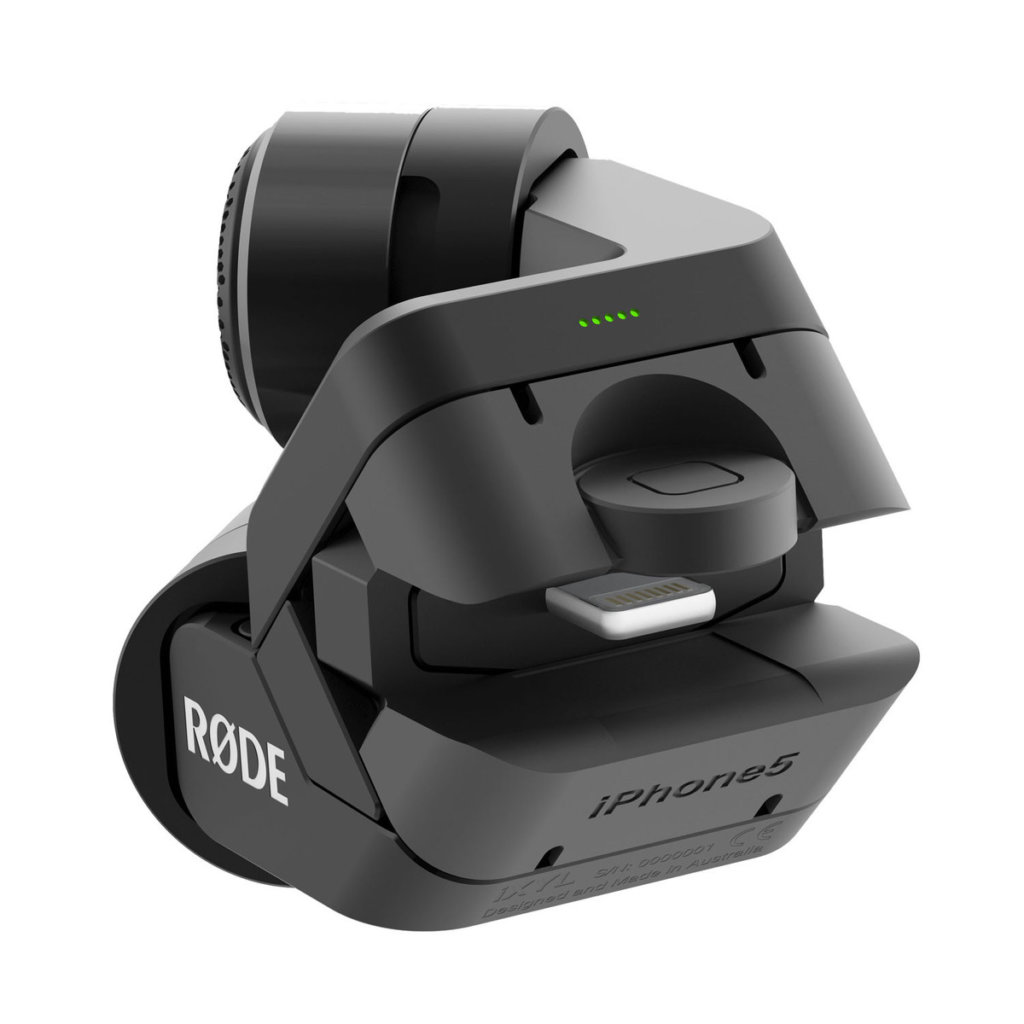 Sounds Great
Rode Rec recognises the i-XY as soon as it’s connected. The basic recording screen is clearly laid out with a digital VU across the top, stop/start buttons and a scrolling waveform display.

There are a few menu pages you’ll need to familiarise yourself with. You’ll need to specify the sample rate you want to record at (nine increments ranging from 8kHz– 96kHz) and whether you want a stereo or mono recording. With the latter you have two options: each capsule can record independently (good if you want to create separation between two sound sources) or summed.

This will please anyone who’s producing for radio as it guarantees a solid, centrally located image. While the higher sample rates yield higher quality recordings, they also require more memory, which could be an issue if you have a lot of data.

Once you’ve recorded, you can upload to Dropbox or SoundCloud. The i-XY also enables file sharing with your computer: you’ll need to select the file xformat for export and enable sharing before iTunes can see the files. 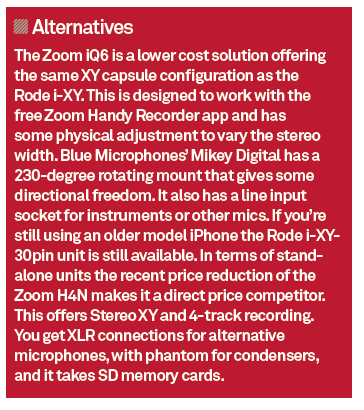 I tested the i-XY with a number of sources both in the studio and out in the field. Preamp noise was only noticeable when the level was boosted to maximum for very quiet signals. The detail of mono voice and instrument recordings was generally excellent. The XY coincident pair generally yields good, phase-issue free results, however the sound-field doesn’t really start to develop until you’re at least a couple of metres from a source. This makes the format useful for recording practice sessions or general ambiences, but less effective for close proximity stereo recording.

The foam shield was remarkably good at limiting minor interference, but you’ll need something more substantial if you plan to record outdoors in anything other than ideal conditions. At sample rates of 88.2 kHz and above you can’t use the Playthrough function that enables headphone monitoring during recording – and at lower levels there was some latency to contend with.

I could hear a distinct difference between recording at 48kHz and 96 kHz, with the latter generally sounding more transparent and lifelike. For the best sound quality I needed to disable Apple’s iSO processing; as the built-in gain compensation and EQ are destructive. This is done from the Rode Rec Setting [Input page] menu.

While the i-XY performs credibly it’s not a dedicated audio recorder so there are inevitably some compromises to consider. Obviously you can’t use your phone while recording. However the phone will still receive calls and if you don’t remember to put the phone in flight mode before you start, the incoming call will stop the recording!