Still going strong at 60 years old, the EQP-1A is a legendary tone-shaping design that has yet to be equalled. John Pickford explains why. Original Pultec EQP-1As are hard to find. Mint examples change hands for around £5,000. There are only a few pieces of studio gear that actually go beyond iconic and can justifiably […] 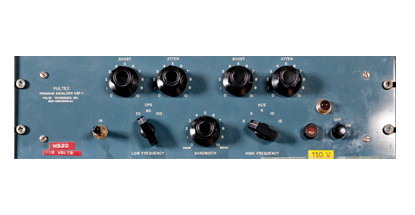 Still going strong at 60 years old, the EQP-1A is a legendary tone-shaping design that has yet to be equalled. John Pickford explains why.

Original Pultec EQP-1As are hard to find. Mint examples change hands for around £5,000.

There are only a few pieces of studio gear that actually go beyond iconic and can justifiably claim to be legendary. In the world of microphones it has to be the Neumann U47 , and surely the most revered compressor/limiter is the Fairchild 660/670, used on almost every Beatles recording. Tannoy speakers made such an impression on the public at large that the brand name is often used to refer to public address systems of all makes. The tone-control member of this elite club is the Pultec EQP-1A equalizer. Celebrating its diamond anniversary this year, the EQP-1A has been shaping the sound of popular music since before the birth of rock and roll.

The original EQP-1 was launched in 1951 by Pulse Techniques, a company formed by Ollie Summerland and Gene Shank in Teaneck, New Jersey, USA. Teaneck is something of a legend in its own right in sound recording circles as it’s also the town in which Les Paul (co-designer of the classic Gibson guitar that bears his name) set up the world’s first multitrack recording studio. Summerland and Shank hand-built the first units and, following a very early modification to the design, the original Pultec EQP-1A remained in production for the best part of 30 years.

The Pultec is a 3U all-valve design that makes use of EEC-82 and EEC-83 valves alongside a 6×4 rectifying valve in the onboard push-pull amplifier. The amplifier restores the signal level that is reduced when an audio signal is fed into the unit, making the EQP-1A a no-loss passive equalizer. This means that the signal level remains the same regardless of whether EQ is switched in or out, which is very useful when comparing a flat signal to an equalized one. Many engineers have found that audio can be enhanced simply by passing the signal through the Pultec, with the EQ switched out. 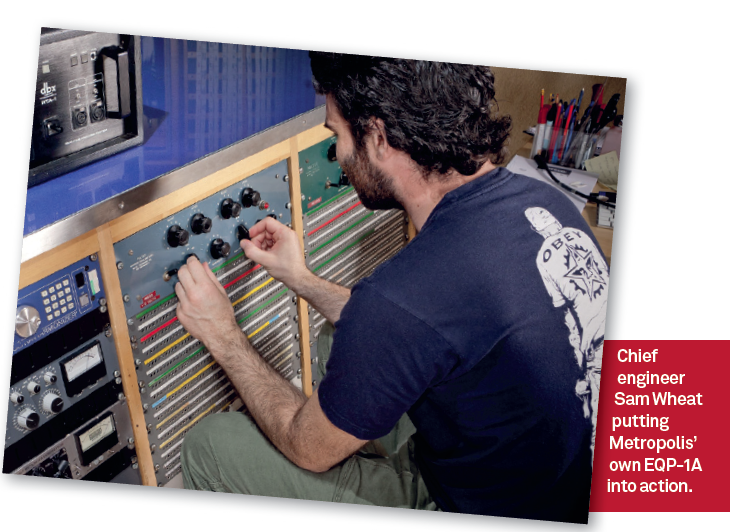 The low-frequency section of the EQP-1A is a shelving EQ, providing four selectable frequency bands at 20, 30, 60 and 100Hz. These frequencies can be boosted to a maximum of 13.5dB and attenuated (cut) by 17.5dB. Sound engineers long ago discovered that interesting (and useful) equalization curves could be achieved by simultaneously boosting and cutting at the same time, as the boost and cut frequencies overlap.

This has become known as the ‘low-end trick’. On a bass drum, for example, if 30Hz is simultaneously boosted and cut, the curve created gives a boost at 80Hz with a dip at around 200Hz – a very pleasing curve on some bass drums. The sound can be further sweetened using the high-frequency controls.

The Pultec’s high-frequency section features a boost-peaking EQ and offers seven centre frequencies – at 3, 4, 5, 8, 10, 12 and 16kHz – which can be boosted by up to 18dB, while a Bandwidth control alters the Q of the equalization curve from sharp to broad. The high frequencies can also be cut at 5, 10 and 20kHz. This is a shelf-cut with up to 16dB of attenuation available.

On its launch in 1951, the Pultec EQP-1A was very well received and many were installed in radio stations to “add that ‘final touch’ to the balance of good programme material, and to greatly improve the quality of programme material previously recorded on equipment of inferior quality”, as the original manual boasted.

Obviously, the EQP-1A was embraced by many of the top recording studios, especially in the USA, and it can be heard on literally thousands of recordings made over the past 60 years. Tamla Motown owned several units and used them for everything, from tracking individual instruments and voices to equalizing the final mix at the mastering stage. Motown engineers often employed the ‘low-end trick’ on backing tracks, carving out some midrange frequencies and creating space for the lead vocal to sit nicely in the mix.

Original Pultecs are now highly sought-after, with mint examples changing hands for around £5,000. Fortunately for those without that kind of cash at their disposal, the design has been re-created by a number of manufacturers over the years and now EQP-1A clones are available from companies such as Cartec, Tube-Tech and Manley.

And with software plug-in versions available from the likes of Universal Audio and Waves (among others), it looks like the EQP-1A is here to stay.