When one of the world’s best loved DAWs gets an update we’re always excited to see what’s new. Hollin Jones lifts the lid on Reason 7 Price:Reason 7: €405 Upgrade from previous full version of Reason: €129 Reason Essentials 2: €120 Contact: (UK): Sound Technology,  01462 480000 Web: www.propellerheads.se Reason is one of the most popular […] 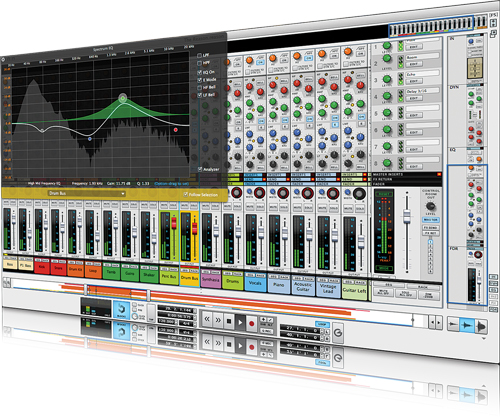 When one of the world’s best loved DAWs gets an update we’re always excited to see what’s new. Hollin Jones lifts the lid on Reason 7

Reason is one of the most popular music-making applications around. For much of its life it took a notably different approach to other DAWs in that it was more or less entirely self contained and didn’t support audio tracking. This changed with Reason 6, which fused Reason and Record, and in Reason 6.5 the Props added Rack Extensions, a system for third party developers to write instruments and effects with full rack privileges.

Reason 7 brings some important and welcome new features and edges the software closer to being the serious studio tool that it has always promised it could be. It still takes a different approach to Logic, Cubase, Pro Tools et al, but this is one of its strengths and indeed part of the driving force behind many people’s love for it.

Reason 7’s Parallel Processing is explored in this video from SoundtechUK:

First up there’s a new device that you can load into the Rack called External MIDI Instrument which lets you trigger hardware like drum machines or synths directly from Reason’s sequencer. An obvious use would be to route outputs from the hardware back into Reason, so the instrument is essentially incorporated into the project.

The second major new feature is the automatic slicing of all recorded audio – essentially ReCycle inside Reason, but fully automatic. Double click on a clip to see the transient slice markers that have been detected and you can pick them up to time stretch and correct audio without altering the length of the clip. You can also quantize audio clips easily so now, audio is almost as flexible as MIDI to work with.

Put both of these new features together and you can now sample incredibly easily. Connect your hardware synth, use Reason to trigger, record the results onto an audio track and then tweak, quantize and turn into a REX file. Instant sample library!

Also new in Reason 7 is additional bussing and grouping in the mixer. Reason’s mixer now supports the creation of multiple output busses and lets you route and subgroup any tracks within a project to them. You also now get parallel channels which can be freely created in the mixer, used a lot in the so called ‘New York’ style of production, where multiple parallel channels are added with effects and then those channels blended with the original dry signal and EQ’d differently, creating a much weightier overall sound but without duplicating anything in the sequencer.

The last of the big new features is the Audiomatic Retro Transformer, which brings a vintage sound to the rack. It is a lot of fun to play with whether dropped onto a drum loop, strapped across a group or used to process the whole mix. There are many other smaller changes, of course, to the sound banks and tweaks to the way audio tracks and mix channels are displayed in the rack, placing more important controls at your fingertips and so streamlining workflow. 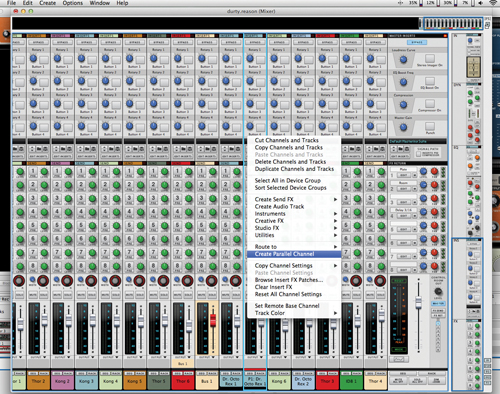 Reason 7 is an excellent complete package and becoming more ‘pro’ as time goes on. It doesn’t have the sheer depth of technical features of some other DAWs but then it’s not trying to copy them. It’s very approachable, instant and fun to use while at the same time providing serious tools that can help you quickly make great recordings. Crucially, the Props have managed all this while keeping it friendly and efficient, which goes a long way towards getting the technology out of the way and letting you make music. 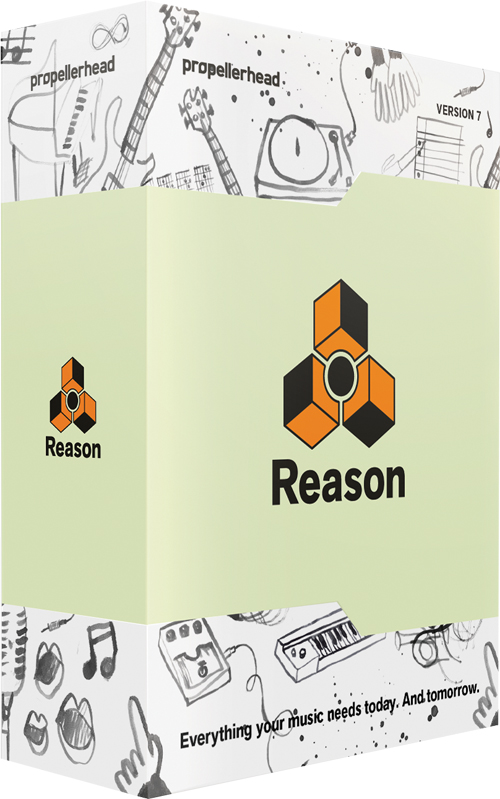 + Integrate hardware seamlessly with MIDI out

+ Still easy and fun to use

+ Excellent set of instruments and effects

+ Can still be ReWired to other DAWs

– Onboard video playback support would be nice

A relatively reserved but solid update to a great DAW, maintaining ease of use while adding new features that will really help everyone from beginner to pro user.