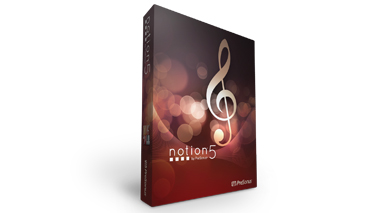 Modern-day composers expect their notation software to provide a rapid workflow and high-quality playback. So how does Notion 5 fare? Keith Gemmell sums up the score.. 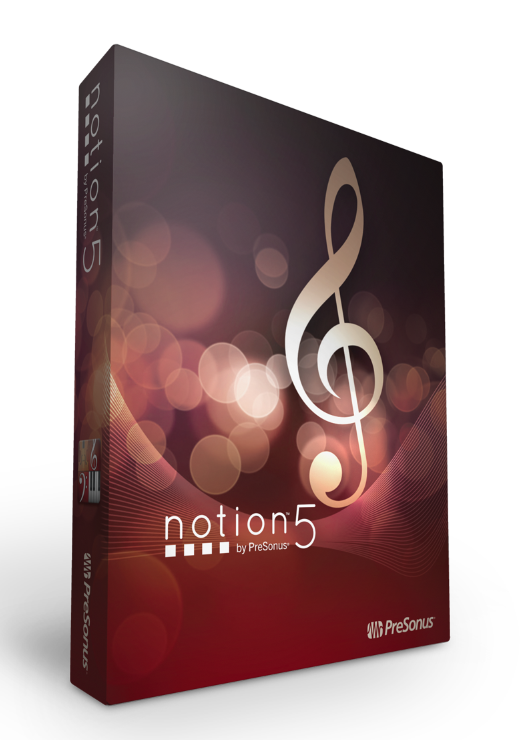 Recently acquired by PreSonus, Notion music notation software has now reached version 5. With an excellent DAW-style mixer and orchestral sample library it’s gained a reputation as a credible alternative to the more expensive advanced notation software packages such as Finale and Sibelius. 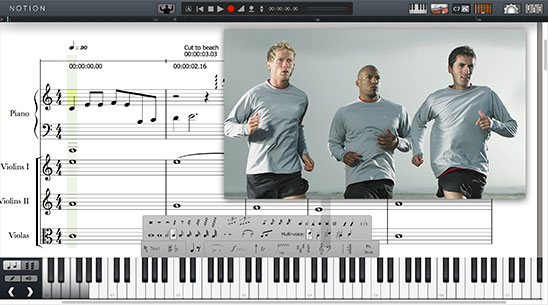 It comes with many new features including scoring to picture, the inclusion of PreSonus effects and new note entry, lead sheet and layout features. We look mainly at the new features here but if you need more general information about Notion, reviews of versions 3 and 4 are available at www.musictech.net.

Quick Flicks
With many public domain videos freely available on the web, writing to picture using notation is becoming increasingly common, and composers and educators will surely welcome the new synchronised video window. Timecode is displayed above the score, hitpoints can be inserted and selections of music can be set to a duration or end time. It also supports an impressive amount of the newer video formats including MP4, WMV, H.264, MPEG, MOV, AVI, M4V and 3GP – an area where the competition lags behind somewhat.

This is all very impressive but it would be even more so if, like Sibelius, Notion scores could also be exported as videos for personal website or YouTube viewing.

On the audio front, sample rates can now be changed and three PreSonus effects from Studio One – EQ, limiter and compressor – are now integrated in the program along with the already existing reverb and guitar amp. These offer nothing fancy but they work well enough, are easy to configure and are all that’s needed for the average orchestral score. You can, of course, add third-party VST effects, although this is limited to just four at a time. 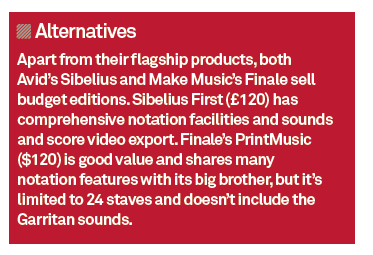 Delivering stems is often a requirement these days for media composers, and in keeping with its other DAW-like features these can now be bounced and exported as either Master, Busses or Instrument. These can then be imported into a DAW for further work. Again this is a feature that other notation programs lack. For more control, though, it’s usually best to export MIDI or MusicXML files into a DAW and rework the musical data from there or use ReWire. New presets for various sample libraries have been added too, most notably for the high-end LA Scoring Strings.

With a good selection of interactive tools, entering notes has always been a breeze in Notion. The process is now easier still with the introduction of new Finale and Sibelius keyboard shortcuts. These apply to the numeric keypad and are great timesavers if you happen to have a full-sized computer keyboard or an external keypad.

Note Perfect?
Although still nowhere near as comprehensive as the larger notation programs, several note-entry features have appeared in this latest version including cross-staff notation, cautionary key and time signatures plus a useful repeat bar function (create a repeat measure with a first-time ending and Notion automatically creates a second-time measure or as many endings as you need).

For lead sheets, rhythm slashes have been added along with several chord symbol enhancements and an updated chord library, which should certainly please songwriters.

Apart from the new video feature and the inclusion of PreSonus’ effects, Notion 5 might appear to some to be a rather modest upgrade. That said, the extra notation and layout improvements are a valuable addition to what is undoubtedly a unique program that crosses the boundaries of both notation and DAW software.

As notation software it lacks many of the advanced features of Finale and Sibelius but clearly compensates for this with its excellent audio facilities and a fast workflow. It also remains the only notation software that enables you to work fully standalone on an iPad. Recommended as an upgrade for existing users and an obvious choice for new users who need a no-frills notation package. 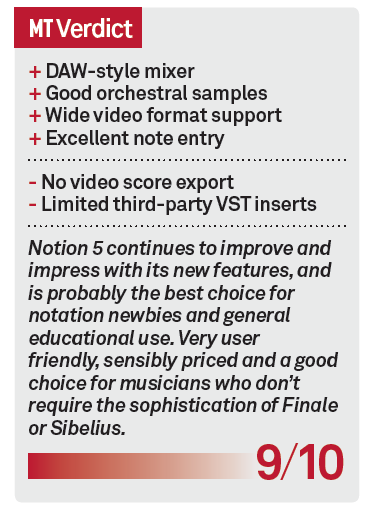