This latest PreSonus controller might well offer you the human feel and feedback that your DAW is lacking, says Andy Jones… 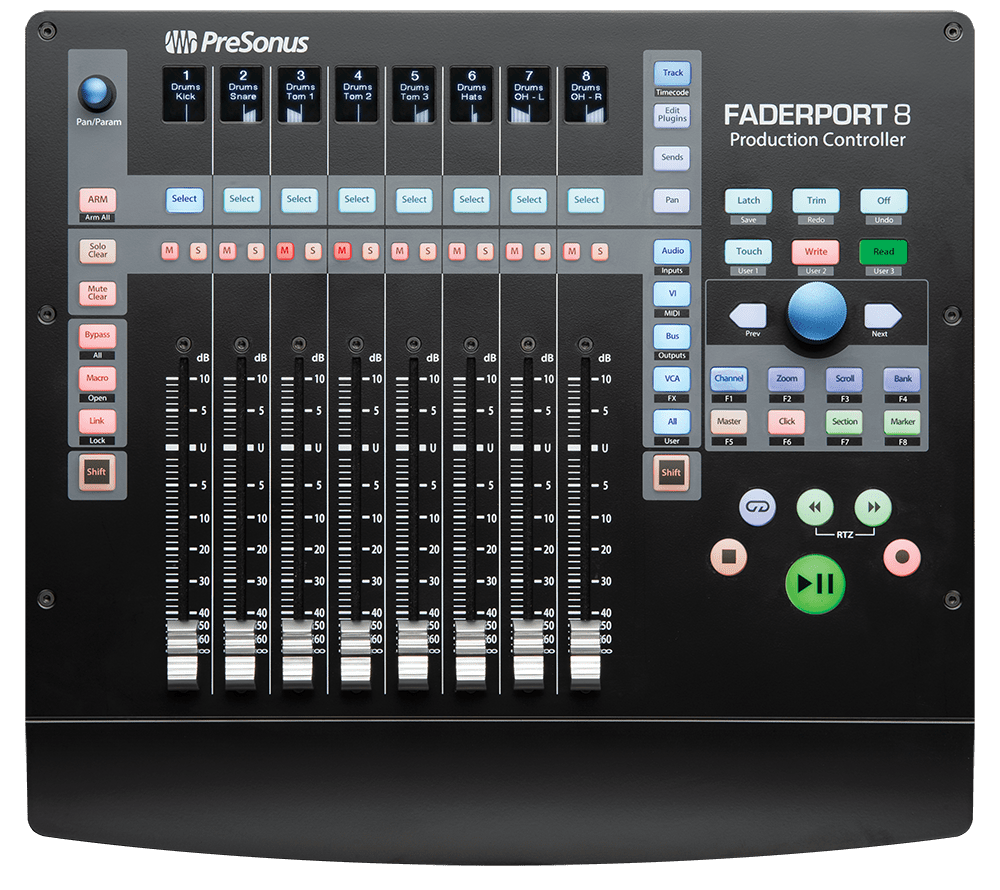 Since the DAW was invented, companies have been falling over themselves to try and find a better way of controlling it. That’s because the DAW itself is stuck within a pretty inhospitable environment if you think about it, and the fact that we really do need controllers to get the best out of them is a somewhat peculiar situation.

The big bonus of the DAW is, of course, unlimited tracks of music for creating songs, plus tons of shortcuts and quick commands for doing that quickly. Yet it’s all inside a computer – a platform that is in itself flawed, lacking the tactile feedback and creative physical flow that could make music production so much more enjoyable.

So until VR takes off for music making, or we arrive at some other Minority Report-style future (like we’ve been promised!) we’ll have to make do with the DAW trapped inside a computer… and the only knight in shining armour coming to its rescue being a decent controller.

There have been many attempts over many years to create that perfect knight, and I’ve tested lots: from the early Mackie controllers (using a protocol still used to this day), to iPad touch controllers that still don’t quite give you what you require. And so we go back to real faders, real transport and control buttons for real feedback, just what the FaderPort 8 from PreSonus offers.

If you think I’m hinting that this is old tech in any way, then think again. PreSonus has been beavering away on design and technology over recent years. Most recently, I reviewed the company’s latest Series 3 StudioLive mixer, interface and controller and this shares many of its striking features: notably, the Scribble Strip displays that I fell in love with – more on those later. With that StudioLive package, there were more features for Studio One owners plus a version of that DAW included and exactly the same goes here.

With FaderPort 8, you get what PreSonus calls “downright magical” integration with Studio One and Studio One Artist is included. But while you’d expect PreSonus hardware to be friendlier with PreSonus software, both StudioLive and FaderPort 8 will also work with other DAWs. With FaderPort, it will marry up with Pro Tools and many other DAWs via Mackie’s HUI and Mackie Control Universal (MCU) protocols.

Indeed, the unit operates in three modes to address these different DAWs. In Native Mode, it’s married to Studio One; it’s HUI Mode for Pro Tools and MCU for the rest. I’m trying Native mode with Studio One Artist and then MCU to try FaderPort out on Live and Logic. 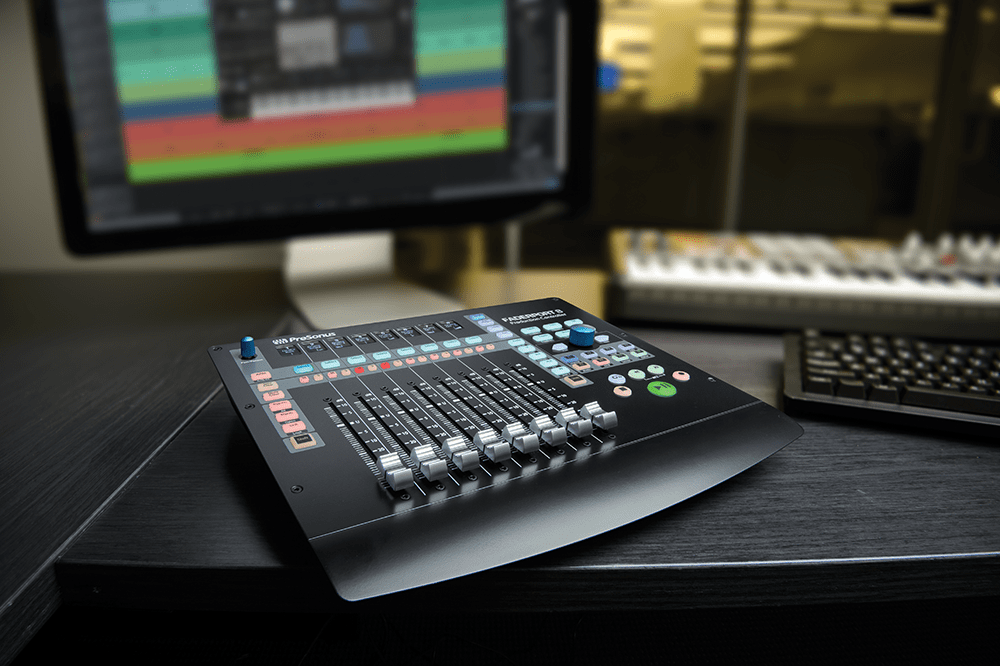 Specs-wise, you get eight 100mm motorised faders, some 65 buttons including transport controls with 78 functions, options to zoom in and out when editing and controlling plug-ins. It’s a sleek design too. We expect coloured lights with PreSonus these days and we get those with FaderPort, though they’re perhaps not as garish as on StudioLive, but are functional and practical – green for play, red for mute…

I like the build quality, too. That sloped front and reasonably small footprint make it instantly at home on my studio desk and it feels well built. The main dial and sliders aren’t stiff; the former is ridged for accuracy, and the buttons are distinctive and well lit.

And as for those Scribble Strip LCD screens above each channel, well, they’re something else. I’ve read reports that people have had trouble reading them, but at setup, you can adjust many of the unit’s extreme values, including the contrast of these to make them visible whatever angle you’re reading them at. You should also try the unit’s ‘Vegas Mode’ that leaves it motorising, blinking, colouring and flashing.

I suspect the answer might partly depend on your age and preferred DAW. Us older producers can recall the days of real channel faders and buttons, and without wishing to sound like an old timer, a whole new generation of laptop and tablet composers might be happy with a mouse and touch, so a DAW controller like this is not a must but a (relatively cheap) luxury.

So next, I set FaderPort up with Studio One Artist as included in the box – this is a fully featured DAW. It’s a fairly big download, but you’ll get it running quickly and soon discover quite how good it is. You’ll have the usual ‘where am I?’ moment when you first boot it up – it’s slightly in your face and the text is too small in places – but everything is there, unlimited audio tracks, instruments and effects. It’s a fantastic piece of software as a bundled DAW – you could easily spend well into three figures for software with the features that it includes.

But I’m here to talk about how FaderPort works with it and I’m pleased to say, after falling at the first hurdle (I needed to reset the device so I could reselect Native Mode) it worked a treat. The faders automatically assign; the transport controls are ready to go and it’s quite easily the slickest ‘hardware controller meets software for the first time’ incident I’ve witnessed. Bravo, but then one PreSonus product should get on with another…

Particularly pleasing is the main dial and the options that you select beneath it to zoom in on your project, scroll through sections of it block by block, select markers and so on. I can easily see this becoming second nature almost straight away.

Then there’s a section for Fader Modes, which assigns the main faders to channel level, plug-in parameters, effect sends and pan – all very clear cut (although individual rotaries for Pan would have been good). The best controllers allow you to use your mouse less and FaderPort – with Studio One at least – will definitely allow that. But even PreSonus admits you’ll never rule the mouse out completely (and I’ve yet to meet a controller that can really do that). 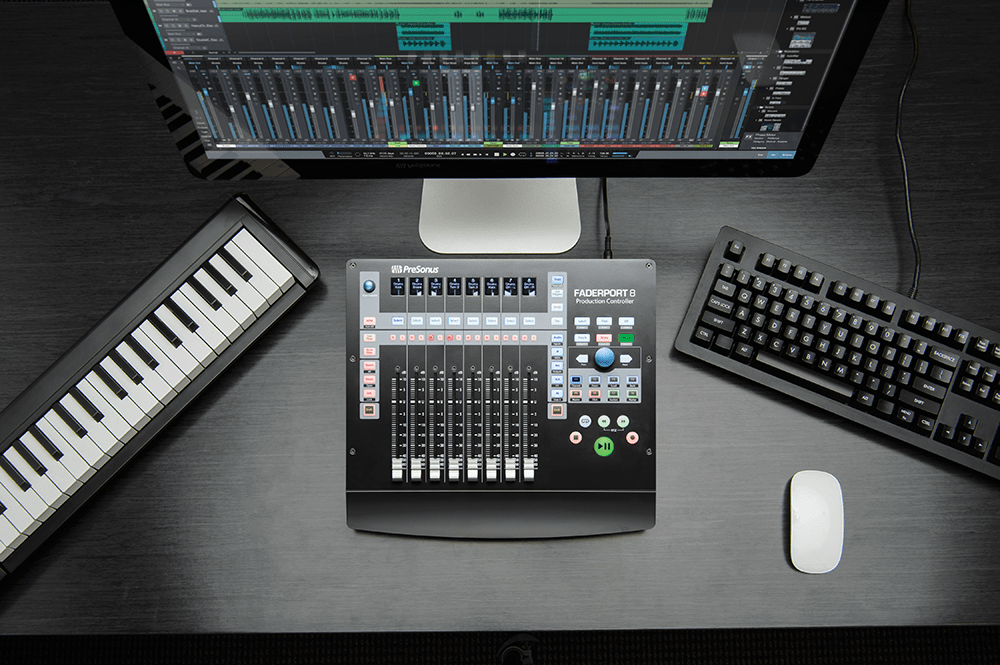 Next up, I selected the MCU and HUI modes to try FaderPort with some other DAWs, notably Live and Logic. Again, a reboot is required (press a couple of Shifts when you power on). As I found out recently when reviewing the Arturia KeyLab, using controllers with software that doesn’t come in the box with them can be a little hit and miss. Logic, for example, responded to transport and channel fades with HUI selected as a controller in both Logic and on the FaderPort… far more than it did with KeyLab. Live, though, only had limited functionality, although I’m assured by PreSonus that it is something both companies are aware of and sorting.

I guess my point for controllers working with out-of-the-box software (ie, not bundled with it) is – who is responsible for making the two talk to each other? The hardware manufacturers or the software developers? It’s a tough call.

Hardware manufacturers used to release templates for software when they could and I guess that’s still happening, but they’ve got to keep up with a hell of a lot of platforms, as have the software developers with the number of controllers. All I know is that it would be nice for someone to release one controller that did everything, easily, without having to resort to forums.

This is not really PreSonus’ problem, it’s a universal one. All you need to know here is that in my tests, FaderPort 8 works superbly with Studio One Artist, which it ships with, works well with Logic and Live is TBA.

As far as the package goes as a whole, I’d be a very pleased Studio One Owner if I read this review, as this is the controller for you. I’m also considering it as my main Logic controller – yes I am. I also have to say that, having thrown myself into Studio One for the first time, it’s a DAW with real merit, and that’s a great thing to come out of this review.

With that in mind, and with the Artist version of that software bundled with a well-integrated motorised fader controller, for a shade over £400, that makes this quite a bargain package. 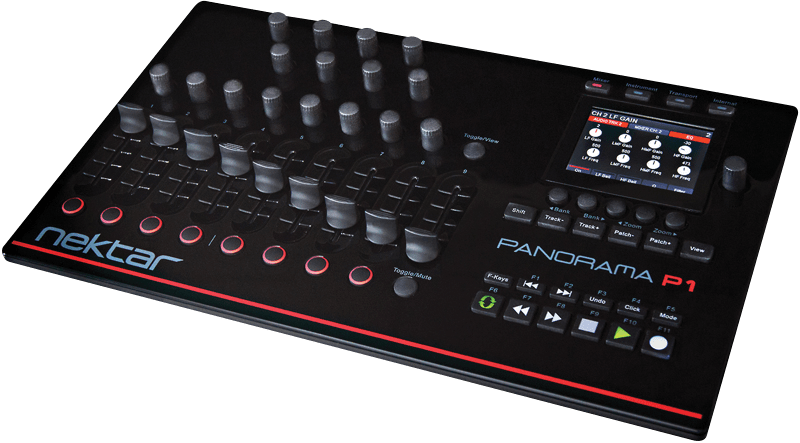 This is incredibly good value and works with Reason, Cubase and more. It’s fiddly to get up and running but, as we said when we tested it: “Once that’s done, though, it’s generally plain sailing, and you’ll be taking control of your projects with ease.” 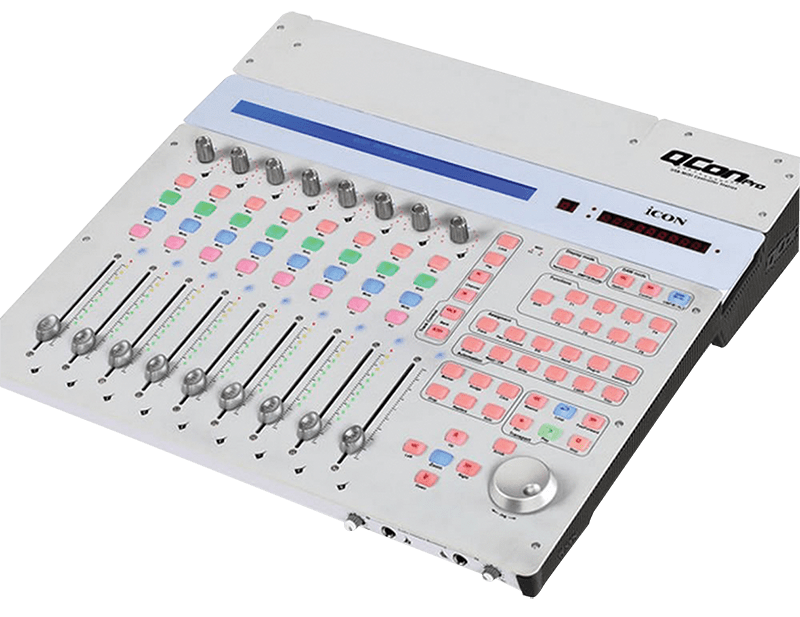 We tested the slightly cheaper Icon, but the Pro sits at the top of its range, has stacks of features and you can drive a tank over it. “A controller that works well and won’t blind you with science. A good way to get hands-on with your projects.”