iZotope has tweaked its flagship vocal-production suite with some new features – but are they worth the asking price? 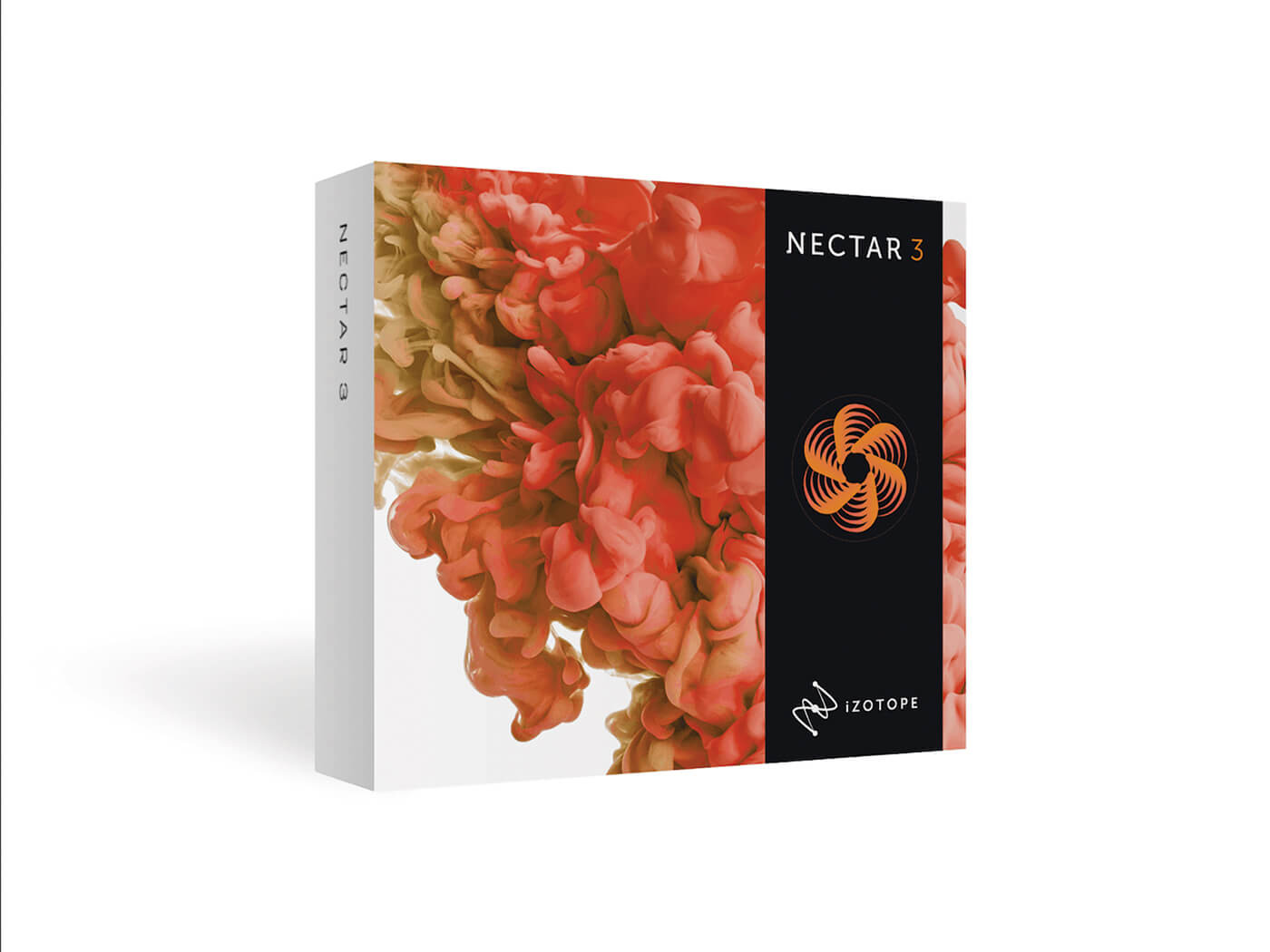 We reviewed Nectar 3 about two years ago and found it a jam-packed package for all vocal-production needs. Since then, it has found a place on millions of vocal tracks and its tools have proved invaluable for quick and precise mixing. One area that we found under-developed, however, was Nectar 3’s Unmasking feature. This new version offers a small but important improvement to that – but does that make it worth the upgrade.

Nectar 3+ is a channel strip with real-time pitch correction, two EQs with dynamic and frequency tracking modes, two compressors, a de-esser, gate and harmony, plus delay saturation, reverb and dimension effects, as well as a limiter and a gain-riding feature. There’s also a separate RX 8 Breath Control plug-in, as well as Melodyne Essential for more in-depth note and pitch correction. Arguably the suite’s most useful feature is the Vocal Assistant, which listens to your tracks and generate presets for them. We find this one of iZotope’s finest AI assistants, as creating clean and balanced vocal sounds is much simpler than mixing a whole drum beat using Neutron or mastering a track using Ozone.

The whole package gives you everything you need to edit and produce pro-sounding vocals, and the slick GUI features excellent visual feedback and silky smooth spectrum and waveform views. 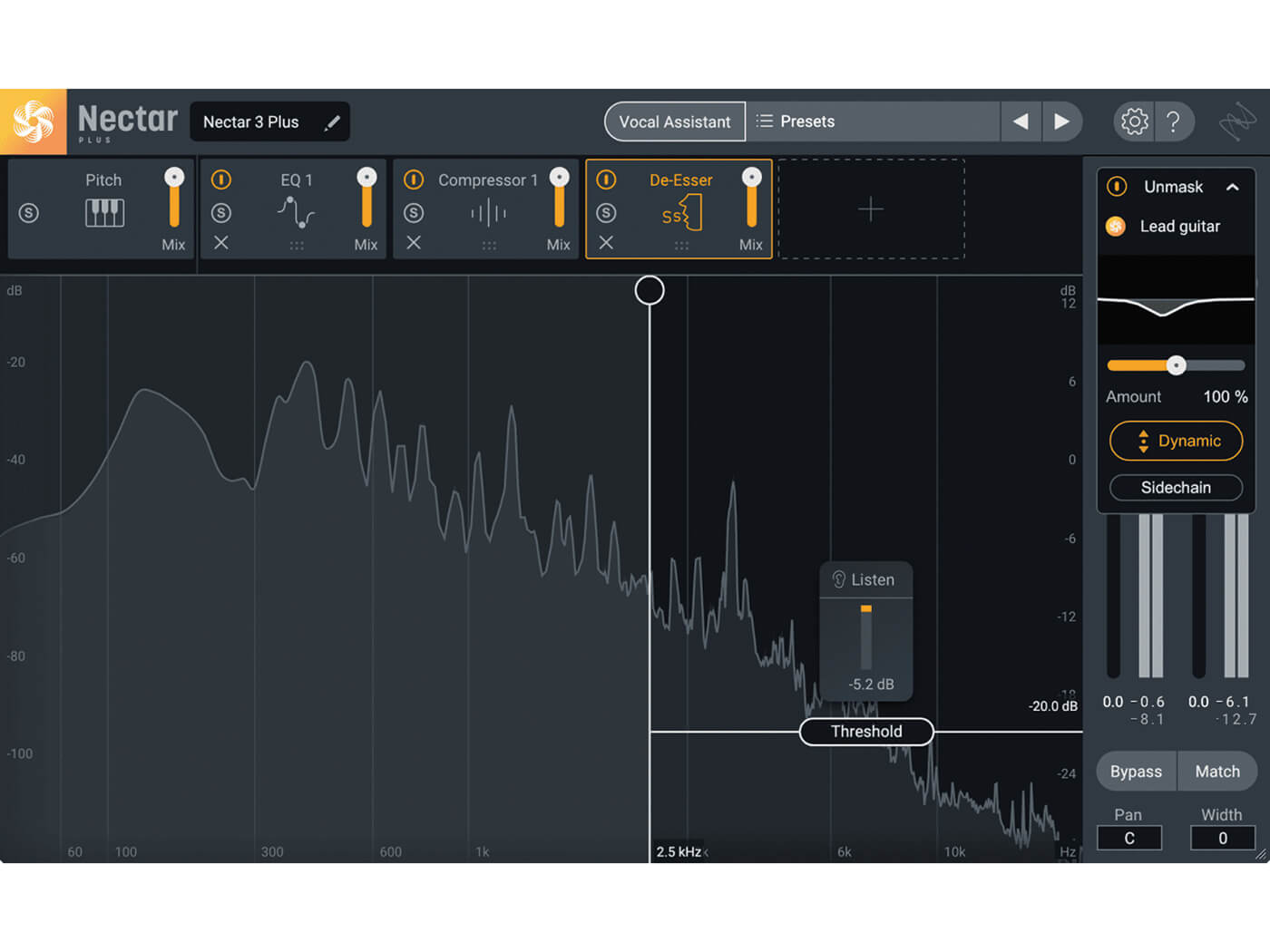 But it’s that new and improved Unmasking feature that prompted us to take a closer look at this upgraded package. This feature works by placing an instance of Nectar on your vocal track and another on any track or bus that has competing frequencies. You can also use Neutron or the included Relay plug-in for this. You then run the Unmasking function, which listens and works out where there are competing frequencies between the two signals before reducing these in your bus or instrument track.

The previous version of Nectar made this a static EQ curve, which meant that your track was affected even when the vocal wasn’t playing. But Nectar 3+ gives you an amount slider that runs from 0 to 200 per cent and with which you can control the effect. There’s also a Dynamic button that only ducks the clashing frequencies when they are present in the instrument track/bus.

You can go one step further too, and engage the sidechain, which only ducks dynamically while the vocal is playing. Sure, this may seem like a simple upgrade but it renders this function infinitely more useful, transparent and controllable. It can be used to help vocals sit more comfortably in the mix and carve out space around them without you needing to turn them up to hear them. You could also use it on instruments other than vocals.

Another addition of sorts, is that Key Detection has been added back to the Pitch module after it was inexplicably removed. For those interested in vocal production, iZotope has launched its new Producers Club membership. For £15 a month, you’ll get Nectar 3+, Vocal Synth 2 and more. Nectar 3+ is expensive for a small upgrade but it is an improvement.

Designed with Grammy-winning mixer Andrew Scheps, this channel-strip plug-in might not boast Nectar 3+’s flashier features but it does have a tried-and-tested set of vintage-sounding processors, and more.

It’s hard to find an alternative with the same massive feature list but this comes close. It includes Pro-Q 3, Pro-C 2, Pro-DS, Pro-G, Pro-R, Saturn 2 and Timeless 2. Excellent GUIs but without the vocal-focused workflow.