It’s just been announced but we’ve had one for weeks. Here’s the world’s first review of Novation’s latest controller… Price £149.99 Contact Focusrite Audio Engineering T: +44 1494 462246 W: uk.novationmusic.com Nearly four years ago we saw the first dedicated Live controller: the Akai APC 40. Its price of £400 was a significant investment for Live users, but the […] 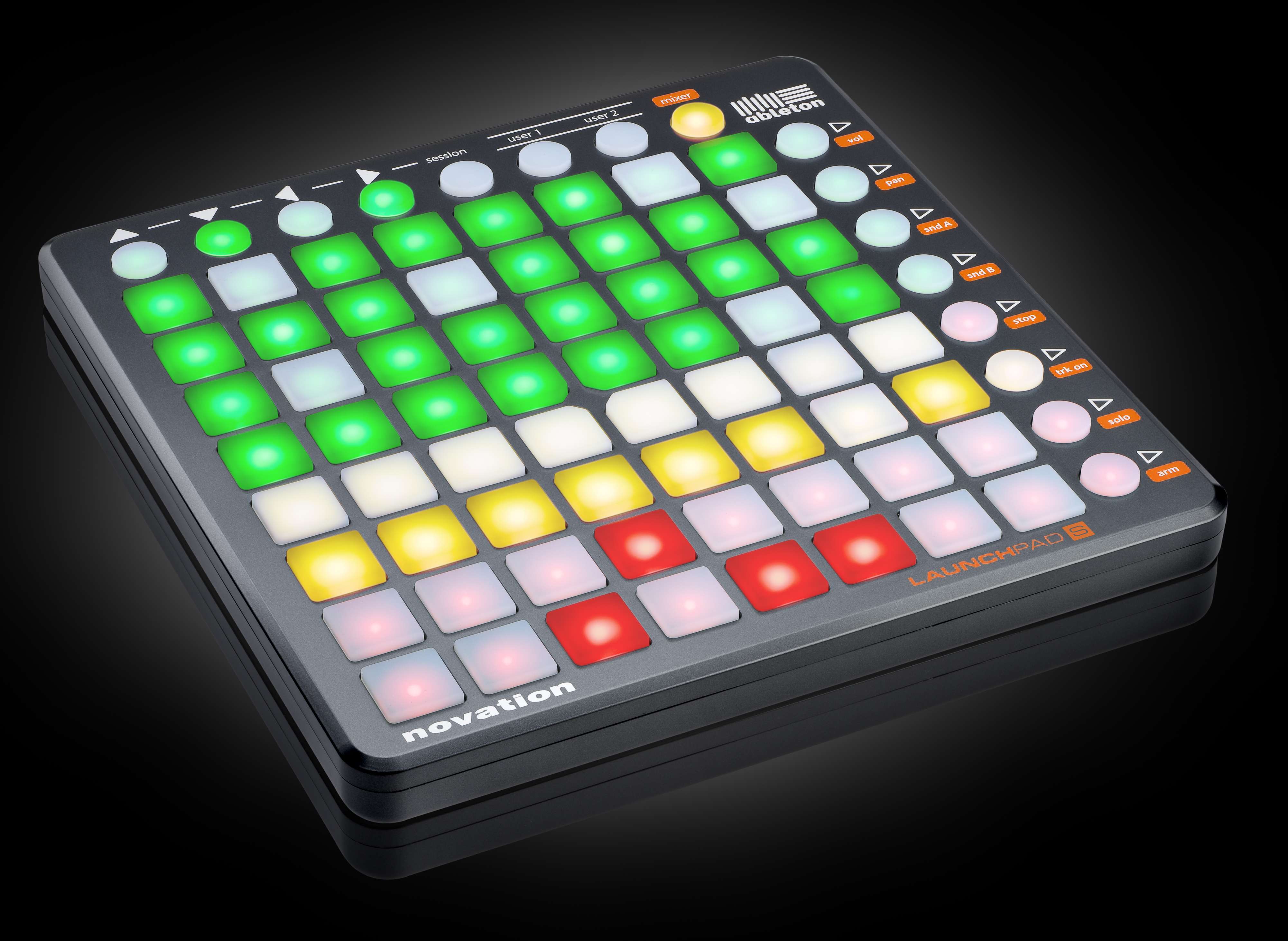 It’s just been announced but we’ve had one for weeks. Here’s the world’s first review of Novation’s latest controller… 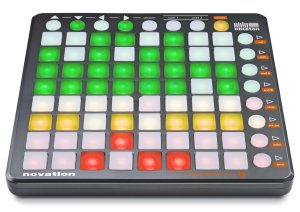 Nearly four years ago we saw the first dedicated Live controller: the Akai APC 40. Its price of £400 was a significant investment for Live users, but the inclusion of faders, rotary dials and buttons for higher level control of Live resulted in the APC’s placement in many studios and live set-ups. But not everyone wanted this style of hardware control so Novation entered the fray with the original Launchpad. It offered some of the APC’s features but in pad form and, at the price, became a no-brainer for many.

As a direct replacement to the original, the new Launchpad S looks very similar to it but comes with added extras. The grid still functions as before – it’s based around four modes which can be switched between using buttons at the top right of the unit.

Session Mode lets you launch scenes in Live’s Session View using buttons that run down the right hand vertical strip. Individual clips can be launched in the main grid area. When using a control surface like this in Live’s Session View, the area that the grid relates to will be surrounded with a coloured rectangle on Live’s screen. A set of four cursors in the top left of the Launchpad allows you to move this and therefore the Launchpad’s current focus. This is pretty straightforward once you’ve got used to working with the feeling of having them run up, down, left and right across in a row, rather than like a computer keyboard.

Mixer Mode turns the top four scene-launching buttons into page switches. Volume, Pan Position and Sends A & B can be controlled for eight tracks at a time. Clip Stopping, Track On, Solo and Arm Stay can all be viewed at once for general track control. The first four parameters are spread over the vertical strips each therefore offering an eight-step resolution. This could be seen as quite basic, but it’s actually perfectly fine for general, large changes in a live performance.

The two User Modes can be implemented for user defined MIDI mapping. Once mapped you can simply switch between them just as you would Session and Mixer Modes. This is great for custom toggled state assignments like an on/off control on certain effects, or to jump between two minimum and maximum values (which can be defined within Live’s own MIDI Map mode). A fun way to be expressive is to hold two pads that are spaced away from each other, so all pads in between provide incremental control when assigned to a parameter like filter cutoff. Ultimately you have a decent amount of control for customising your own performance.

All of the features we liked from the original Launchpad are here, and at first glance the LED display looks the same. But when you enable its new high power mode the LEDs are now bright enough to clearly see in daylight. Low power mode is available for use with an iPad through Apple’s Camera Connection Kit. The lower power requirements let you connect without a powered USB port, so this and the Launchpad app make a good combination, or you can use this with any other MIDI-based app.

The response time of the LEDs is another improvement. It comes into its own when triggering the lights via MIDI from your sequencer – you can program in all sorts of eye-catching imagery using the grid as your light show. For those who want to use more than one Launchpad you can now add a unique ID to each one making them easier to set up in Live’s MIDI preferences.

A final addition is ‘plug-n-play’ for other applications. Overlays for software including FLStudio are included so don’t think of ‘S’ as just a Live controller.

Launchpad S is certainly more than a cosmetic upgrade with a decent number of enhancements and extras. It represents a great way to control Live (and others) for less outlay.

Launchpad for iPad and Launchpad S

Here’s what Novation say about their Launchpad iPad app…

Novation has developed a Launchpad iPad app that enables loop triggering and effects from your iPad, independent of Ableton Live. Launchpad S can be connected to, and powered by, an iPad using a standard Camera Connection Kit. The app features a 1GB sample pack of brand new hand-picked loops curated by Loopmasters, ranging from drum samples to artist packs across a variety of modern genres.

While this could have easily been named Launchpad V2, the upgrades make a significant improvement to give the unit a new lease of life.