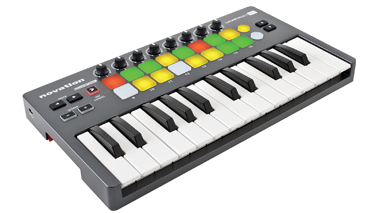 Can the second of Novation’s new trio of mini-sized instruments cater for the needs of the iPad generation? Andy Price takes a look… 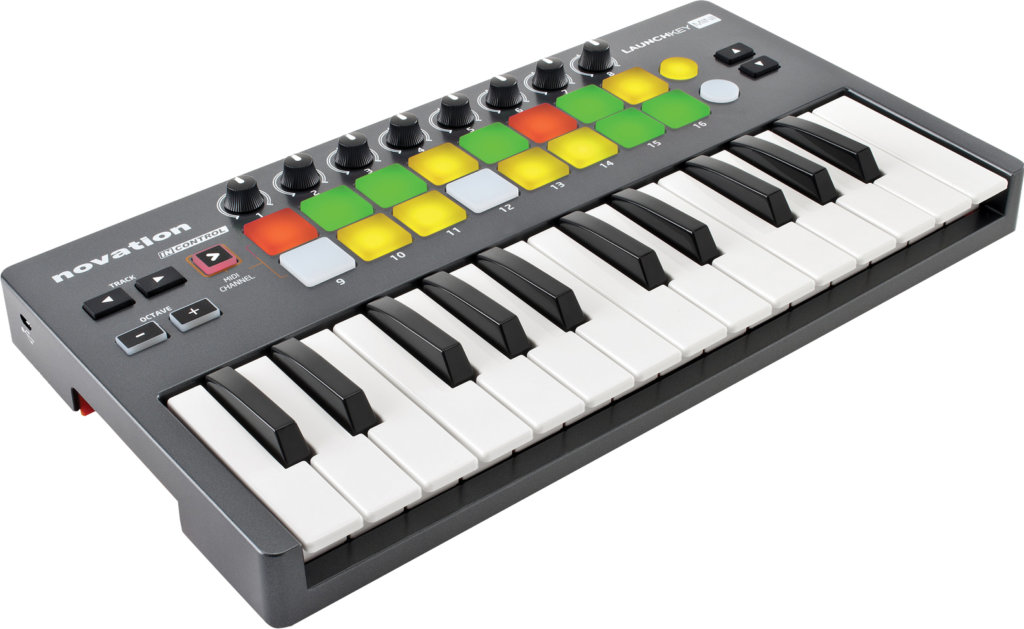 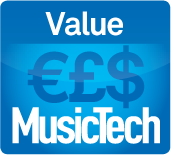 Last month I reviewed Novation’s Launchpad Mini: a wonderful, portable sample and loop triggering controller that looks very cool, is straightforward to use and clearly aimed at the young, creative and style conscious’, Novation dubbed ‘iPad generation’. This month I’m looking at the second of Novation’s three new Mini releases. The Launchkey Mini is like a miniature version of the Launchkey 25, however upon closer inspection it soon becomes apparent that the Launchkey Mini is much more than just a simplified version of a previous product.

The Launchkey Mini has a 25-note keyboard and 16 velocity sensitive, three-colour LED launch pads (which match the colours represented in the Launchkey app) eight customisable knobs and seven function buttons. You also get some lovely plug-ins bundled in the package for desktop users: the V-Station and Bass Station synths sound great as do the 80 synth sounds you get with the free Launchkey app. Although DAW integration is smooth and straightforward it’s clear from the outset that Novation’s focus is on iPad based composition. However the Launchkey Mini can also work with other tablets via USB operating both Windows 8 touch and Linux.

Integration with the free Launchkey app allows for a staggering amount of creative control with minimal setup time, the eight assignable rotary dials control a range of varying parameters that alter the myriad presets substantially, resulting in quite a range of sounds and effects. What is really great is that both Launchpad and key apps work fluidly together and can be switched on the fly using the Launchkey Mini’s left and right track selection buttons. The synchronisation works impeccably although when using an older iPad we noticed some lag when switching so it’s best to use the recommended second generation iPad or newer.

The fusion of these two apps results in, essentially, an all-in-one iOS based alternative to desktop production. We had immense fun experimenting with the synth presets whilst triggering a layer of loops and pads with the Launchpad app. We were particularly fond of a preset entitled Not OK Computer and the dynamic arpeggiator function. The speed and quality of the music we made using the apps controlled by the Mini was remarkable.

Not Just Live
Although historically Novation’s controllers have had a very Ableton-focused setup, these new mini versions boast the ability to interface with any DAW including Cubase, Logic, Pro Tools and Reason. The Launchkey Mini also has FL Studio templates included, as do the rest of the instruments in the Launch range which is great to see.

Physically the Launchkey is light, sleek and attractive, with the same rubber bottom as its other Mini-siblings. The LED lighted pads are striking and are highly useful in a performance context and also when quickly composing, with their functionality changing depending on what app is currently in use – with colours changing accordingly.

We were interested to see how the Launchkey Mini would perform in a normal recording context, and the simple and straightforward layout made life very simple. Using Novation’s patented InControl we were able to select between sending generic MIDI signals and individually customised templates. The pads were used to trigger drum loops initially and then we switched on InControl to tweak our sound effects quickly and painlessly while also controlling parameters such as muting and soloing tracks.

As with the Launchpad Mini, iPad interfacing is achieved through the not-included Apple Camera Connection Kit. It’s a tad annoying having to shell out for one, especially as Novation has stressed how these instruments are being designed with their eponymous iPad apps and mobile users in mind. But this is really our only criticism of an otherwise superb creative tool. It is immense fun to play, offering a huge range of ideas with little physical space taken up in-studio and no mains powering required – one of the finest mobile instruments money can buy. 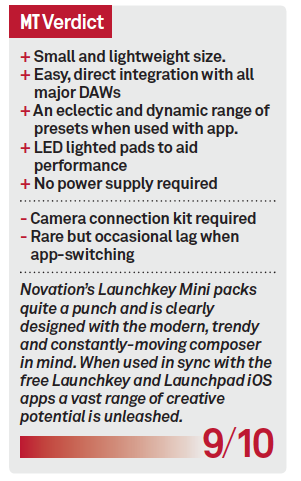